Woodland - the most popular forest camouflage 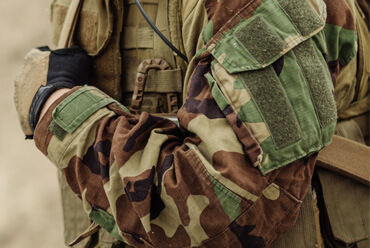 Combat operations take place in various natural circumstances. That's why camouflage is so important. Thanks to it, a soldier can blend in with his surroundings. Woodland camouflage works very well in forest conditions. Especially in autumn and spring. All thanks to appropriate color saturation. For masking to fulfill its function, all color factors should be meticulously matched. Playing ASG in good camouflage can be more fun. It's time to familiarize you with the characteristics and history of Woodland camouflage. This is a classic among camouflages. One of the most popular and most available.

The exact name is M81 Woodland. Camouflage was used primarily by the US Armed Forces, including: US Army, United States Marine Corps, United States Air Force and United States Navy. Thanks to its popularity and good quality, it has been used in other armies in the world. Among other things, the Russian army introduced a NATO camouflage modeled on Woodland. At the moment M81 is out of use. Partially replaced by masking Marpat and UCP. However, we can still meet him in mass culture. It is probably the most common among all camouflages.

The predecessor of Woodland camouflage was ERDL, which was used during the Vietnam War. Woodland was put into use in 1981. The pattern has been slightly modified. The shapes were made less regular and were enlarged by 60% compared to their predecessor. The pattern is less visible from closer distances. Woodland was used during short-range fighting, hence the solution. The original M81 Woodland pattern is made of NyCo material, i.e. a combination of half nylon and cotton. Later versions were made of cotton reinforced with Rip-Stop mesh. Camouflage consists of olive, brown, black and coyote. It is used in the following armies: USA, Armenia, Bosnia and Herzegovina, Cambodia, Russia, China, Croatia, France, Spain, Italy, Iran, Pakistan.

In our store you can stock up on the entire outfit in Woodland camouflage. Thanks to this, you will be undetectable when playing ASG or Paintball. If you take part in reconstructions, then products from Milworld.pl will make your clothes look very realistic. Nothing but put on a mask and go to the forest. Great fun guaranteed! 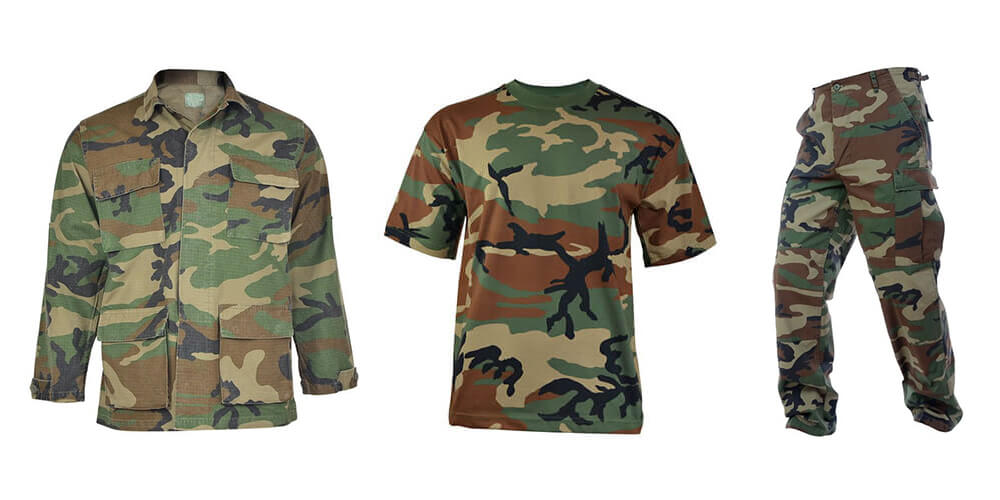 T-Shirt Max Fuchs made of combed cotton will make you very comfortable. T-shirt is nice to touch and airy. The classic cut guarantees freedom of movement. Plus, BDU Rip-Stop Mil-Tec pants. Reinforced with an additional Rip-Stop mesh that prevents the material from ripping. Equipped with 6 pockets, convenient and practical to use. The pants were sewn from specially prepared cotton with a washing effect. The matching outerwear will be the BDU Rip-Stop Teesar Field Blouse. The sweatshirt is made of cotton reinforced with Rip-Stop mesh. It has 4 roomy pockets. The factory effect of washing gives it a unique look. 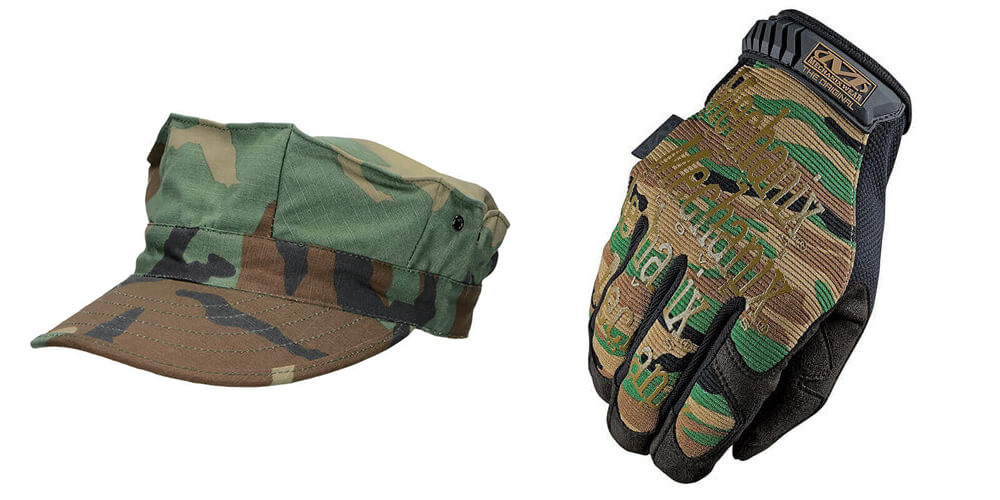 Gloves and patrol hat will be useful accessories. Mechanix Wear gloves were designed for soldiers and members of special units. Made of comfortable Spandex. The glove fits well in the hand. They are additionally strengthened, thanks to which their resistance to oils and water is much higher. Patrol hat of the Polish Texar brand made of 100% cotton. The cap is reinforced with Rip-Stop mesh. It protects well against sunlight and rainfall. 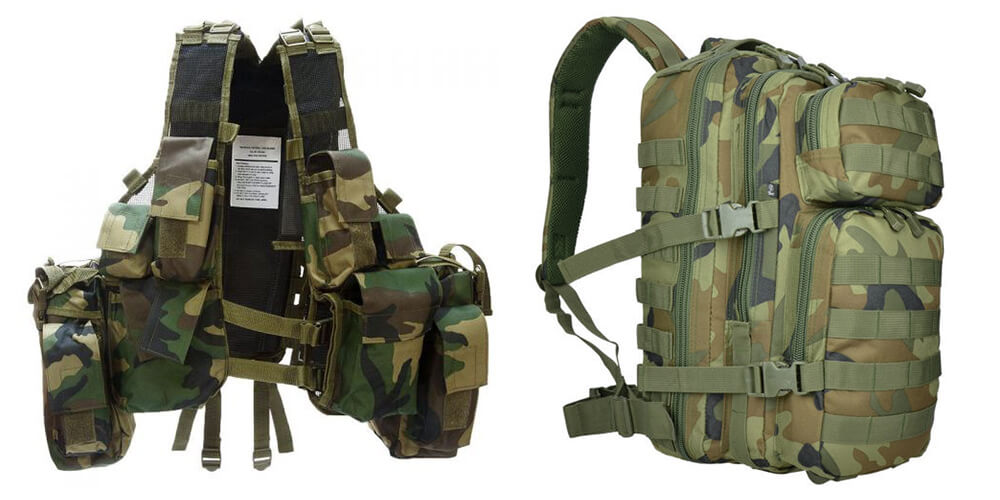 The Brandit US Cooper 25-liter tactical backpack will also come in handy. It is fully compatible with the MOLLE gear system. Made of polyester, thanks to which it is resistant to abrasion. It is characterized by high carrying comfort. It has adjustable arms and a waist belt, so you can adjust it well to your body. 4 capacious chambers will easily fit everything you need. The last element that will complement your set is the Mil-Tec tactical vest. Made of high quality polyester with a PVC coating. Equipped with 12 pouches of different sizes. Its interior is lined with mesh - it provides better air circulation. The support system is fully adjustable, which means that it will not restrict or restrict your movements.

Woodland could have been in contact with most people, even unknowingly. Camouflage is a permanent pop culture. The Americanization of today's fashion has a big impact on how everyone dresses. TV and boulevard stars also wear Woodland camouflage clothes. The phenomenon of this phenomenon is probably due to the firepower of the image of the American army. Just because Woodland has hit the bull's eye doesn't mean it won't work on the battlefield. It worked and still works. See for yourself by putting on forest colors.