Visit with Milworld.pl: By bike around Bornholm 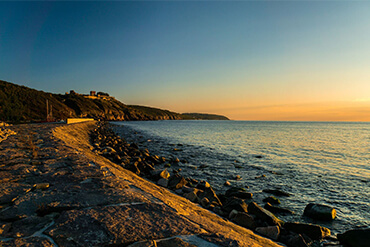 Holidays are the best time to visit various interesting places. Often, not so obvious. We will present one of them below. This is the Danish island of Bornholm, also known as the Mallorca of the North. Probably because of its natural beauty. It is a place that will overindulge you with the number of cycle routes. It is also a hiking paradise. Enjoy a trip to the most interesting places on Bornholm. Let's go! 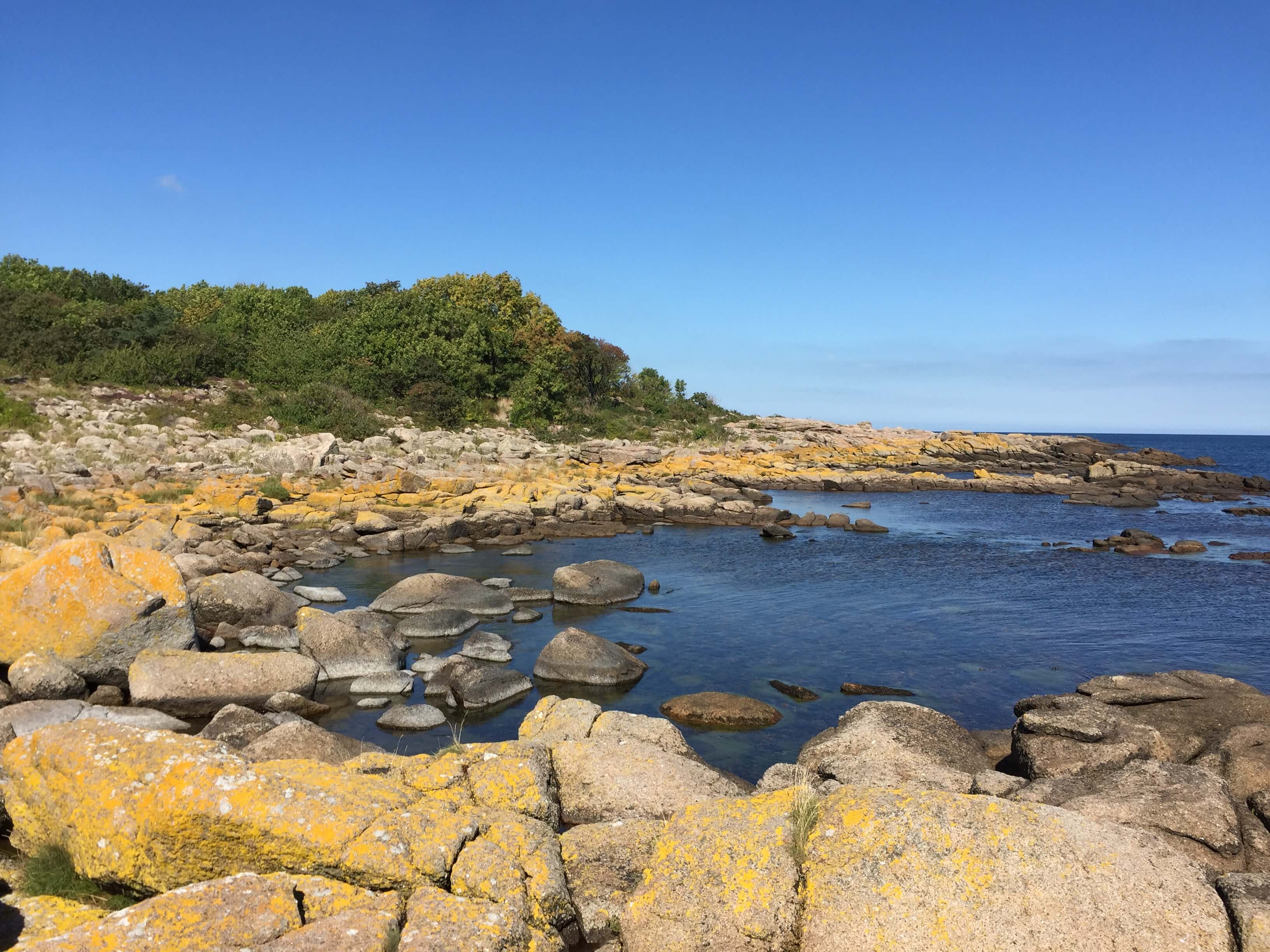 Due to its small area and specific climate - there is never winter here, the lowest temperatures are around 10 degrees Celsius, which attracts many cyclists every year. They are both young people, families with children and the elderly. What does it have to offer?

The island is covered with numerous well-prepared and safe bicycle paths. Most of them are located at an optimal distance from road traffic, on old, liquidated railway routes, only some sections are connected with the streets.

All roads are marked with green boards with the word Cykelvej (cycle path) with the number of the road and the name and distance from the nearest town.

Bornholm's cycle paths are divided into two parts, easier in the south of the island and more difficult, with steeper climbs in the north. However, none of them should be difficult even for novice bicycle travelers. 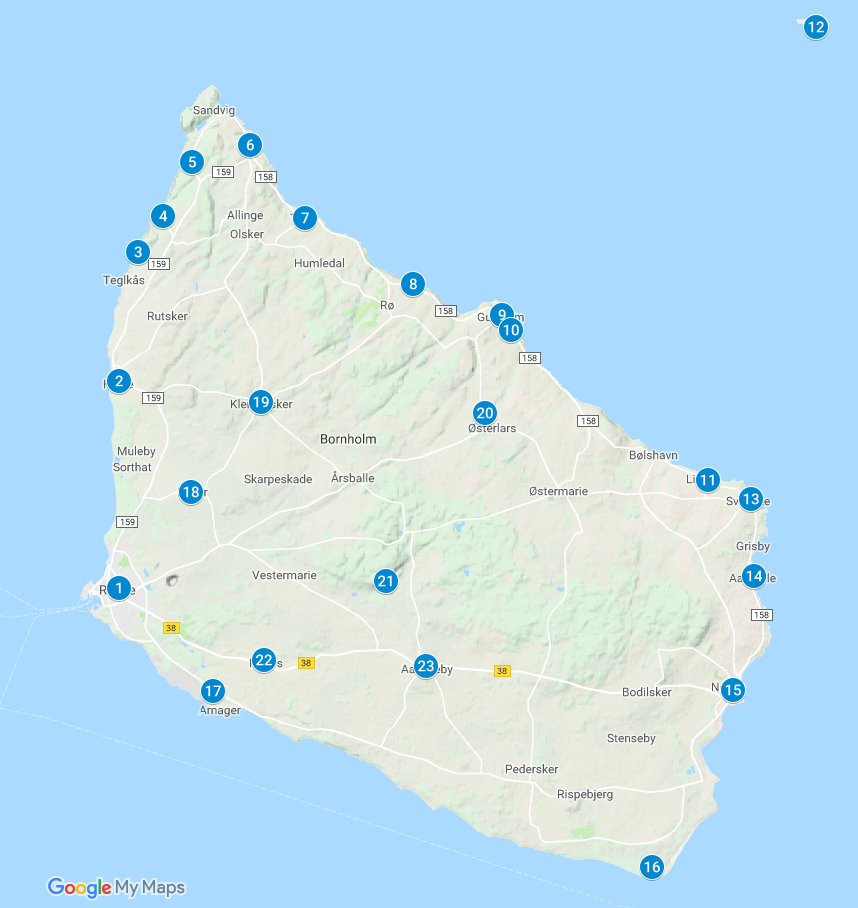 It's time to start sightseeing

Starting your cycling adventure in Rønne (1), the largest city and seaport on the west side of the Danish island, it is worth visiting the Town Square, Bornholm Museum and Hjorths Stentøj - a working factory, museum in which stoneware is made.

Going north, it is worth stopping in Hasle (2) because of the picturesque port and herring smokehouses. 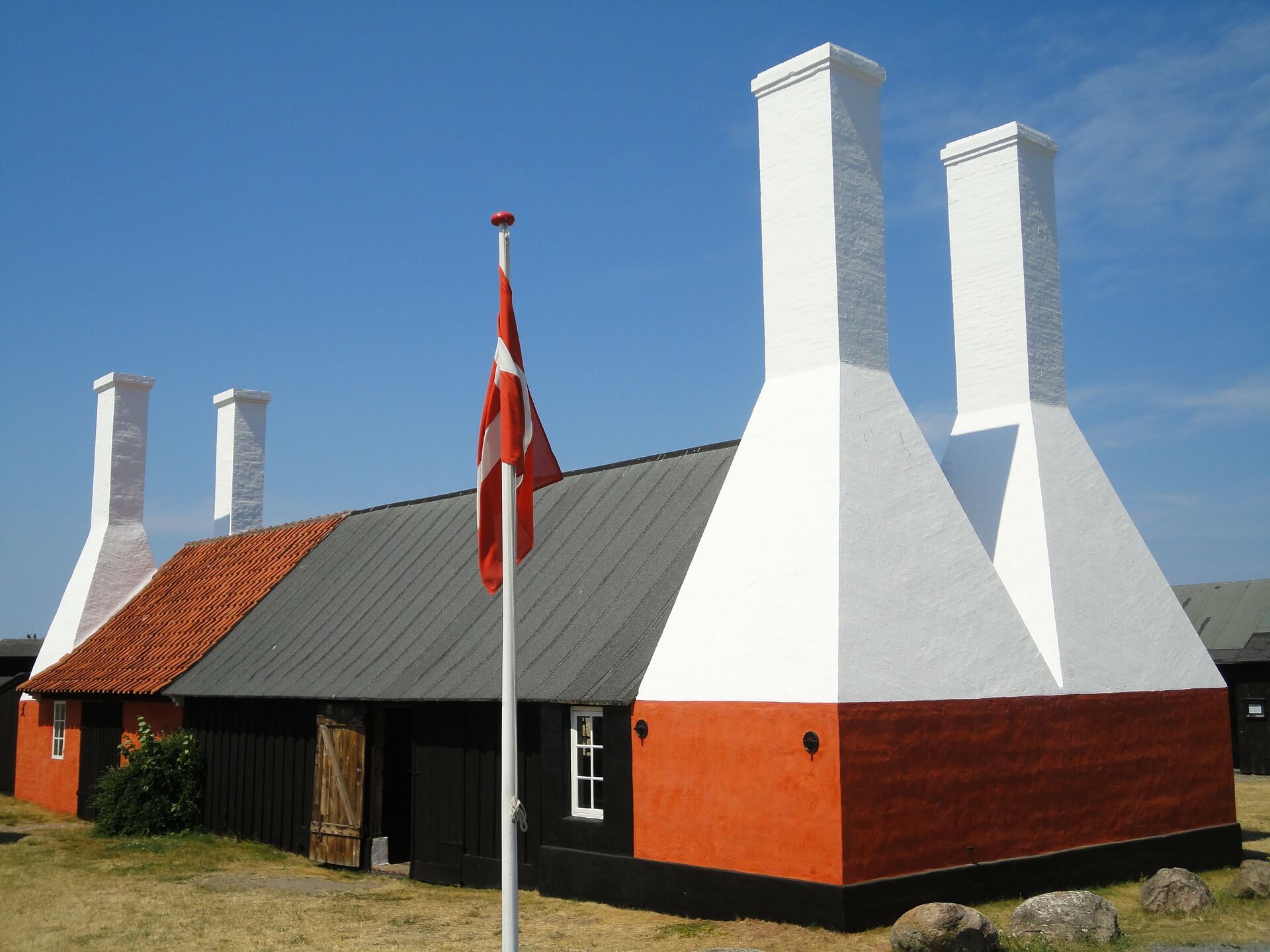 One of the island's smokehouses

The next point on the map of Bornholm is the Jon Chapel (3) - it is a 20-meter high rock from which, according to the legend, monk Jon converted the infidels of Bornholm to Christianity. A few kilometers further in Vang (4), you can visit the historic Vandmølle Watermill. It is also worth going to the Slotslyngen nature reserve (5) and towards the ruins of Hammershus Castle, the largest of its kind in Europe, located on the northern tip of the island.

Driving through Allinge (6) towards the south, you can reach Tejn (7). There is another small smokehouse and a noteworthy rotating windmill.

Less than 5 km further in Helligdommen (8), you can admire the 22 meters high Heligdomsklipperne rock formations and the work of island artists at the Bornholm Art Museum. Also in Gudhjem (9) there are many art galleries where artists trade their works.

Nearby, in the village of Melsted (10) is the Agricultural Museum (Landbrugsmuseet).

About 10 km further from the small marina in Listed (11) you can admire the view of the Ertholmene archipelago (12) consisting of 3 islands (inhabited by 100 people) approximately 20 km towards the north. The smallest of them has an area of 4 ha, and the largest 22 ha, inhabited by only 100 people. On your way to Svaneke (13), the easternmost town, you will find the charming 200-year-old houses, which won the city with the European Gold Medal for preserving character. The only brewery in Bornholm, Bryghuset, is located in Svaneke.

Another important point is Nexø (15) with the largest fishing port on the island. There, it is worth visiting the De Bornholmske Jernbaner Museum of the Bornholm Railway and the Bornholm’s Sommerfuglepark & Tropeland Butterfly Park. 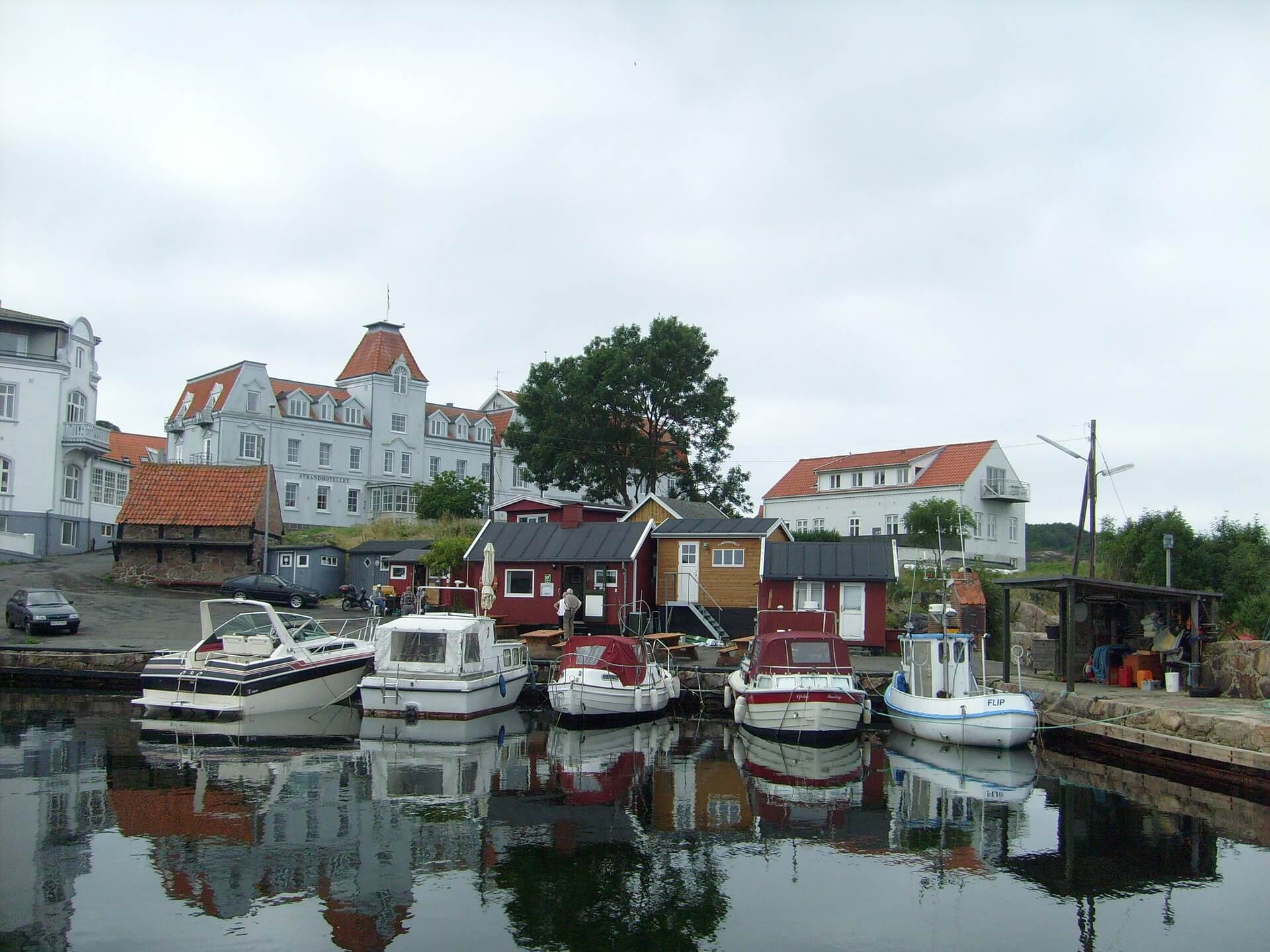 On the way to Nexø, stop in Årsdale (14) to see the Årsdale Mølle windmill and try smoked herring at the nearby bornholmer smokehouse, served on a slice of brown bread, lettuce leaf, with onion and radish. 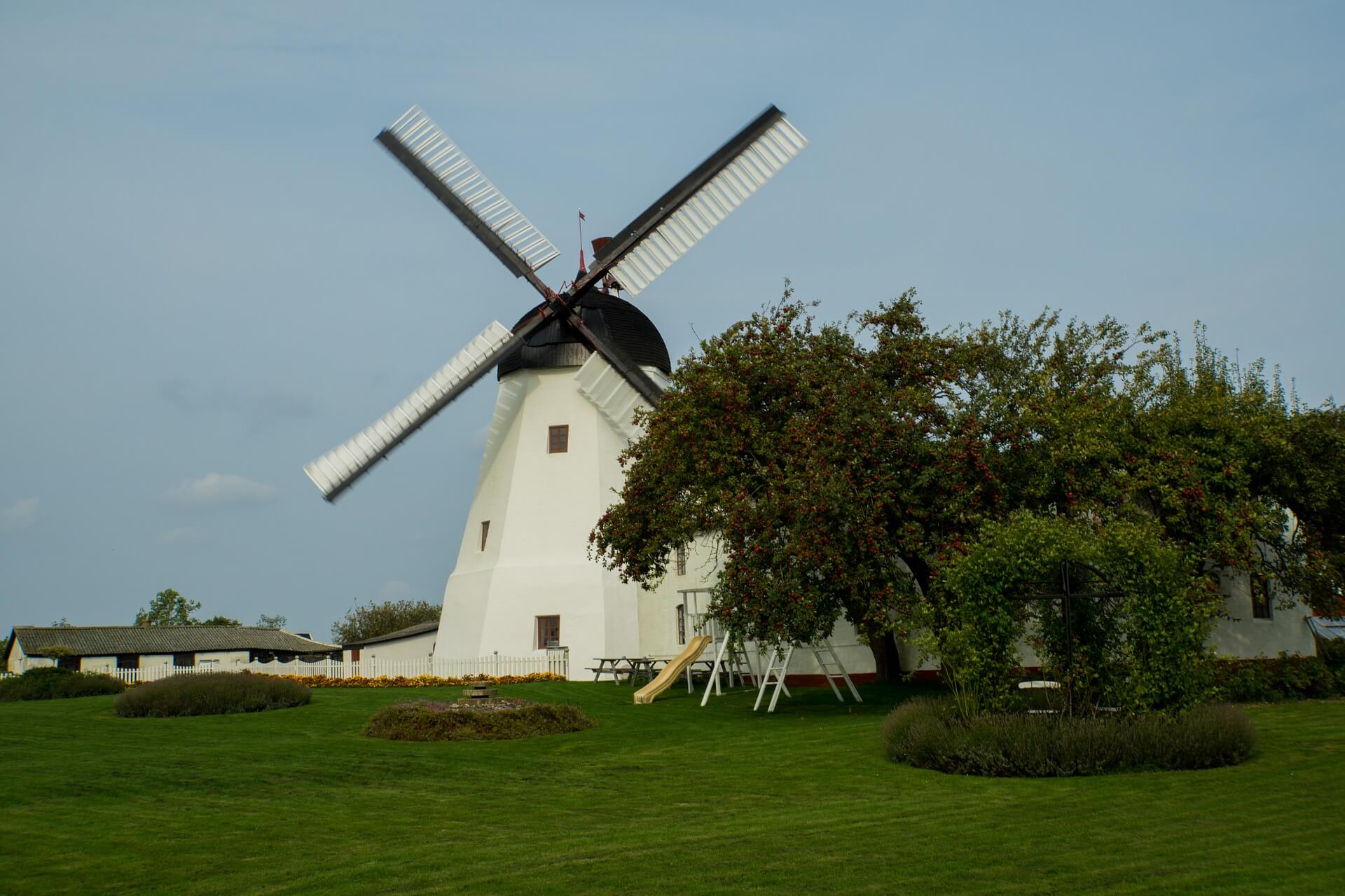 One of the many windmills located on the island

Going further south, you will find the Dueodde Fyr lighthouse (16). It is 47 m high and is one of the tallest lighthouses in Denmark, it is a point on the shoreline that warns ships from the southern tip of the island.

Ending route number 10 along the coast, we pass Bornholm Airport in Argnager (17) towards the island's capital.

Looking deeper into the island, it is worth seeing one of the rotundas in Nyker (18) located on cycle route No. 23. 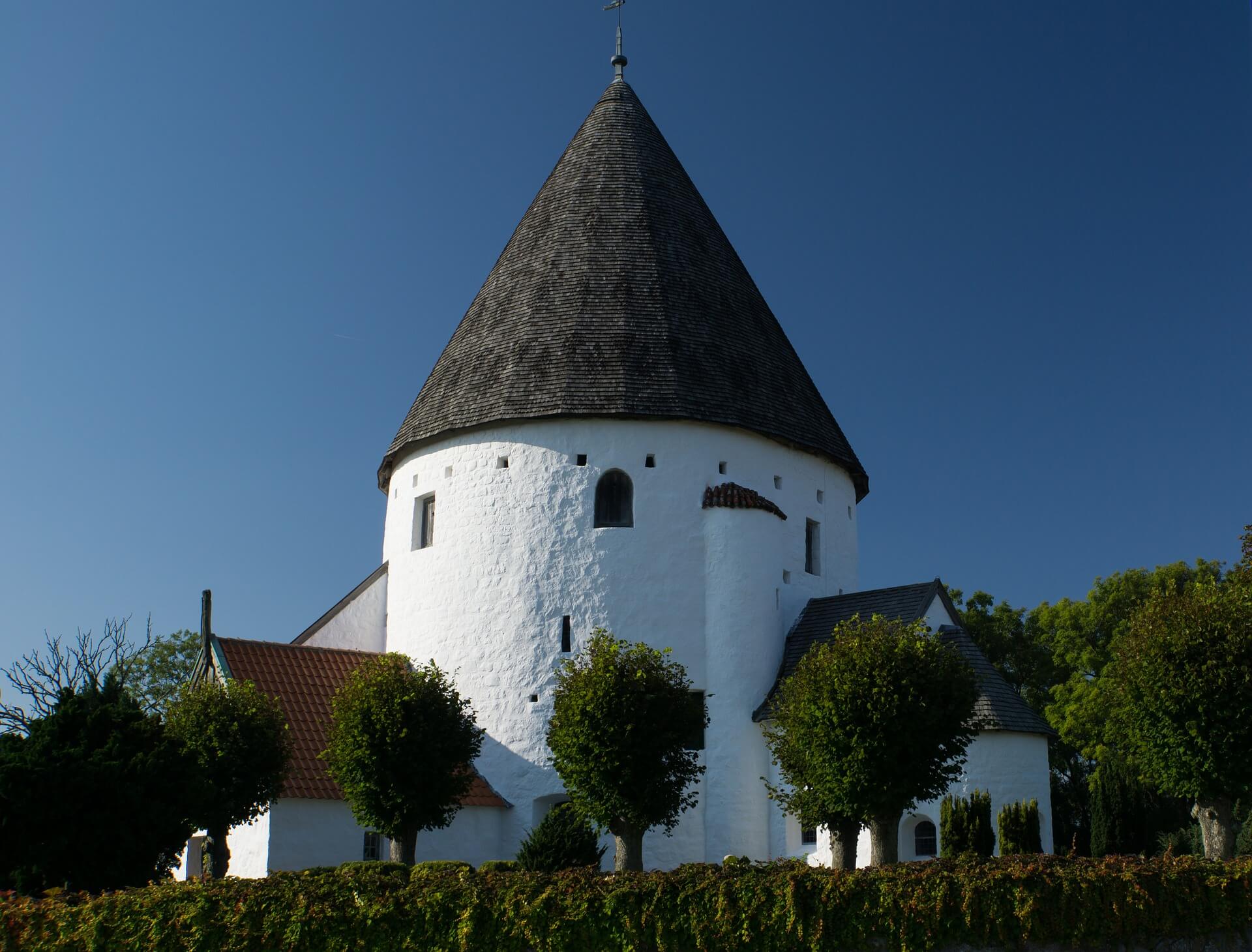 A few kilometers further in Klemensker (19) you can see a world-famous dairy, producing cheeses mainly exported to Japan and the USA. Another point of visiting the island is the rotunda church in Østerlars (20) dedicated to St. Lawrence, next to which there is a cemetery that is surprising in its appearance and style. Bornholm’s Middelaldercenter is also nearby. However, this is not an ordinary museum, the Scandinavians bring life to such places. In summer, you can meet many volunteers there.

In Almindingen, one of the largest forests in Denmark, it is worth stopping at the Echo Valley Ekkodalen (21) of the longest gulf (12 km) in that country.

3 km northwest of Nexo is Paradisbakkerne, Paradise Hills. It is a private area and consists of hilly, rocky landscapes with narrow crevice valleys lined with almost vertical rocks. 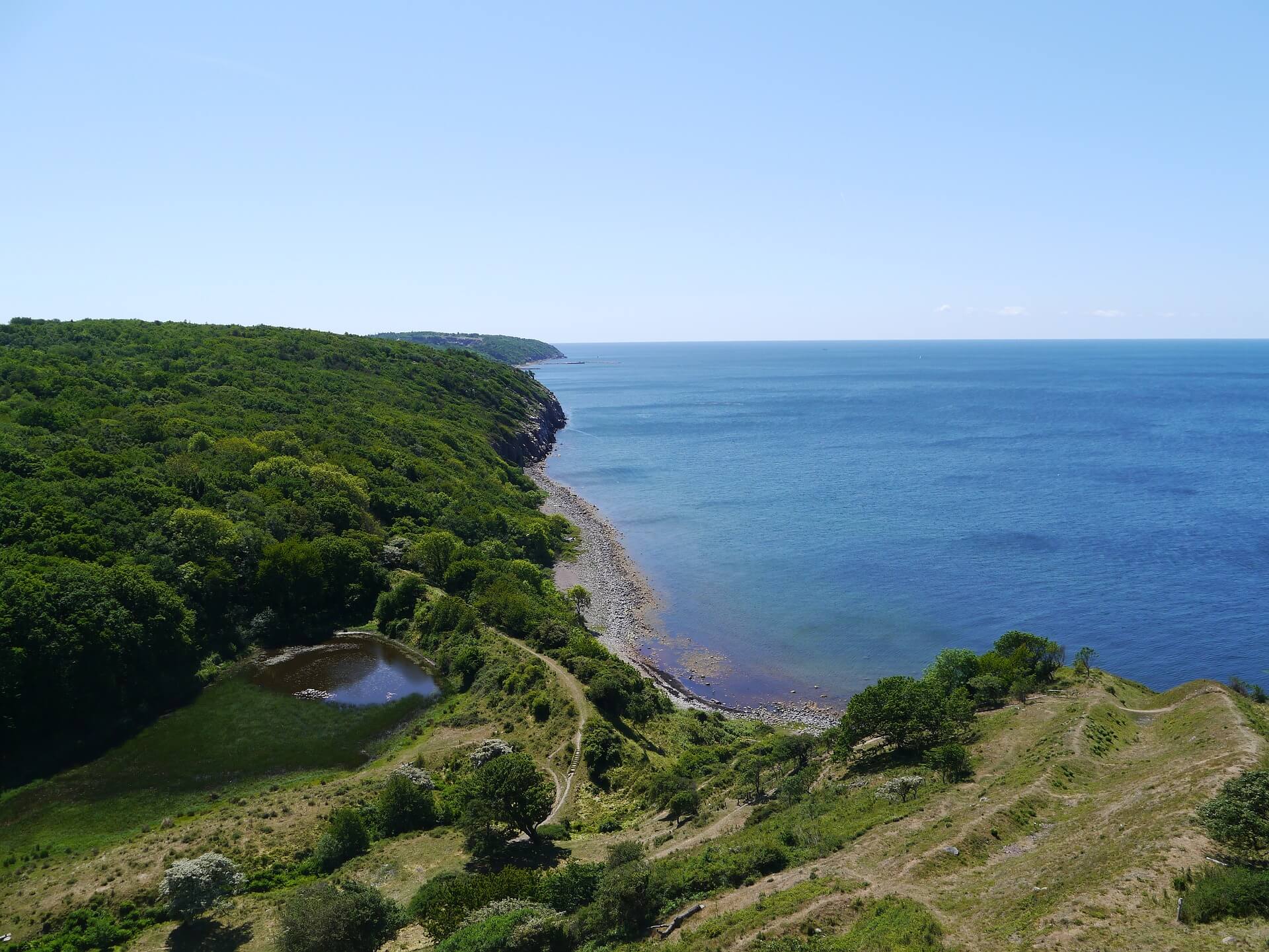 View of Bornholm's coast from the ruins of Hammershus Castle

Another interesting point on the map of Bornholm with another rotunda is Nylars (22), which has the oldest wall paintings on the island.

Aakirkeby (23) - the former capital of the island is located at the junction of roads 21, 24 and 25. There, it is worth visiting the natural history center NaturBornholm, the Town Square with a mosaic in the shape of an island, and the Bornholm’s Automobilmuseum with a collection of old cars.