Trekking gaiters - which one to choose? 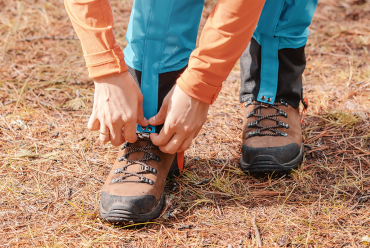 When going to the mountains, you will definitely not forget about a backpack, decent footwear and a jacket that will cover the upper part of the body. But what about wet pants and the water that gets into the shoe? To prevent the negative effects of tearing through rain, snow or mud, gaiters were invented - waterproof leg protectors. The material, which extends from the ankles to the knees, has been widened at the bottom to cover a large part of the upper. Dry pants and shoes while hiking - that sounds great. But how to choose the right gaiters? We invite you to read the post!

Attaching gaiters - a hook, a rope or a strap?

The vast majority of models are fastened with a zipper, which guarantees easy putting on and taking off the pads. Due to the stiffness of the material, the upper part of the gaiters does not slide off, which makes it unnecessary to attach it under the knee. Sometimes, however, the upper cuff is elastic or tightened with a spring cord, which improves the fit to the leg. The first significant difference between the various models is the way of attaching trekking gaiters to shoes. But what to fasten the pads with - with a hook, belt or rope? 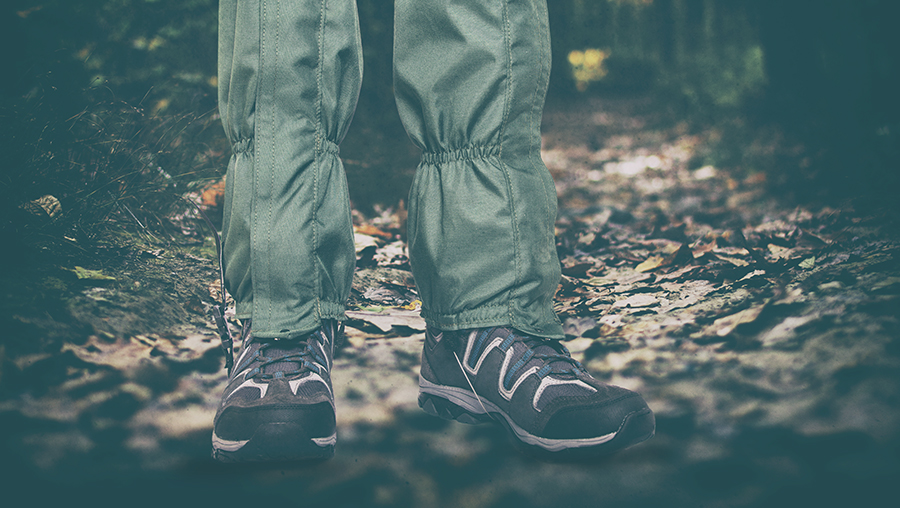 The rope under the sole firmly fastens the gaiter to the shoe.

At the outset, it should be noted that the lower fastening element is permanently placed in the gaiters and it is not possible to easily replace, for example, a cord with a belt. The easiest way to attach it is to attach the protectors to your shoes with a laces hook. Gaiters with a steel cord can be more strongly joined to the shoe – cord reaches under the sole. For example, a small belt with a buckle is used to adjust this line, thanks to which the fastening becomes even more solid.

Among the recommended models, it is also worth mentioning surplus gaiters, which were used by the Swiss army. This is an example of a model with a strap, which - just like the rope - is attached under the sole. It is worth noting that a fairly wide belt made of leather or plastic does not damage the bottom of the shoes as much as a metal cord sticking into the rubber. The disadvantage of the belt is the accumulation of snow or mud that remains under the sole. 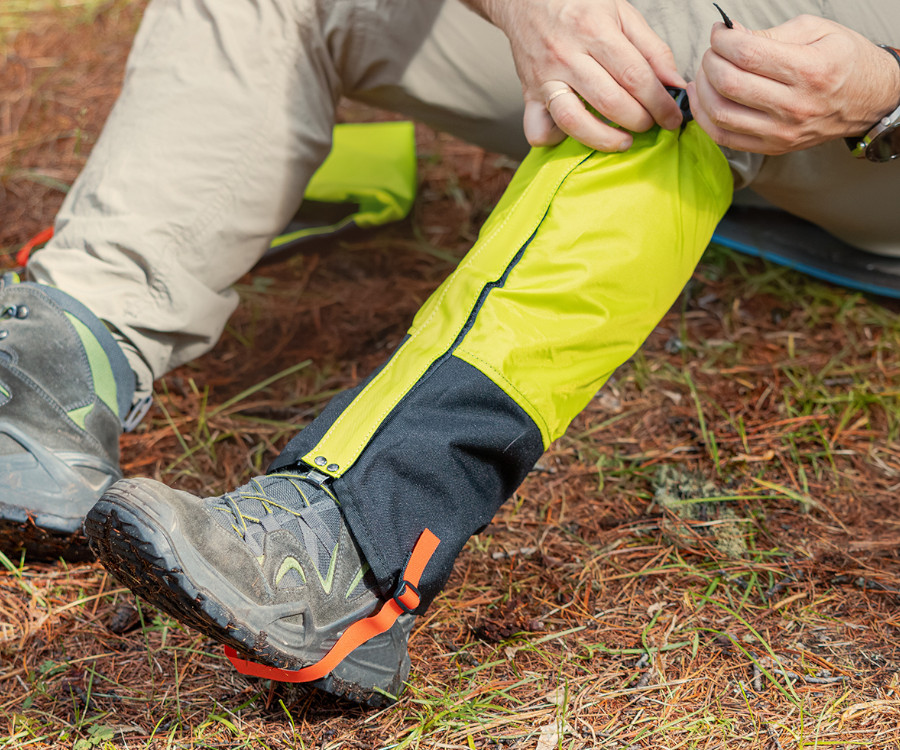 The advantage of attaching the gaiters with a strap is its durability and not damaging the sole. Minus? Snow and mud can collect between the strap and the sole.

What gaiters to take on a mountain trek?

The above model is intended for winter use. In the Swiss Alps, where the protectors had the opportunity to work, there is no shortage of snow, against which warm felt and synthetic leather. This ensures that the gaiters are windproof and waterproof. In addition, they prevent accidental tearing of trousers or uppers with the use of snow crampons spikes. An alternative to winter gaiters are snow boots - shoes with insulation and a high upper that protects both the bottom of the leg and the inside of the shoe from water. 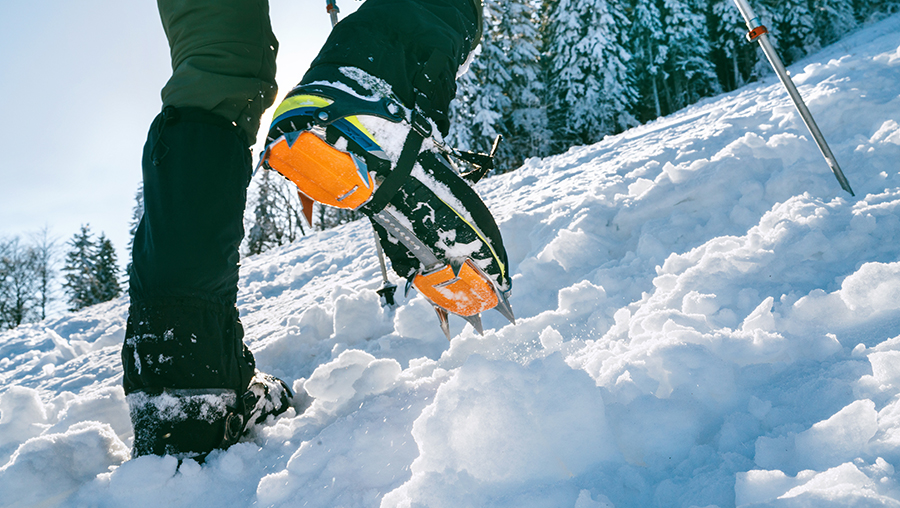 Gaiters not only protect against cold and moisture, but also against the spikes of crampons.

In autumn or late spring, three-layer gaiters with a breathable membrane membrane and warm polyester lining will be useful. The vapor-permeable layer in the middle of the model will prevent the leg from sweating. It is also worth appreciating the nylon outer shells that will protect you from wind and water. However, if you are going to the mountains for summer hiking, opt for single-layer rain gaiters. The thin nylon, which will not overheat the legs, has been covered with a water-repellent polyurethane. A single-layer model is an effective way to protect pants and shoes against sudden rain and wind, which like to surprise you in the warmest season.