On the occasion of the 100th anniversary of Poland regaining independence, we will introduce you to the brief history of the Polish "Panther" camouflage. This is the most popular camouflage in the Polish army. Known in military and paramilitary circles. Everyone who has used this masking appreciates its design. Its shape resembles Woodland. However, it differs in color saturation. Polish "Panther" is valued all over the world. What is the history of pattern 93? We invite you to read.

Camouflage was based on experimental designs designed in the 1970s. The name pattern 93 came from the year in which it was created - exactly 1993. "Panther" became the successor of the "Puma" camouflage. The difference between the two boils down to operational efficiency. The colors of the "Panther" spots contrast with each other more.

Pattern 93 is the first camouflage designed after 1993. It was developed by one of the officers of the Polish special unit GROM. Originally, it was to be used in this unit. In the mid-90s it was adopted in the entire Armed Forces of the Republic of Poland. In addition to the Polish Army, it is also used in armed formations subordinate to the Ministry of the Interior, namely: the Border Guard, the Vistula Military Units of the Ministry of the Interior and the Government Protection Bureau.

The colors of the "Panther" camouflage uniform are dark green, brown and black, printed on an olive green background. Uniforms are characterized by irregular spots distribution. Masking passed its baptism of fire during the UNPROFOR mission. These were actions aimed at preserving peace in former Yugoslavia. The mission lasted from February 1992 to the end of March 1995.

At the beginning of the 21st century, the Polish army began to take part in missions in the desert, including Afghanistan and Iraq. This necessitated the design of the desert version of "Panther". The official desert variant was presented in 2002. The pattern scheme is identical, but the colors have been changed. It had to be adapted to the conditions in the desert. 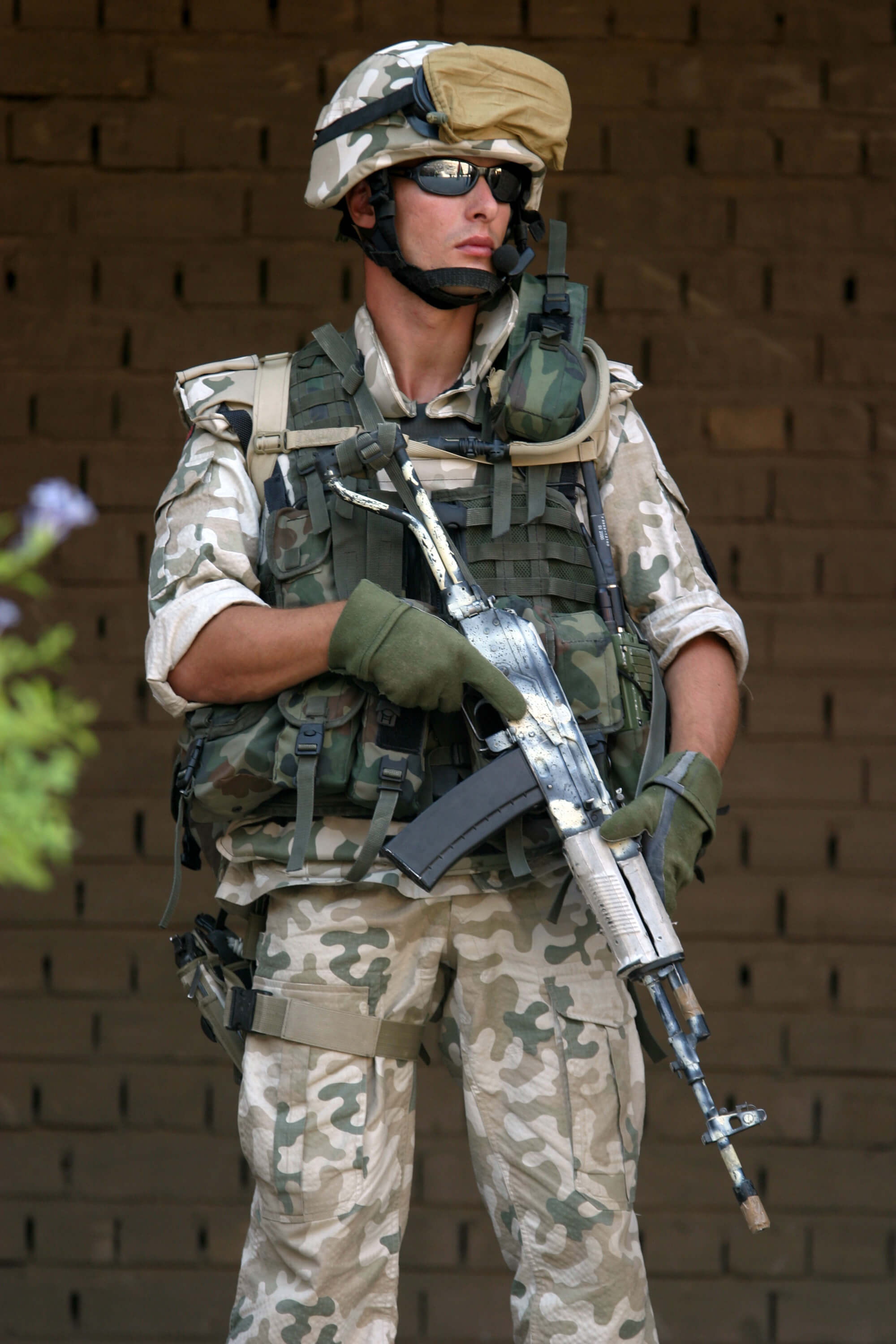 In our store you will complete the entire outfit in pattern 93. All thanks to the Polish brand Texar, which produces clothes in this camouflage. 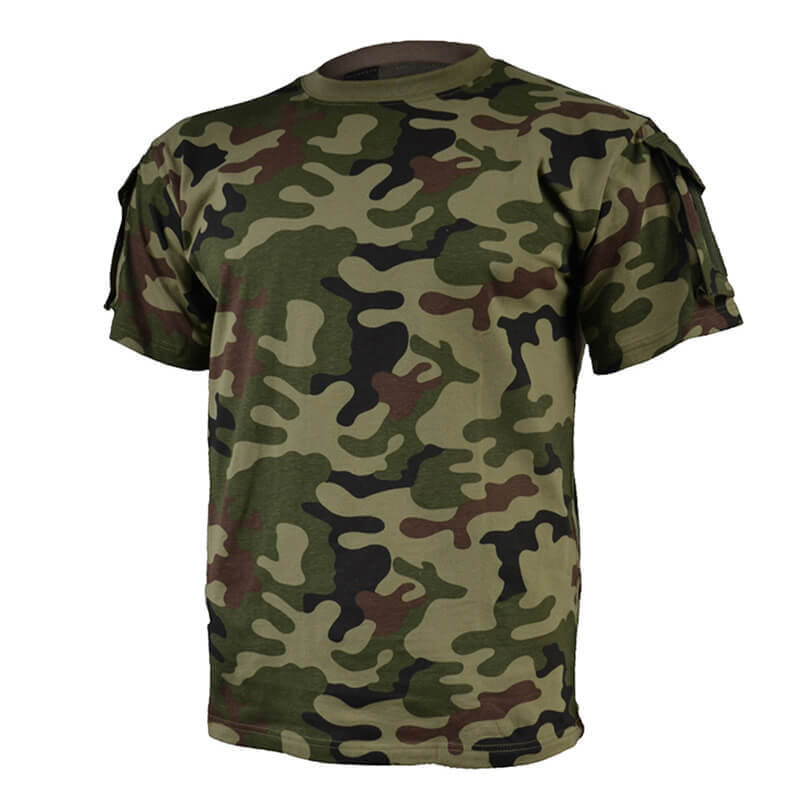 Classic Duty T-shirt made of high quality combed cotton. The biggest advantages of this material are breathability and high comfort of use. The material is pleasant to the touch and does not lose color in the wash. An additional advantage are the pockets placed symmetrically on both sleeves. 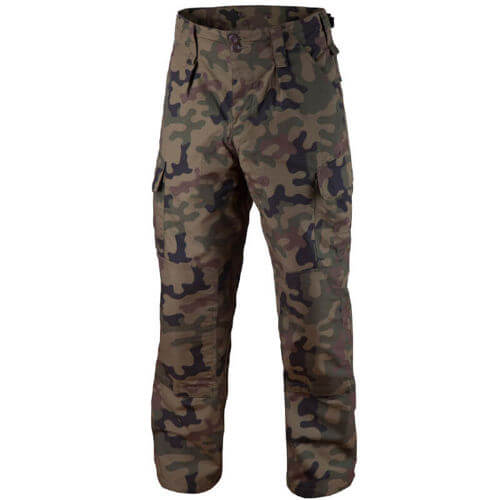 For the T-shirt, choose comfortable tactical pants WZ10. Reinforced with Rip-Stop mesh. They are characterized by resistance to abrasion and tearing. Equipped with 6 pockets. It's a good choice every day and in demanding terrain. Made of PoliCotton - a combination of polyester and cotton. 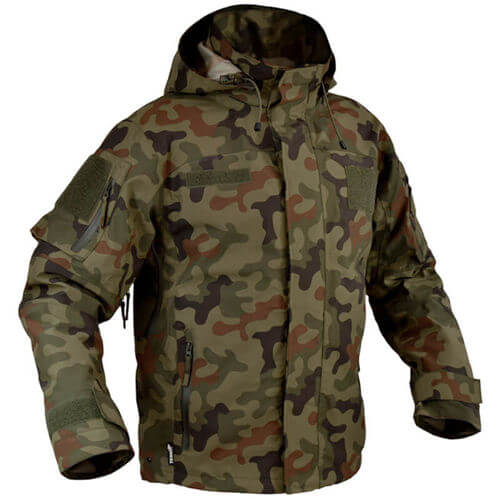 Put the Conger tactical jacket on top. Works well on colder days. It is resistant to rain and wind. Just in time for the transition between autumn and winter. Made of nylon, which properly filters the air. When the rain stops, you can unhook the hood. Velcro panels are placed on the chest and sleeves. Thanks to them you can attach your emblems. 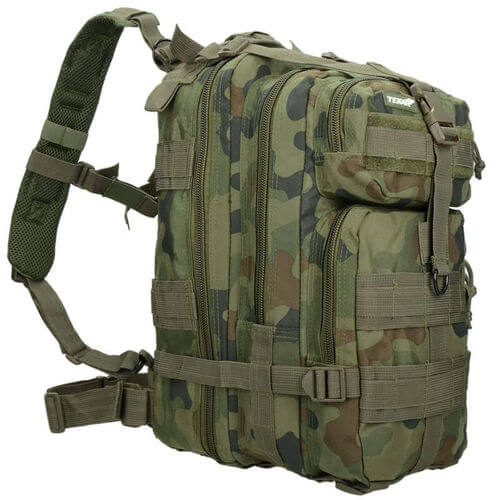 You can fit your equipment into the TXR tactical backpack. It is made of durable polyester. Equipped with MOLLE fastening system. The backpack has two large main compartments with pockets inside. The capacity is 25 liters. The comfort of carrying a backpack is increased by the possibility of adjusting the shoulder straps and waist belt. If you are going out of town for one day - this backpack is perfect for such a trip. 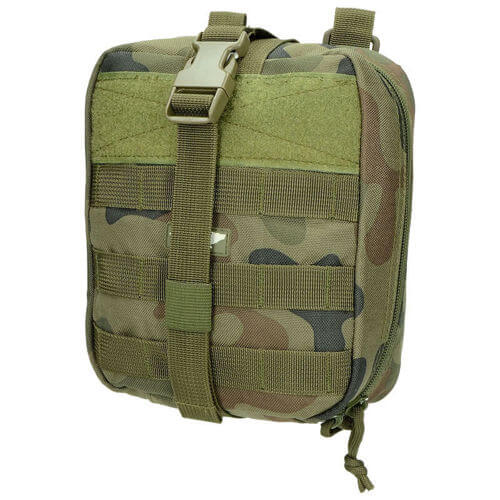 The Tray MB-10 will be useful for carrying tactical equipment, first aid or other small items. It is compatible with the MOLLE system. You can attach it to your backpack. 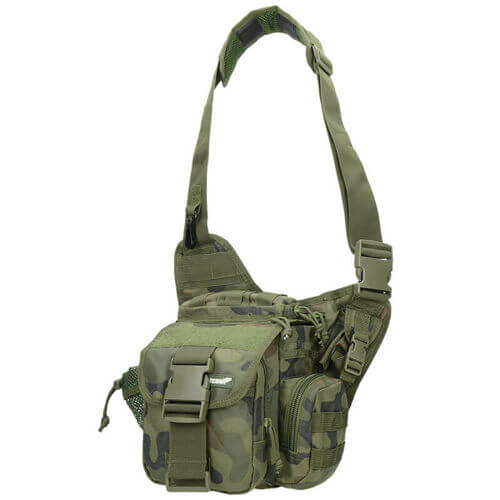 A good alternative to the backpack will be the tactical Commander bag. Equipped with PALS tapes, which enable the installation of additional equipment. The bag is light and comfortable to wear. You will close the main compartment with a string, which must be removed. Practical for carrying handy items such as a telephone, keys, documents or wallet.

"Panther" camouflage is becoming more and more popular among Polish companies producing clothing and accessories related to military items. Thanks to this, the pattern gets into the awareness of more people. The Polish Army is slowly beginning to replace model 93 with other, more modern ones. However, it is the "Panther" that is known as cult camouflage.