Test of tourist cookers, that is, rescue for hunger and cold 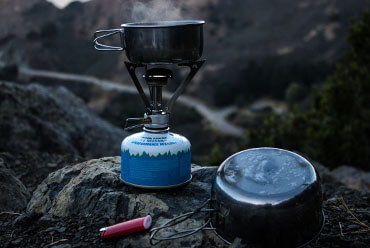 Another night spent in the wilderness. Morning is coming. I feel a cool wind blowing in my direction. I can see that the bonfire has already expired. I am still in a sleeping bag and the only thing I dream of is warming tea. In cave times, to eat or drink something warm you had to light a bonfire. After a few million years, man evolved and decided to carry with him large 5-liter cylinders so that there was no shortage for a meal. Today, as you can see, the case looks completely different - light cookers that are enough to prepare several meals. What's more, they take up very little space in the backpack, and the simplicity of their use is very easy.

Well ... There is no other way, I have to get up. As my friend says - Whoever gets up in the morning will eat up sooner. He jumps out of the sleeping bag and I remember that I have three cookers with me. There will be a feast like in the Horeszków castle - those who remember school readings a little will know what I am talking about. However, before I prepare the food, I promised my colleagues that I would do some tests and let them know which model works best in the field. 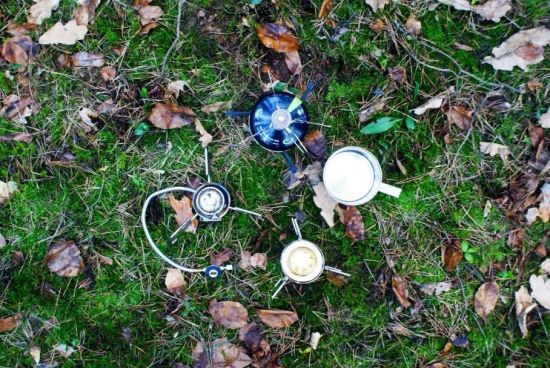 In my backpack there were three tourist stoves: Highlander spirit burner, Edelrid Kiro Ti, Highlander HPX300 gas stove. The tests consisted in assessing boiling time of 450 ml of water, stability, ease of use and convenience of carrying. The source of supply was fuels in the form of Bartoline denaturate and a small Edelrid gas cartridge. To paraphrase an old saying - there are no two the same cookers :). There are various models of cookers on the market: gas, gel, spirit-powered, designed for cartouches or liquid fuel (gasoline, kerosene) or ecological (cones, branches). It is known that each type has its pros and cons. Therefore, when deciding to buy, it is worth paying attention to what will be important for you, and not for the manufacturer, e.g. liquid fuel stoves tolerate low temperatures much better, but the service is a little more complicated. And unfortunately the dish may get slightly dirty. However, among my friends I often see gas stoves - their ease of use and lack of scorching dishes make using them simple and pleasant. Unfortunately, each stick has two ends - the disadvantage is that with extreme temperature drop their performance decreases. For the HPX300 gas stove, the problem was solved by the use of a hose, but more on this in the tests.

The first to go was the Highlander HPX300 oven equipped with regulation and electric ignition, so I didn't have to worry about the source of the fire. The plus was also the fact that the manufacturer packed it in a pouch bag, thanks to which it took up little space in the backpack. As I mentioned earlier, gas to the burner is supplied from the cartouche with a hose. This makes work and cooking much easier. When the weather is bad for us, just shake the cartouche to bring out a little more power, and the burner is closer to the ground, making it more stable. The whole structure compared to other models is not so light, it weighs 270 g (without a cartouche). 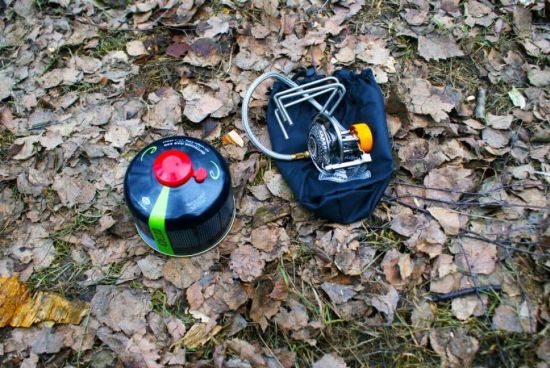 No more talking, time to finally drink something warm. There are two more tests ahead of me, so let's do it. I poured 450 ml of water into the cup. After just 4 minutes and 39 seconds I could enjoy my warming tea. I was positively surprised, in particular, that I did not expect the water to boil so quickly. Unfortunately, there were also problems - the mug I took with me did not fit this model - the diameter of 8.5 cm meant that it landed right next to the fire. Tip for you - if you plan to buy HPX300, it's worth taking either a larger mug or a small pot. 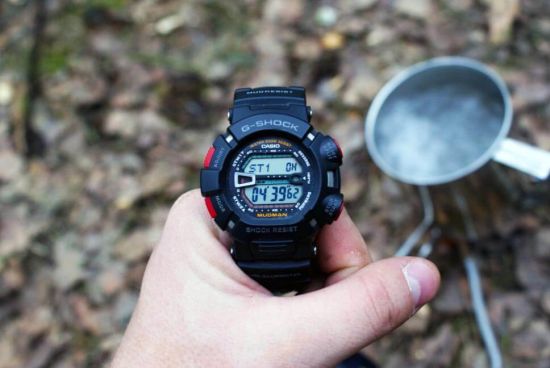 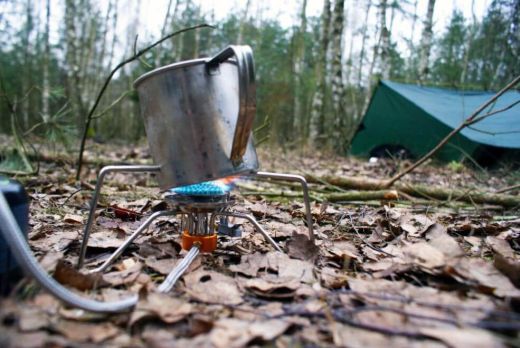 Time for a second tea. If you managed to save some money, I suggest Edelrid Kiro Ti stove powered by natural gas. Screw the burner onto a cartridge or bottle. Edelrid like Highlander HPX300 has a fire control. However, it wins in the category of weight and convenience - these are its two non-negotiable advantages. The mass of 72 grams fits perfectly with the option of folding and storing the burner in a pants pocket. 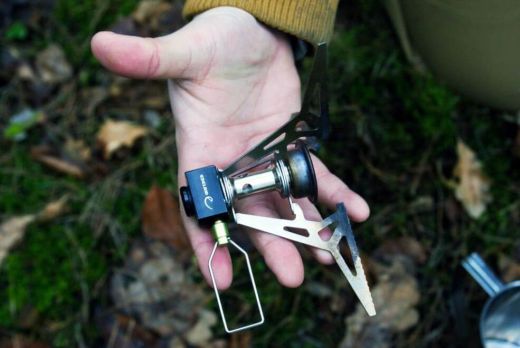 As a power source I used Edelrid gas cartridge and quite an interesting gadget - Highlander cartridge stabilizer. It significantly improved the stability of the entire structure. Without it, the whole is placed high, making it very wobbly. 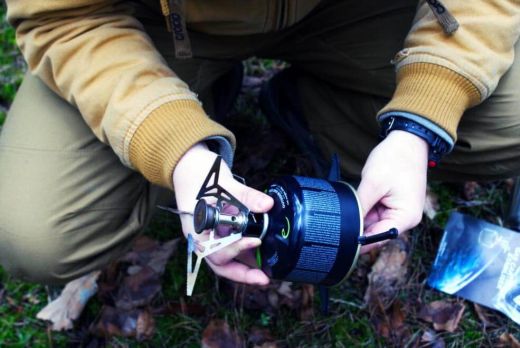 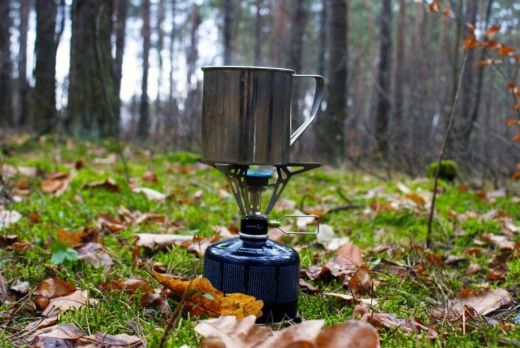 Since everything is assembled and set up, it's time to check the length of cooking water on Edelrid. I was hoping that the model would meet the specifications presented by the manufacturer. And I will tell you that I was not disappointed! Preparation time of 450 ml was only 4 minutes and 23 seconds. And how can you not enjoy it, as after a few minutes your frozen body warms up with a warm drink? Unbridled joy. 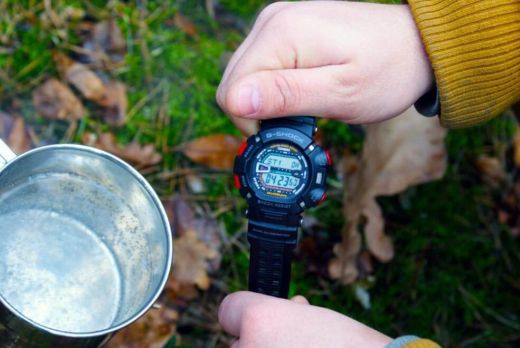 It's time for the last model. I will not drink anymore, because I am not a Wawel dragon and I do not need so much liquid to quench my thirst. So colleagues, the last type is a Highlander spirit burner. The smallest and the most comfortable to carry. Its small dimensions and low weight (90g) compensate for the time of boiling water, which, unfortunately, is quite long compared to previous models - 450 ml of water boiled for 8 minutes and 15 seconds. The advantage is that the heated food will not burn :). 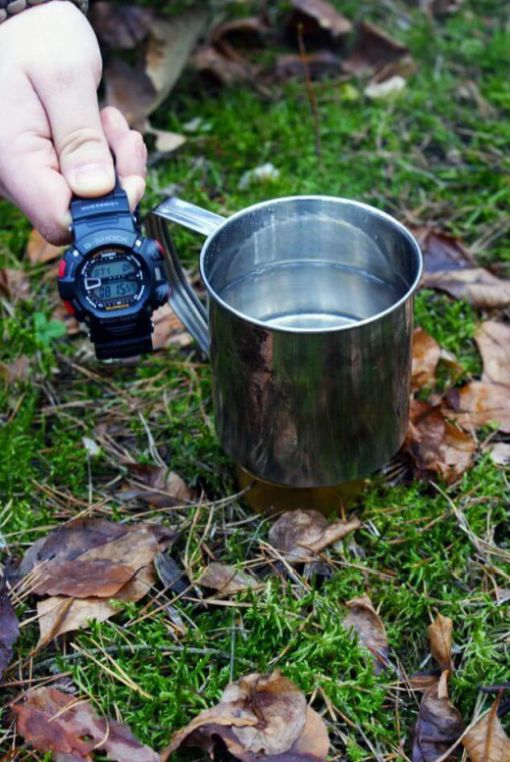 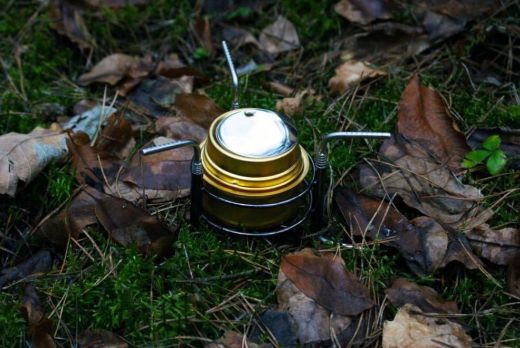 The source of power to the oven is liquid fuel - I used the Bartoline denaturate. In addition, I decided to check the stand for the Mil-Tec spirit burner, which task is to stabilize the structure. I was aware that both products come from different manufacturers, but despite this I made an attempt to combine them - the obtained effect did not do the "wow" effect, but the advice was given and praise for it. Unfortunately, the minus of the rack turned out to be the spacing of his arms - the mug just slipped - in this situation, as with the HPX300, I suggest a smaller pot or a mug with a slightly larger diameter. 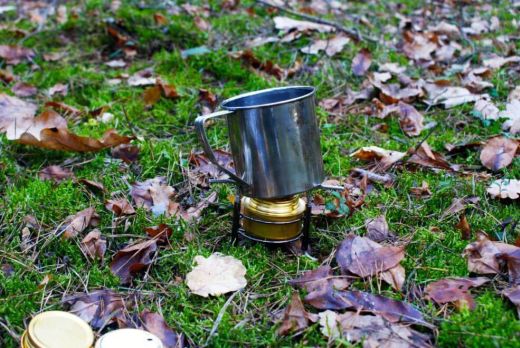 It is time to summarize the tests. The table seems to be the most transparent and legible option. In addition, to diversify the presentation of the results, I decided to give grades in individual categories - a scale from 1 to 10. The total number of points to get is 50.

In terms of the speed of boiling water and the total number of points collected, the Edelrid Kiro Ti gas stove wins. The Highlander HPX300 gas stove is right behind it, which with its stability and ease of use wins with Elderid. Third place, which does not mean that the worst took the Highlander spirit burner - its great advantage is the low price and the ability to use even at low temperatures. But as I said at the beginning - there are no two the same cookers so you should adapt it to your needs.

Cookers on a survival trip have been tested for you by:
Patryk „Qki” Kwela
www.instagram.com/qkimoonster
Developing and editing: Joanna Rassmus