Polish ring of fire, the volcanoes in Poland 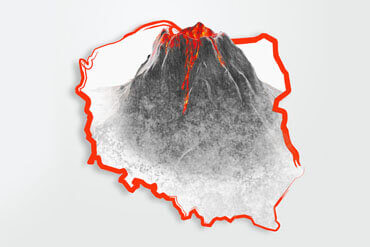 Although, for many of us this information may seem at least surprising - in Poland we have volcanoes! Not like Vesuvius or Etna. However, if you are wondering what corner of our country is worth visiting, the Land of Extinct Volcanoes may prove to be an interesting proposition. 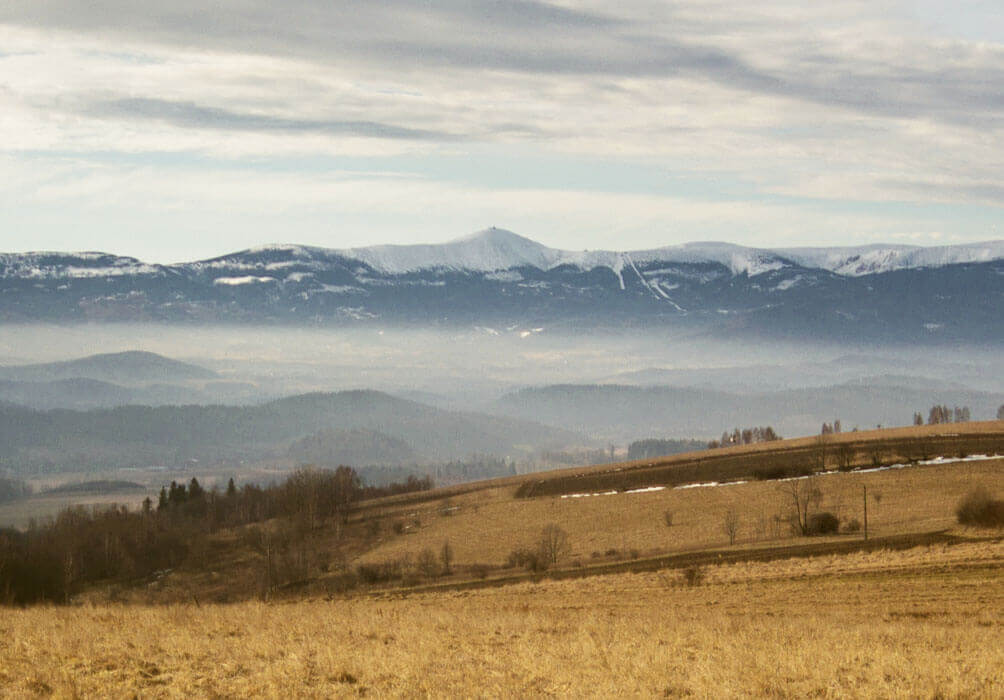 The region we are interested in is southwest of Poland, specifically the area between Jelenia Góra and Jawor - the Chełmy Landscape Park. The attractions of the Kaczawskie Foothills are not among the youngest. The activity of the volcanoes that once existed here dates back to 15 million to 500 million years ago. Polish volcanoes are unfortunately not as impressive as those from areas still active seismically. Some of them present to us today in the form of conical hills, others were discovered by accident while working in quarries located in this area. The miners' work exposed neki, i.e. volcanic cores - rock remains that fill the volcanic chimney. Due to the cooling and cracking of the lava inside the chimney, characteristic poles have been created that we can admire today. The most popular facilities of this type are the Great Wielisławskie Organ and the Small Myśliborskie Organ. 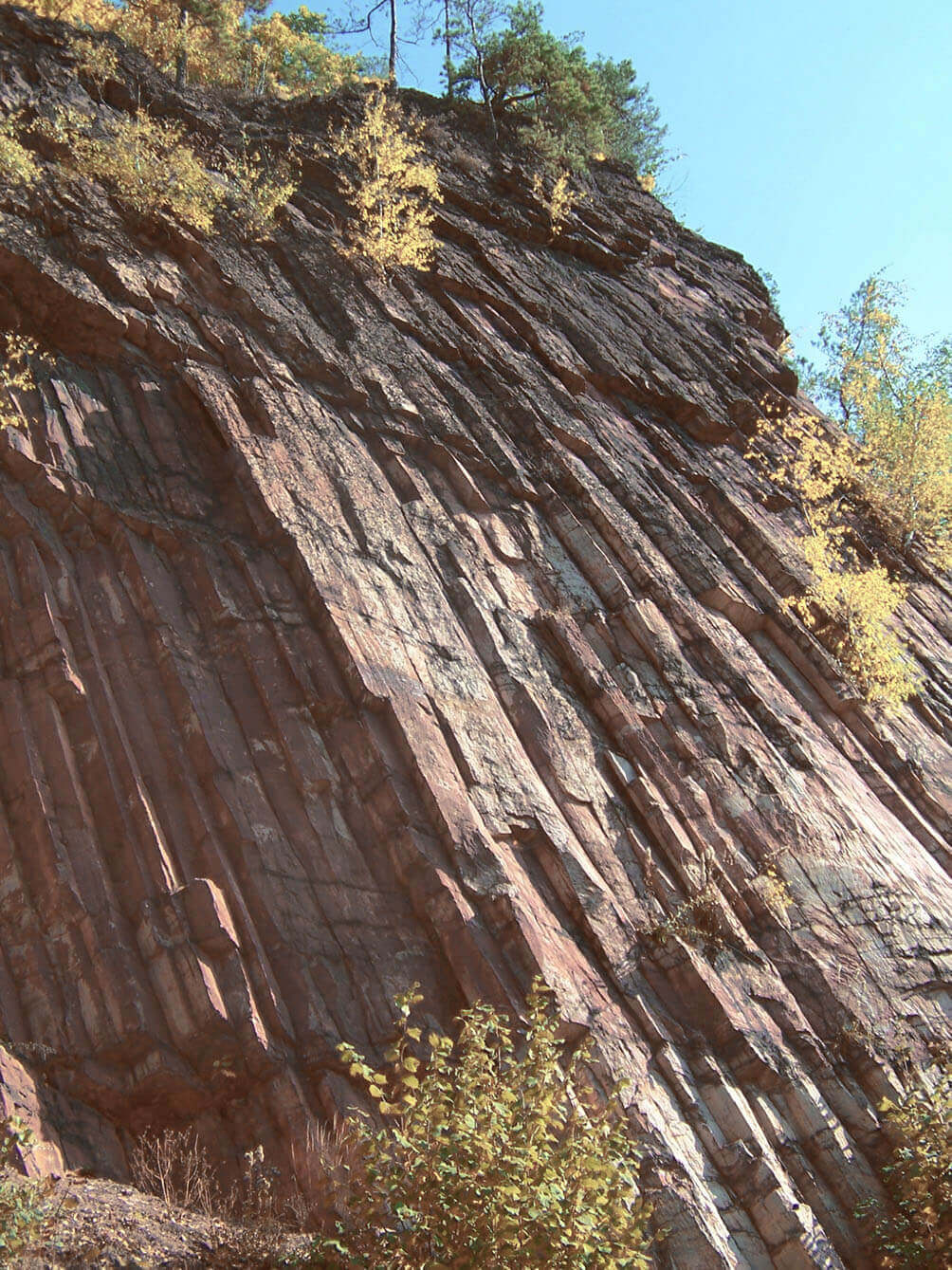 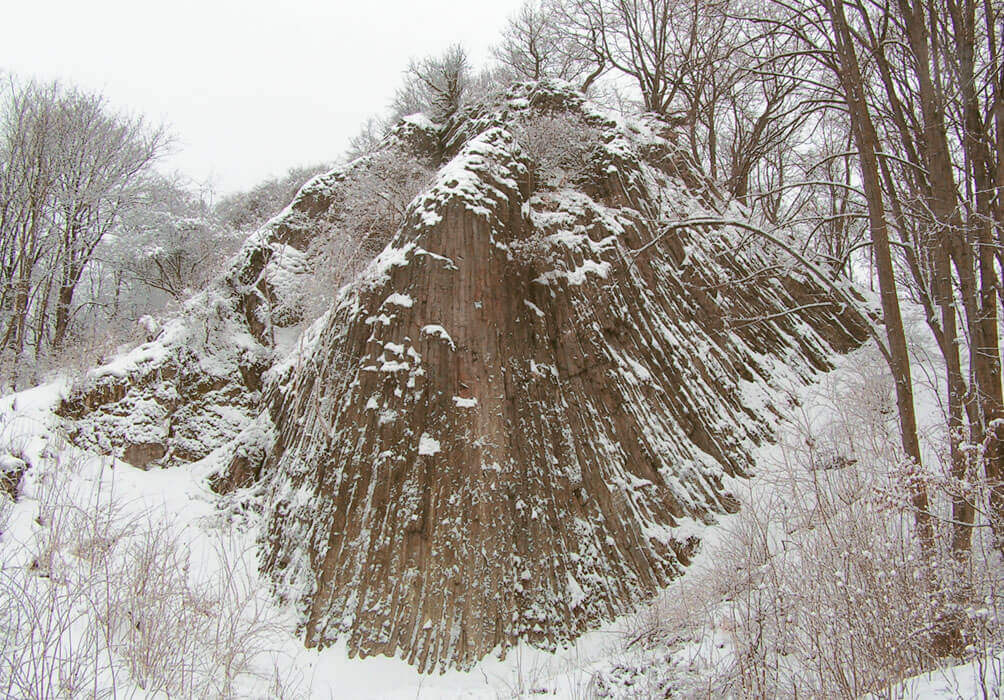 There are several other interesting objects in the park. One of them is Czartowska Skała - one of the younger rock formations of this area. It is estimated that the volcano was active "just" 20 million years ago. As in the case of the Organ, this object was also discovered during the work of the quarry. The hill has a height of 468 m a.s.l. 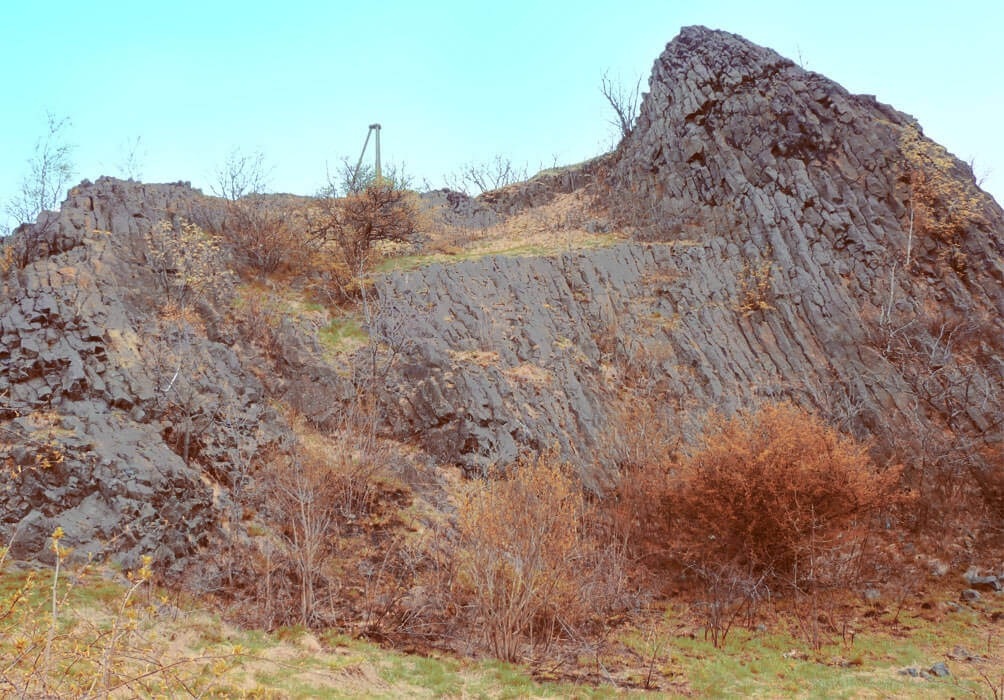 An almost identical history characterizes the Wolf Mountain located 16 km away, also known as the Werewolf. Similarly to the mountain described above, this one was also revealed during the work in the quarry. The volcano was active 15.5 million years ago. The residue we can admire is nek. The original cone did not stand the test of time. At the foot of the mountain you will find two small caves: Wolf's and Bear's Cave. 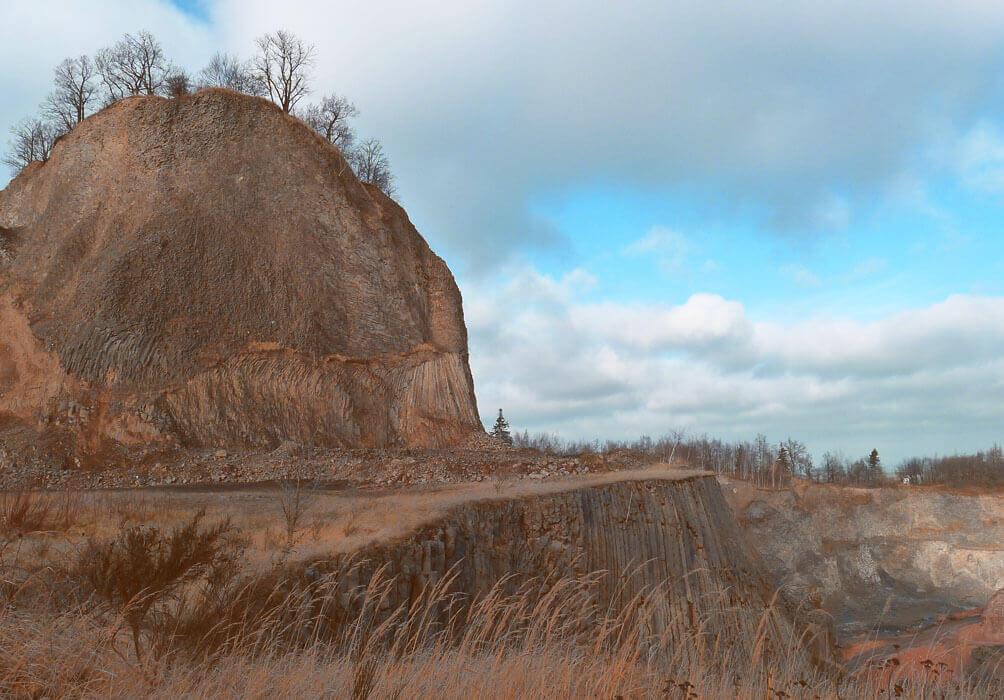 About 30 minutes by car from Wilkołak we will find another icon of the Polish volcanoes route - Ostrzyca. The mountain measures 501 m a.s.l. and is called the Silesian Fujiyama. The formation most closely resembles the classic image of a volcano. The lonely hill covered with forests has the shape of a classic, volcanic cone. The slopes of the mountains are steep and the top is clearly outlined. The flat area surrounding Ostrzyca emphasizes its shape and means that the mountain does not disappear among others. Apparently it's just a detail, but it is pleasing to the eye. 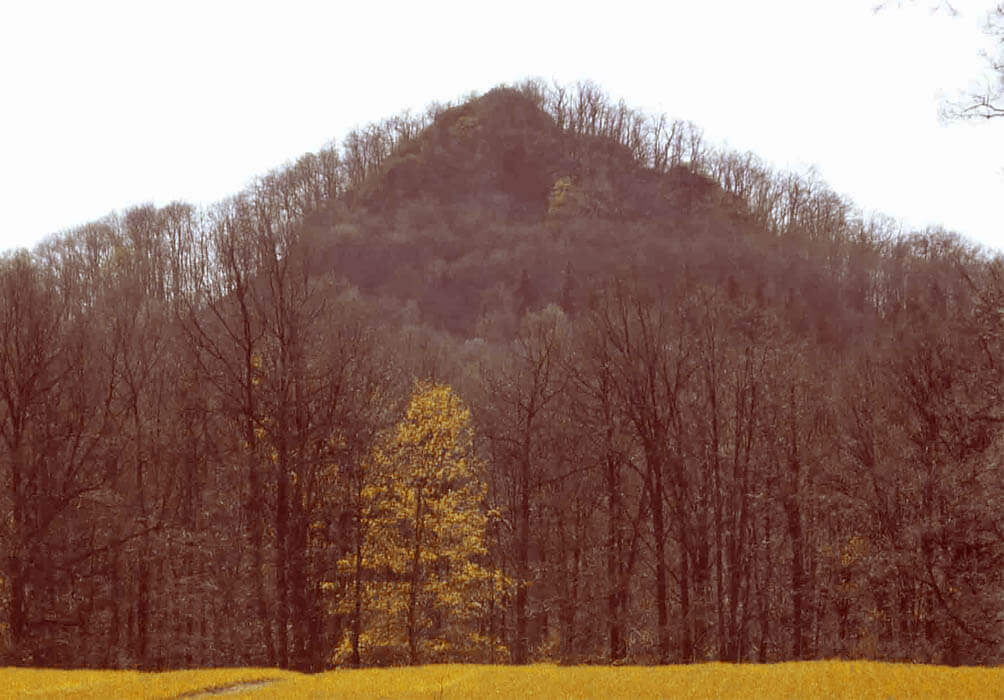 Saint Anne's Mountain is a bit more urbanized attraction. At the top there is a Franciscan monastery. The hill is a form formed after the collapse of the volcano functioning here about 27 million years ago. The facility is a nature reserve. In 2006, a nature trail for tourists was made available. Attractions that we can find here (apart from the hill itself) are two small karst caves and closed quarries. Protected animal species living in this area include zigzag, snake and blindworm. 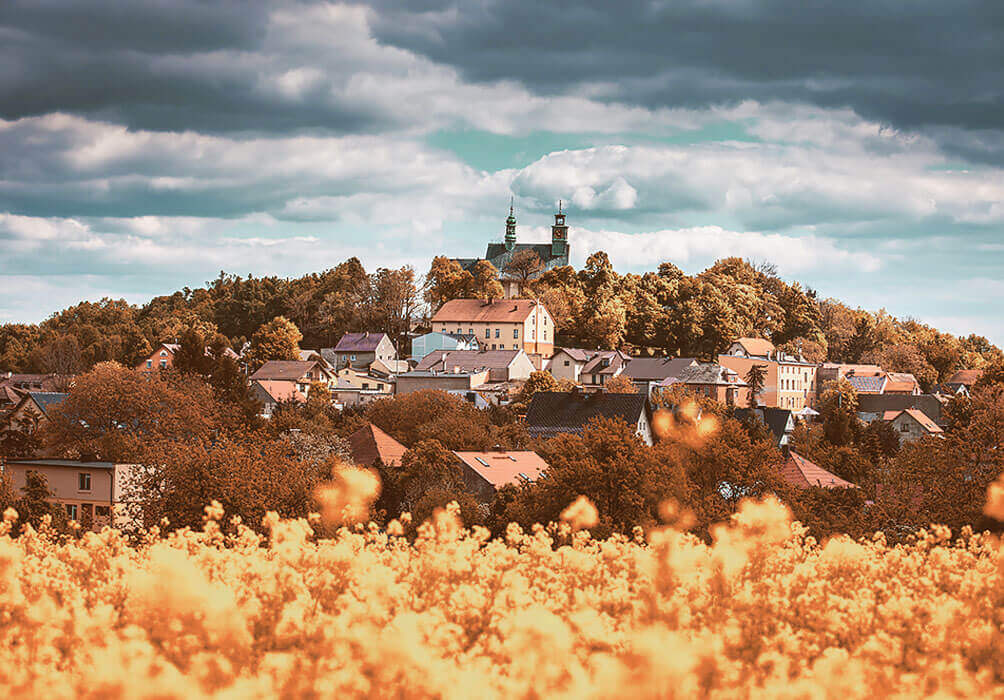 There are two more attractions that are worth seeing when visiting the area. The first of them is the Grodziec Castle built in the 12th century by the decision of Prince Bolesław I the High from the Piast line. The building stands on an extinct volcano 389 m a.s.l. The second object is already in the Bohemian Paradise. Trosky Castle is a building built in the fourteenth century. Its owner was the Czech nobleman Čeněk from Vartemberk from the Markvartic family. The castle was erected on a volcanic peak. Interestingly, the volcano that once functioned here had two craters. And on the remains of these craters two castle towers were erected. 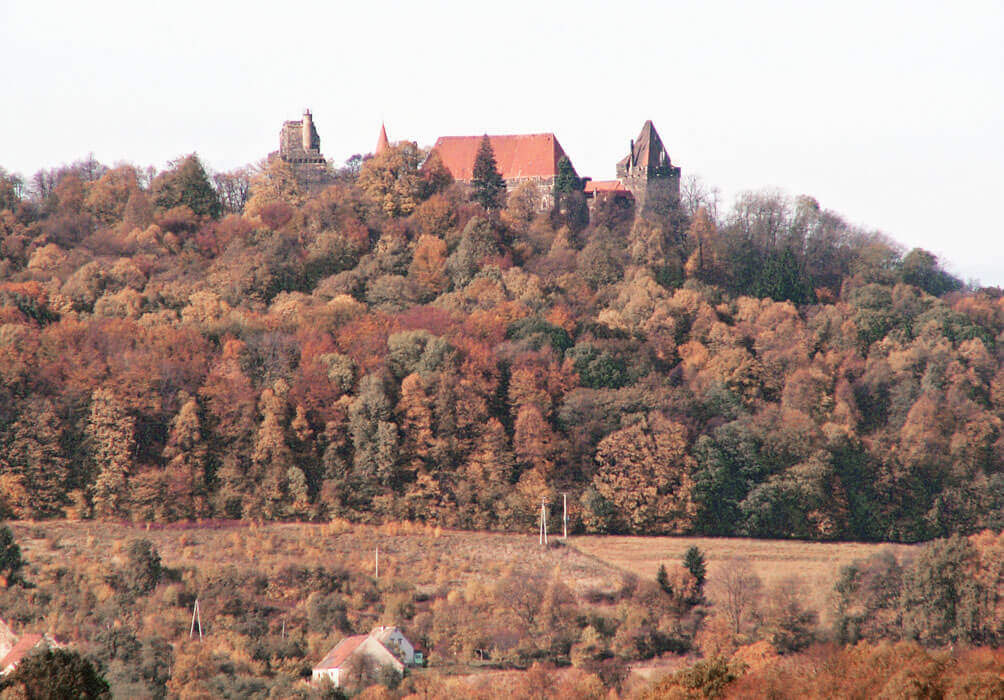 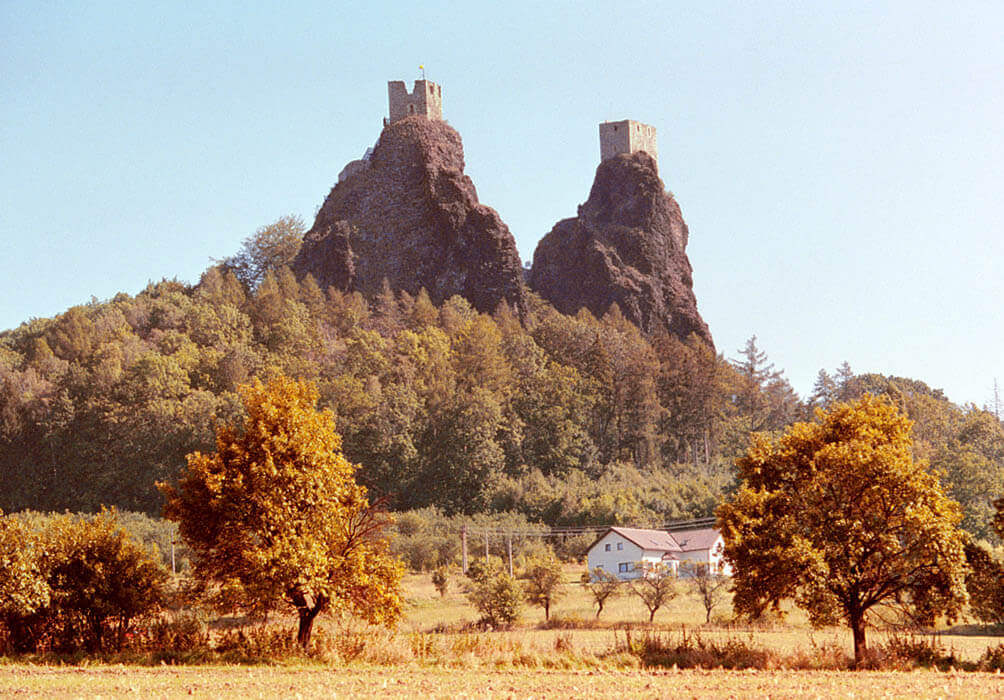 Of course, these are not all the attractions of the Chełmy Landscape Park. We find here many basalt cones, better or worse preserved ruins of military fortifications. The park also found traces of early medieval strongholds.

In my opinion, the Chełmy Landscape Park is not a breathtaking area, just like the Prądnik Valley in the Ojców National Park, for example. There are no volcanoes around Ojców. And although the local authorities could show a bit more involvement when marking the trail, it is worth rummaging around the map, determining some of the most interesting points and just going there, because they are volcanoes!