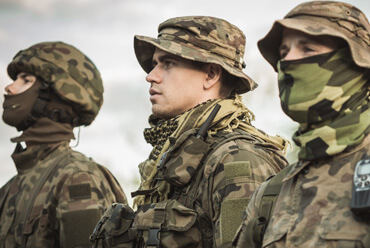 Some time ago the media spread the news about tests of new camouflages by the Polish army. These tests are to check different variants in combat conditions. There are several possible options. This is interesting because the current design of the Polish Army is almost 20 years old. The new camouflage would come into use in the second half of 2018. The change would bring a bit of freshness, but is it worth changing a trusted and proven model. We have to wait for the answer. Until then, we decided to introduce you to camouflage patterns that were used in the Polish army.

During World War II, Polish soldiers were staffed in several units serving in the ETO (the European Theater of Operations). The only unit that used camouflage was the famous 1st Polish Independent Parachute Brigade under the command of General Stanisław Sosabowski. The unit's most famous action was the Market Garden air operation. Mostly unsuccessful. During it Polish soldiers wore camouflage identical to the colors of the British.

Pattern 68, also known as "camo" or "moire". Camouflage used in 1969-1989. It was worn by soldiers of the Armed Forces of the Polish People's Republic, officers of the Citizens' Militia, Prison Service and Fire Brigade. In the version for land forces, the color of the spots was green. Characteristic for this pattern are small spots darker than the background. Camouflage was refreshed in the 1980s.

The current camouflage of the Polish Army can be associated with classic Woodland. It became popular as "Panther" camouflage. Contains black, red-brown and olive-green shapes against the background of khaki. In 1993, it became a standard masking pattern for all branches of the Polish Armed Forces. To date, it remains the main model, but can soon be replaced by a new option. It is the successor of the "Puma" camouflage. It was developed especially for the Polish unit GROM. It underwent its baptism of combat during UNPROFOR operation. It was a peace mission in the former Yugoslavia. The purpose of this mission was to stop the escalation of the conflict in the Balkans in 1991.

In 2003, the Polish army introduced the desert version of pattern 93. It was called pattern 2000. Otherwise known as "Sniper" or "Desert Panther". It consists of beige, light brown and olive-green shapes on a sandy background. It served during missions in Afghanistan and Iraq. 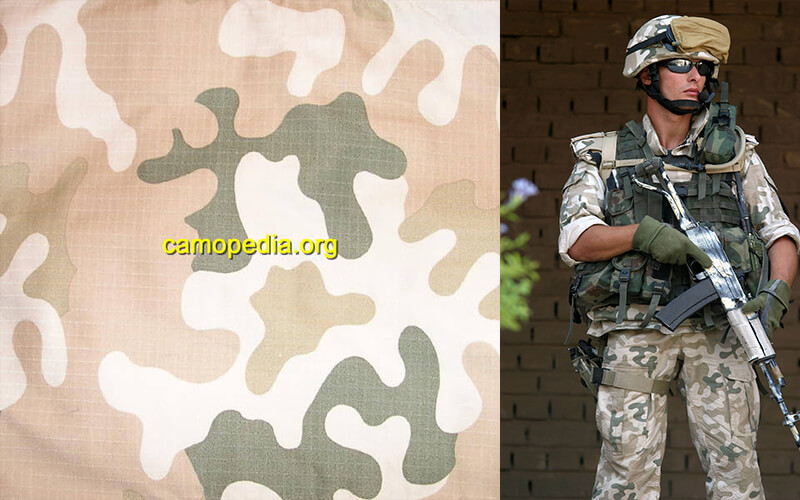 The digital "Panther", or digi pattern, is still at the testing stage. They started between 2007 and 2008. 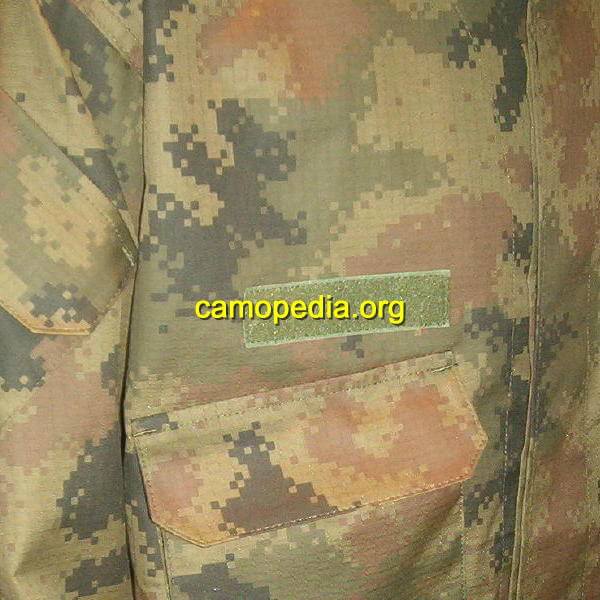 Camouflage came into use in 2008. The pattern consists of the following colors: dark brown, olive green, light olive, beige, pink. They are all on a sandy background. It is not a direct copy of Crye MultiCam®. Designed for military special units. He served on missions in Iraq and Afghanistan. It was also worn by officers of the Government Protection Bureau.

(from the left) Model Suez, or Polish MultiCam; A soldier of the AGAT military unit in Suez camouflage
Photo: (from the left) Camopedia.org; Special-ops.pl

The designs that are currently being tested are called "MAP A" and "MAP B". Maskpol, a company belonging to the state-owned Polish Armaments Group, offers these two versions. In addition, the "Leopard" pattern, which was implemented as part of the Titan program, is being tested. The "Leopard" has received the worst reviews so far. 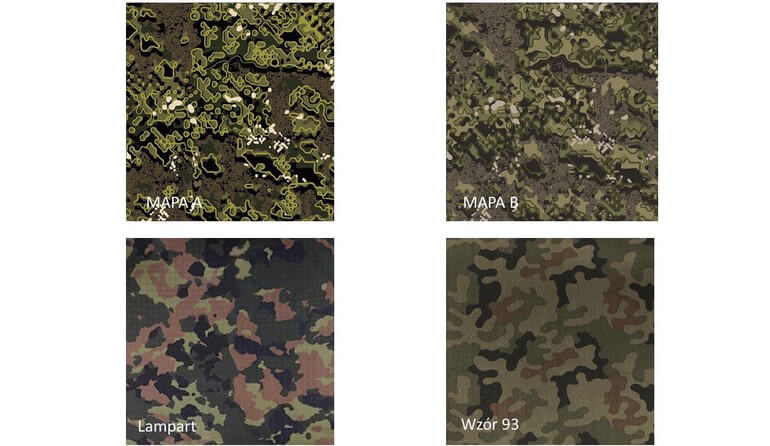 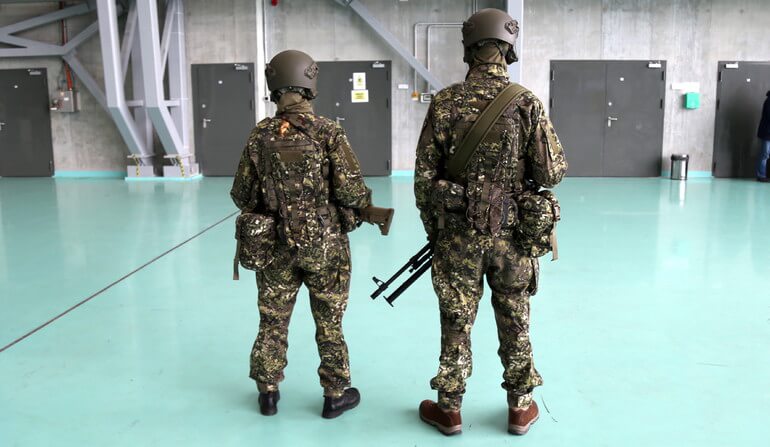 The evolution of camouflage in the Polish army is interesting. The latest designs presented are modern. It can be seen that the Polish Army is focusing on development even when it comes to masking soldiers. Which model will become the new full-time model of the Polish Armed Forces? We will find out at the earliest in June. In the meantime, we have to think about which one would work best. Is it worth to bet on new solutions or stay with the proven ones? How many people, so many opinions.