Military trouser belts and other accessories for military clothing 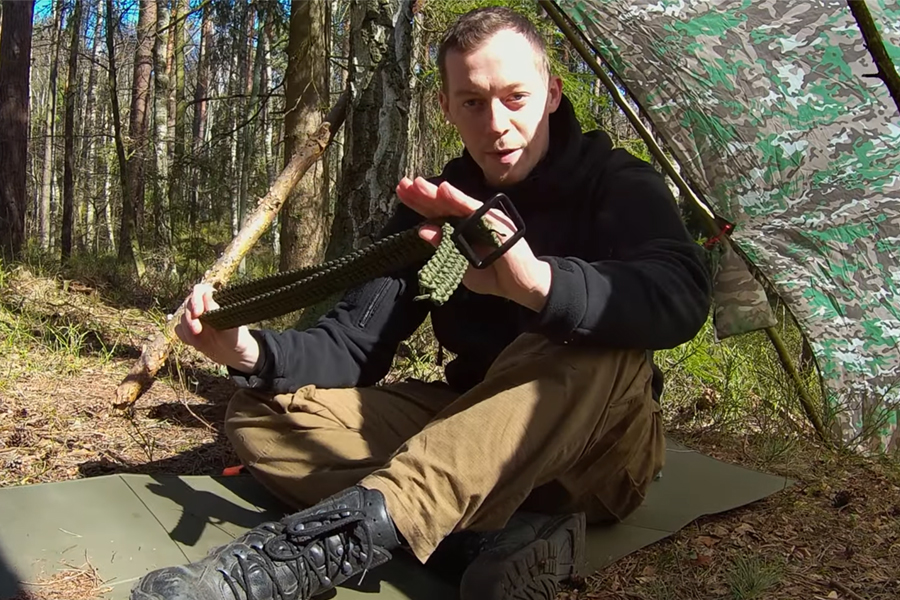 Completing a military outfit is a great passion, which will probably be confirmed by the regulars of the store's website and readers of the Milworld.pl blog. Today, we add an entry about military belts to the list of our articles, in which we will tell you more about the materials and colors of a stylish accessory. The type of buckle or other amenities that can be found in models from renowned brands are also important. In addition, we will also try to present other details of military clothing – functional accessories for military clothing that will personalize the creation. We invite you to read!

Each military store cannot do without, among others high lace-up shoes, helmets or camo clothing. However, a real enthusiast is not satisfied with these few elements - he must have full uniform. The Milworld.pl store comes to the rescue, with a wide selection of military products. The offer can also be used by people who are not interested in the military, but only looking for durable accessories that can be worn for many years. 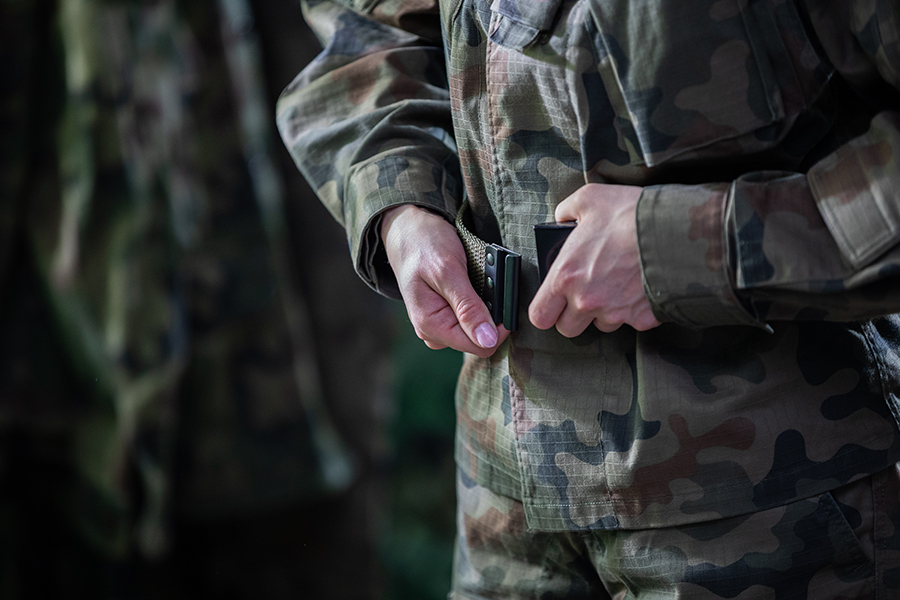 If you want to wear numerous accessories on the belt, choose a tactical belt with a press-on buckle.

The first type of belts are tactical belts in our assortment, produced, among others, for security services and the army. Models dedicated to various outdoor activities are characterized by the durability of the materials used and military design. The tactical belt is most often made of nylon or Cordura, a branded material that is usually made of polyamide coated with PU and Teflon. It is worth noting that tactical belts do not have metal buckles, because they are also to be useful at airports and in other places where it is forbidden to bring metal. The buckle in the tactical belt is made of plastic and is usually automatic - it must allow for quick attachment or removal of the belt to the trousers.

Military belts with a metal buckle

Most camouflage trousers belts are webbing, sometimes leather. The color palette is typical for military fashion - you can buy black, sand, olive or beige belts, as well as models in Olive, Khaki or Coyote colors. 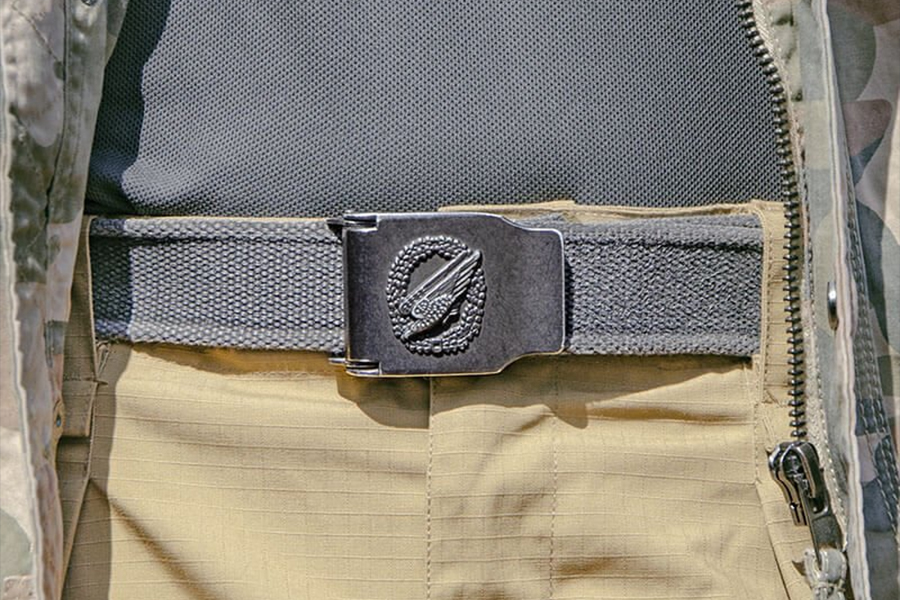 The classic military trouser belt is made of webbing and has a metal buckle with the symbol of an armed forces unit.

Let's devote some space to the clamps themselves. In classic belts, they are made of metal, and on the upper part there is, for example, a reference to a special unit of the armed forces. This is a characteristic feature of Helikon-Tex trousers belts. Our assortment includes belts with the mark of the United States Marine Corps (popular Marines), the forces of the American Navy Seal's or with the logo of the U.S. Army. Texar has a similar idea for decorating trouser belts. Its products include, for example, a Polish crowned eagle.

In addition to standard tactical or military models, our catalog includes police leather belts and eye-catching belts made of a Paracord, otherwise known as a parachute line. Its advantage is the possibility of disentangling - in a survival situation you can untangle the belt to get a long and strong line.

A great convenience for customers is the inclusion of alternative accessories, such as belt loops, in the offer. Military harness are also very popular, not only among men interested in military equipment. The classic version of the product has three metal clasps, leather trim and the ability to adjust the length. 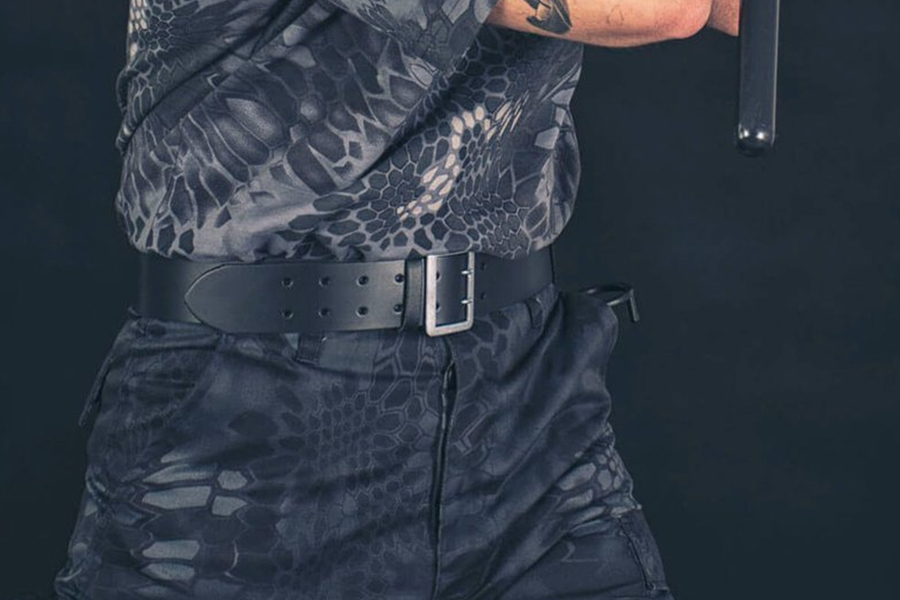 The popularity of elegant leather belts continues - look at the police model with two pins on the buckle.

Did you manage to select the appropriate belt for your trousers from the presented proposals? Great, now it's time to move on to the rest of the garment. A good idea to diversify your uniform is to attach military emblems – by adding a label to the outfit, you can personalize a sweatshirt or jacket. Military hats that protect against the sun will certainly be useful in hot weather. At Milworld.pl you can buy both typical military and tourist models. In late autumn and throughout the winter, it is also worth having a military poncho or a raincoat in your backpack. Gloves can also come in handy when it's cold outside. Depending on your preferences, choose a copy made of acrylic, fleece or polyester with an admixture of cotton.