MGRS navigation - what is it and how to read coordinates? 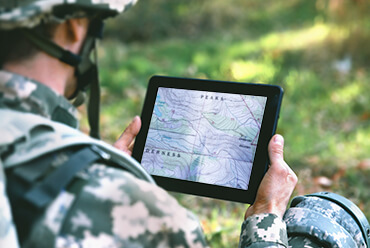 Reading the coordinates. Perhaps you just smiled, after all, latitude and longitude are material from middle school, and now from elementary school. However, I can assure you that the coordinates in the MGRS system are more advanced knowledge, so today we will work with the map. However, I will start by explaining what the mysterious four-letter abbreviation used by me is. In addition, I will mention the legitimacy of using military navigation in a survival situation by civilians, because the usefulness of an ordinary tourist map at some point unfortunately ends.

MGRS - what is the Military Grid Reference System?

The abbreviation extension mentioned in the subheading can tell you a lot about the navigation we are discussing today. MGRS is a military reporting system that is used to unambiguously determine the location of points on the Earth's surface. It is worth noting that the Military Grid Reference System is used by various military units around the world. This is the standard used by NATO forces.

In the military registration system, the MGRS operates on special topographic maps that enable the determination of points on the basis of the UTM system. Universal Transverse Mercator is characterized by maps with a rectangular plane coordinate grid. Examples of point coordinates on the UTM map in MGRS look like this: 33UWT016999. Now, there is no doubt that it is not about a simple school record in the DMS system (e.g. 41 ° 24'12.2 "N 2 ° 10'26.5" E). To put it simply - it is impossible to navigate in MGRS on ordinary tourist maps. Unfortunately, that's a problem.

Why is it worth using military navigation in survival?

Is it worth knowing the rules of using a military map? A simple tourist map is not enough? Sure it's enough. As long as you follow the beaten paths and designated routes, just reach for the tourist map case, the contents of which will help you find the right path. 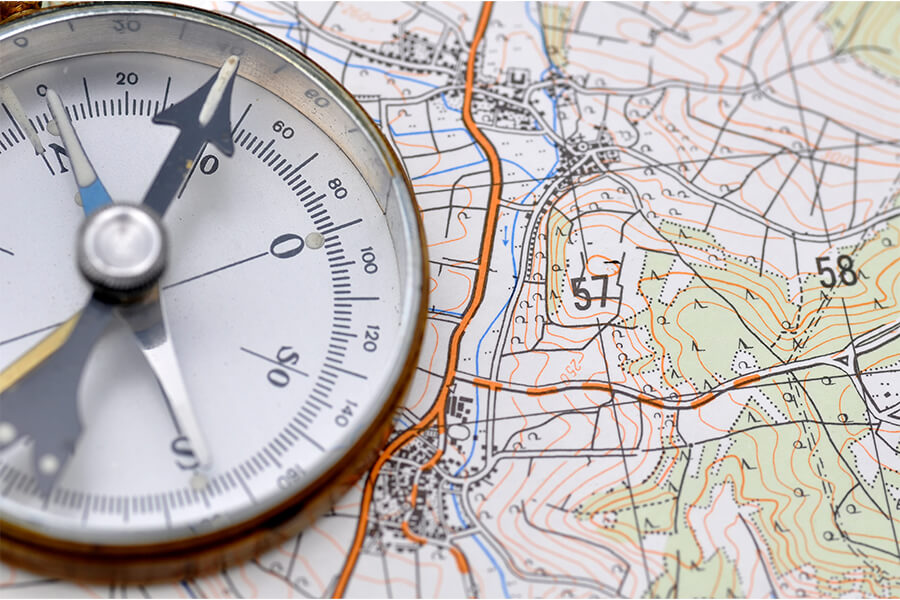 A tourist map is not enough in the wilderness. If you are going to really wild terrain, choose military equivalents.

You will notice the advantages of a military or topographic map only when you explore wilderness. Military topographic maps are considered to be the most accurate - they best reflect the topography and characteristic landmarks. On military maps, you can often see objects that are hard to find on their tourist equivalents. They also show the topography much more precisely. Planning your hike using a military map ensures that the route will be walkable, and that you will not be surprised by any of the major obstacles along the way.

What is the probability that you will get lost in the wild with a military map in the UTM layout? Slight. Therefore, like the mantra I have been repeating for years: "Prepared will survive." When going to a real outback, you should have a UTM map at your disposal. Thanks to the use of the MGRS registration system, in a crisis situation you are able to:

Determining the coordinates of points on the MGRS map

The basis of working with a military map is the ability to read and determine geographic coordinates in the rectangular plane system (UTM). Before we start learning UTM, it is worth recalling the news from primary school. You determined the geographic coordinates there by entering the latitude of a given point (N or S), measured in degrees, as well as its longitude (E or W). You read using properly numbered parallels and meridians, known as the lattice.

Similarly, although a bit more complicated, it looks like reading coordinates in the UTM system. Here, too, you are dealing with a grid of appropriately numbered horizontal and vertical lines. However, they do not correspond to parallels and meridians. This is called kilometer grid. Thanks to it, you can determine the location of a given point with an accuracy of 10 meters.

An exemplary record of coordinates in the UTM system looks like this:

You divide this seemingly incomprehensible sequence of numbers into two equal parts:

The first value is the length (given with an accuracy of 10 meters). The second value is width.

The record can be shorter, e.g. with an accuracy of 100 meters:

The coordinates may be preceded by a zone field and a hundred-kilometer square. Both values are assigned to the given map. So the full record looks like this:

You already know what MGRS and the UTM coordinate system are, and you also know the advantages of using military maps in a survival situation. The theory is behind you. It only remains to read the coordinates of the point on the map. You can do this in several ways, and the infographic published by the Ministry of National Defense will help. 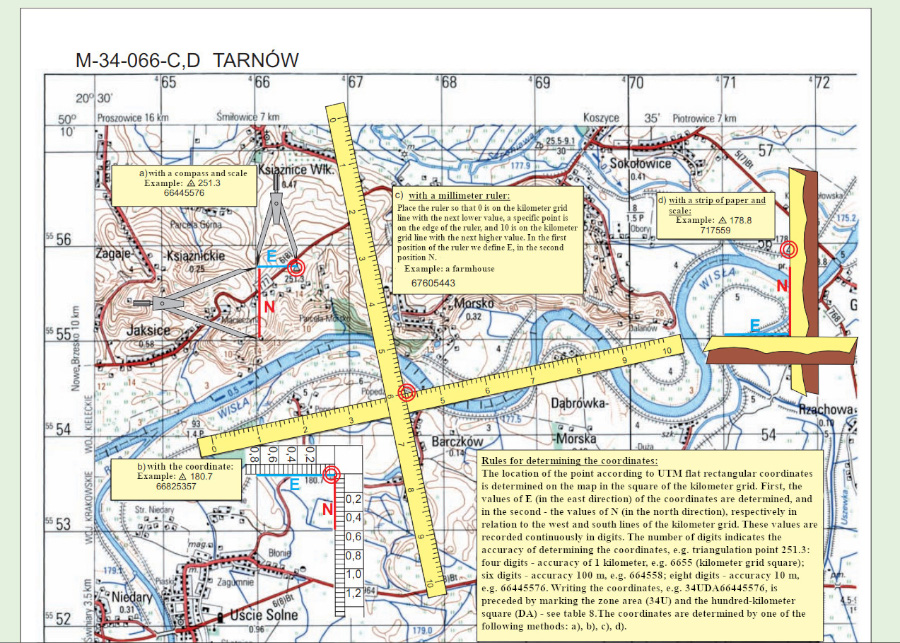 Try to read the coordinates on the map using the infographic with UTM coordinates.

Finally, it is worth adding that the MGRS system is only one of the ways to improve navigation in the field. . Even observing the night sky can be helpful, not to mention the use of equipment that allows you to, for example, examine the slope of the terrain. Equipped with a viewfinder, a military compass with an inclinometer will also allow you to determine the azimuth and correctly read the direction even after closing the cover. We especially recommend reading our article on GPS navigation - from the post you will learn how exactly the satellite navigation system works.