Leave No Trace - rules of staying in the bosom of nature 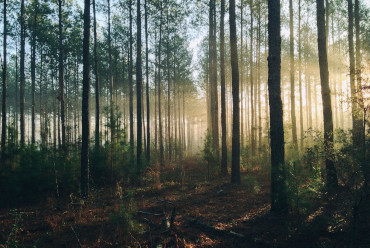 Despite the efforts of foresters, institutions and non-governmental organizations, the problem of littering in forests continues. Statistics from the Central Statistical Office of Poland (GUS) say that up to 100,000 m3 of waste are removed annually. Cleaning is neither cheap - as it costs forest service almost PLN 20 million every year - nor painless for the environment. For what is the mass of human waste for nature? The bottles and plastic form an intricate maze that lures insects and other small animals, then traps them and prevents them from freeing themselves. In addition, decaying garbage is a source of chemicals that pollute the natural environment. They are also an ideal kindling that strengthens the fire. Most foresters, for the poor condition of the forest, indicate deliberate bringing of rubbish into the forest, but reckless tourists and walkers are indicated in second place. You probably aren't one of them, but that doesn't mean you know everything about Leave No Trace - a philosophy that helps minimize the impact on nature during your hikes and excursions. 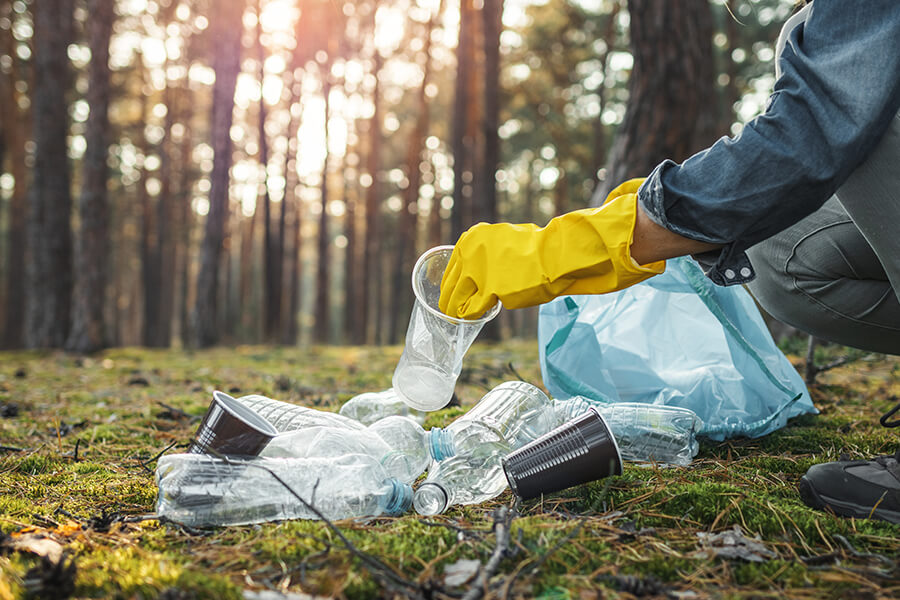 Cleaning up rubbish is glorious, but Leave No Trace's philosophy is designed to prevent waste from ever ending up in the woods.

The 7 rules of Leave No Trace

The name of Leave No Trace clearly states the purpose of this philosophy: leave no traces behind. The point is not to obliterate all evidence of being among nature, but not to affect the environment at the outset. Merely picking up the rubbish you brought in is not enough to practice Leave No Trace. The rules are as follows:

A tourist often improvises, looking for natural tools among stones, sticks or leaves. Valued resourcefulness in the field, and even decisive in survival, is at odds with the philosophy of Leave No Trace. Therefore, try to pack everything you need into your backpack. Does this mean that you should even carry water with you? Let's not exaggerate, but limit the number of bottles you bring by choosing a reusable tourist bottle. If there are no drinking water sources in your area, take a filter bottle with you to clean the life-giving fluid of harmful microorganisms. 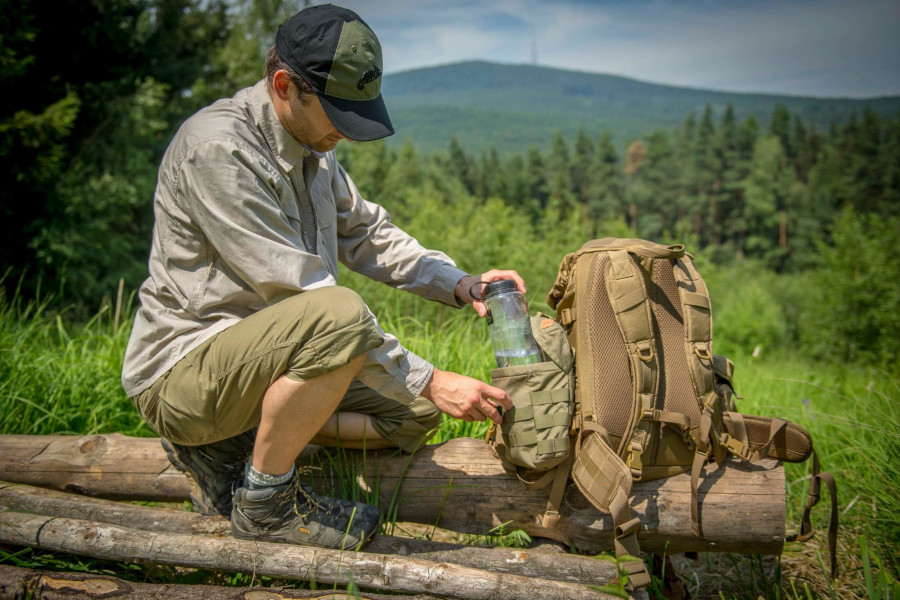 Instead of taking a whole lot of plastic bottles that you will have to throw away, take a large reusable water bottle with you.

Remember that each pitching a tent or even taking a step outside the path leads to the trampling of vegetation. Skillfully choose a place for a camping, remembering that you can legally stay overnight only in some areas of the Polish State Forests. Also, consider the fact that an environmentally neutral hammock suspended high above the ground is better than a tent.

You are unlikely to find rubbish segregation bins in the forest, and this is where your waste should go. That is why it is worth taking the appropriate bags or containers with you. You might think that by taking only apples or bananas you will save yourself the trouble, but according to the Leave No Trace rules, there's no question of throwing an apple core and skins where it falls. Inedible remnants of bananas can decompose for several years, and in high mountains - even longer. In addition to the longtime of decomposition, the argument for not leaving leftovers is also attracting curious animals. Those interested in the smell may come across a parasite that has not been seen in their ecosystem before, which can turn out to be extremely dangerous.

If you're in the woods and take leaves with you, then you're not following the Leave No Trace philosophy. A suitable travel souvenir is smartphone photos, not a collection of stones or mushrooms. Try not to dig too much in the ground, except for the toilet. Quickly dug with a shovel, and finally a filled-in hole is still an ecological way of leaving waste. You can also leave dry toilet paper and dry tissues at a depth of at least a dozen or so centimeters. 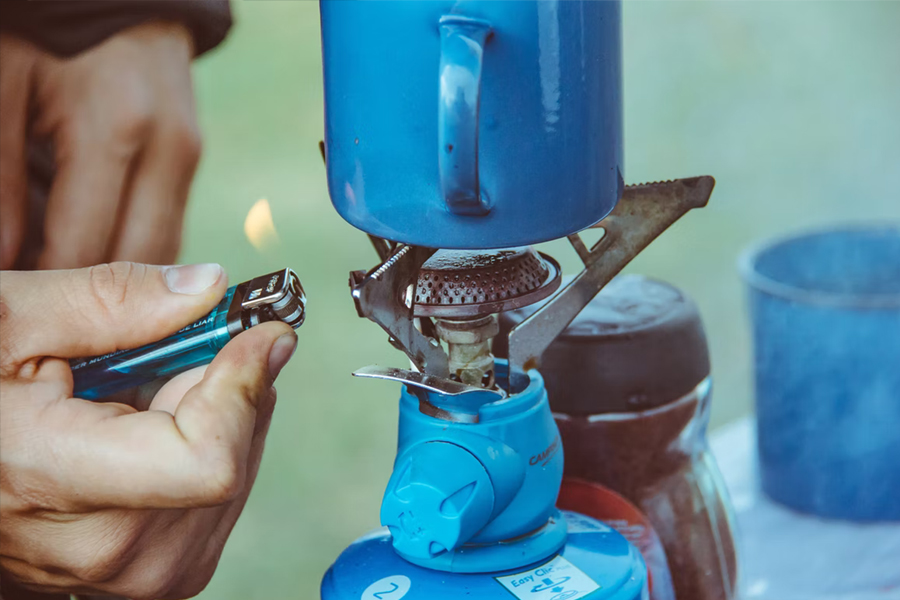 If you want to live by the Leave No Trace rules, find used fireplaces or take a camping stove with you.

Lighting fires is for many the most enjoyable time of the whole trip - after a cooked meal, you can be hypnotized by looking at the wild, warm flames. However, according to Leave No Trace, the fire should only be kindled as a last resort. It is good practice to use existing fireplaces. However, it is much more often recommended to use a tourist stove. The burner will not take up much space in a backpack, and neither will the propane-butane cartridge intended for it.

Leave No Trace's penultimate rule is the culmination of this philosophy. Respect can be manifested, for example, by not feeding animals or adequately securing fragrant rubbish that could attract insects. It is also important to take care of tourist hygiene using only substances that are natural for the environment.

On the trails, you will not only find wild flora and fauna, but also meet other people. Try not to spoil their impressions of communing with nature, even if they do it in a different way than you do. This is a good opportunity to inspire tourists who are unfamiliar with Leave No Trace rules - they just need to see your camp tidy. 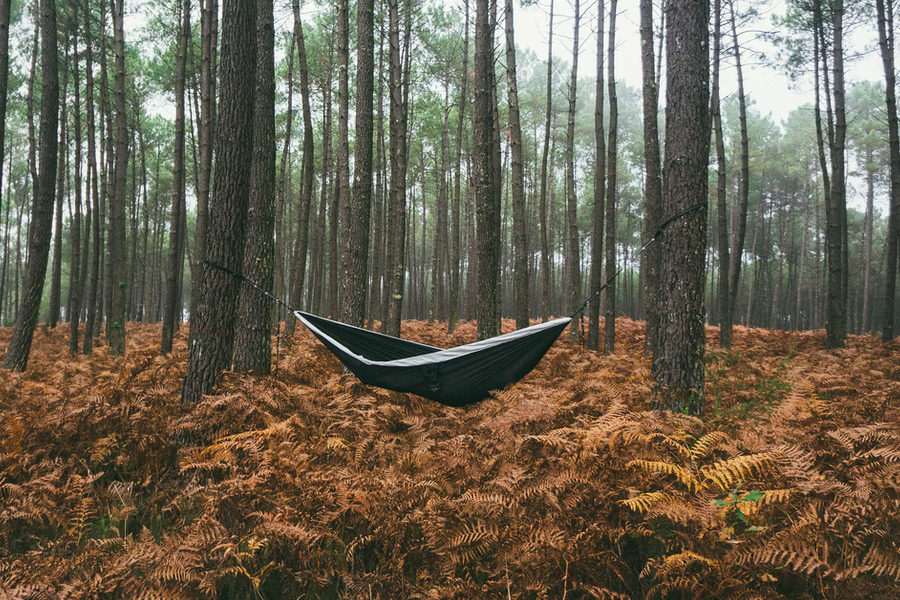 You can spend a comfortable night in a hammock without damaging the undergrowth of the forest.

If reducing your own impact on the environment is not enough for you, you can clean up the rubbish you find in the forest. Completely bottom-up waste cleaning activities contribute significantly to the improvement of the ecological state. We encourage you to support such noble initiatives in which we ourselves are willing to participate - our last #eco-exploration contributed to the cleaning of the famous Paweł Jumper ski jump.