How to get water and food in winter? 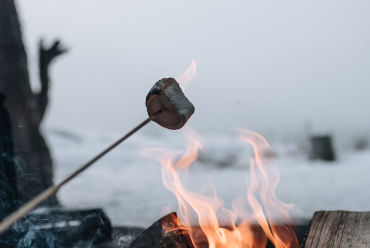 Imagine you are looking for food and water. You are in a forest and around you there is snow covering fallen tree trunks and ice-covered marshes. When asked about examples of food in a forest environment, most people immediately list mushrooms and berries (blueberry, cowberry, wild strawberry, raspberry, blackberry, etc.). However, it is not a food that provides the right amount of protein - an important building block of the body. In addition, most edible mushrooms and berries are found only in summer and early fall. If you're wondering how to find food during freezing weather, check out the article below. In the post, I also answer the question whether it is possible to obtain drinking water from snow.

How to find wholesome food in a winter forest?

It all depends on what forest you are in. The greatest chance of finding food is in wilderness, mixed forests and wetlands, and the lowest in typical forests. If a forest is limited to only one species of tree and to a peloid undergrowth, it is difficult to expect real - and edible - treasures of nature in it. 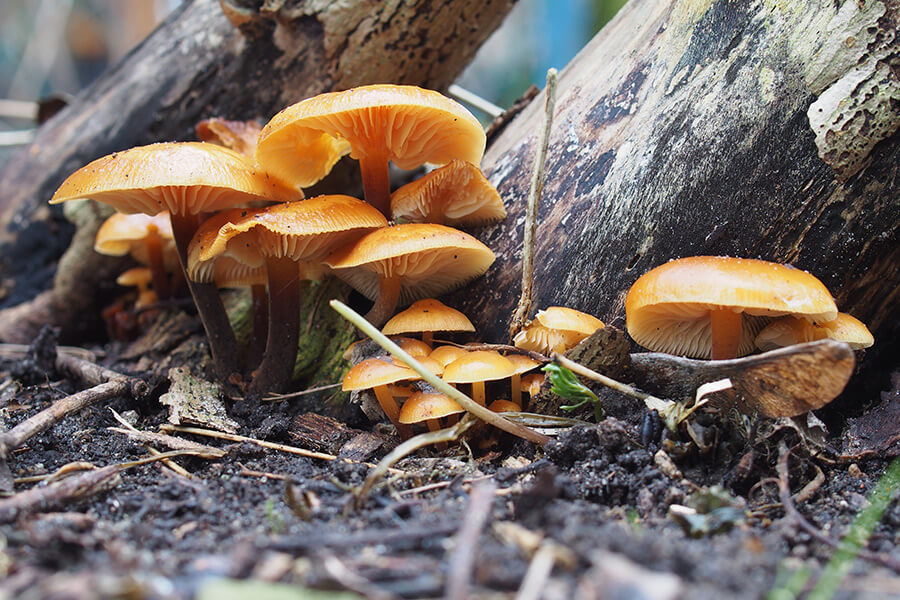 Enoki mushroom is an edible delicacy that - as the name suggests - can also be found in winter.

Winter firefly mycelium against the background of tree trunks: 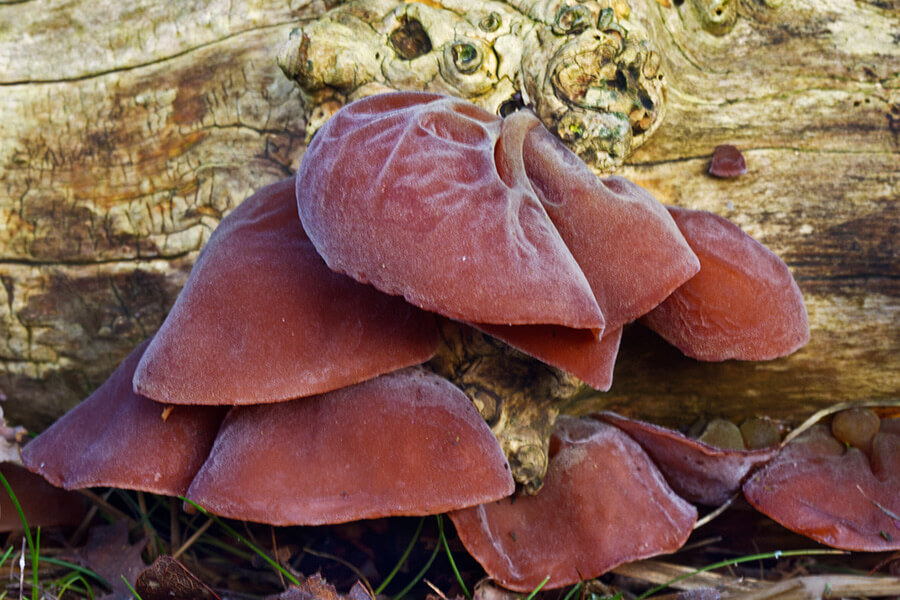 It is also worth paying attention to the elderberry, which is highly valued in oriental cuisine. 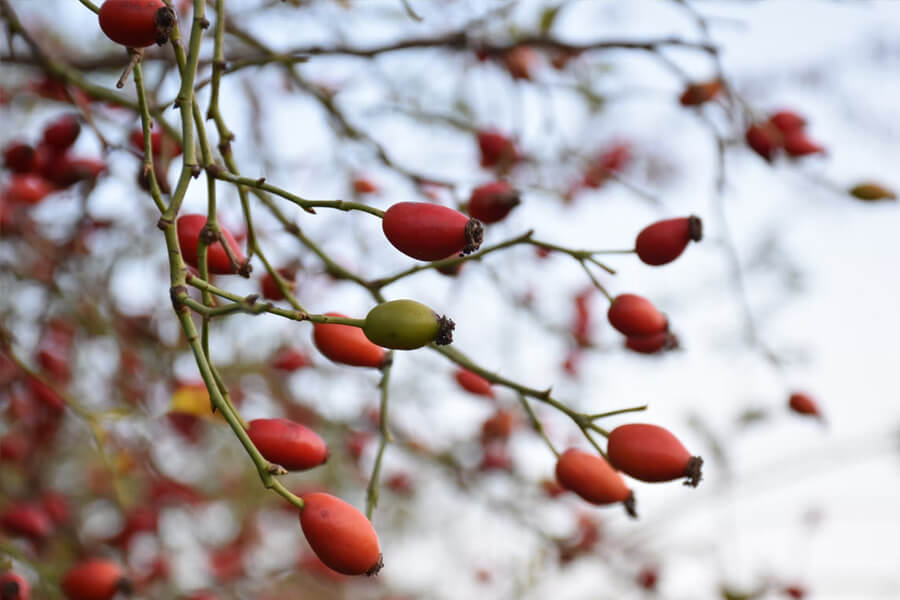 Rosehips can be found all year round, they are tasty and have a lot of vitamin C.

In this post, I focused on gathering. However, you have to bear in mind that if you want to survive in the wild for more than 2-3 weeks, you should be interested in primitive hunting methods. I don't mean hunting a boar with a spear or a handmade bow. After all, the success of such an undertaking would be close to a miracle. It will be much easier and safer to set makeshift snares in the form of loops made of ropes, strings or wire. Traps set up at night on the path of animals stuck in the snow will give you a chance for a solid breakfast in the form of a hare.

It is also worth hunting for smaller rodents such as mice and voles. It is enough to set primitive crushing traps built on the basis of stone and a few sticks. You can also try your luck at fishing with the Survival Kit with hooks and lines. There are many possibilities of using the set and it is only up to you how you use the items to fight for survival.

Snow as a source of drinking water

You can survive up to 3 weeks without food, but without water - only 3 days. This is why knowledge of obtaining water in the short term is much more important than knowing how to obtain food. There are. many ways to stay hydrated in winter, especially when you have drinks prepared in advance, poured into thermoses or bottles. However, I decided to do a little experiment and went on a winter trip to the Golden Mountains for two days. I didn't take a drop of water - why should I carry it when it was all around me in the form of snow? 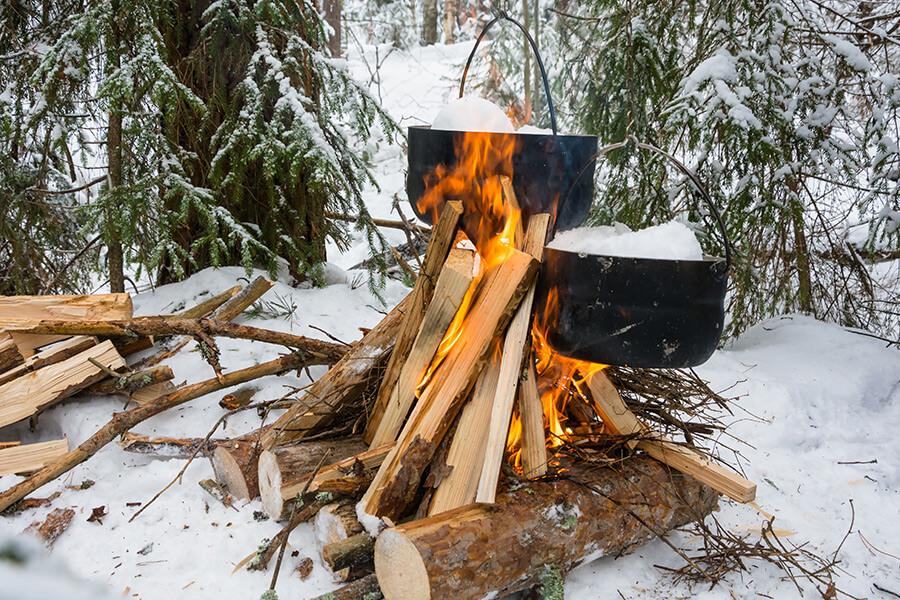 Pots with snow on a bonfire in the forest. There is snow all around.

When planning to obtain water from snow, remember a few important rules: 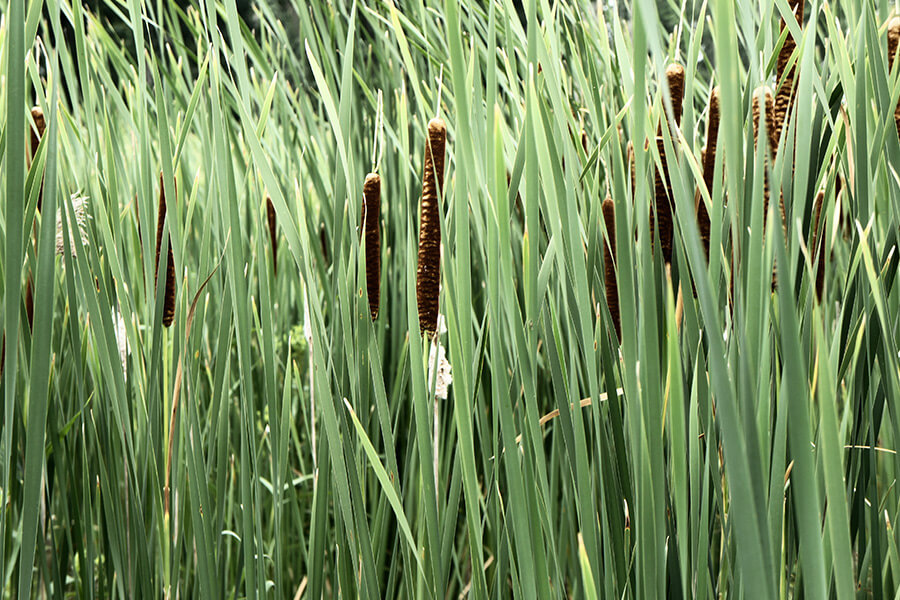 There is a nutritious rhizome beneath the leaves of the cattail.

In the Golden Mountains, I used the method of melting snow over a fire, in the Alps I ate snow, and during forest walks I tried to melt it between layers of clothing. The most effective and, at the same time, the most demanding method was heating snow over the fire.

Finally, an important point. While we can easily survive 2-3 days thanks to snow water, it will not irrigate us sufficiently in the long run. All because of the lack of mineral salts.

Remember an ad for a famous isotonic drink that "hydrated better than water"? The ad didn't lie. The drink contained electrolytes and mineral salts, which in some amounts even "tap water", and which are devoid of rainwater and water obtained from snow. That is why in forests there are placed "licks", i.e. poles covered with salt. Thanks to them, animals replenish the supply of mineral salts that are not supplied by rainwater. So try to find an unfrozen stream as much as possible and use a filter bottle to clean the water flowing from the slopes. The carbon fiber membrane with microscopic cavities will be an effective barrier against bacteria and protozoa. Thanks to the filter, you get water in which - unlike snow - you will not run out of precious minerals.