Get ready for the trip - part VII - the sea 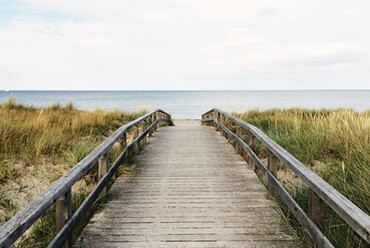 For many people, holidays are associated mainly with a trip to the sea. The beach, hot corn, sunbathing, waste of money and boredom - this is how most people see a vacation spent at the sea. However, seaside holidays, properly planned, can bring a lot of fun and unforgettable memories of spending time actively. Especially for you, we have prepared places that are definitely worth visiting while being by the sea.

Moving dunes in the Slavic National Park located between the sea and Lake Łebsko. A tourist trail is available for tourists, which leads through a 5-kilometer section of the Łeba Spit. Upon entering the dune peak, you can see the landscape like a desert.

On the way back, I encourage you to visit the Rocket Launcher Museum - Secret German Testing Ground from 1940.

By bike through the Hel Peninsula

The bicycle route leads enthusiasts of active leisure through Puck, Swarzewo, Władysławowo, Chałupy, Kuźnica, Jastarnia and Jurata to the final point, i.e. the Hel Peninsula. The entire route measures approx. 45 km and is separated from car traffic, so you can not only relax in case of fatigue, but also in silence admire the changing landscapes. What's more, there are various catering facilities, campsites and accommodation places on the route, so the trip can be divided into, for example, 2-3 days. Although the route seems long, it is extremely easy. However, if you feel tired, you can always go back by boat or train.

When you are already in Hel peninsula, be sure to check out the Museum of Coastal Defense and the Seal Center.

The underwater world at your fingertips

Probably not many people know where Sarbsk is and what treasures it may hide. And believe that there are really many to discover. Sea Park Sarbsk is the largest theme park associated with the seas and oceans. The children will be delighted and the adults will feel like children again. To discover are, among others prehistoric oceanarium in 3D technology, gdzie zobaczymy gady żyjące miliony lat temu, największe w Polsce Fokarium, a także oceanarium Real Ocean 3D. Real Ocean 3D to miejsce przypominające wyglądem okręt podwodny. Przez liczne szyby pokładowe można podziwiać współcześnie żyjące morskie zwierzęta. A to jeszcze nie koniec, w Sea Park Sarbsk znajdzie się również coś dla pasjonatów potyczek i bitew morskich – Wreck on Backwards, a replica of the Swedish galleon Solen, which allows you to experience a sea adventure on land.

There are even more attractions, but you must see it for yourself!

On the trail of lighthouses

The first lighthouses were built in antiquity and initially their prototype were bonfires fired on coastal rocks and special crane structures so-called Vulcan pots that lifted the fire basket (hearth). The first object on Hel that served as a lighthouse was the church tower in which the fire was lit. But enough about history, time for modern times.

You can travel the lighthouse route, both by car and bicycle. And although entering every lighthouse requires a lot of effort, wonderful panoramas reward every drop of sweat on our forehead. 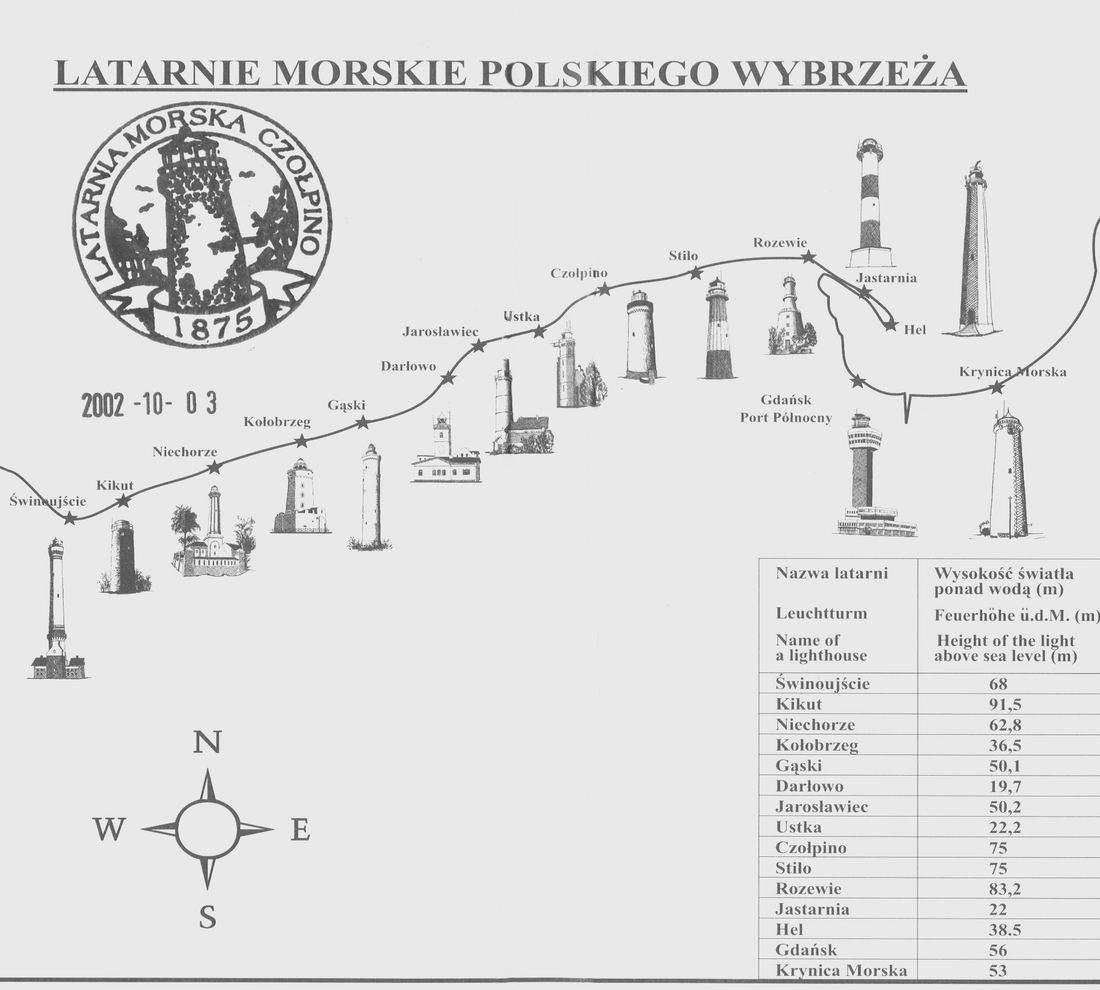 Map of lighthouses on the Polish coast.
Photo: http://www.moje-morze.pl/latarnie.html

A seaside triangle of tourist attractions

Meeting with Vikings, walking with a bison, discovering the secrets of the Underground City and gaining a military rank - all this is possible in one weekend. Wolin is a place where you will not lack adventures and challenges. In Fort Gerhard (we wrote about the fort here) and the Underground City on the Wolin Island, you will discover the secrets of the seaside fortress and see exhibits related to the development of fortifications and the history of coastal defense.

Not far from the Fort (about 15 km) is the Wolin National Park, which hides 3 tourist routes:

The last point of the trip is the Center of Slavs and Vikings (Skansen in Wolin), where you will visit early medieval buildings, learn about everyday life from hundreds of years ago and take part in experimental archeology workshops. As you can see, the sea does not have to be boring;)