Fight and Passion – Run for the record of Matthew Kofi Kufel 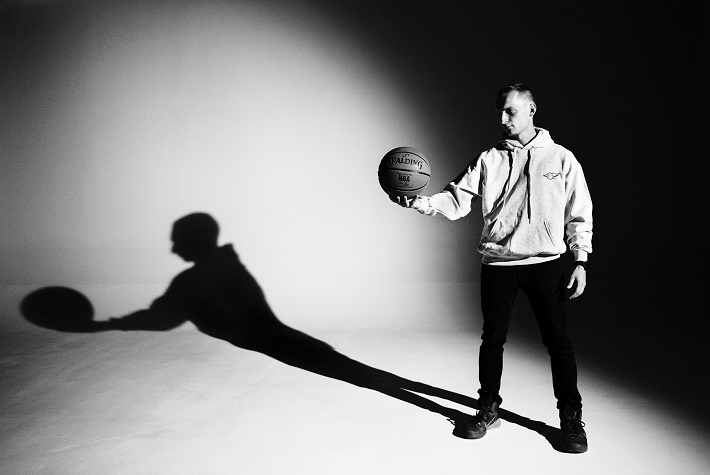 Milworld is a store for people who, like us, have passion in their blood. However, today it will not be about us. Some of you probably have had the opportunity to see our promotional film with the participation of Mateusz Kofi Kufel - if not, be sure to catch up. After performing in I have a Talent, the media described him as a wizard with a ball, but what he does is not just ball tricks.

Kofi is currently working on another major project - Run for the record - on September 25 this year he will take part in the Warsaw Marathon to set the Polish marathon record by dribbling with two basketball balls. As you can see the goal is clear, but the challenge is much bigger. Running a distance of 42 kilometers and 195 meters in about 4 hours is a real feat, especially when it comes to dribbling with balls. Therefore, especially for you, we decided to talk to Kofi and learn a little more about the run, its motivation, preparation and assumed effects.

Milworld: You are a man who makes decisions throughout his life guided by intuition and heart. Do you remember your first reaction when you had the idea of running a marathon dribbling the balls into the basket?

Kofi: I waved my hand at this idea. I thought it was a border that I would not cross. I have never run professionally before, I have not even run a half marathon. Who normal tells the world that will set a new Polish record, adding in default probability Guinness Record?

M: As far as I know, you've never run such a distance before. Can you make it?

M: In conversations, you always emphasize that you never give up your dreams and always fight to the end. Working on creating the world's first interactive LED outfit for the needs of freestyle basketball required a lot of dedication and really hard work, and what do your preparations for the run look like?

K: The last 3 months are something new for my body. Calorie-based diet, run based on heart rate, pace, distance and surface gradient. In two words, solid preparation. As for the dream, they must be embedded in some framework of reality and possibilities. Without a sober assessment of the situation, we will not realize even the simplest "dream". From all these trials, mistakes and successes, realizing innovative projects, I have gained knowledge enabling me to coordinate many things while preparing for a completely foreign field of sport. Running is not just mindless stomping. It consists of many elements that I was not aware of before. At the moment I do about 8-10 trainings a week, including 5 runs.

M: Probably more than once during training sessions, there were fights in your head between doubt and determination, what motivated you then to continue to implement the plan?

K: Each ambitious goal that surpasses us at a given moment is probably some form of mental masochism, something like toxic love that, contrary to appearances, develops us. Breaking the 30 km border in the sun, you look around and wonder WHAT DO I NEED ALL OF IT FOR? Your heart is pounding, you can barely stand and dozens of thoughts and questions in your head. I have before my eyes my friends who gave up many important things in order to be able to function somehow in this world. I have before my eyes people who are no longer with me, who devoted their time and energy believing in the sense of what I do sometimes more than I do. All experiences have completely changed my worldview. At such moments, all these experiences, thoughts and views are boiling over in the head. Then I go further. Besides, it's beautiful to be another person somewhere in the world who is blurring the boundaries of what is possible and what is not.

M: Many companies support you in your preparations, and what about your loved ones - can you count on their support, or rather you hear the words "you can't do it", "what bounced you", "you have nothing to do"?

K: All in all, I only met with positive feedback from all sides. What I do not understand completely. On the one hand, I implemented more ambitious projects, on the other, it was a challenge that at the beginning surpassed me physically and mentally like never before.

M: On your profile you wrote that this race is not only an attempt to set a record, but also a willingness to support the We Give Children a Strength Foundation. On the Warsaw Marathon website, you set the challenge of raising PLN 3,000. The bonus is the performance of various types of tasks while collecting specific goals. Where did the idea of crossing the finish in a cap from the ball to the basket came from, while undressing to underwear running backwards and singing the song of Akcent?

K: This is my nature of a prankster. Occasionally comes to the surface. An ambitious goal, tasks a bit ... odd, so it's the perfect combination.

M: Have you tried to complete this challenge or are you focusing on training for now?

K: You mean run backwards singing Akcent? Maybe around the house, but never with balls.

M: Is the Run for Record project you are working on now just a one-time action or is it just the beginning of something bigger, e.g. like Kalani Ahmad, do you want to show young people that with passion and a heart for things you can do more?

K: I met Kalani recently. He came to the championship, which I judged. A very positive person with amazing skills. I have never seen anything like this in my life.

The record is just the next stage. I did almost everything in my life for the sake of others. Otherwise I would never have survived all those really hard moments. There was a moment when I completely doubted the sense of what I was doing. After 8 years of organizing shows, I just gave up. As my brother used to say, you won't be Jesus Christ. After this break I understood something. I will not be Jesus, but one of a kind Matthew, who may not have been the ideal of life, but he will leave something special in this world by turning the diagrams upside down, yes.

M: If you were to use only 5 words in a sentence to describe what you are doing now, what would that be?

K: Faith, struggle, reorganization of life, courage. It has little to do with the constructive sentence. This is the first thought.

If you want to be up to date, follow Kofi on:

Interview with Mateusz Kofi Kufel was conducted by Joanna Rassmus