Exploseum - a place that has many secrets 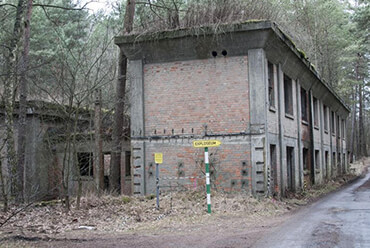 Concrete structures perfectly camouflaged and embedded in the area, post-factory interiors connected by a network of tunnels and corridors, which are an extraordinary tourist and educational value not only for the region, but above all for history. A place where you can see, learn and touch everything related to the arms industry, the history of the city and the forced labor of people.

The Exploseum is a unique example of perfectly preserved industrial architecture since World War II. The exhibits inside allow you to learn about the history of the DAG Bromberg factory, which is the point of the ERIH European Industrial Heritage Trail and part of the Water, Industry and Craft Trail in Bydgoszcz. 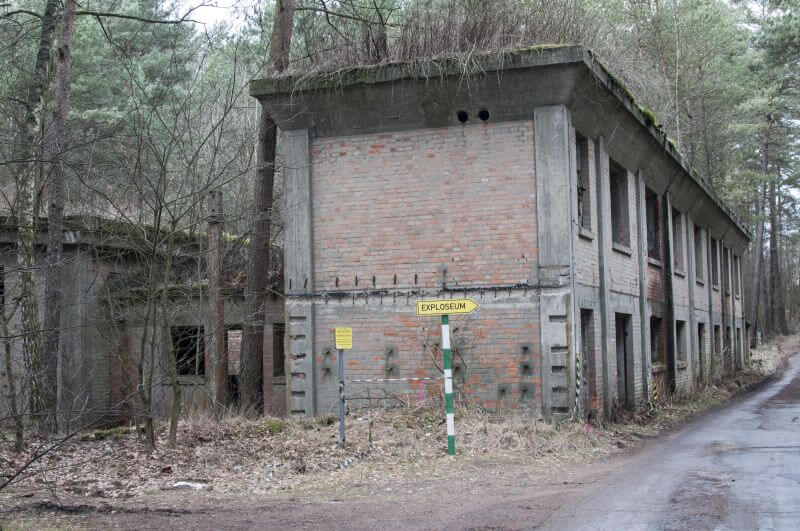 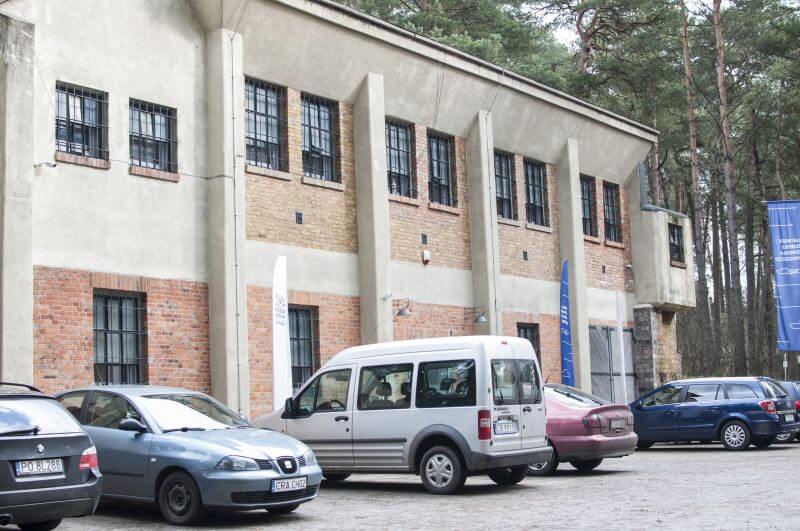 Exploseum DAG Fabrik Bromberg is located in the Bydgoszcz Industrial and Technological Park, the former Zachem factory and the Bydgoszcz Forest. During World War II, nitroglycerin, smokeless powder POL and nitrocellulose were produced here, and research was also carried out. Dynamit Aktien Gesellschaft was one of the largest production plants of the DAG concern and the arms industry of the Third Reich. The initial assumption of the company was to continue the work and concept of the dynamite factory, which was founded by Alfred Nobel. However, after 1933, the company only dealt with the arms industry. 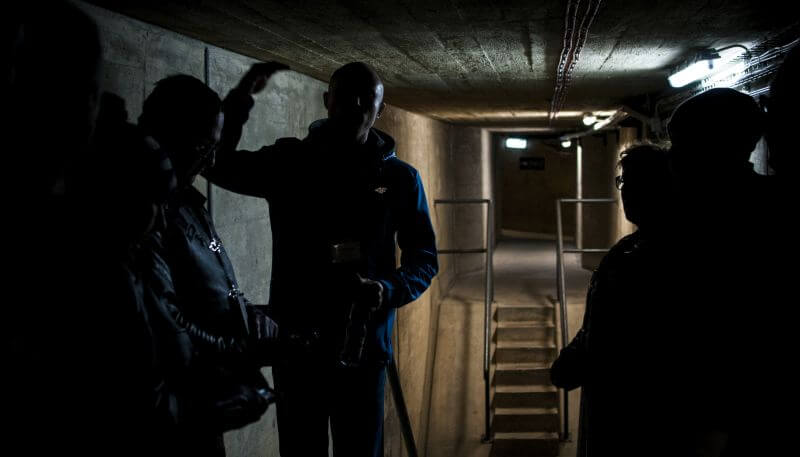 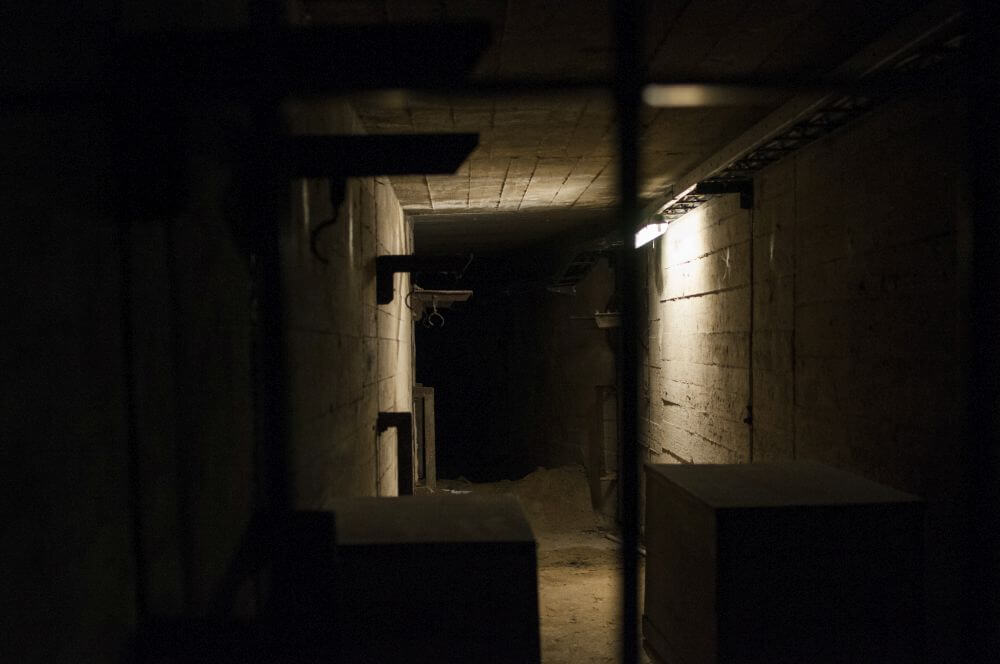 Sightseeing includes not only traditional exhibitions, but also those using modern technical solutions - multimedia, film, sound, film projections. Thanks to the introduction of interactivity, each visitor can become part of the reality he or she gets to know.

The entire route is about 2 km long, and each building is devoted to a different topic. The exhibition includes not only objects related to the direct functioning of the DAG factory, but also forced labor of the local society, prisoners of war and concentration. Inside the factory buildings, we learn about the beginnings of the DAG enterprise, which begins with the biography of Alfred Nobel, the founder of the Dynamit-Aktien Gesellschaft group of explosives. 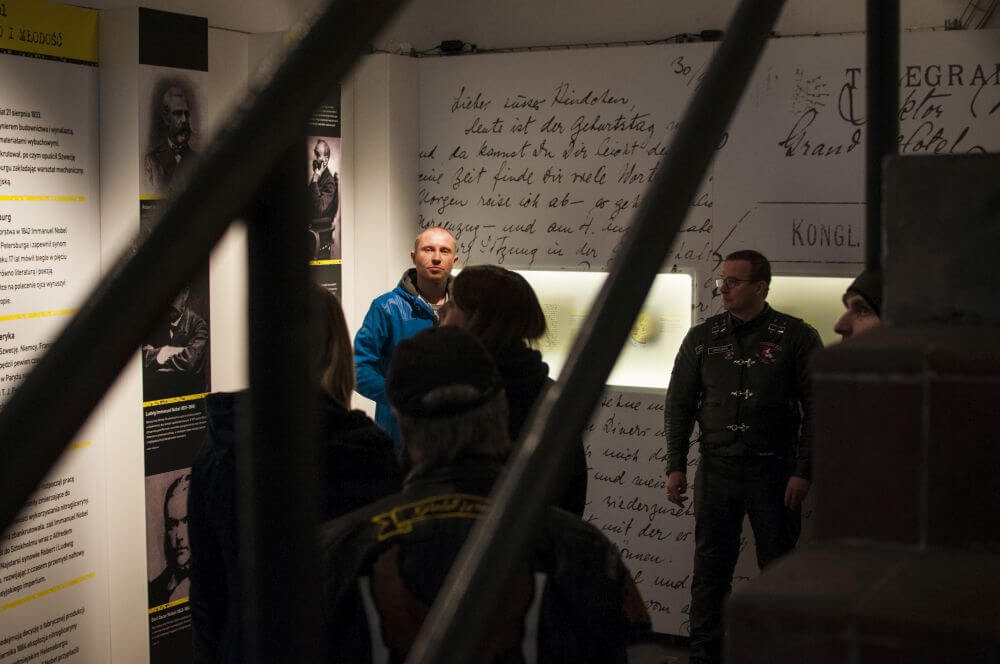 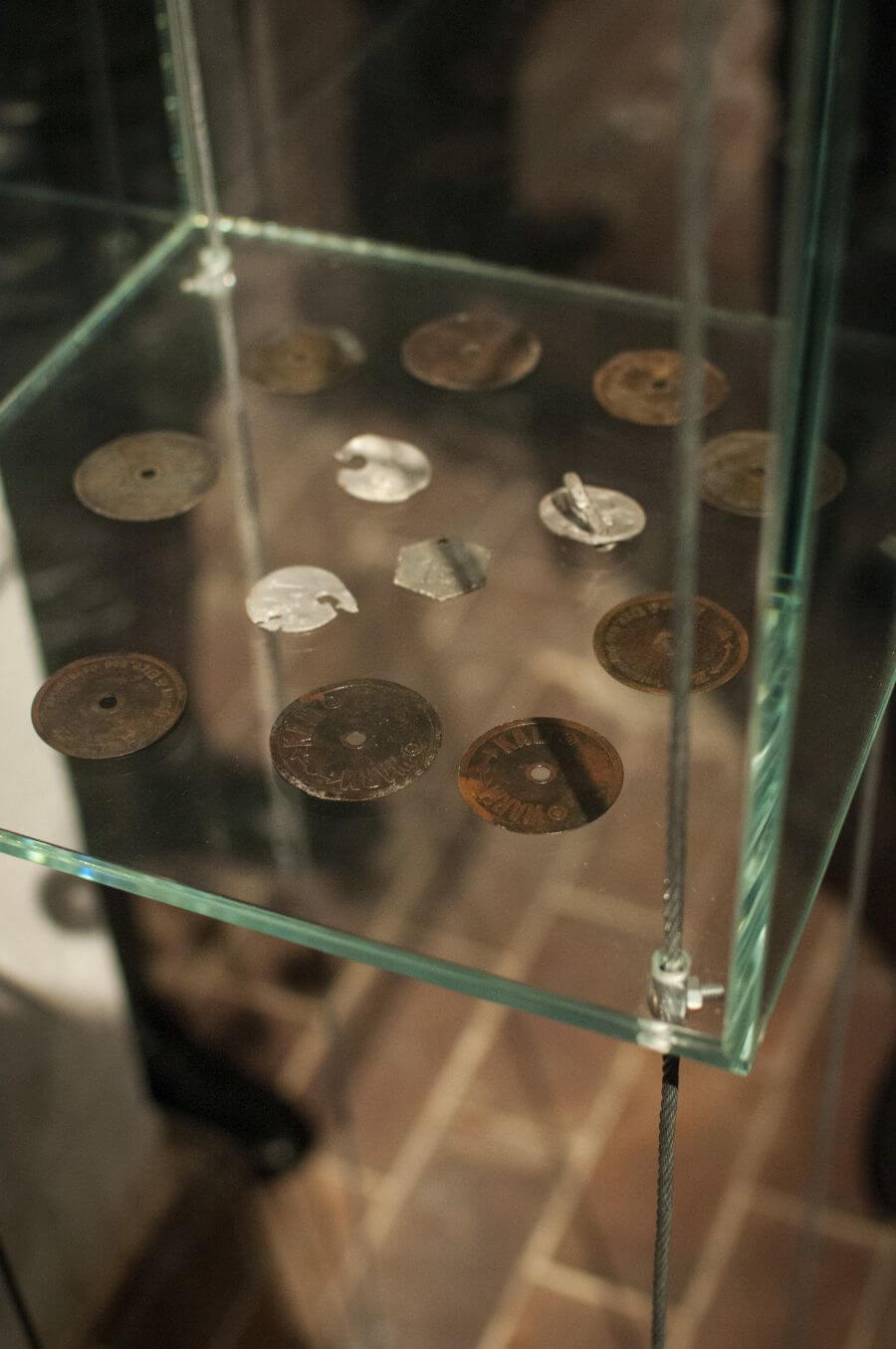 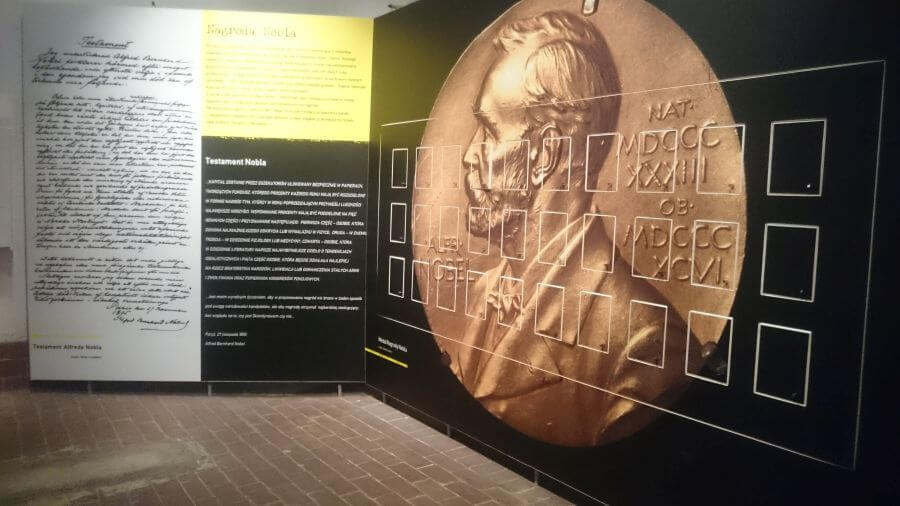 A technological tunnel with metal rails mounted on both sides, to which brackets holding transmission pipelines were originally attached, leads to the rest of the exhibition. The interactive and multimedia exhibition allows you to learn about the technological function that the building performed during the factory's operation. The supplement is exhibits, reprints of original documents from the construction period and operation of the Dynamit-Aktien Gesellschaft plant, vormals Aflred Nobel & Co., Bromberg. 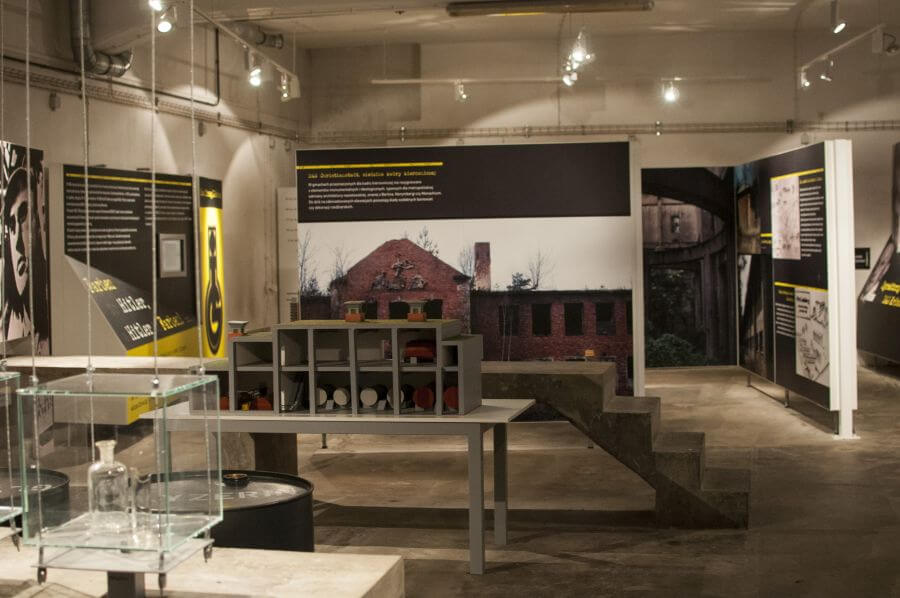 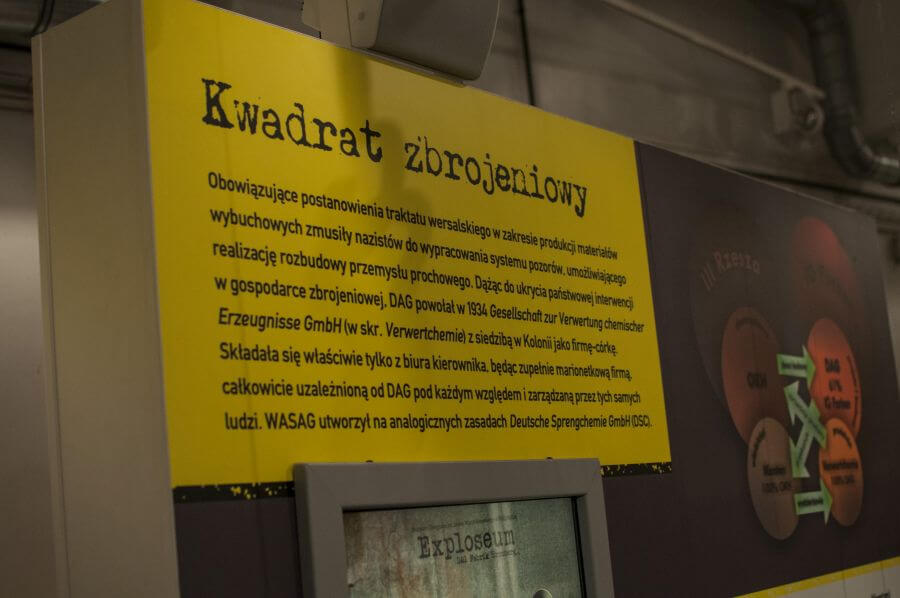 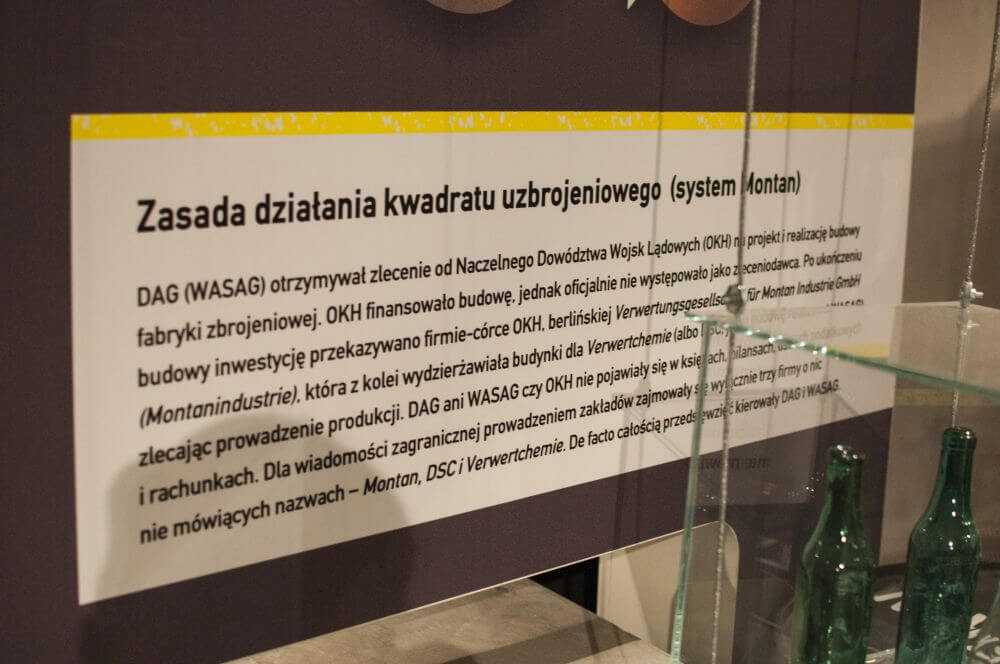 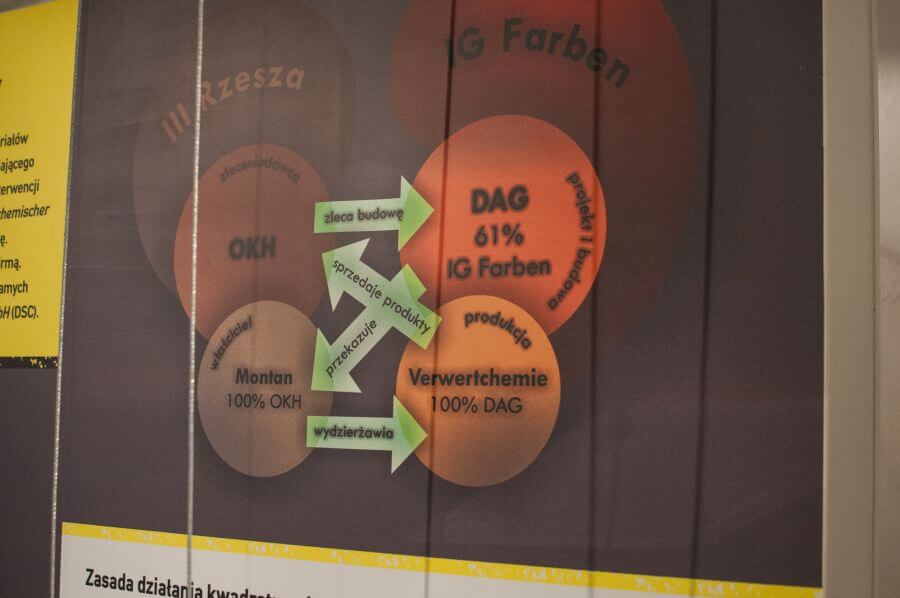 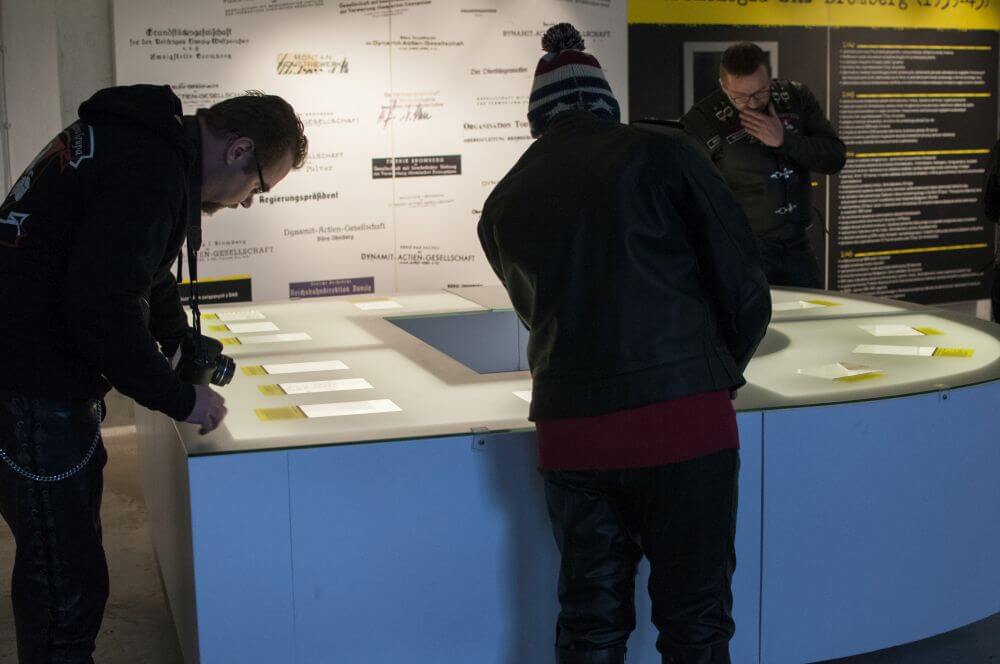 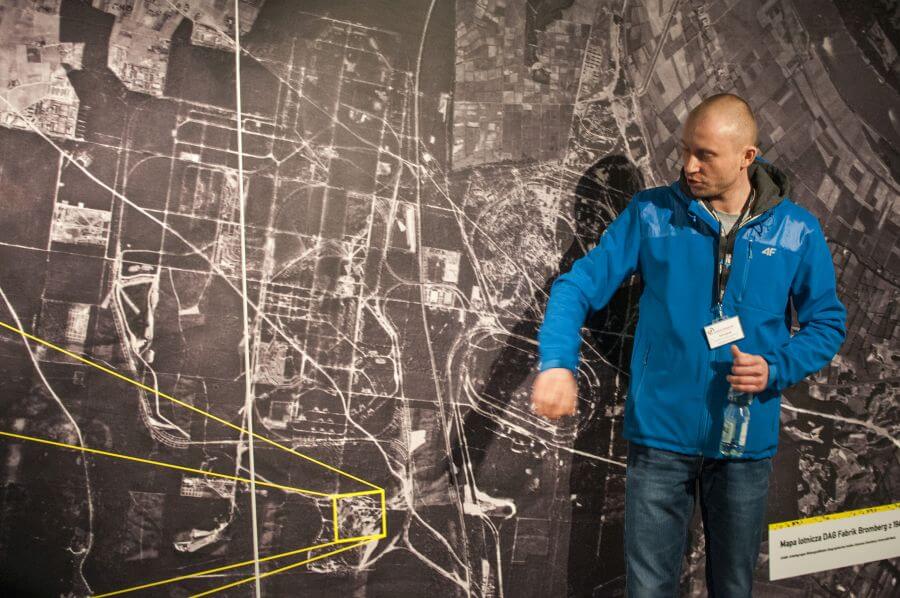 In the further part of the route we learn about the operating conditions of the explosives plant. In this exhibition we have the opportunity to put on / try on a replica of protective clothing. Going further, we have a history of weapons and weapons. And among the expositions we can see a set of models of war machines, e.g. trebeusz, machine gun fire station model 30, showcases with firearms, M16, M1 Garand, MP40 replicas, which you can pick up and check the principle of their operation. 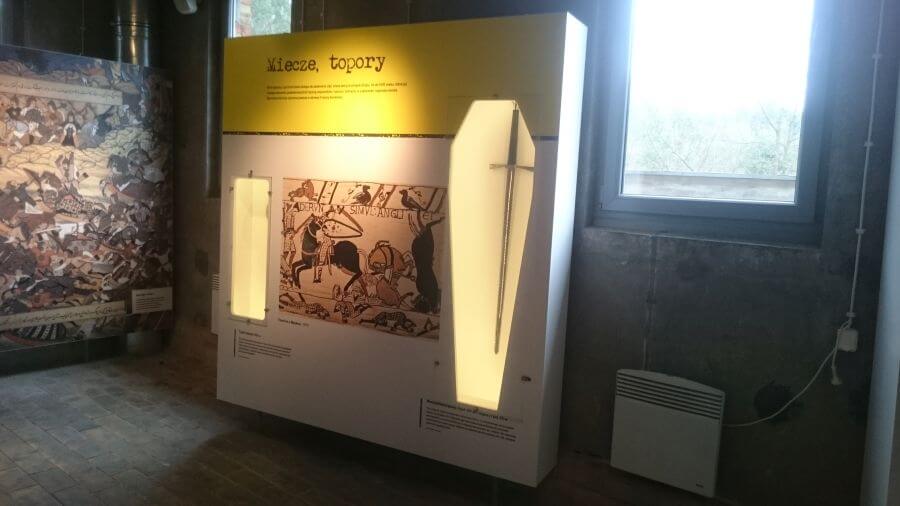 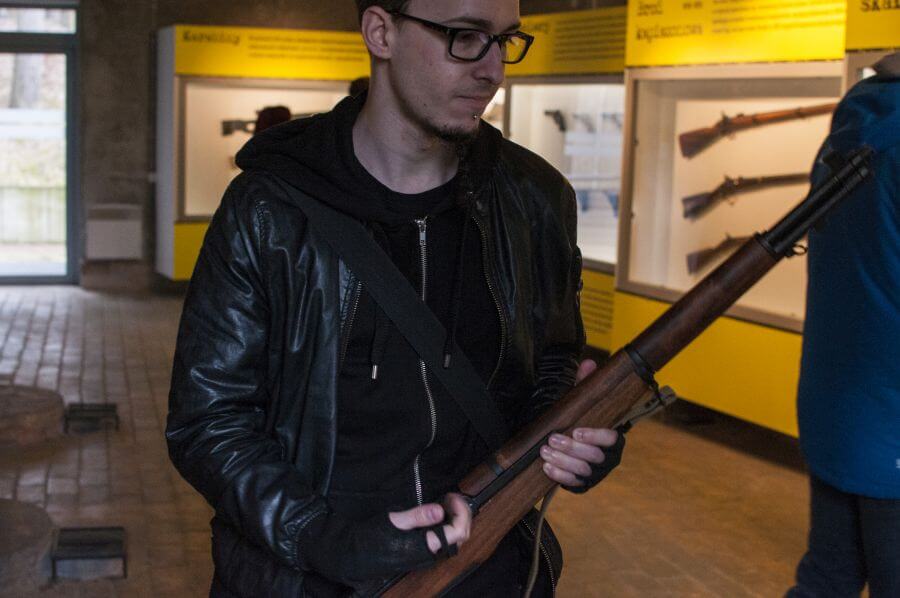 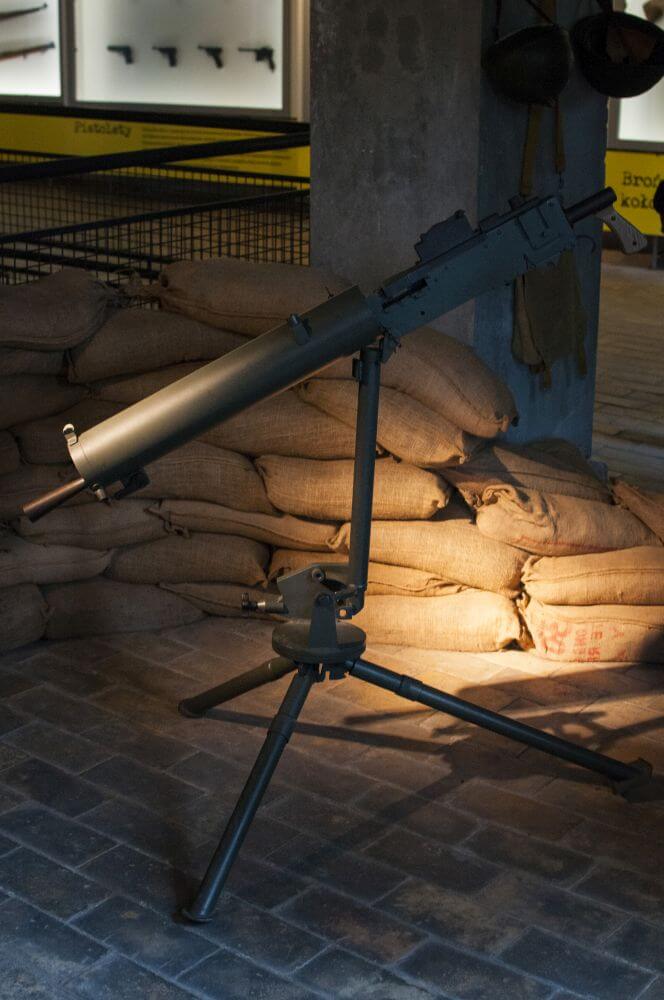 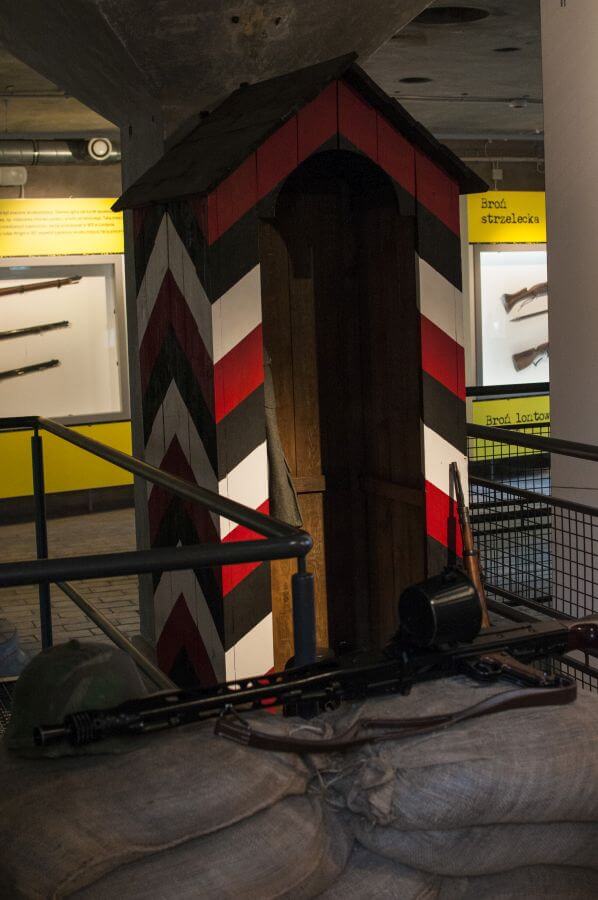 In Exploseum, we also learn about the history of war cars, aircraft, ships and explosives of the 19th and 20th centuries. The exhibition is fully based on multimedia presentations, machine engravings and numerous photographs. For those interested and true enthusiasts, a map is prepared with places where nuclear charges have been lost. The original design of the explosive walls and the reprint of the American map from 1942, in which Poland was shown as part of the Soviet Republic, is also amazing. 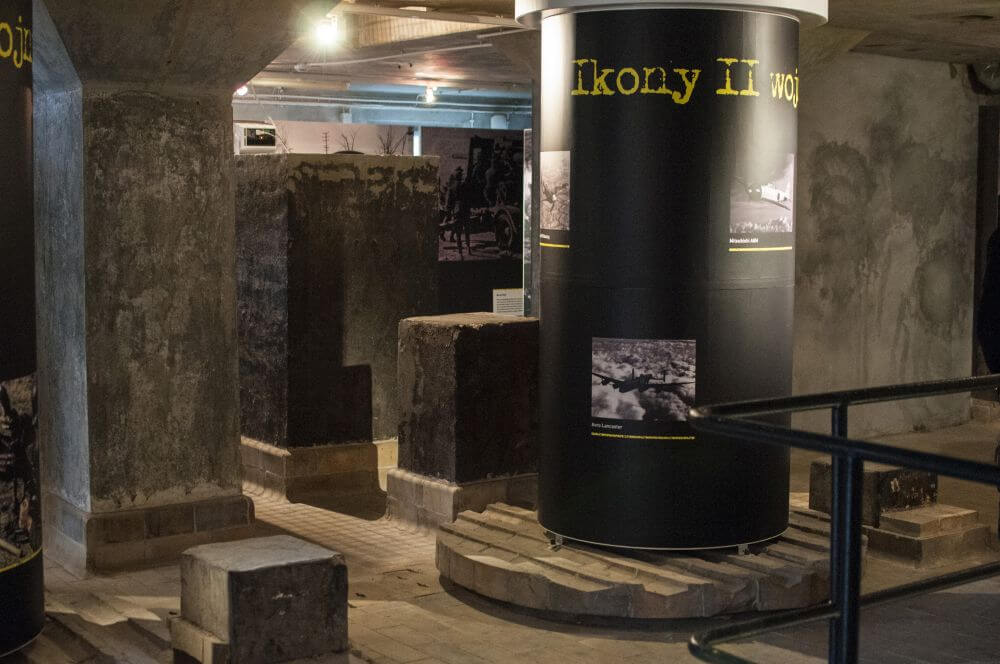 The last stages of the tour are issues related to forced labor in the Third Reich, underground and sabotage activities of Polish workers and the criminal activities of the Red Army. Getting to know this difficult story that relates to D.A.G. Fabrik allows us to understand and remember this historical heritage. 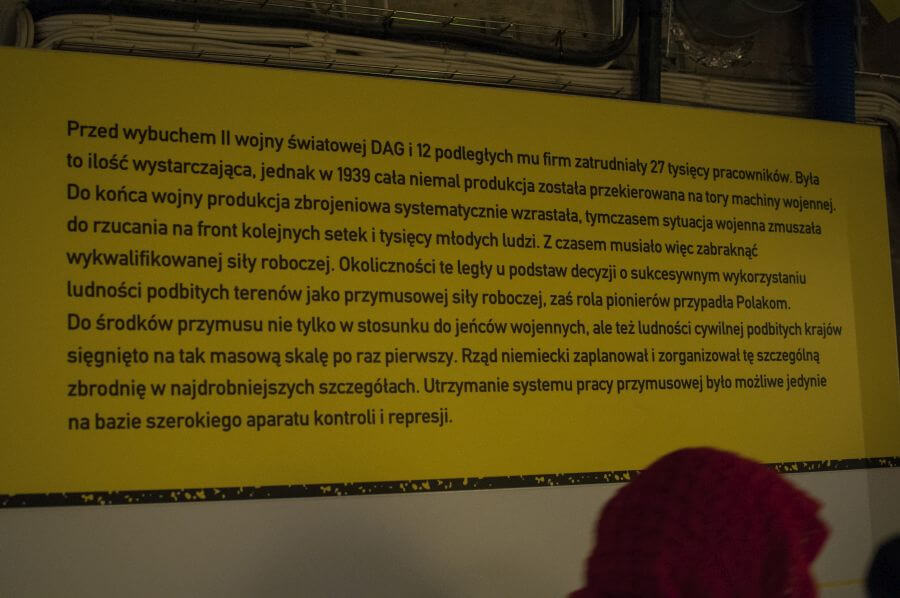 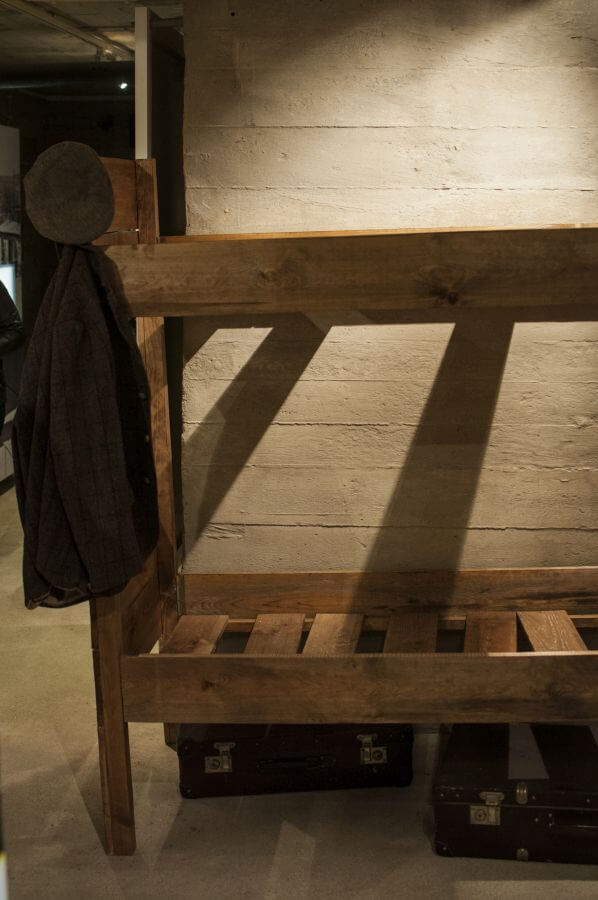 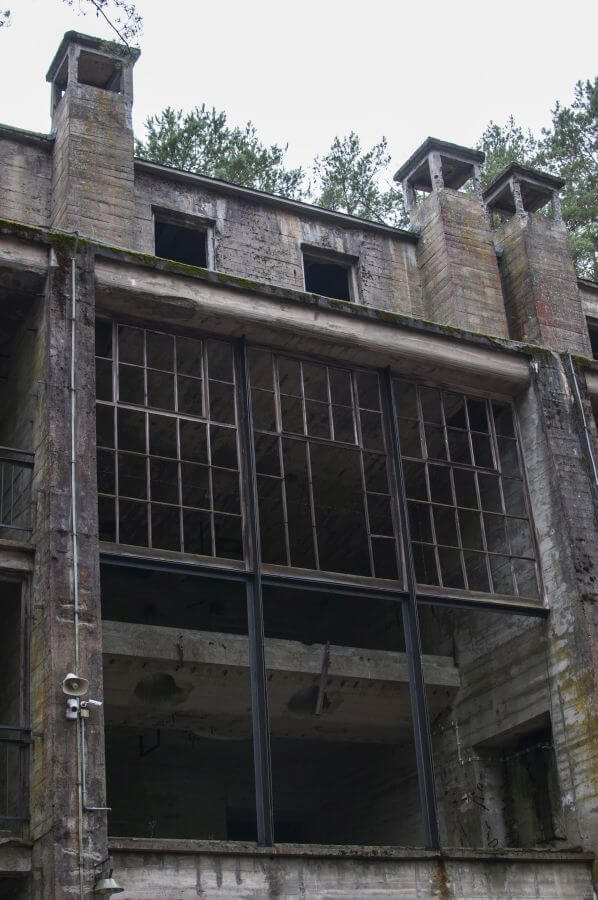 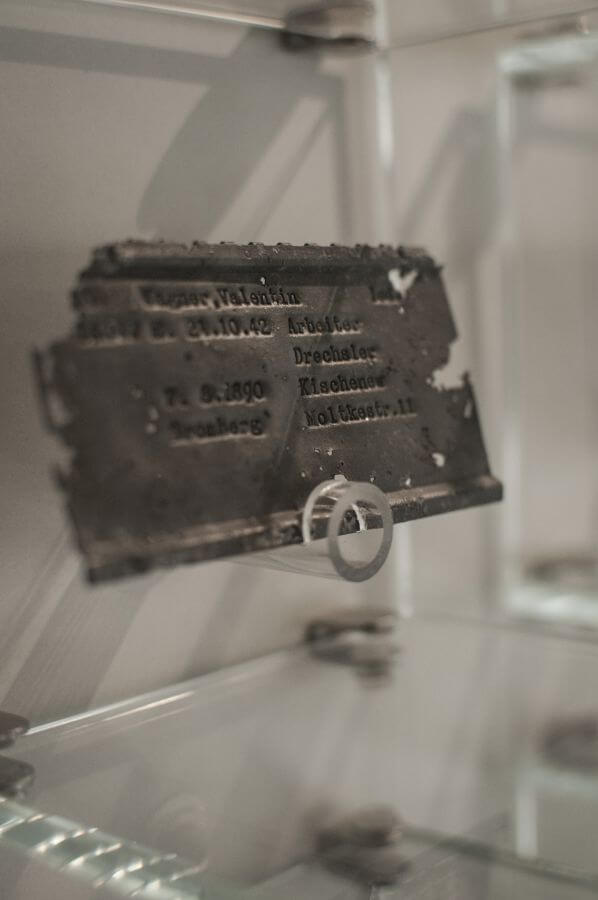 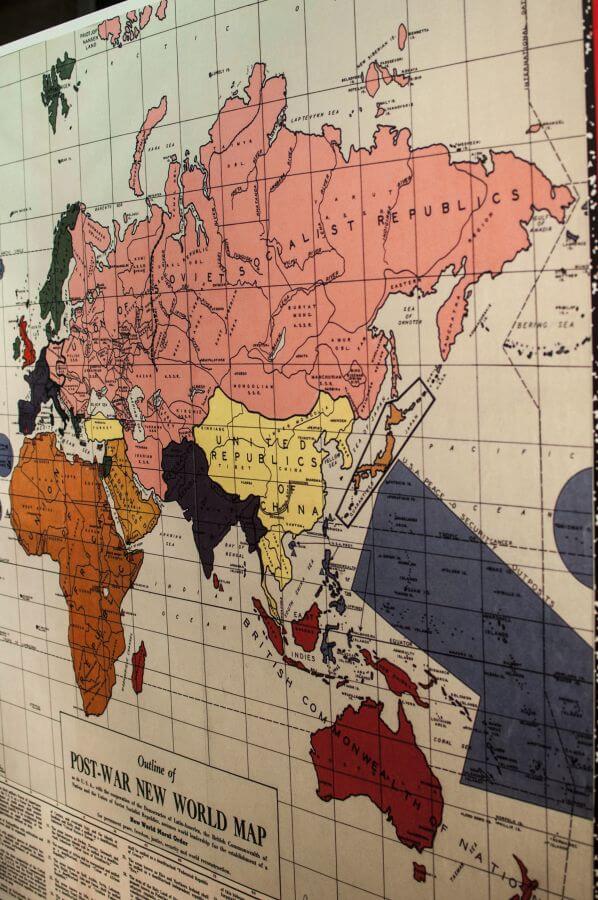 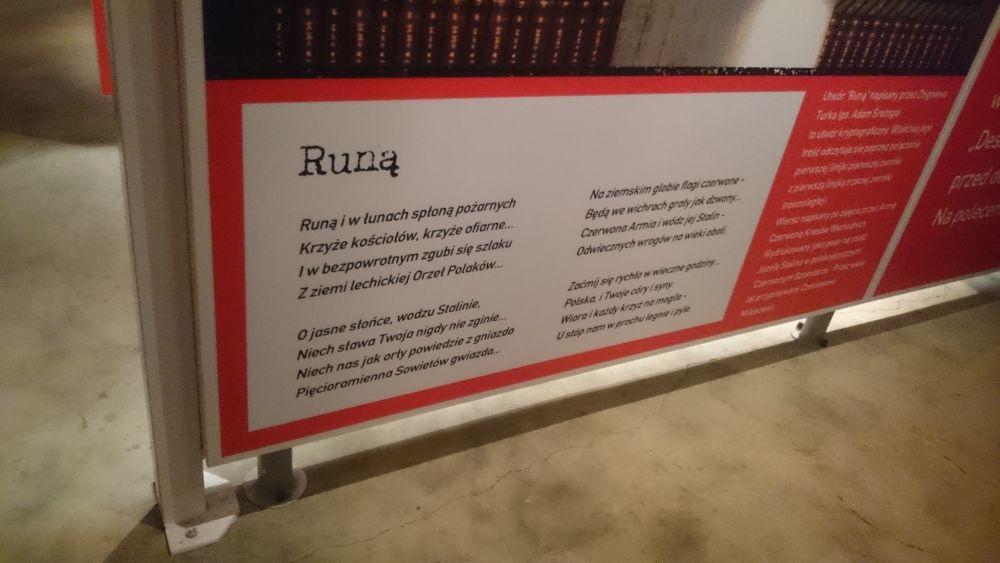 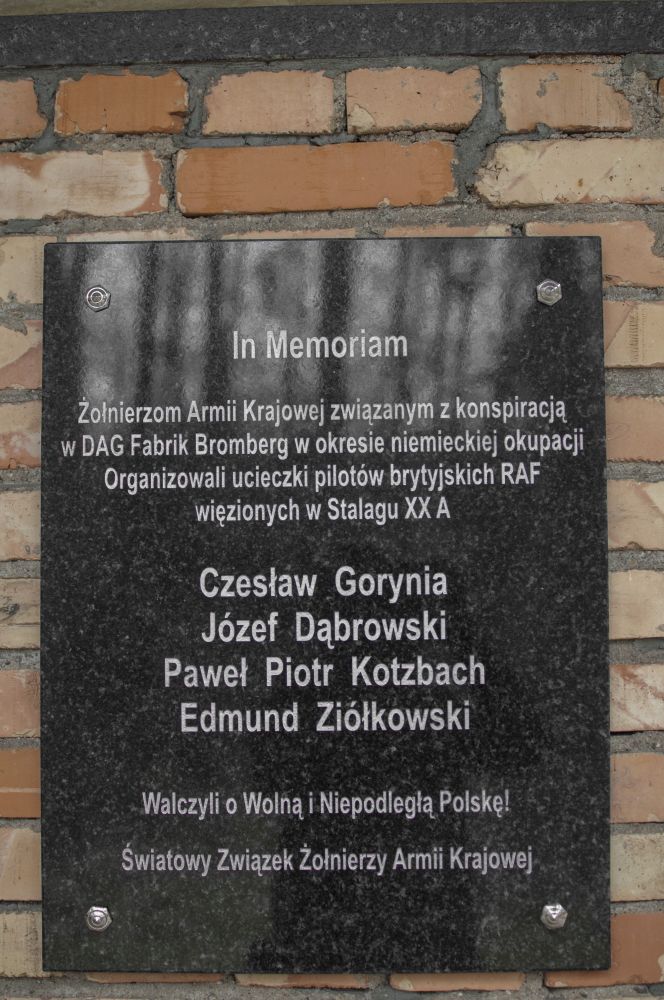 The Exploseum is a facility functioning within the District Museum of Leon Wyczólkowski’s in Bydgoszcz. It owes its origins to real enthusiasts. The museum can be visited alone or with a guide. Personally, I recommend visiting with a guide first, and then alone.