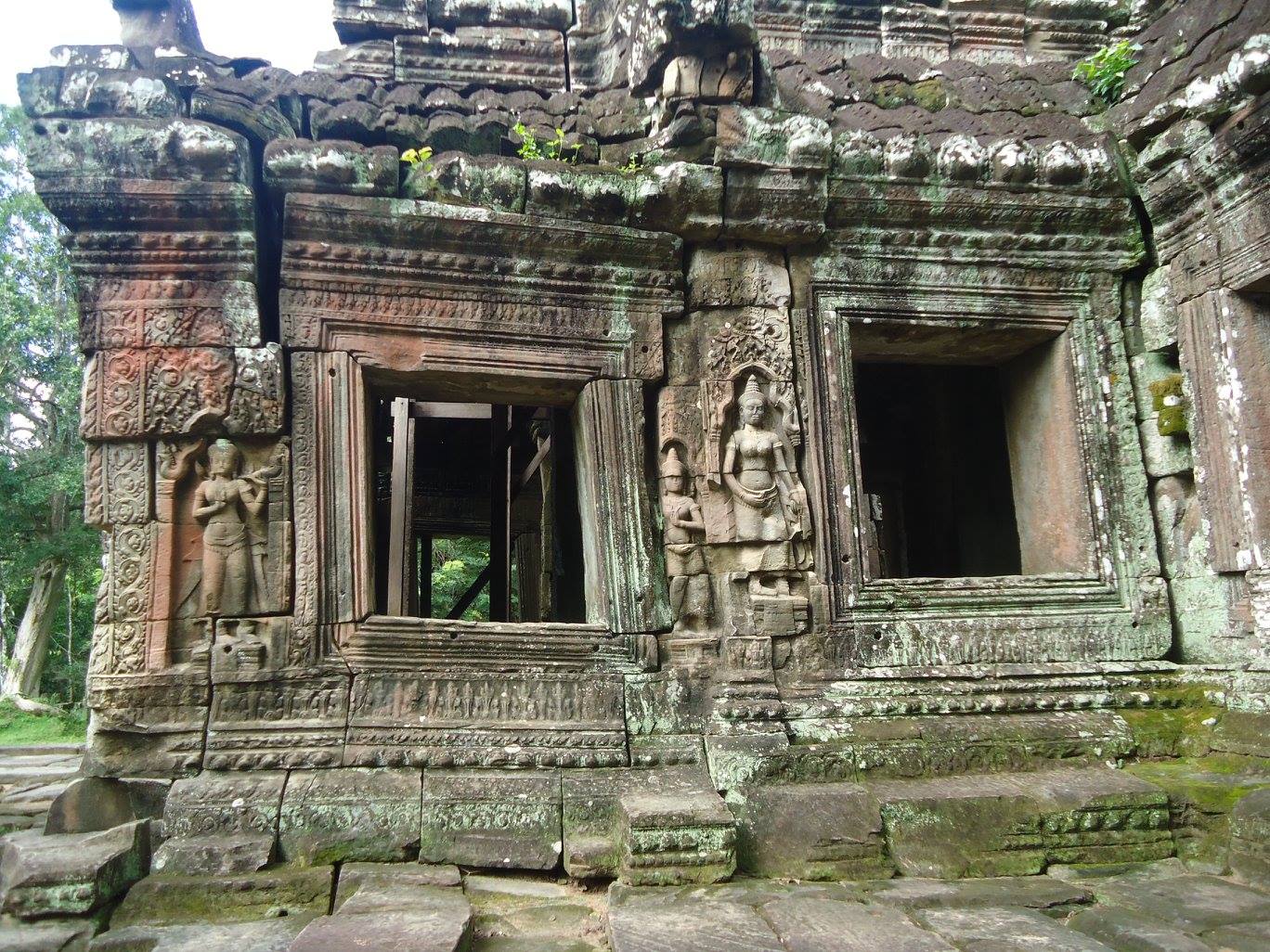 "Sunrise against the backdrop of the Angkor Wat temple is something you will remember for the rest of your life. You must see it! " Every tuktuk driver in Siem Reap says the same thing and promises to come for me a quarter to five in the morning. Somehow this does not turn me on and politely, with a smile on my face I answer to each one of them separately that maybe another time. The reality, as it often happens, differs significantly from the promises of local drivers. At this "one of a kind attraction" since dawn crowds are brought. Crowd, fuss, little space. And the sun is always rising. Unfortunately, you don't always have the opportunity to see it. Because if the sky is overcast, it's nothing from the spectacle. Sometimes the weather is good. But more often not. But if you ask those who were there, everyone crows in awe "amazing !, awesome !, the best day in my live!".

Few people openly admit that it was a waste of time because the weather was average and the number of people was cruel. However, me and my friend rent bikes and go for breakfast. A lot of people. Hundreds, maybe even thousands. A friend breaks the chain near the Bayon Temple. Immediately it gets dense from tut-tuts. Everyone offer their help. They'll take you to the city for a bike rental for just $ 20. For this money, you probably could buy three such bikes. Of course, no one has the tools. After an hour, an elderly gentleman approaches. A kind soul. He says that a kilometer away there is something like a workshop. Two young boys do what they can. They replace bicycle inner tubes, repair motorcycles and stuff. The queue is large, so we wait another hour. But the professional repairs the chain very solidly. The buddy stops cursing like a damn and slanders the dilettantism of the rental lady, the old bicycle and everyone around him who has conspired against him and refused to help. 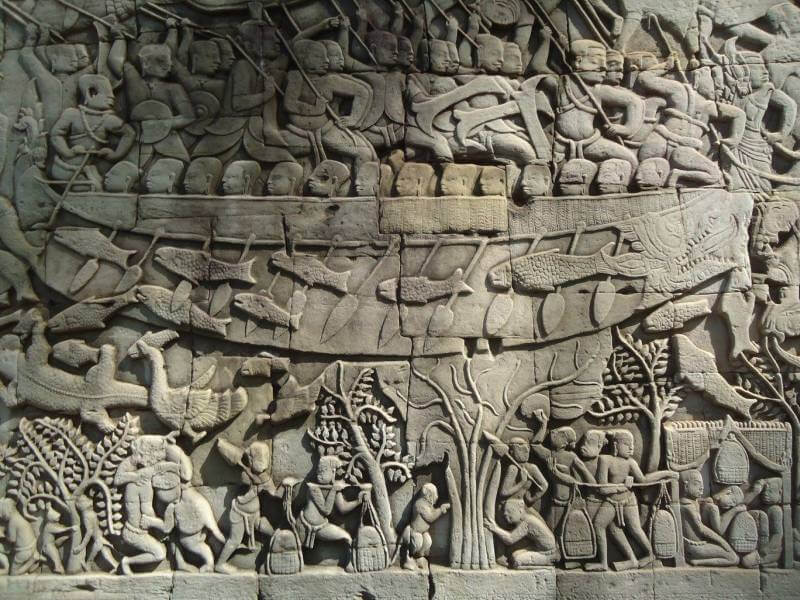 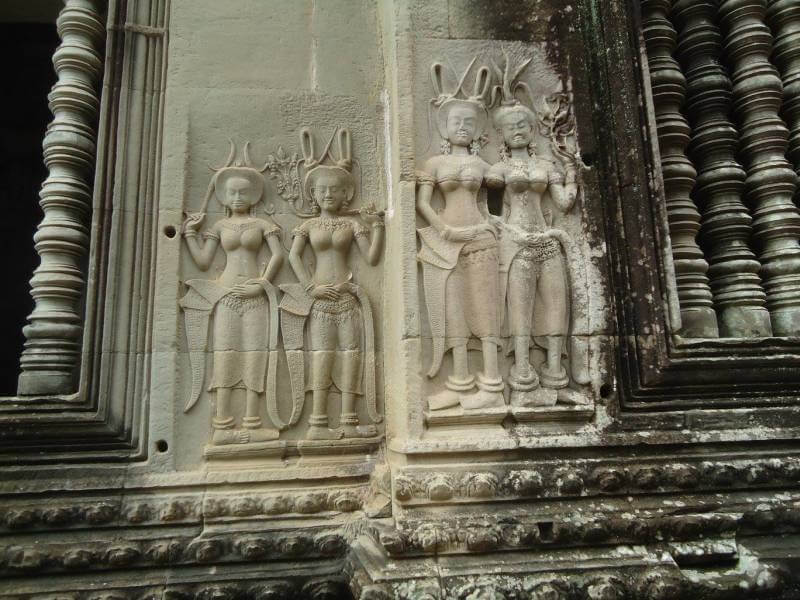 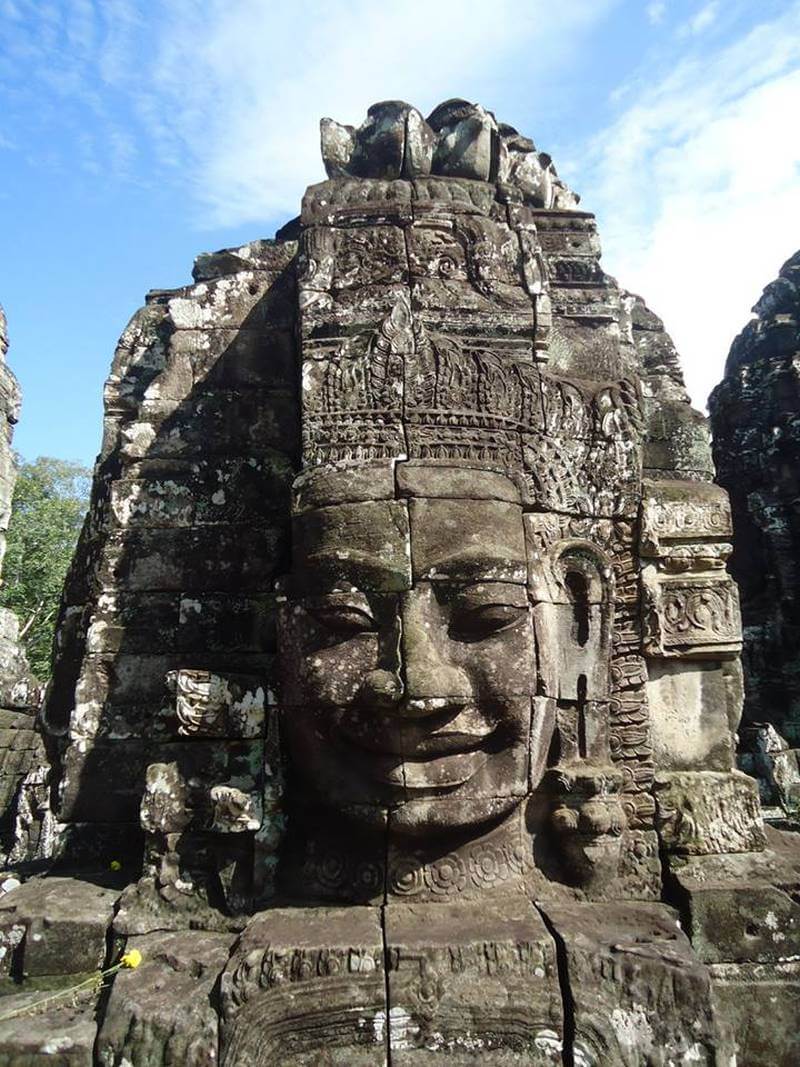 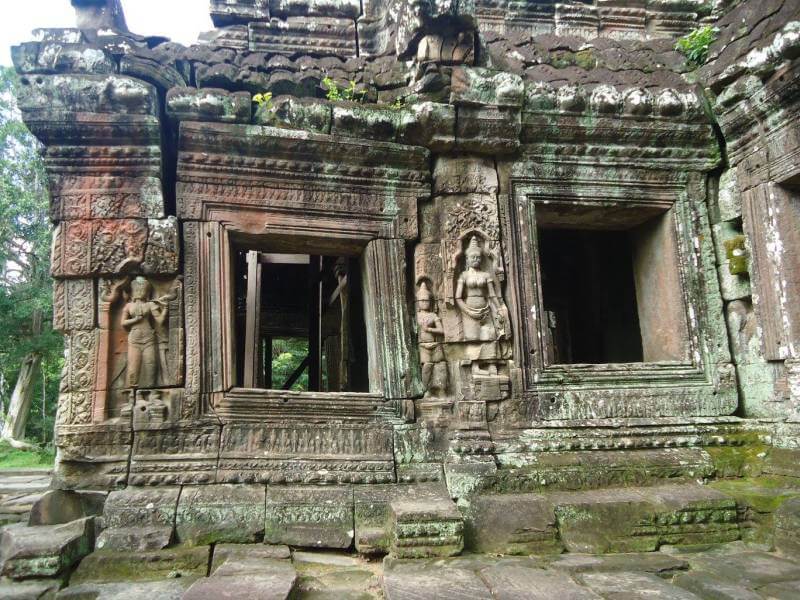 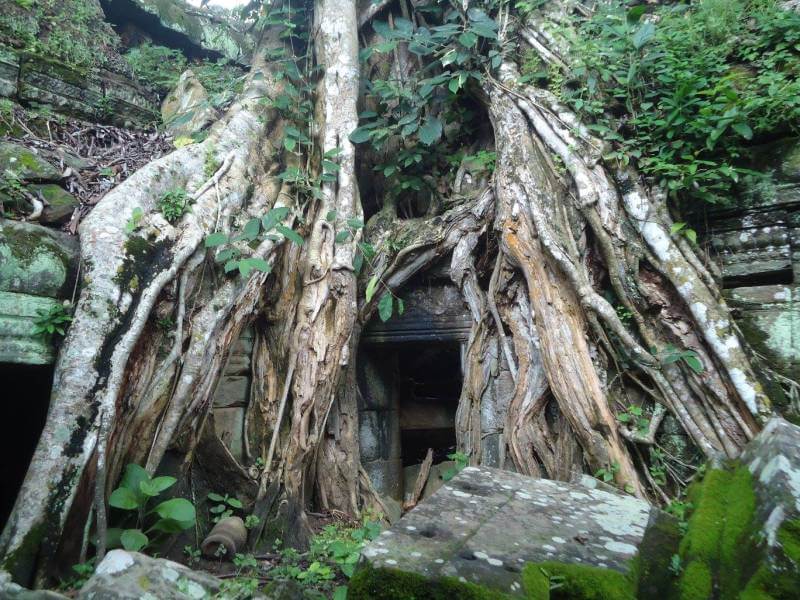 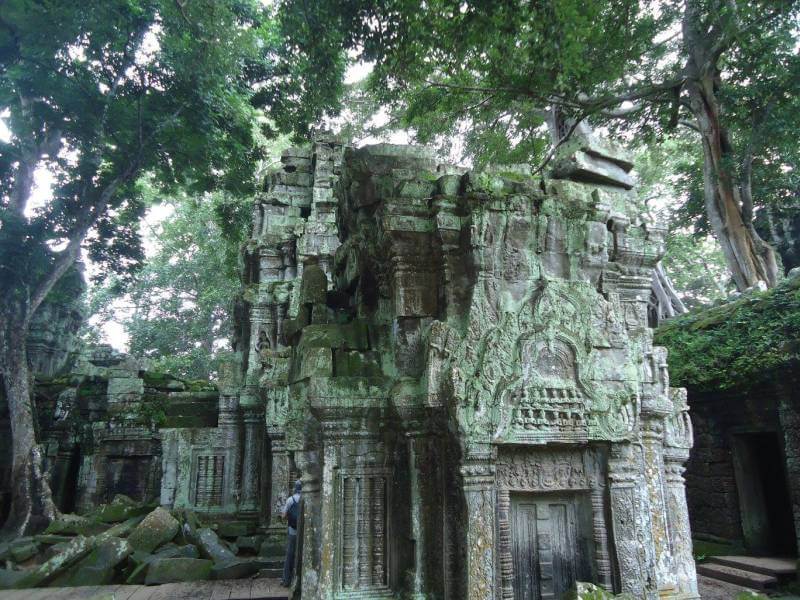 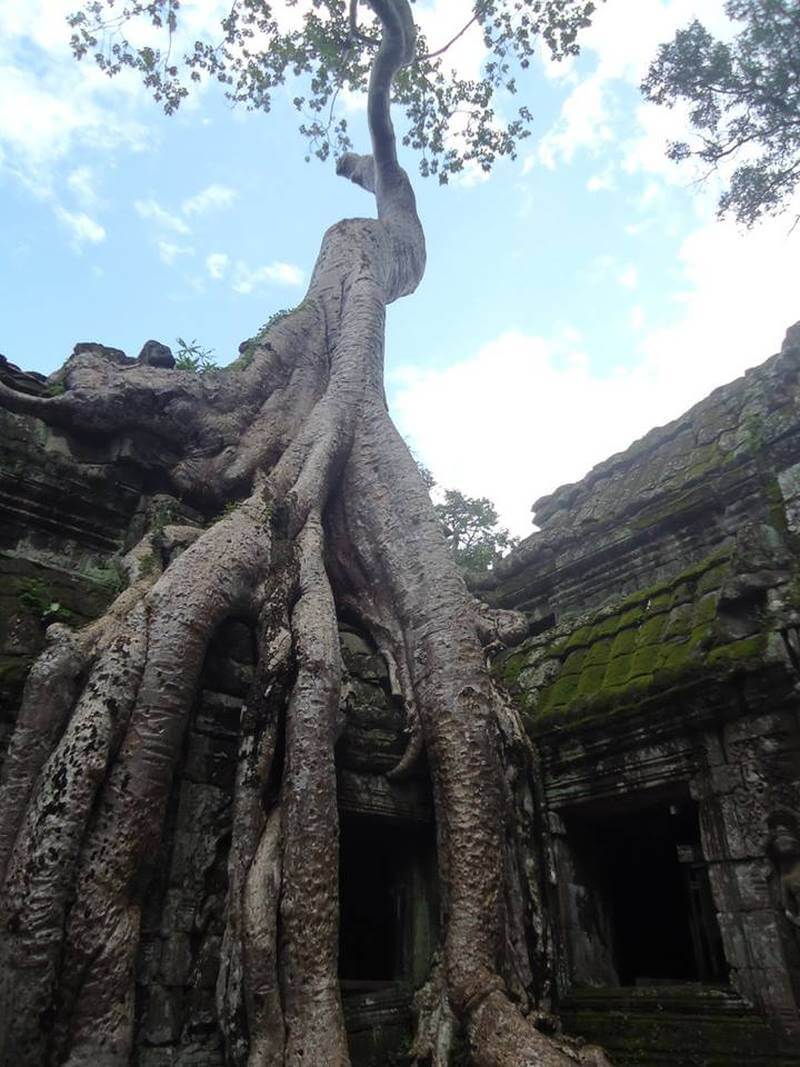 After a few hours of pedaling between the ruins, my companion returns to town. I go on to make the whole loop and see the rest of the temples. I am not even discouraged by the downpour that has broken up. It was even a pleasant change after a few days of high temperature and stuffiness. Along the way, I meet a few locals, who are casting nets, diving and fishing somewhere near the bridge. They immediately offered me a local moonshine poured into a cut off plastic bottle, which was turned into a glass. They wanted me to stay with them longer, but unfortunately I didn't want to go back to town like a drunk.

In the end I had a bike that I could barely ride. In the evening I am coming back to Siem Reap. The city totally for tourists. Hotel by the hotel. Supposedly, the biggest attraction is the street, which is eloquently named "Pub Street". The locals quickly realized that easy income from Westerners is when they have a lot of pubs where they can party and get drunk. Even going to the "night market" disappoints. There is no point in looking for local handicrafts. A whole range of different products and "unique" souvenirs with the label "made in China". Additionally, the stalls are packed with countless better or worse "fakes". Cheap clothing of poor quality. This city did not impress me. On the contrary, I wanted to run away very quickly. But still, the Angkor temple complex is worth seeing. The intricate ornamentation of carvings on the walls can amaze at times. For some, one day is enough to see the entire complex. Others need two or three days, although there are those who think that even a week is not enough. It's best to check it for yourself. I quickly escaped to the provinces. That Cambodia I definitely liked more.