Development of sniper shooting - an introduction to sighting devices 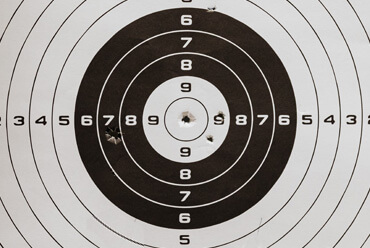 The main task of the reticle is to guide the marker to the object. We have many markers - dot, cross, arrow, arrowhead, etc., and their form is intended to facilitate use in individual applications. A popular marker among hunters is the dot, which can be easily guided and placed in the "chamber"1 of a fast-moving animal, while snipers prefer crosshairs whose hair-like drawing does not obstruct the target and allows for precise aiming. Of course, crosses are an integral part of the entire reticle, but more on that in a moment. 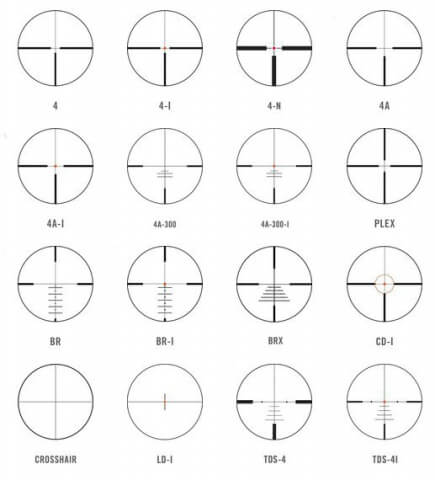 The huge variety of markers results from their historical evolution, but also from the attempt to distinguish currently available products - riflescopes - from the competition. The evolution began as early as the mid-nineteenth century, when during the American Civil War in the United States Army, the first sniper and scout unit in the world was created - the 1st Regiment of Sharpshooters (June 1861). It was headed by Colonel Hiram Berdan, and there were so many volunteers that two regiments were created, although the exam was not easy: each recruit had to fire ten shots at a distance of 600 feet (about 200 meters), each of which had to fit in five inches (12.7 cm) away from the "ten". Interestingly, only a few of the 1500 Sharps rifles that the brigade was equipped with had any optical sight, which was very rare and extremely expensive at the time. Confederate troops in response set up their own troops, such as Palmetto Sharpshooters, and it was the Confederate sniper, Sergeant John Powell of the First Company of South Carolina, became the hero of one of the first sniper legends, firing a shot at Union John General Sedgewick. The general, annoyed by the attitude of his soldiers under sniper fire, rode out in front of their line, shouting "From such a distance they would not even hit an elephant!", Then fell hit in the face by a bullet2.

However, he was not the first sniper to mark his presence on the pages of history. A little earlier, in 1777, at the Battle of Saratoga (American War of Independence), Sergeant Timothy Murphy shot deadly British Army General Simon Frasier, which stopped the British counterattack. As a result, the British suffered a defeat at Saratoga, significantly contributing to the success of the American independence revolution3.

Events such as those described above have confirmed the legitimacy of selecting weapons in terms of their accuracy and equipping trained snipers with them. And as the effective range of the shot increased, ways were sought to effectively aim at the given distance. This is how subsequent evolutions of optical sights arose, and with them - patterns of markers and meshes, enabling precise aiming of the weapon.
At the same time, successive generations of talented shooters grew, marking their presence in every age and contributing to the constant development of not only the weapon itself, but also its optics. Sometimes an anonymous sniper turned off a key figure, as in the case of Admiral Nelson's death at Trafalgar, and sometimes the sniper became a legend. The most famous were "created" in the largest of the conflicts to date - the Second World War. The Finnish gunner who killed over 500 Soviet soldiers is considered the most famous sniper of all time. This is Simo Häyhä, called the White Death. But it should be noted that Simo did not like to use optical devices, he was a supporter of mechanical devices, due to the pitfalls associated with the use of the telescope - possible reflection of the sun in the lens... 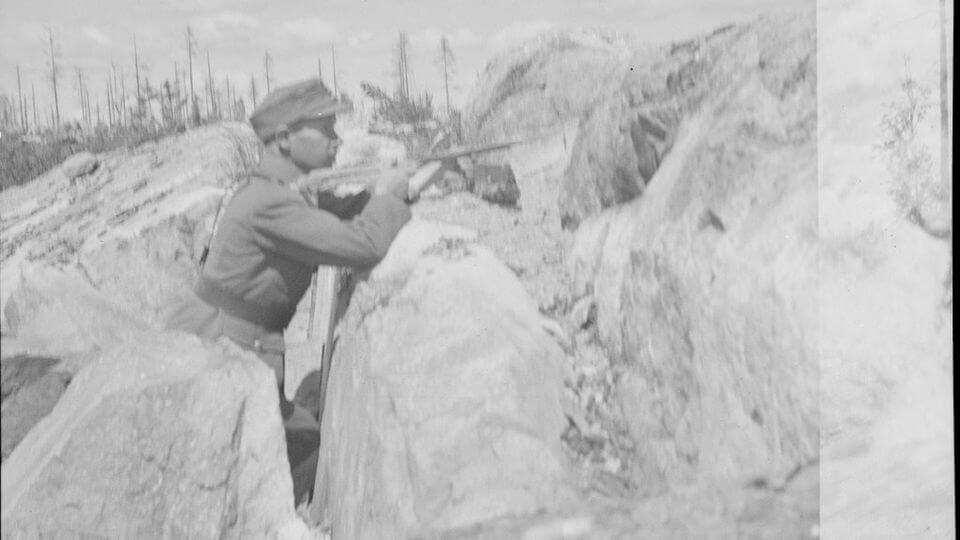 The effectiveness of the simplest solutions was proved in the vicinity of the Tropic of Capricorn, in southern Africa, where the untrained Dutch farmers - Boers - opposed the military power of Great Britain, armed with 11.43mm Westley-Richards or Winchester 1866 rifles. The British suffered enormous losses, the Boers used to hunt in the African Boars savannas, who wearing facial hair and wide-brimmed hats, unconsciously applied the basic and completely pioneering principles of camouflage.

Until the outbreak of World War I, the optical sights themselves were quite primitive and imperfect, and above all - susceptible to damage. The 1.5 times magnification of the first telescopes, based on the Galileo principle, was quite impractical, although they gave a slight advantage over mechanical instruments. After 1914, the evolution of sights gained momentum and as early as during the first world conflict sights offering 2, 3 and 5 times magnification were mounted. With the development of the telescopes themselves, sight markers have evolved, from the simplest ones, in the form of a centrally placed dot, small cross or circle, through tips and crosses, to complex, multifunctional reticle.
As the principle of simple markers needs no explanation, we can focus on discussing the most popular reticles. The reticle is a pattern applied to the eyepiece of the telescope, containing a marker and additional elements enabling the measurement of selected parameters. For example, they allow you to calculate the distance based on the size of the object in the eyepiece of the telescope, or apply vertical and horizontal corrections.

Grids based on miliradians are called MIL-DOT. The classic forms of these grids should be made of dots (US Army) or ovals (USMC), and this does not have to be an iron rule. The most important thing is that these shapes closely correspond to the appropriate fractional dimensions on a scale. Some optics manufacturers have introduced their own grid patterns based on the MIL-DOT standard, replacing the not very comfortable dots with other graphic forms that obscure the target less.

Formula for calculating the distance to the target when we know the size of the target:
distance [m] = (target size [m] * 1000 * (zoom / true mil-dot)) / number of dots [mil-dot] True mil-dot is the magnification value at which the mil-dot grid is scaled. For 3-9x40 telescope this value will be 9.

MOA nets have not found recognition in the eyes of snipers trained to miliradians, but a wide range of shooters are happy to use this measure.
Measurements based on MOA can be made using a simple formula. If we want to use it, it is necessary to know about the size of the target or nearby objects in inches.
Goal dimensions (in inches) x 95.5 divided by the value in MOA = range (in yards)
Using the cross, we aim at the target whose dimensions are known, and then using the vertical or horizontal scale we read the value of MOA. If possible, provide a value to within 1/4 MOA.
To facilitate the calculation, we can round "95.5" to "100". However, you must take into account a 5% error in calculating the distance. 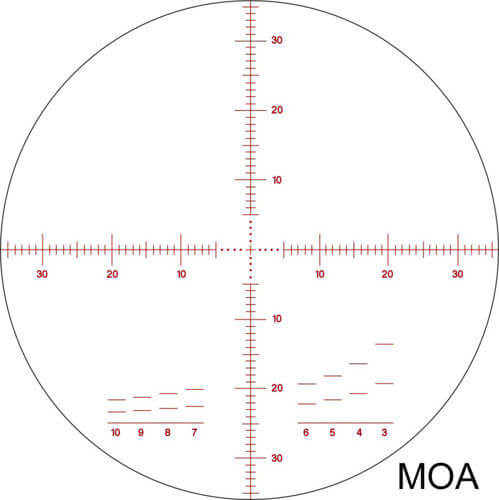 PSO grids
This standard comes from Russia and comes in many variants. We can indicate here a few specialized elements, of which the most important is "sergeant". We aim the upper sergeant at a distance of up to 1000 m by adjusting the vertical knob. Due to the fact that its range is just 1000 m, at greater distances we use further sergeants, corresponding to distances of 1100, 1200 and 1300 m. Each subsequent one is shifted slightly to the right to correct the effect of the projectile derivative caused by its rotational movement. The horizontal viewfinder scale is scaled in thousandths. In the lower left part of the grid there is a rangefinder scaled according to the average height of a person, i.e. 1.7 m. Distance measurement is simply entering the observed figure between two lines of the scale - if the figure can be fitted under, for example, the number 4, then the distance from the target is 400. 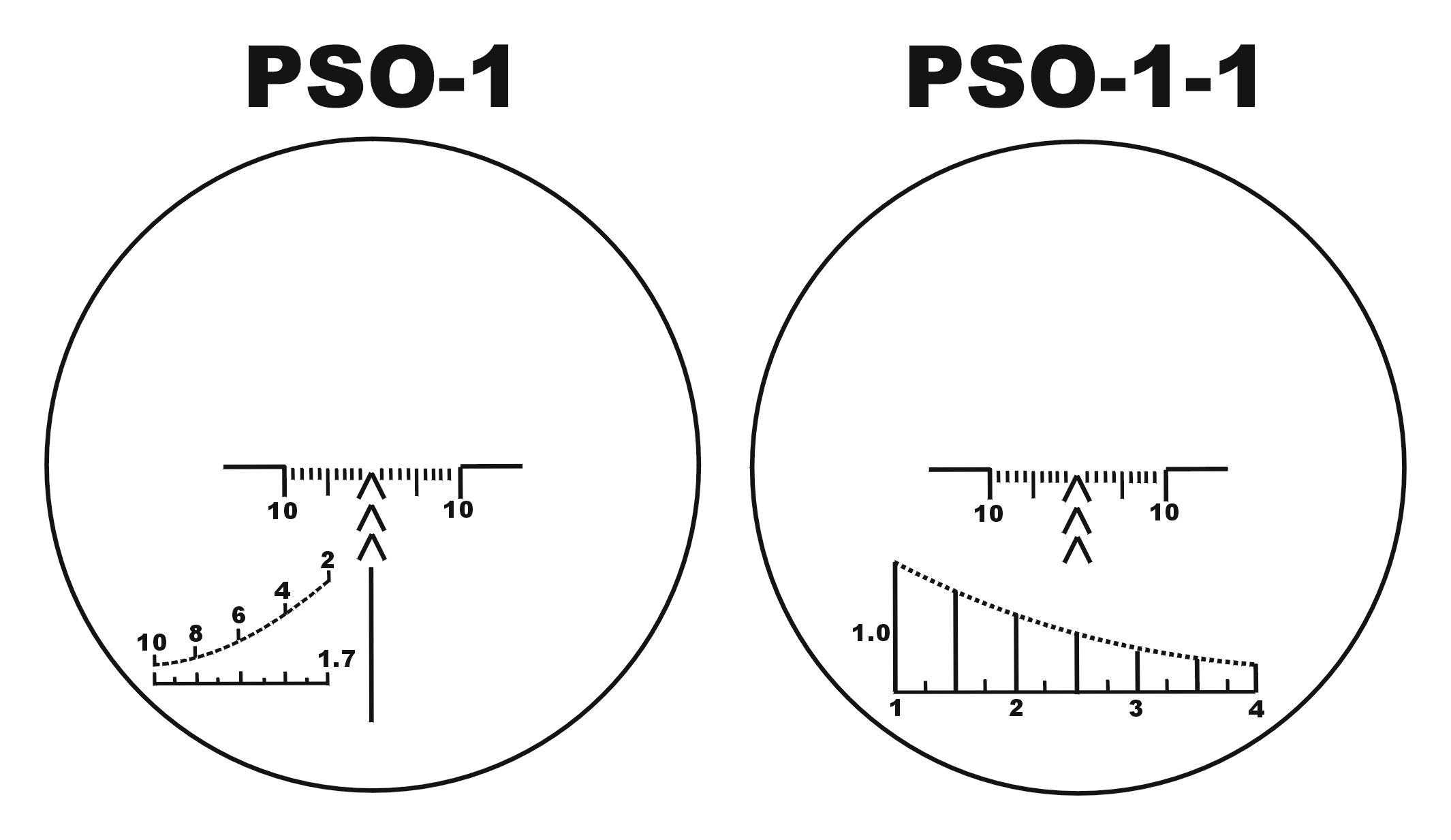 Of course, measuring distances is a simple matter if we use a simple trigonometric function. Assuming that the target with height h is seen from a distance l at angle α, we can use the tangent function:
tg(α)=h/l We remember that α in milliradians is:
α=C/l [rad], where C = the length of the arc, on the basis of which the angle α is determined

the conversion to miliradians will look like this:
α=1000xC/l [mrad]

The easiest way to consider ballistic problems is to use angular measures. The most commonly used measures are:

An angular minute is simply an angle measure equal to 1/60 of a degree. And as we know, one degree is determined by 1/360 circle, so one minute is the angle at which the arc representing 1/21600 the length of that circle is seen from the center of the given circle.

Complicated? I am already simplifying - this value corresponds almost exactly to the angle at which a distance of 100 yards is seen with the length of 1 inch.

So, referring to optical sights scaled in MOA - to move the hit point on the target 100 yards away by 1 inch, you need to change the viewfinder setting by the appropriate number of "clicks" - 8 if it is scaled to 1/8 MOA, 4 - for ¼ MOA accuracy, 2 - for ½ MOA accuracy...

Now simple?
You will probably ask how to translate it into SI units ... One minute of arc is almost 30-millimeter (exactly 29.1mm) section seen from a distance of 100 meters.

One thousandth – is an angular measure commonly used by the army. Unfortunately, each army has its own ... The problem is that man always strives to simplify his work, but from the beginning: The basis of the measure is radian, i.e. a flat angle at which the arc of the circle with the length corresponding to its radius is seen. The full angle is 2xπ radians, half-full = π radians, and so on (circle circumference = 2πr).

Miliradian is obviously 1/1000 radian, which means - and here the funniest begins - the angle at which we see 1/6283,2 part of its circumference from the center of the circle.
As you have already noticed, this value is average in the field, so a number of approximations were adopted. The NATO standard is 1/6400 part of the perimeter, although US Marines use almost the exact value of 1/6283. The Russians and Finns simplified her to 1/6000 (and who forbids them!), The Swedes went a step further: 1/6300. Fortunately, technology is moving forward and it is becoming easier to make calculations in the field, so most sights are now scaled according to the value used by the USMC.

Do not worry about the definition, because in practice you can very simply describe 1 MIL the angle at which an object 1 meter long is seen from a distance of 1000 m. Therefore, the MIL-DOT type sight allows, among others to determine the distance, if the height or length of the observed object and the angle at which it is seen is known (number of spaces between dots), according to the formula:
L = H x 1000 / A
Where:
L – distance [m]
H – height / length of target
A – angle in thousandths

And so, estimating the soldier's height at about 1.8 meters and considering that it is seen from an angle of 4 thousandths, we can calculate (1.8x1000 / 4) that the target is located at a distance of 450 meters.

Just remember that we get reliable results in the case of a plane perpendicular to the optical axis of the viewfinder, so the dimensions of all objects seen at an angle will be shortened (perspective).