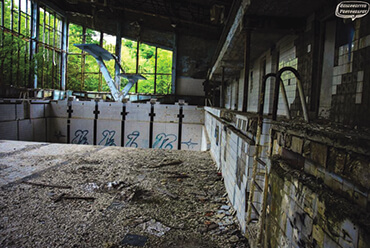 Pripyat is still a city. Destroyed and ruined, it is a fact. However, despite the passage of years and the tragedy that happened here, you can feel the atmosphere that prevailed here. Streets, blocks of flats, playgrounds, educational buildings, shops. I love to pay attention during the travel to details such as hurdles, lanterns and walls. These are things that we do not care about every day, because it is, and that's it. Few people pay attention to the fact that they pass a given part of the area often, hundreds of times, whether on the way to work, home or school. In Pripyat, walking down the street, I passed walls, buildings, fences, squares, gardens, which no one paid attention to, because they were obvious to them. Today, these places are an open-air museum of city life at that time. 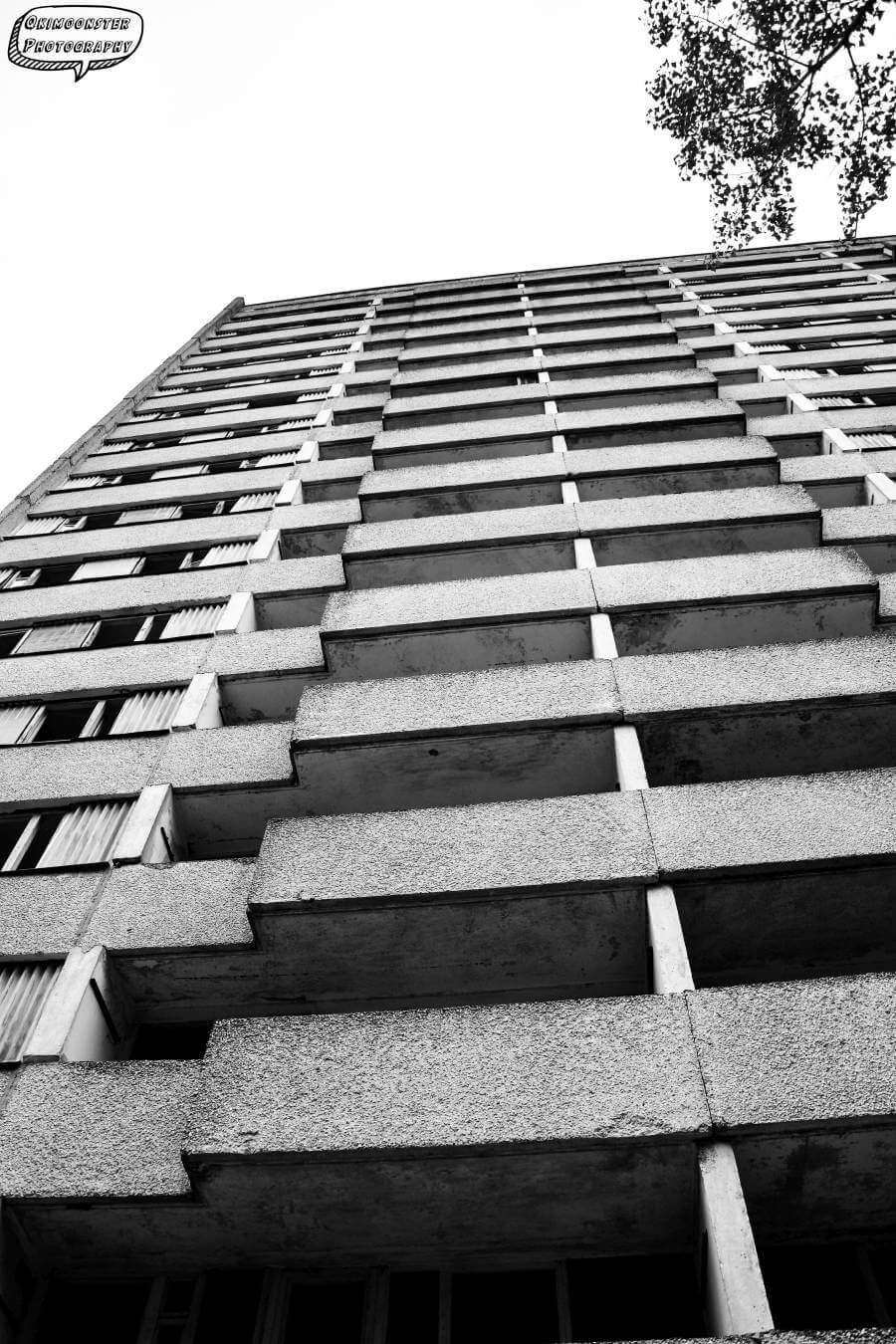 16 floors, not like a challenge, but that without a lift
Photo: Patryk Qki Kwela 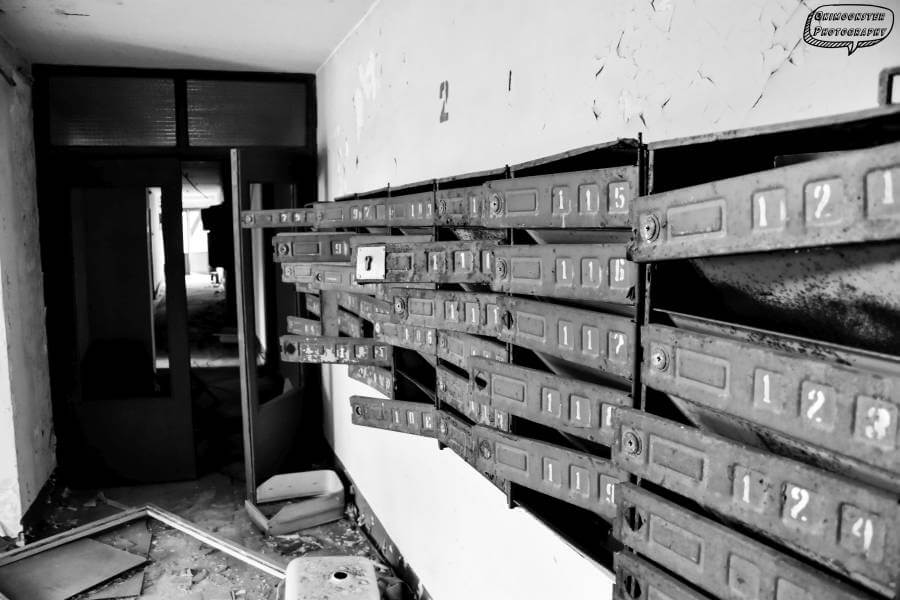 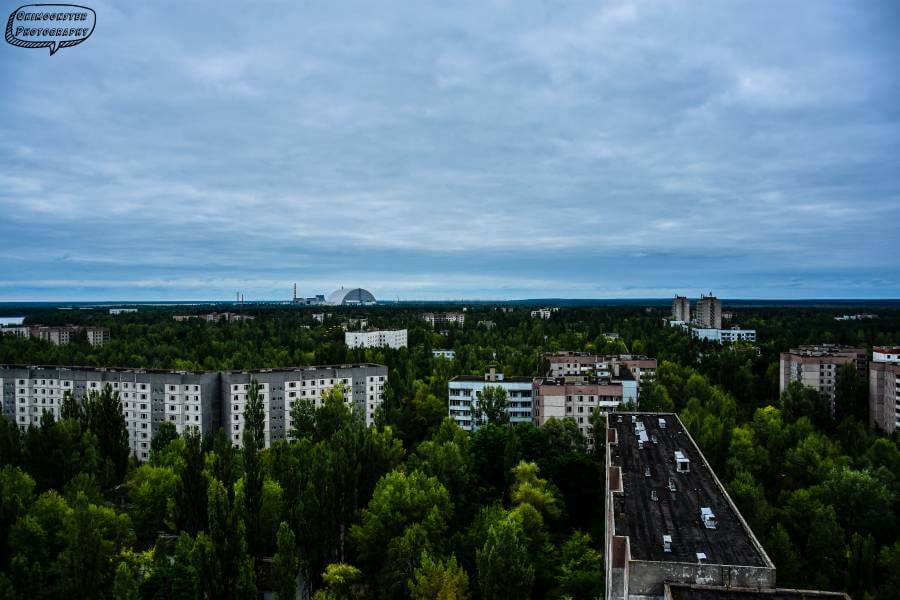 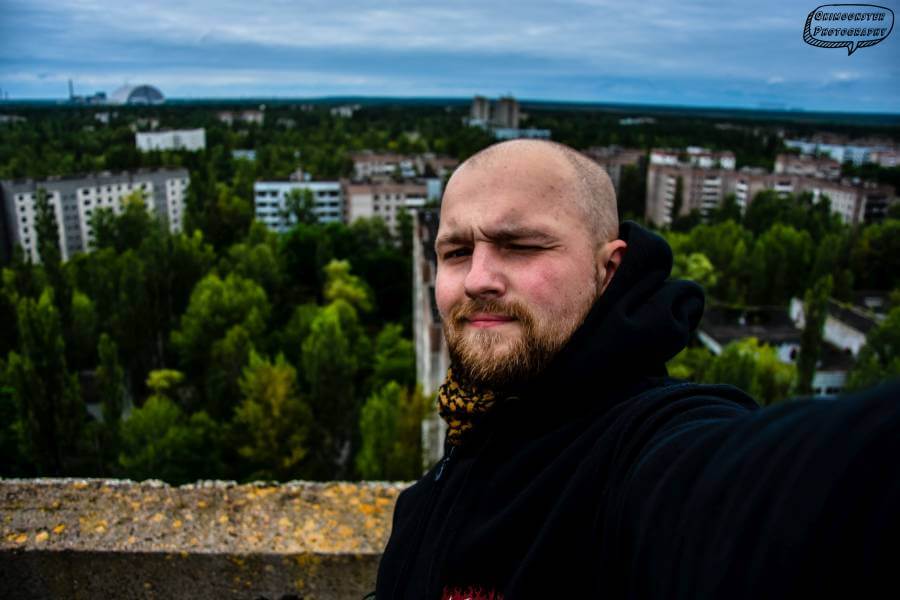 The proof of being in such a place must be! Selfie!
Photo: Patryk Qki Kwela

I have already mentioned my fascination with heights. That day in Pripyat I had the opportunity to enter one of the tallest buildings in the city, a 16-story residential building. Only stairs were involved, because the elevator was not working. The entrance looks a bit like a staircase in my family house, a mailbox greets guests and residents from the front. Slightly short of breath, but finally the entrance to the roof. View of the whole city. In the distance you can see the characteristic and unique points of the city and the surrounding area like the Ferris wheel, the Chernobyl nuclear power plant, and even DUGA radar will see the falcon's eyes.

Walking around the ghost town, there is an overwhelming emptiness. No people and the victory of nature that takes over the city. Just look at the trees that will catch up with the height of skyscrapers at any moment, or beaters, associated with fresh-smelling washing and fun of kids from the 90s. 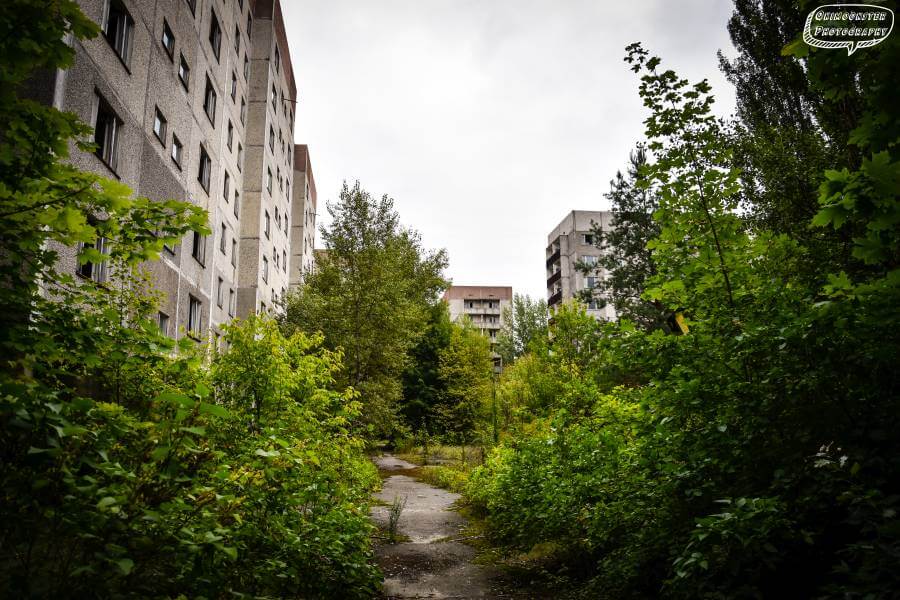 The streets of Pripyat, like any other, just a bit overgrown
Photo: Patryk Qki Kwela 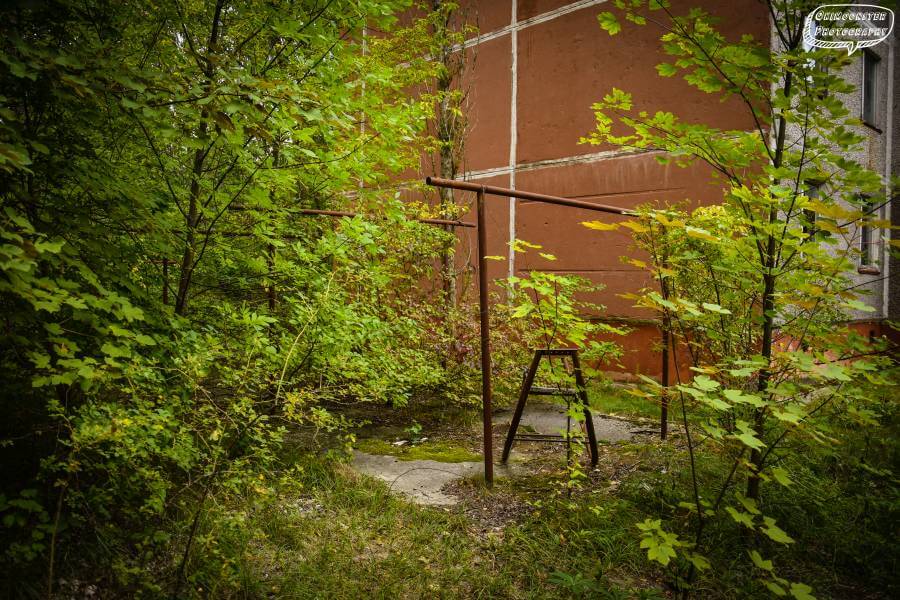 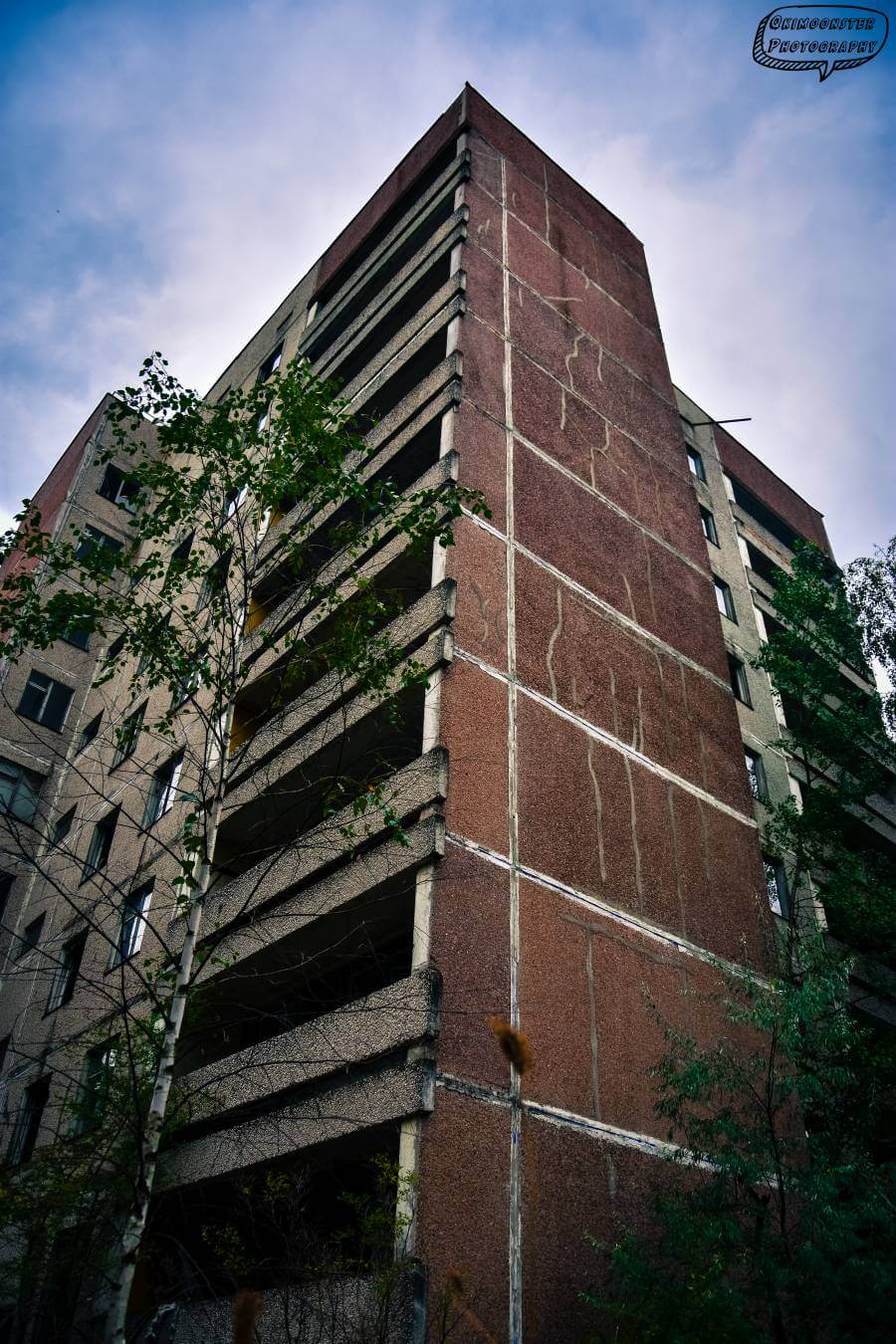 A little more and a tree will be higher than the high-rise buildings
Photo: Patryk Qki Kwela 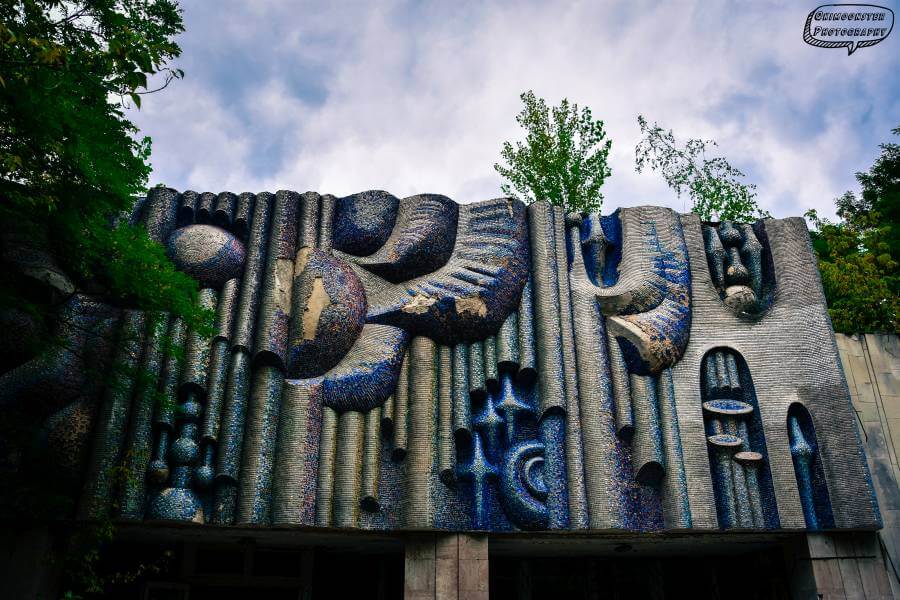 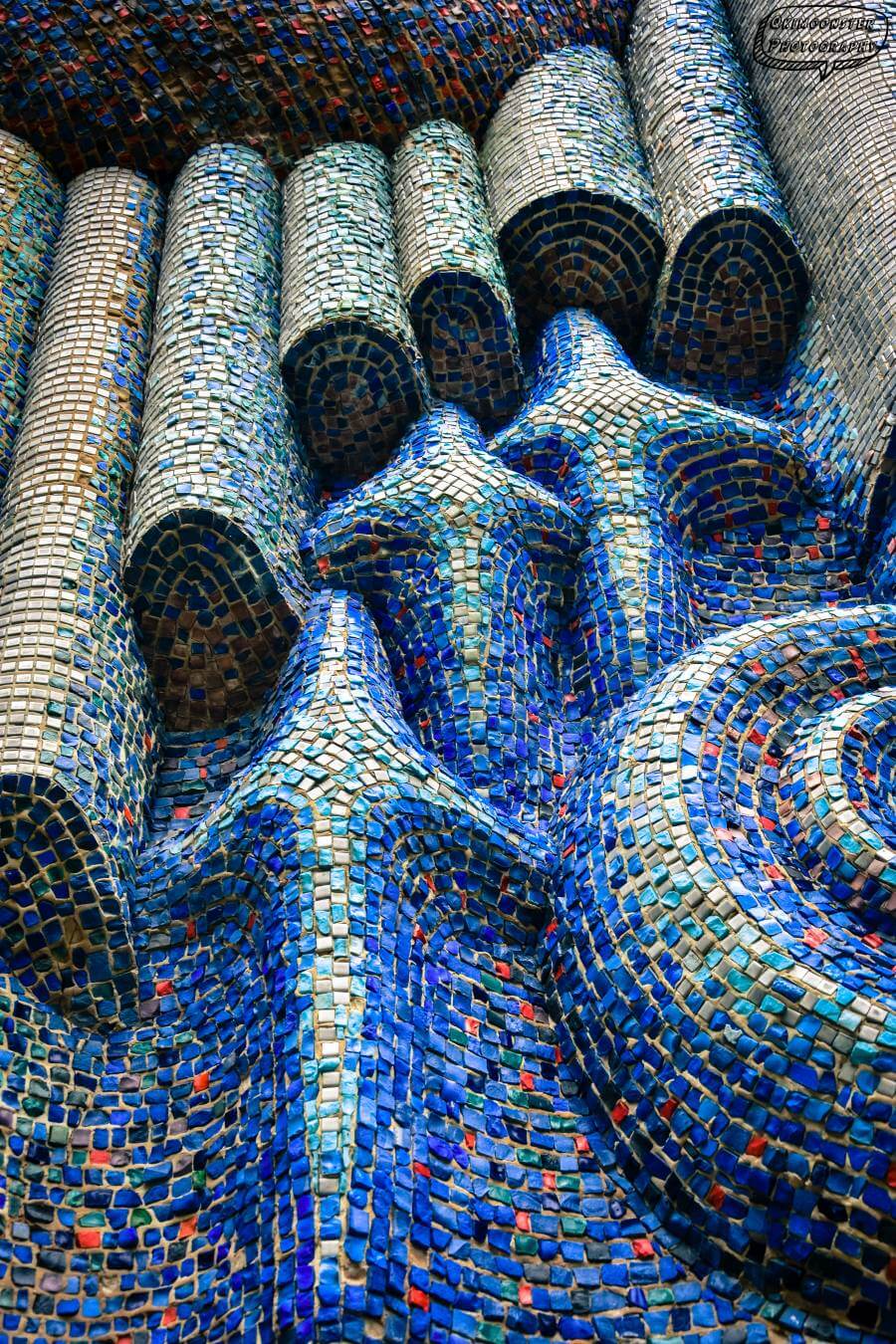 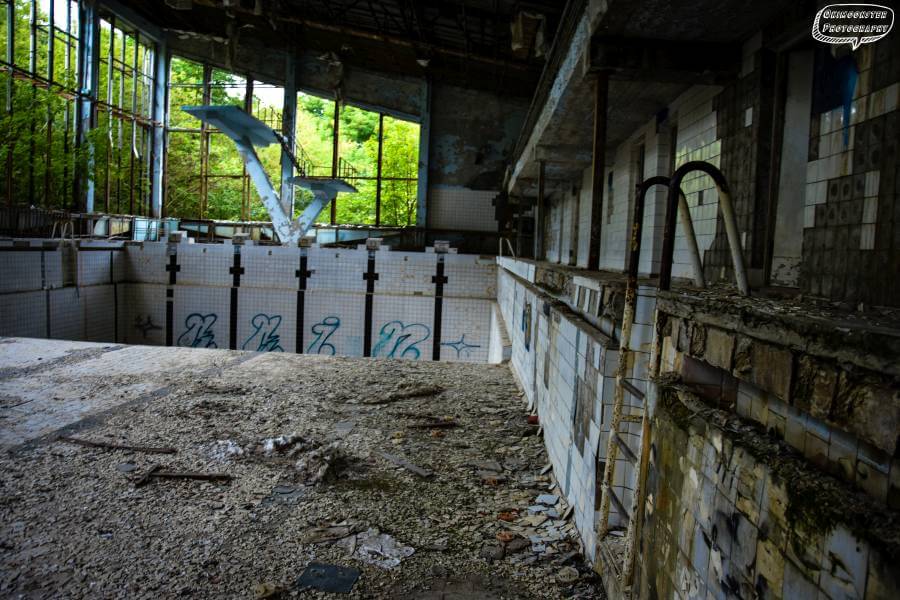 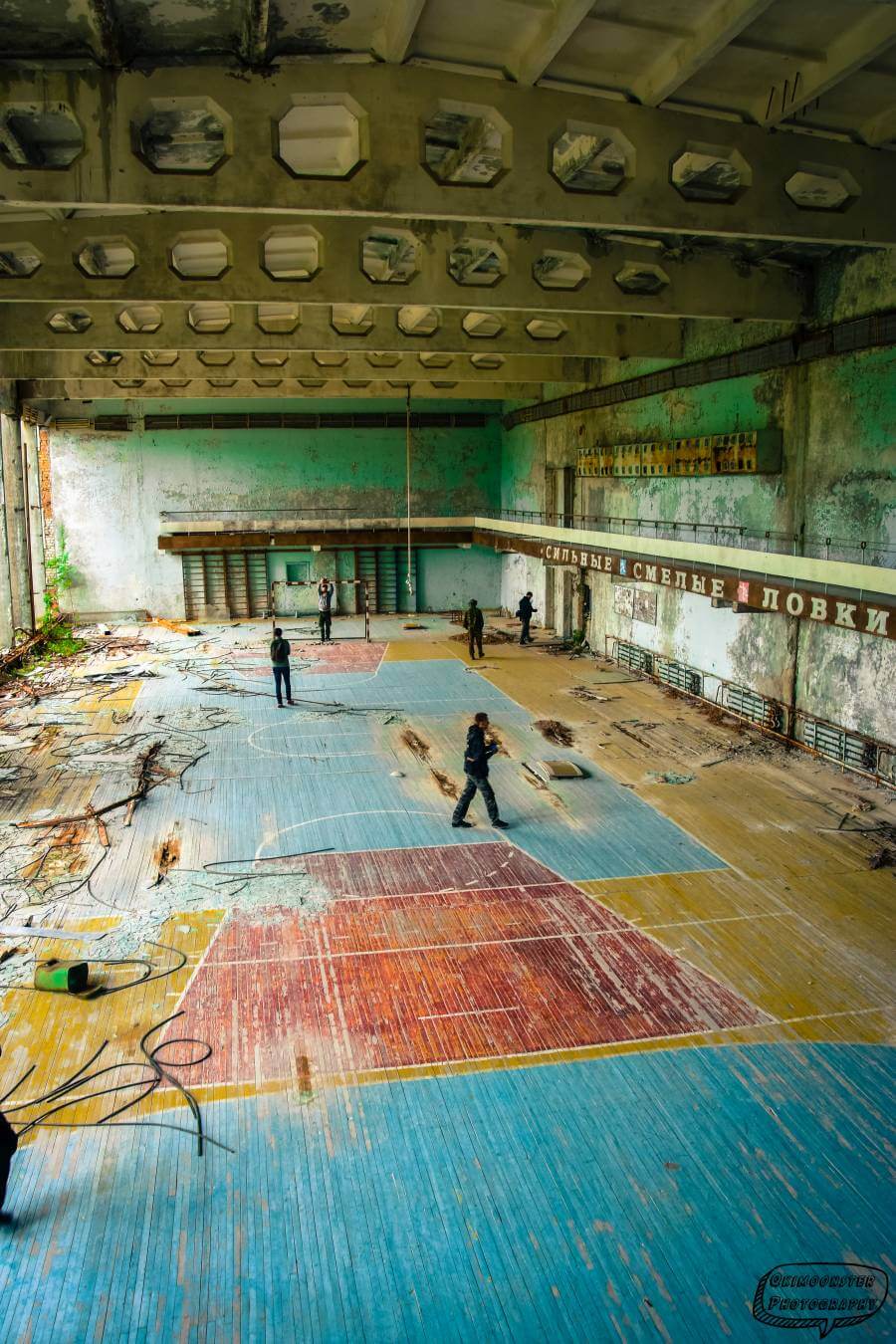 Cultural life flourished in Pripyat. This is evidenced by short statistics: 15 kindergartens for about 5,000 children, 5 schools, 1 vocational school, 25 shops and shopping centers, 27 catering facilities that can serve 5535 people, Palace of Culture "Energetyk", "Prometheus" cinema, city stadium, Centrum "Energetyk" Culture music school, 1 large park, 35 playgrounds, 167 city buses, 8 136 trees planted evenly in the alleys, 249 247 shrubs, 33 000 shrubs of roses. The city was very rich, which is also confirmed by the infrastructure. Which city in the mid-1980s was so well developed? Everything for the miracle that was the Chernobyl nuclear power plant. Its employees and families were to live here like in paradise. Everything was to make a huge aesthetic impression, tens of thousands of rose bushes, trees planted in alleys, a beautiful mosaic at the entrance to the "Prometheus" cinema, as well as a monument to Prometheus (moved from Pripyat to Chernobyl in front of the nuclear power plant). There were also several swimming pools in the city, the largest of them was the "Azure" swimming pool with a double jump and huge windows, where swimming competitions often took place. The ubiquitous gyms and the one in the cultural center made it possible to take care of physical fitness. They practiced boxing, running or swimming. If someone was not interested in sport, he could play in the theater or on musical instruments. 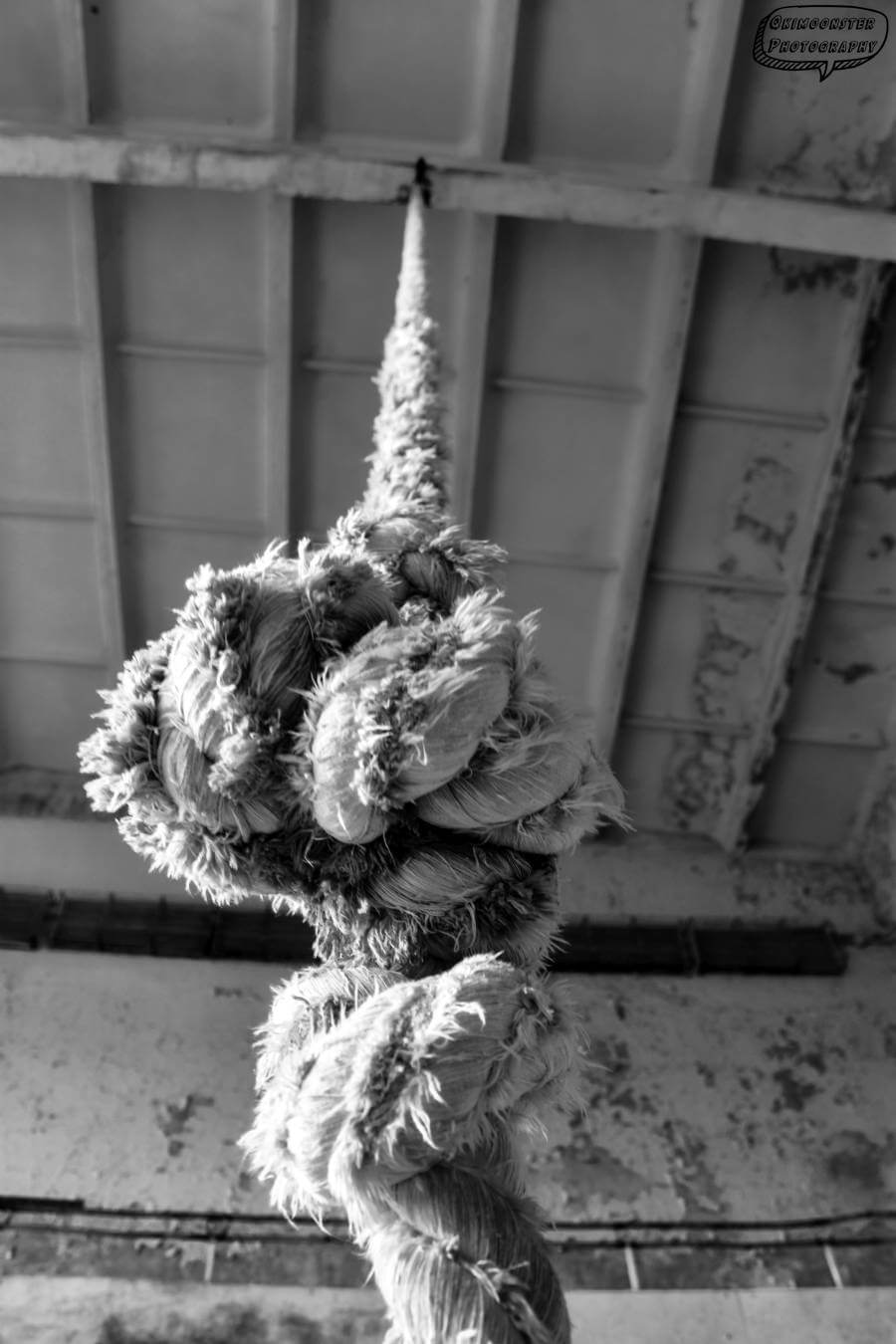 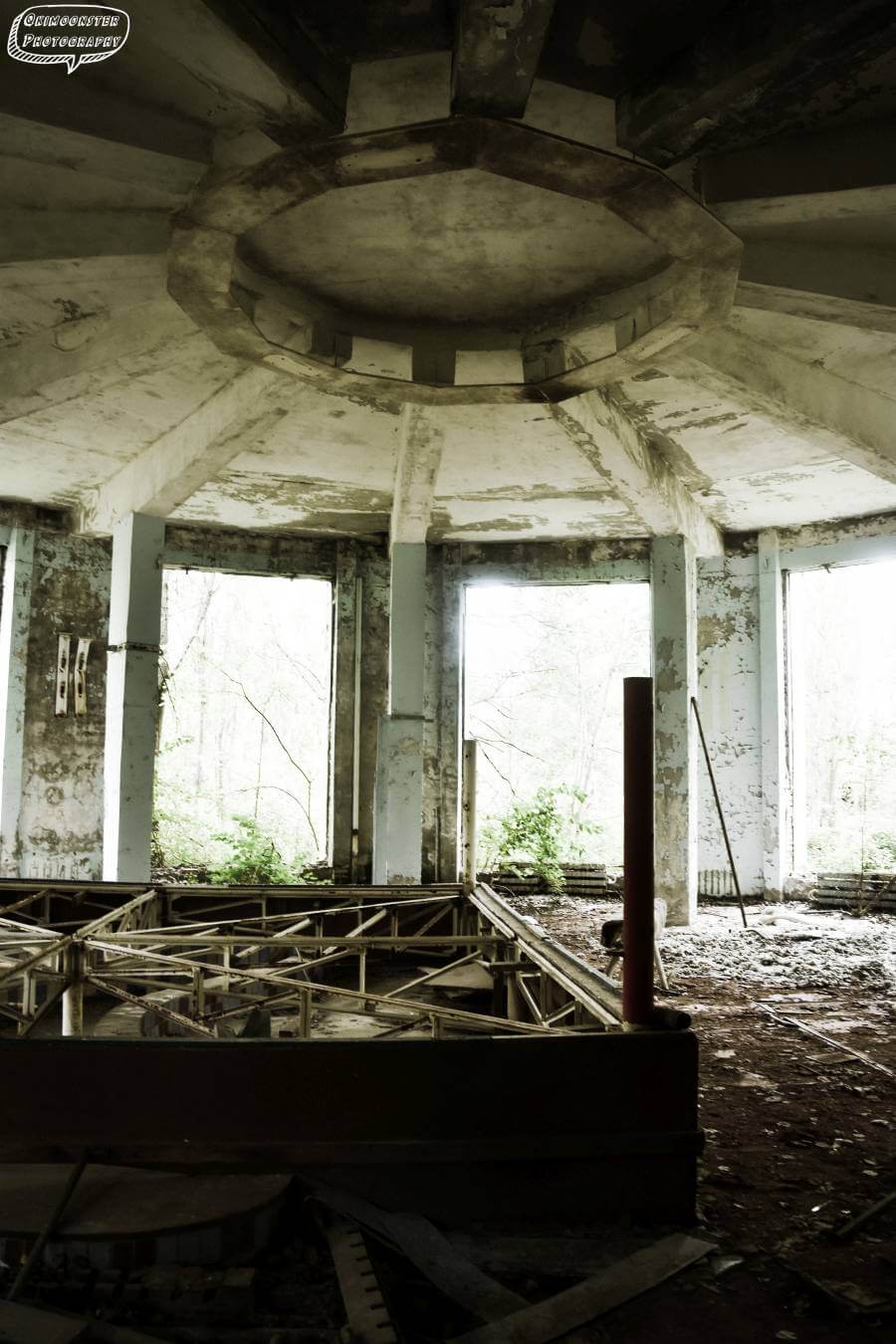 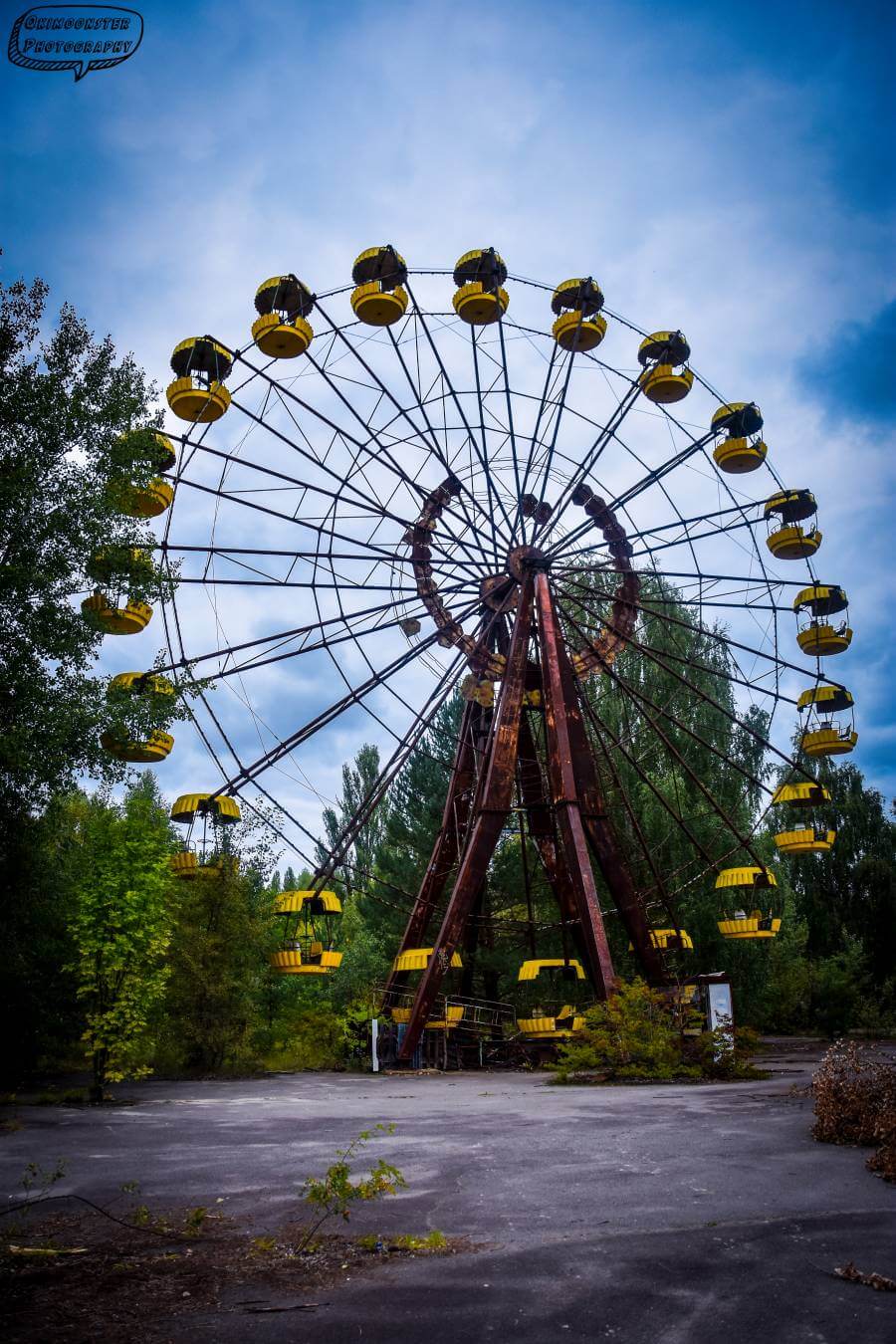 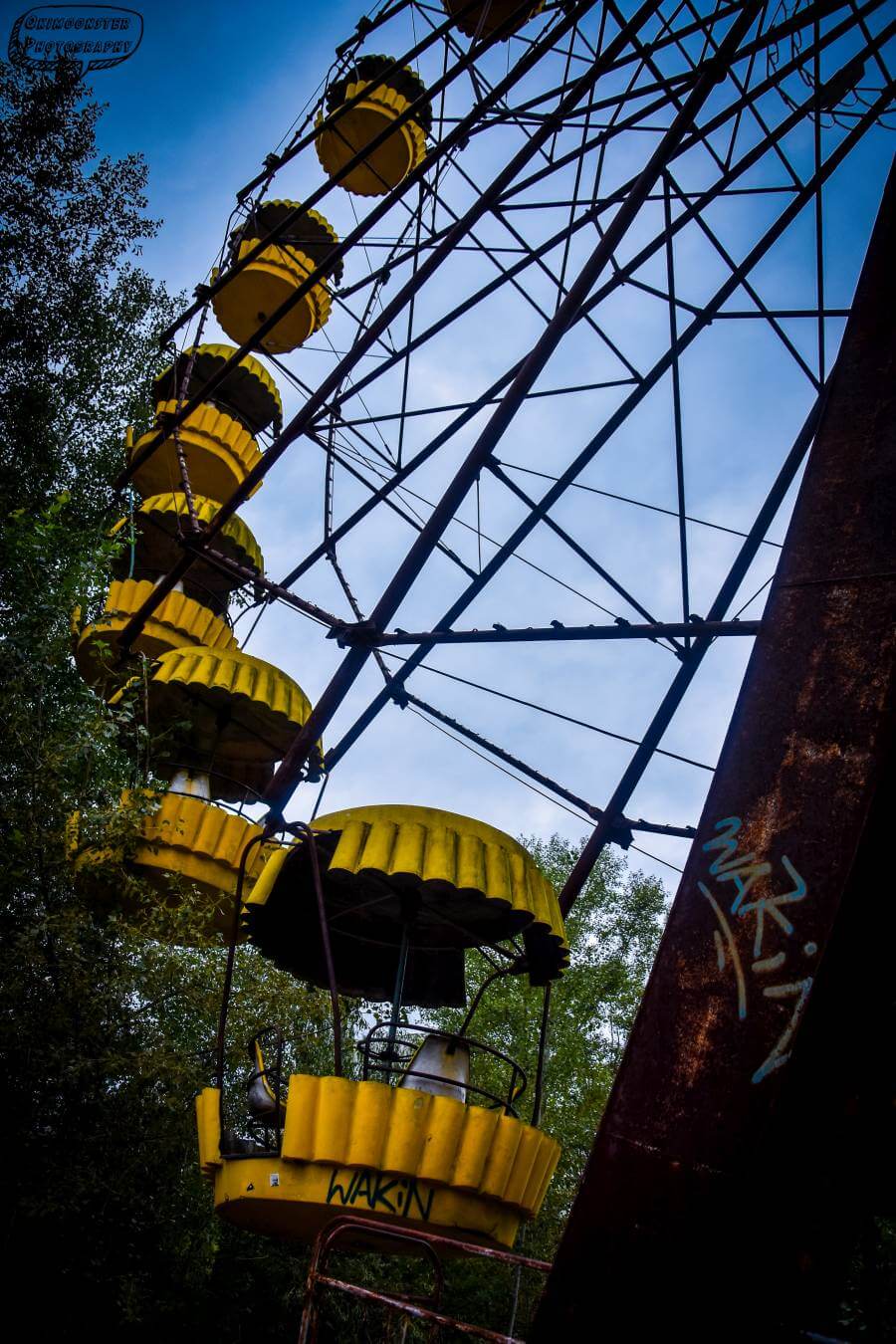 Did the gondolas get guests?
Photo: Patryk Qki Kwela

The cultural taste that I left myself for the end is a playground. The ferris wheel associated with the ghost town has been stagnant for years (apparently moved by Poles a few months ago, which resulted in a large scandal). The mill is a silent symbol of the city and its cultural side. Legend has it that no child ran over it because it was to be launched on May 1, 1986, four days after the evacuation. In the same square near the stadium there is a carousel and a square for electric cars. 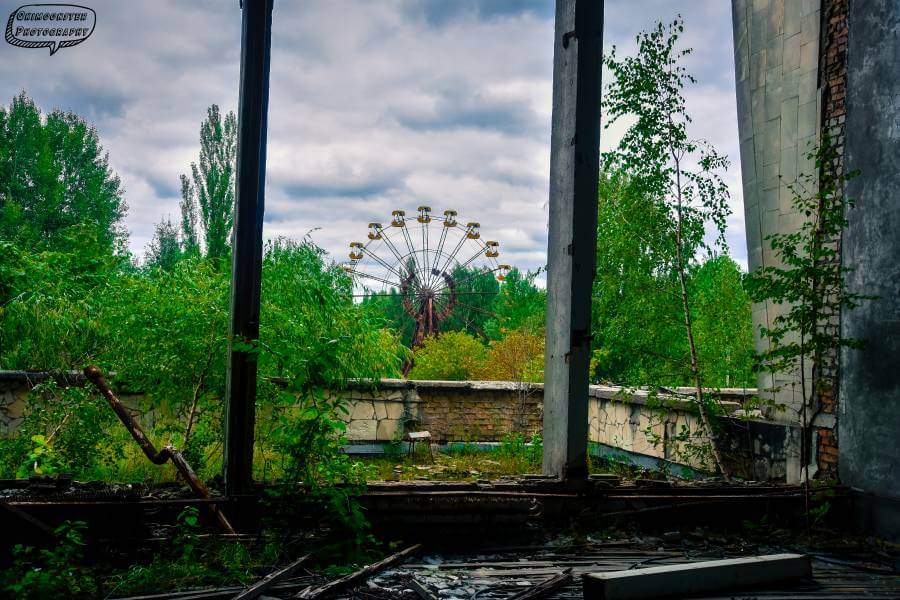 The mill seen from the gym
Photo: Patryk Qki Kwela 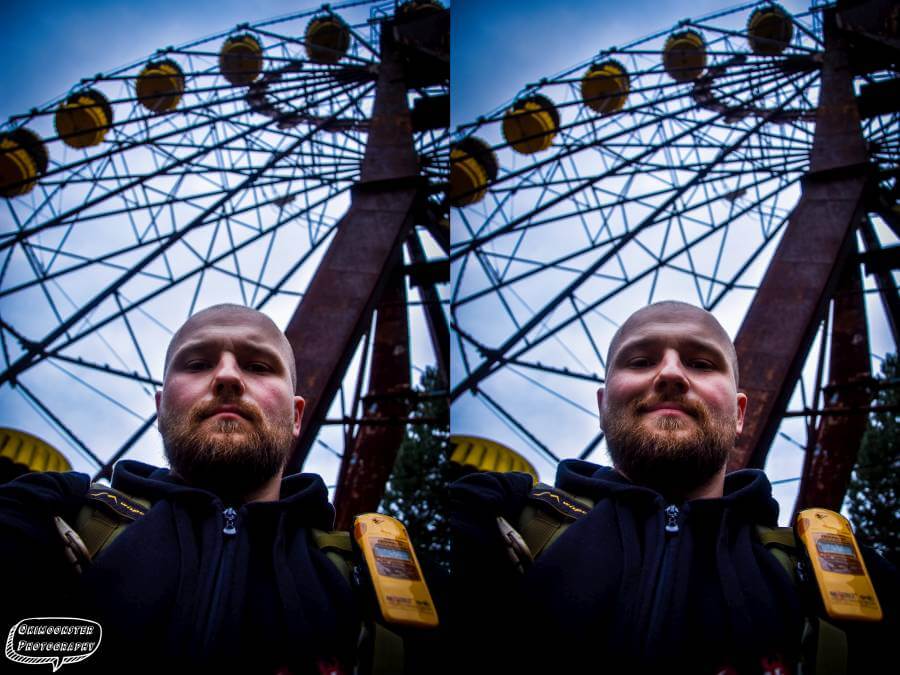 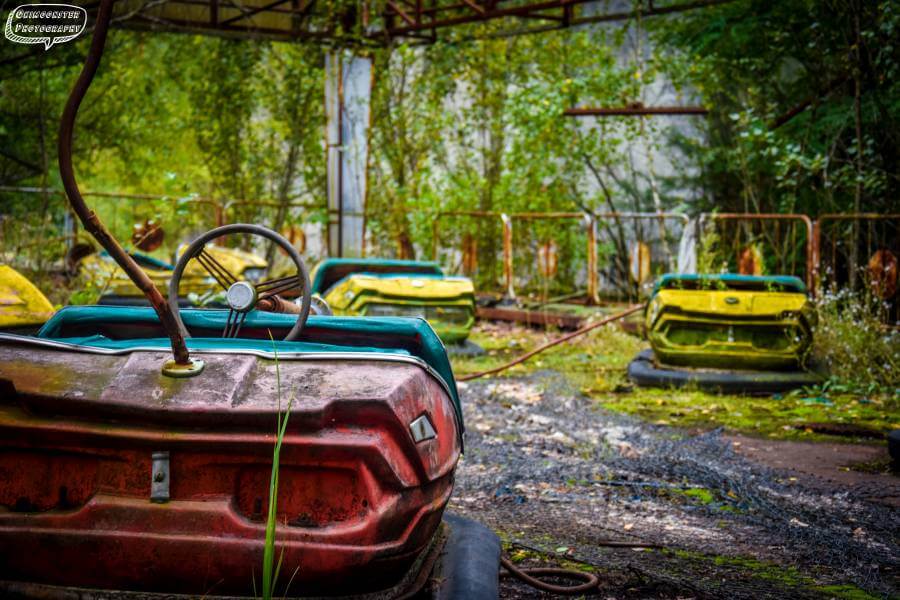 This is not the end of our journey around abandoned Pripyat. I want to show you some great places like the Police Station or school full of gas masks. I spent 4 days in the zone. It seems a lot, but I would like to go back there to bite into the history of this city even more.