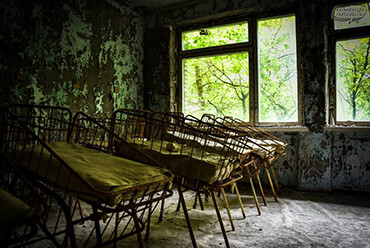 During our joint trip around the Zone, I show you the sad history of a ghost town, ecological disaster and human tragedy. Today, I would like to delve even more into the darkness, presenting you the amazing, terrifying facility located at 16 Przyjaźni Narodów Street. City Hospital No. 126 in Pripyat is a huge, multi-specialized facility housing even 410 patients, whose face hides a dark secret.

In front of the object, the first thing that catches the eye besides the vegetation that conquers and destroys buildings is a gynecological chair, probably brought by some unfulfilled photographer looking for interesting frames. At the entrance there is a stamp with a warning against high radiation - at the sight of it everyone takes out dosimeters, which at the stamp show very high notes. Why such high readings? Because of the upholstery of the fireman's helmet, but I'll return to its history a little later. 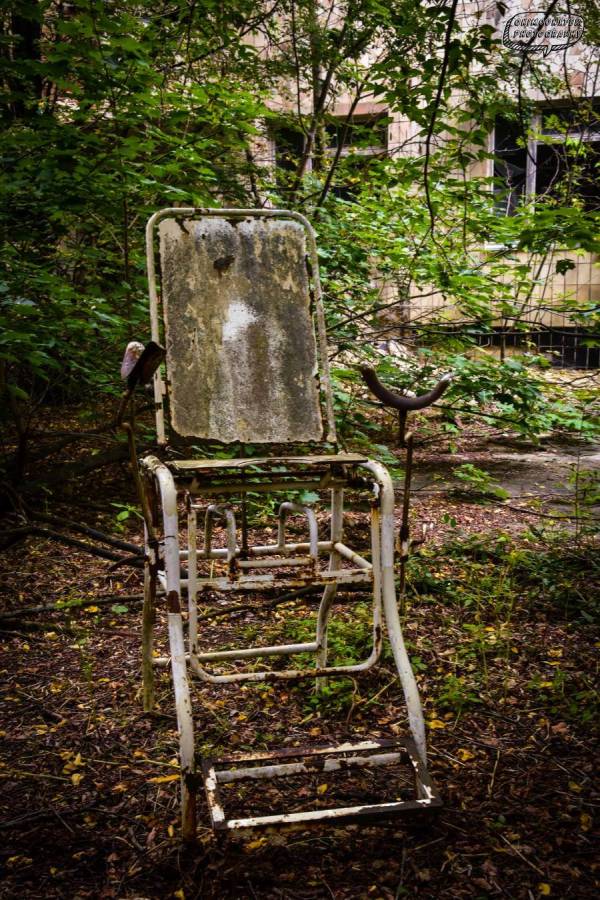 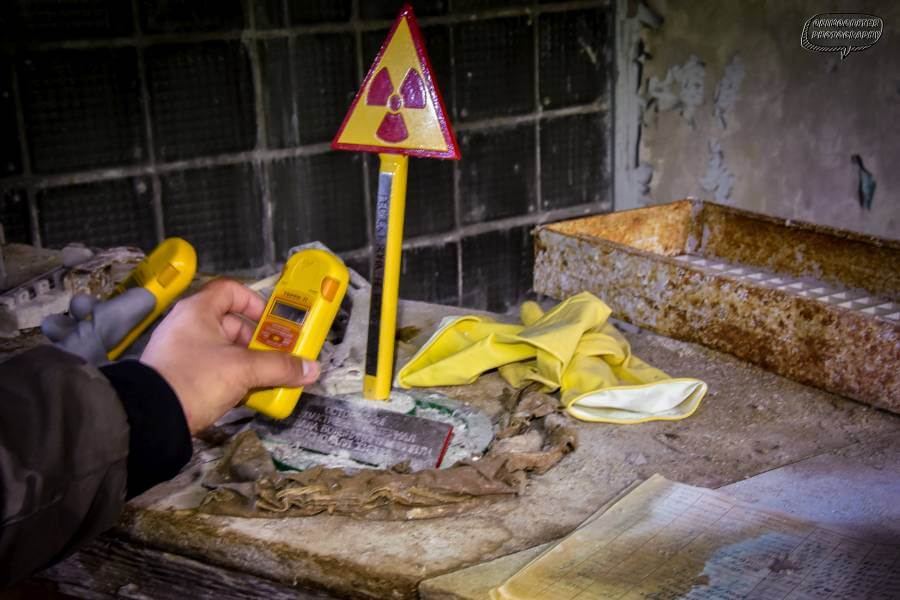 Part of the fireman's outfit just outside the entrance, why is he here?
Photo: Patryk "Qki" Kwela 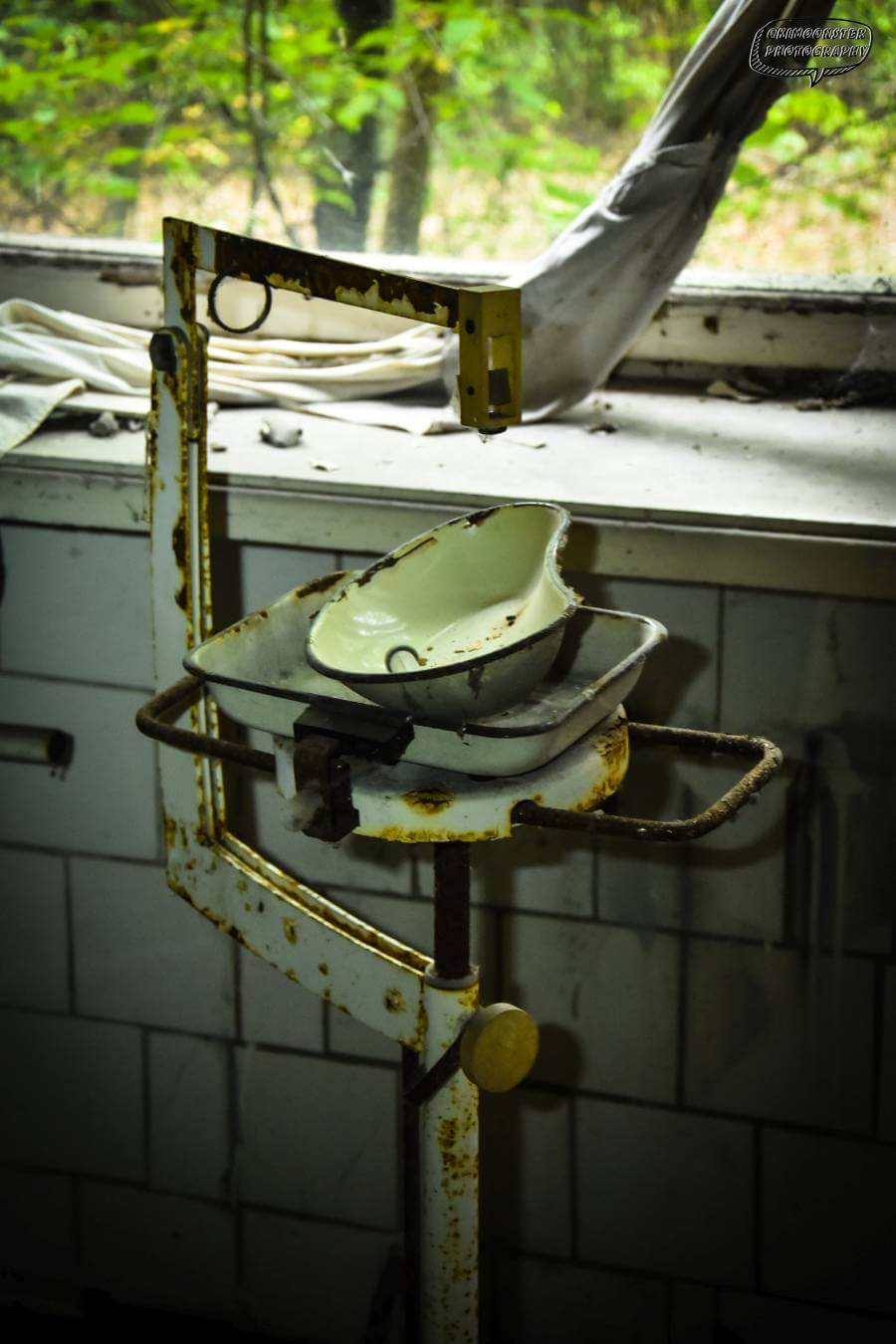 Dark corridors, mysterious potions in strange dishes and bottles, paint falling off the walls and a huge amount of medical equipment falling down the rooms. This is a picture I remembered. The deeper and farther on my journey through the hospital, the more I felt overwhelmed by it. Why? The hospital itself is associated rather with pain and suffering, with attempts to save human life and health. Here, where the crumbs of the past can be seen, archaic methods of healing people, empty walls and progressive devastation, these feelings are even stronger. 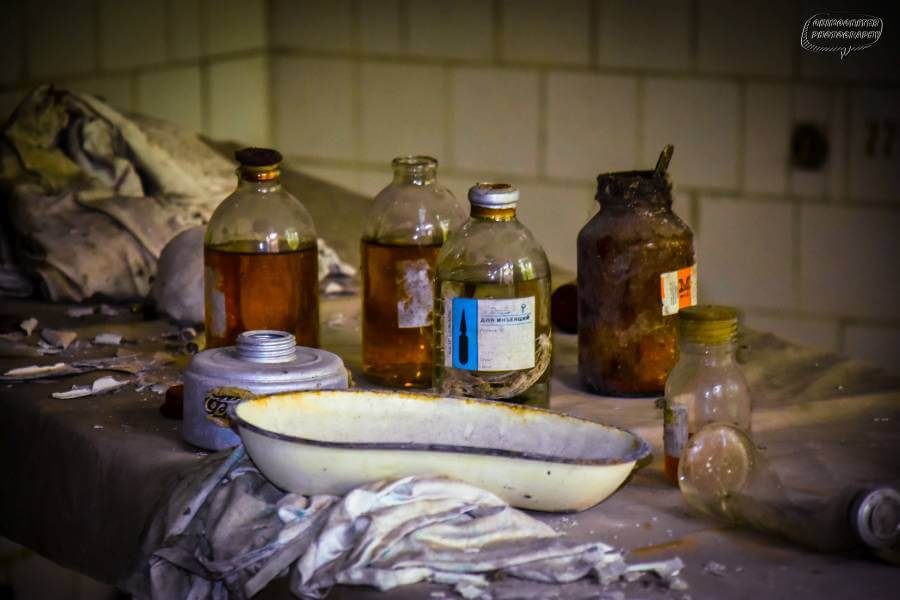 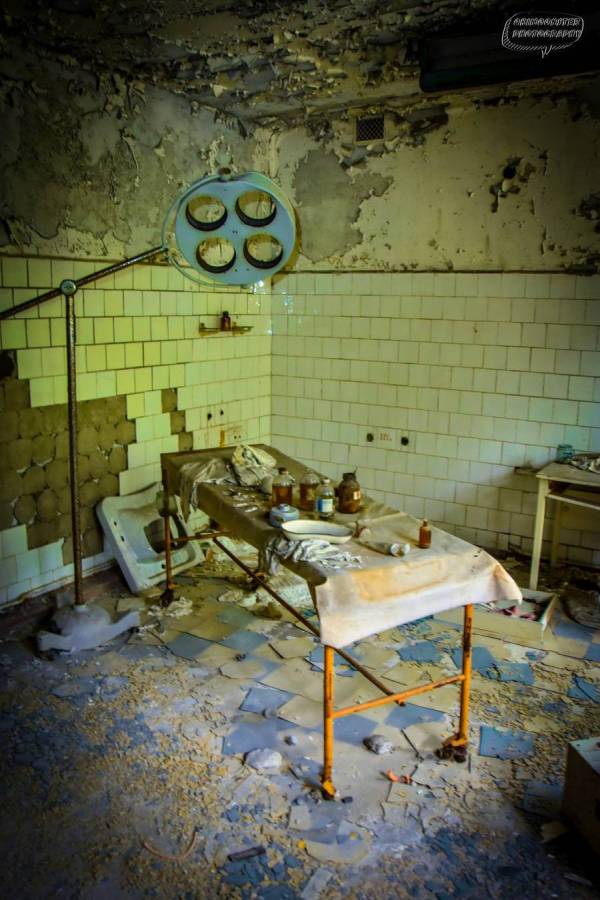 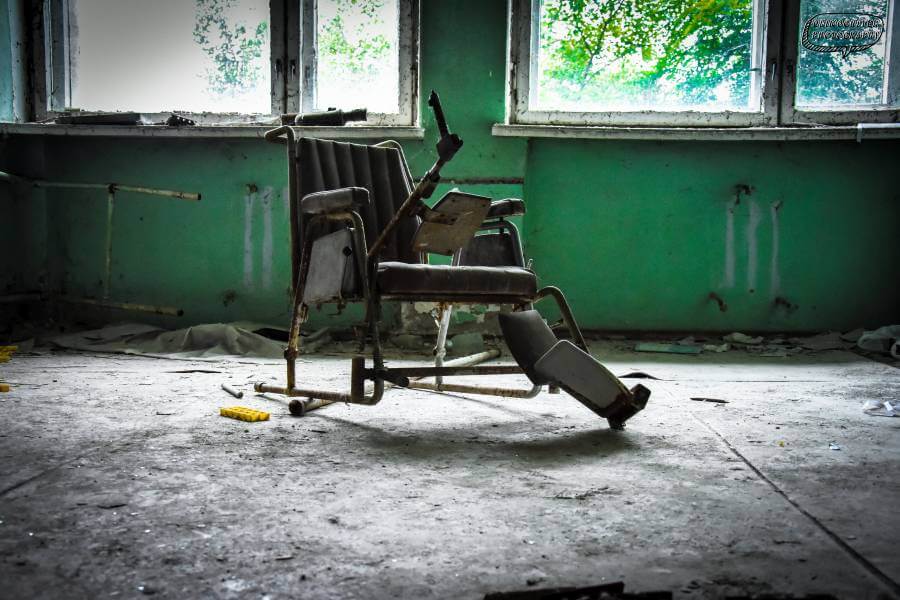 Walking from room to room, you can imagine what work looked like here and what was happening in these corners. Huge lamps from surgical or dental rooms, places where pools and urine containers were cleaned, as well as reusable metal dishes. I come across a door with a Russian inscription, I ask Volodia, my guide, what does that mean? Short answer and I can feel shivers going down my back - REANIMATION. In this room people were fighting for their lives. Some have won, others unfortunately not. 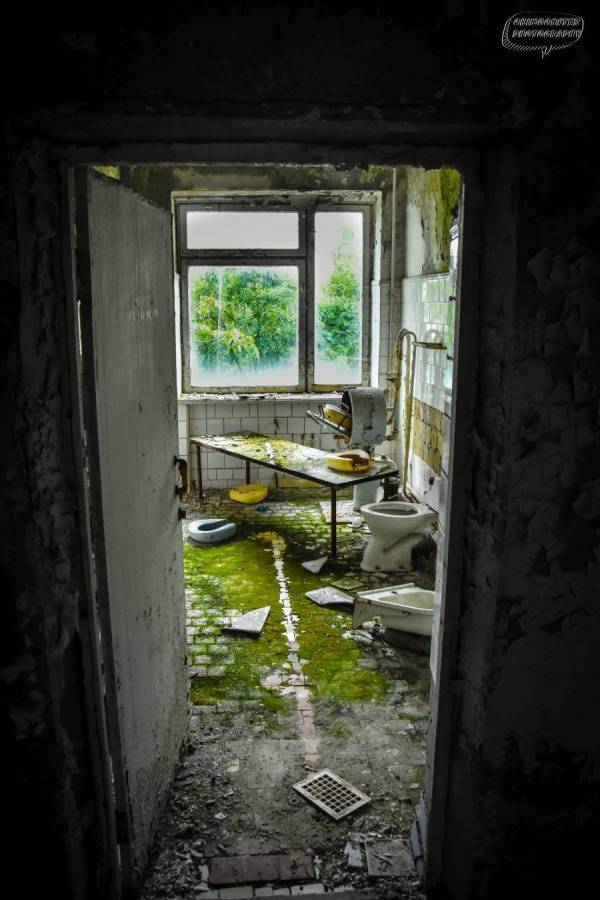 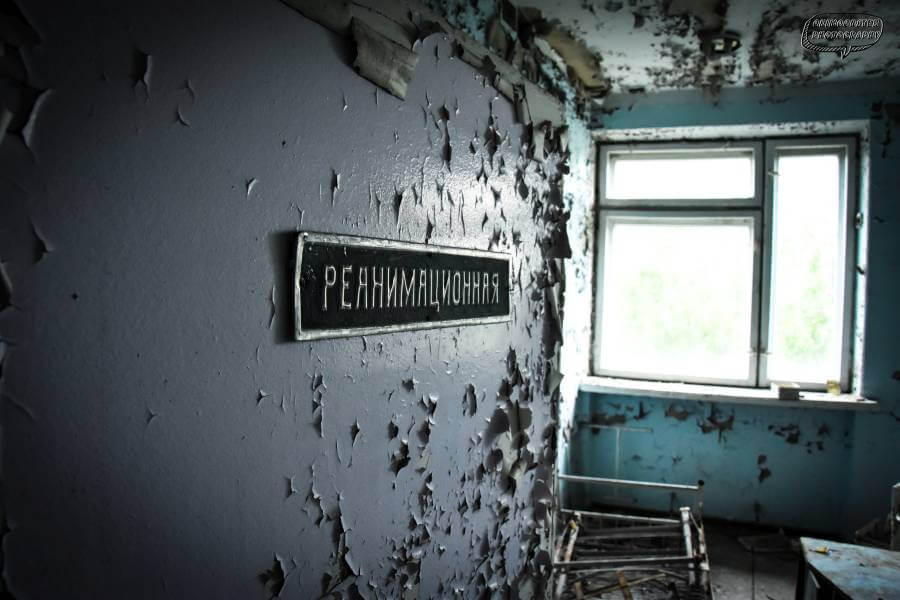 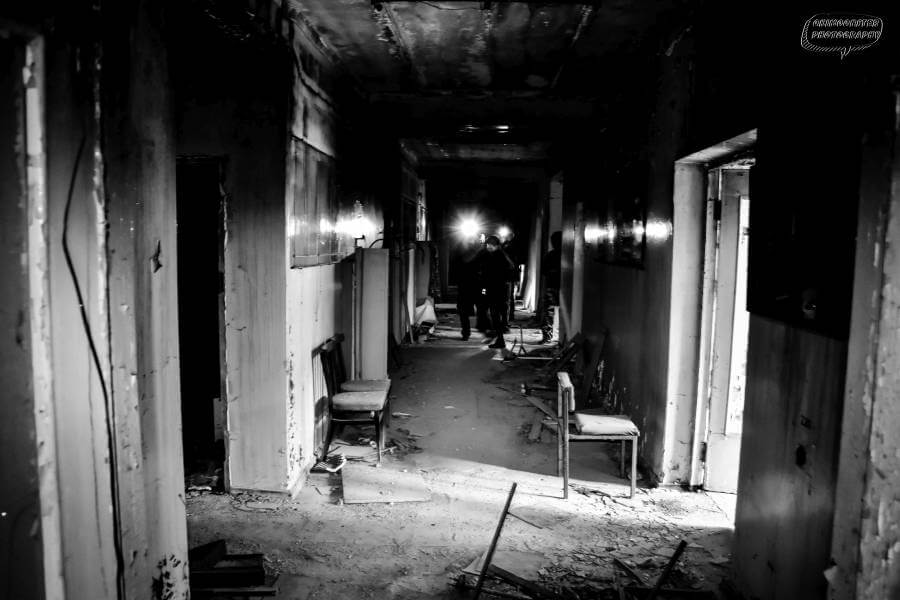 I come to the gynecological ward. Rooms with large standing lamps, armchairs and gynecological beds in the distance. I also see vessels for surgical instruments. The guide once again shows me an amazing thing, more precisely a book with entries about patients who performed abortions in the same ward. However, I spend the most time in the most shocking of the rooms - the maternity ward. It was here, shortly after birth, new generations of Pripyat residents lay and waited for parents. Small children's beds make such a stunning impression on me that I create a lot of frames, even unable to look away from sad compositions.

I end my personal "Highway to hell" where many of the ghost town's inhabitants ended. Crematorium, morgue, section table. As life ends, so I finished the journey through the corridors of an abandoned hospital. 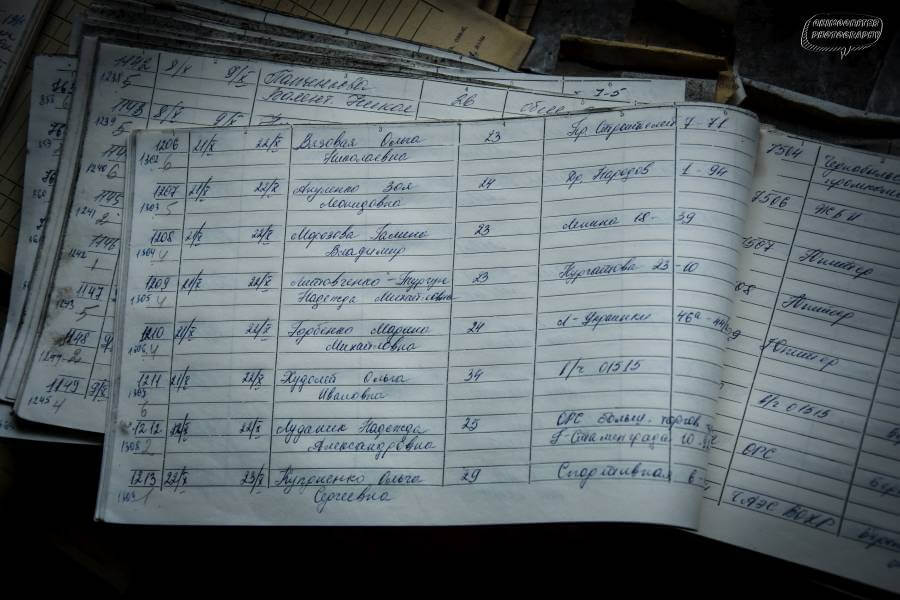 A book with abortions made
Photo: Patryk "Qki" Kwela 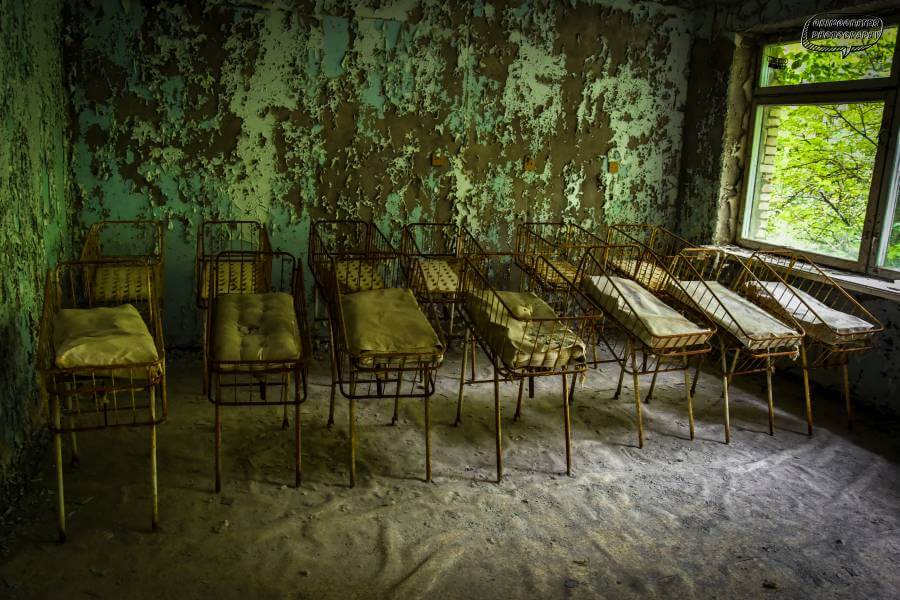 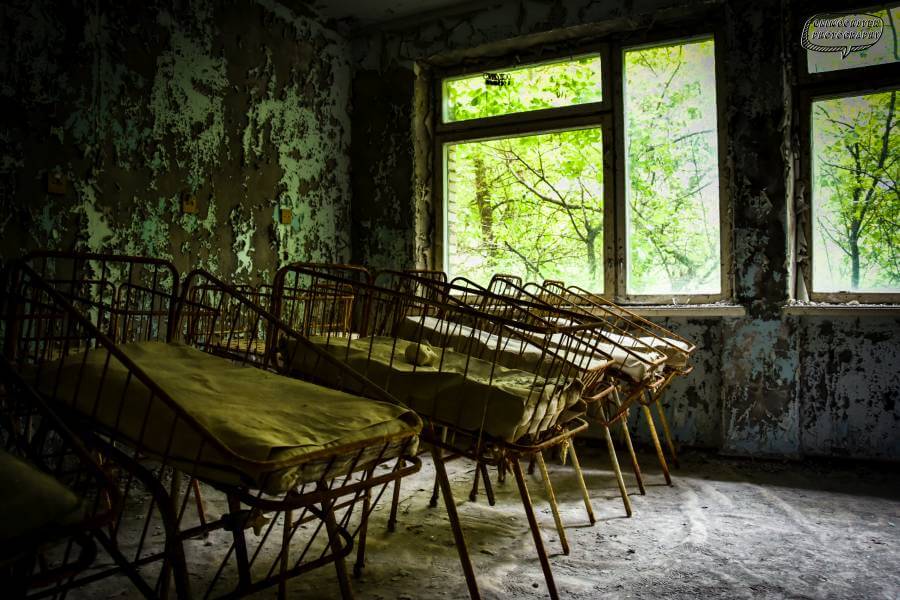 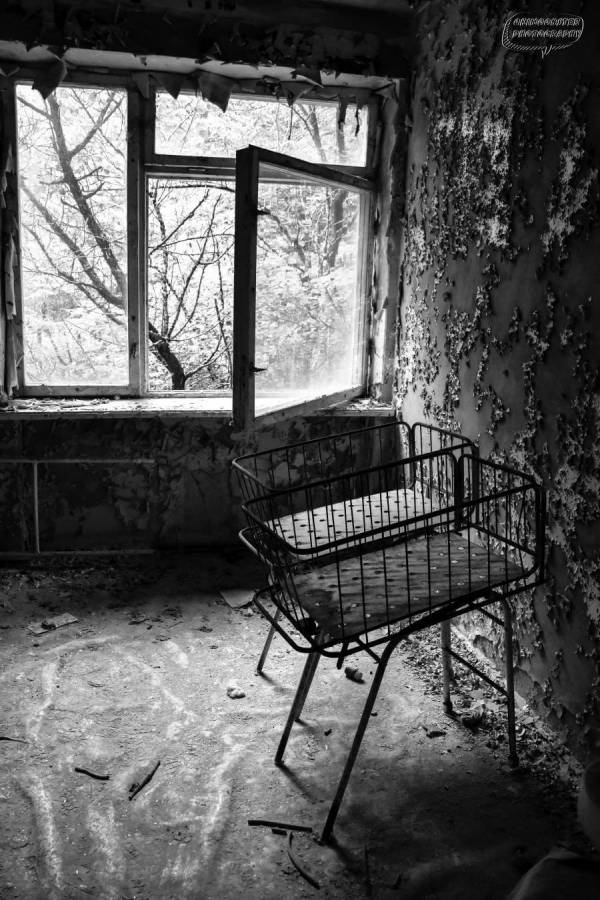 What a sad and terrifying legend are hidden in the walls of this hospital? It's time to mention the irradiated part of the fireman's outfit lying at the entrance to the building - the helmet. When the tragedy happened at the Chernobyl nuclear power plant, the first Chernobyl firefighters came to the rescue. They didn't know anything about high radiation, they just did their job. Many of them died of radiation sickness a few days after the disaster. When during the action, they began to feel worse and worse, they were taken to the hospital in full equipment, where they were undressed. All their belongings were so irradiated that they were stored in the basement, where they remain to this day. The basements of the hospital are considered one of the most irradiated places in the Chernobyl Zone. Personally, I was not drawn to see a pile of irradiated rags in a dark basement. For example, the part of the helmet in front of the entrance that was pulled out by one of the brave Explorators from the basement was enough for me. 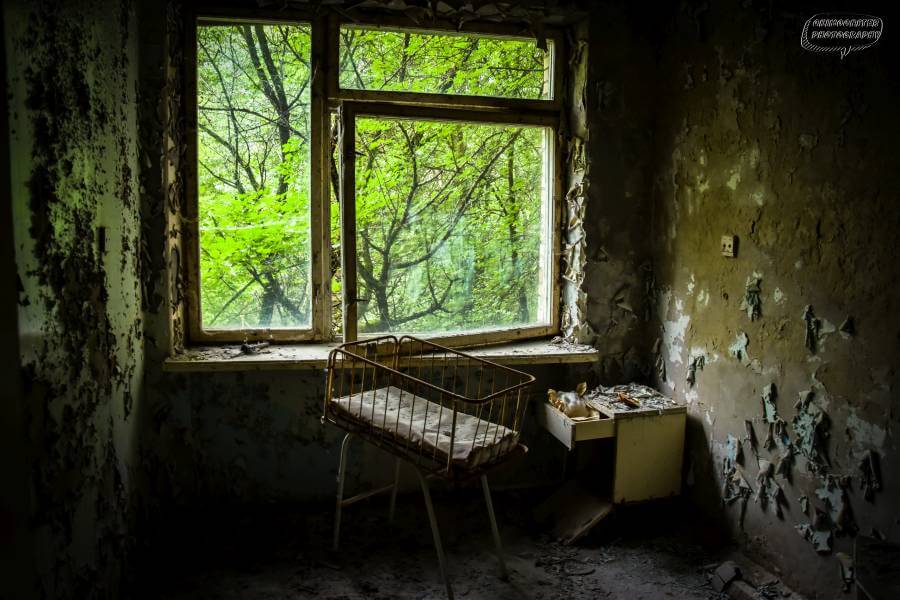 The most magnetic rooms in the hospital
Photo: Patryk "Qki" Kwela 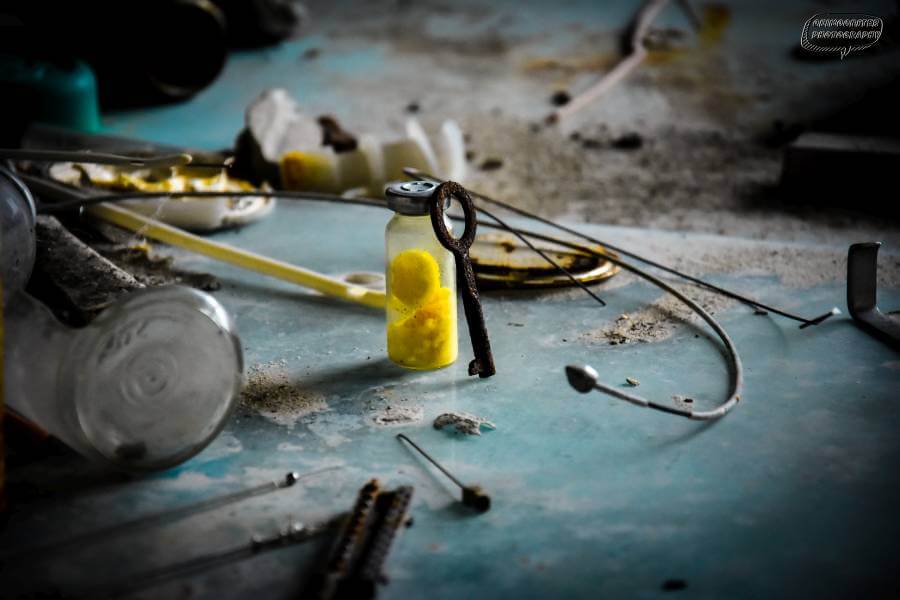 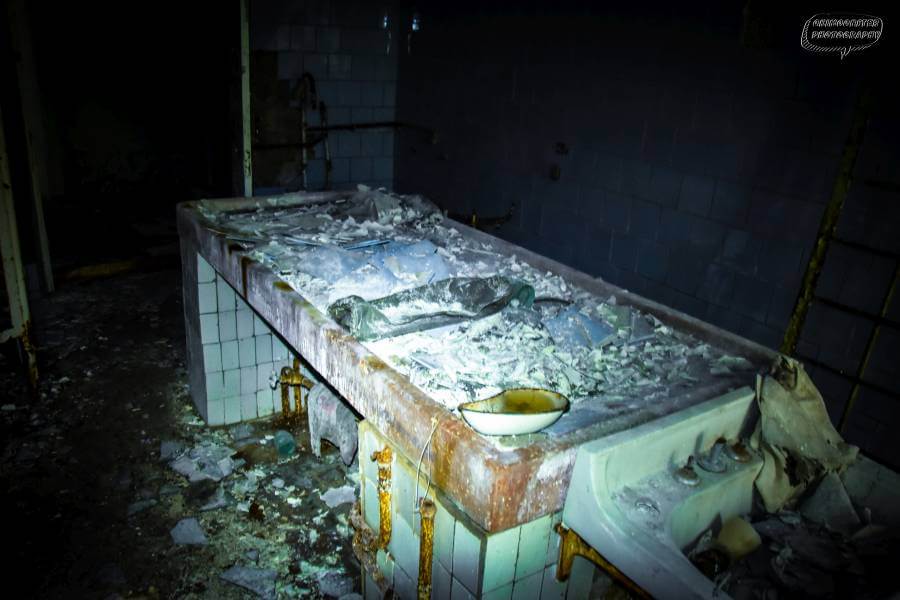 The hospital has become one of the favorite points of the trip. The climate of terror prevailing inside and my acting imagination caused me to associate it with scenes from the worst, surreal horrors, those dark and hiding secrets straight from "Silent Hill". I still have a large part of the abandoned city to see. I want to see more and more how ordinary people lived. Learn the history of all those residents who were preparing for the coming great Labor Day, living in ignorance of what will happen any day. I want you to see how this city lived and how slowly it died.

He crossed the borders: