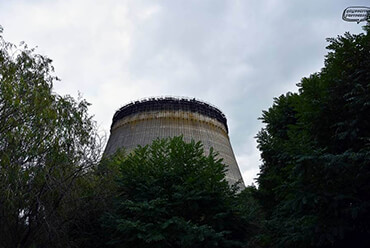 In my travels, I try to exceed the limits of my own curiosity, but also unusual places and peculiar people. I decided to fulfill one of my biggest travel dreams and go like a stalker to the Chernobyl Exclusion Zone. I spent several days in the zone, which on April 26, 1986 was contaminated with radioactive radiation due to the failure of the Chernobyl nuclear power plant disaster.

I start my journey with two villages on the outskirts of the zone. The village of Kopaczi and Zalesie are perfect examples that not only Chernobyl and the famous Pripyat suffered during the catastrophe. In the village of Kopaczi mounds were irradiated, a trace of an attempt to prevent radiation and a kindergarten whose appearance freezes blood in veins. In Zalesie, several residential buildings, a playground, a clinic, once a lively agricultural settlement, today bleak evidence of the effects of the disaster. Each village was forcibly evicted from the lands that the inhabitants of Pripyat had for generations. Many returned years later to continue living where their little homeland was. Characteristic warning signs with strong radiation can be seen in several places. A quick dosimeter test shows increased radiation. However, it is not dangerous for humans, because the values do not drastically exceed the norm, and the exposure time is quite short. 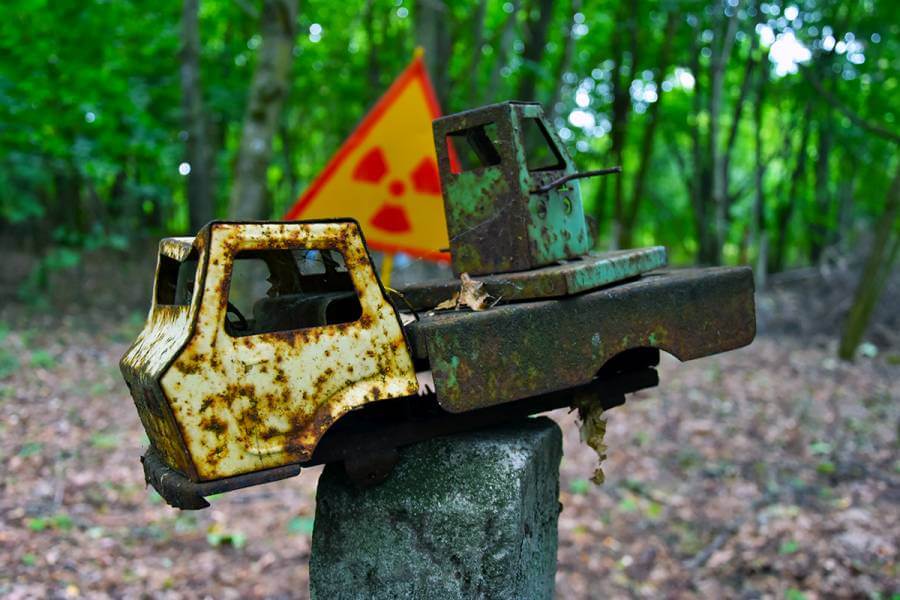 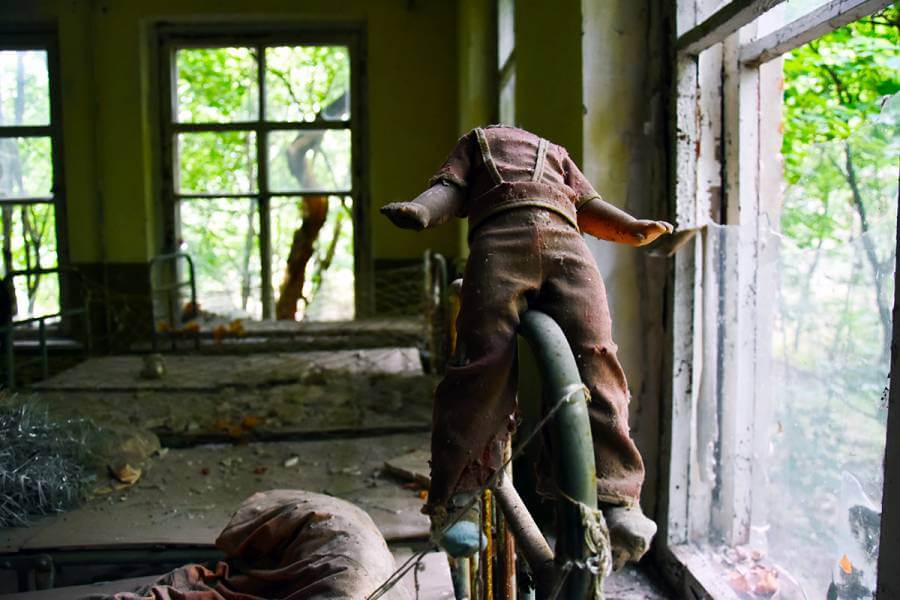 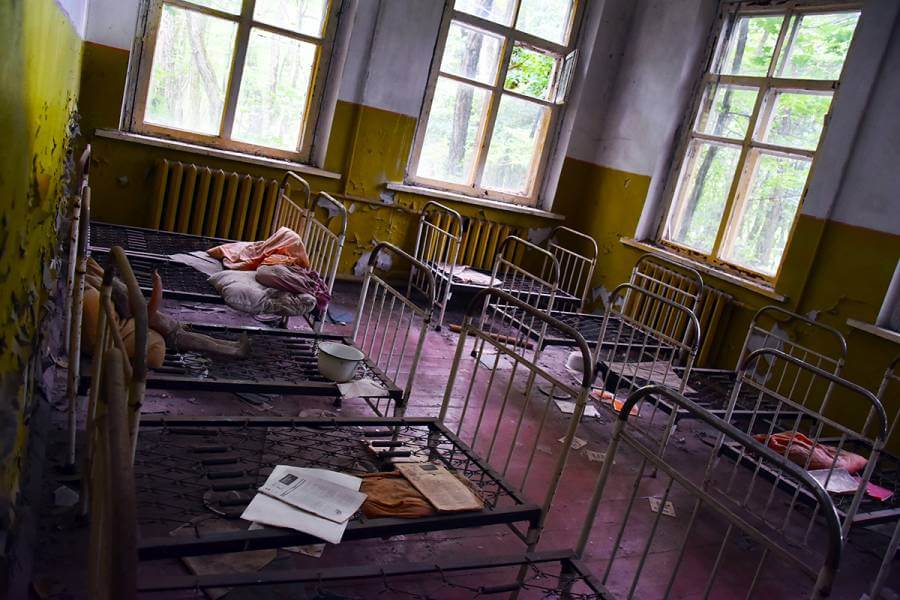 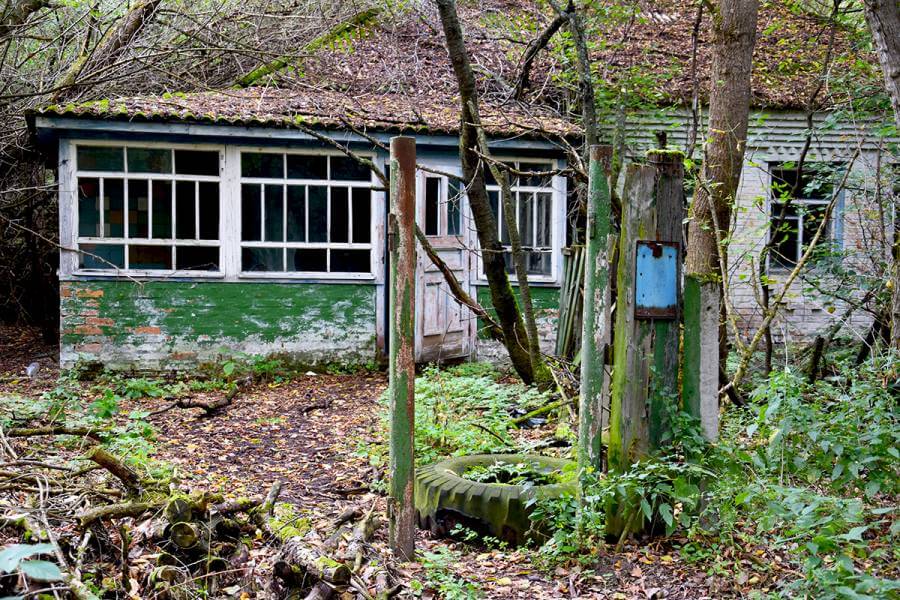 Deserted houses to which no one has returned and will not return.
Photo: Patryk Qki Kwela 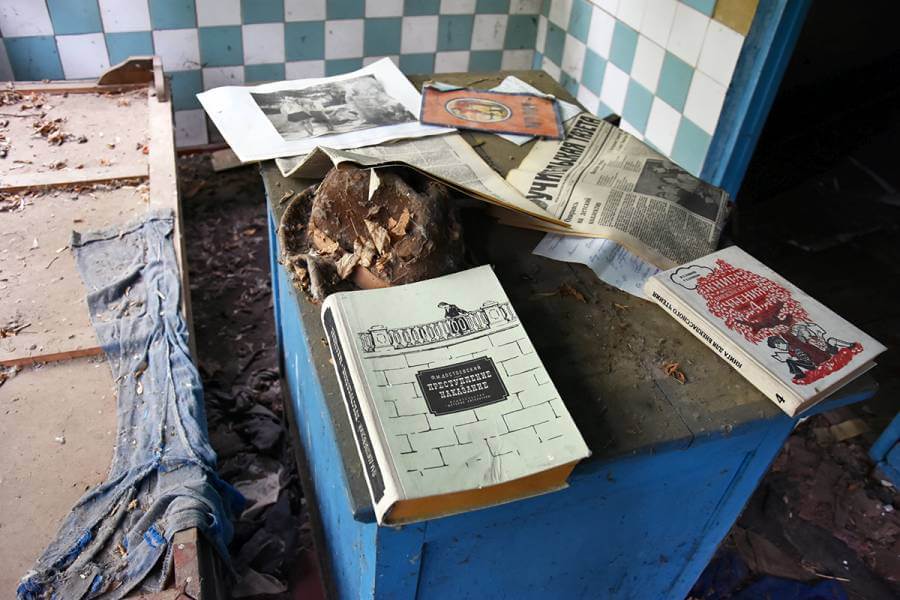 And the houses are full of "period" stuff.
Photo: Patryk Qki Kwela 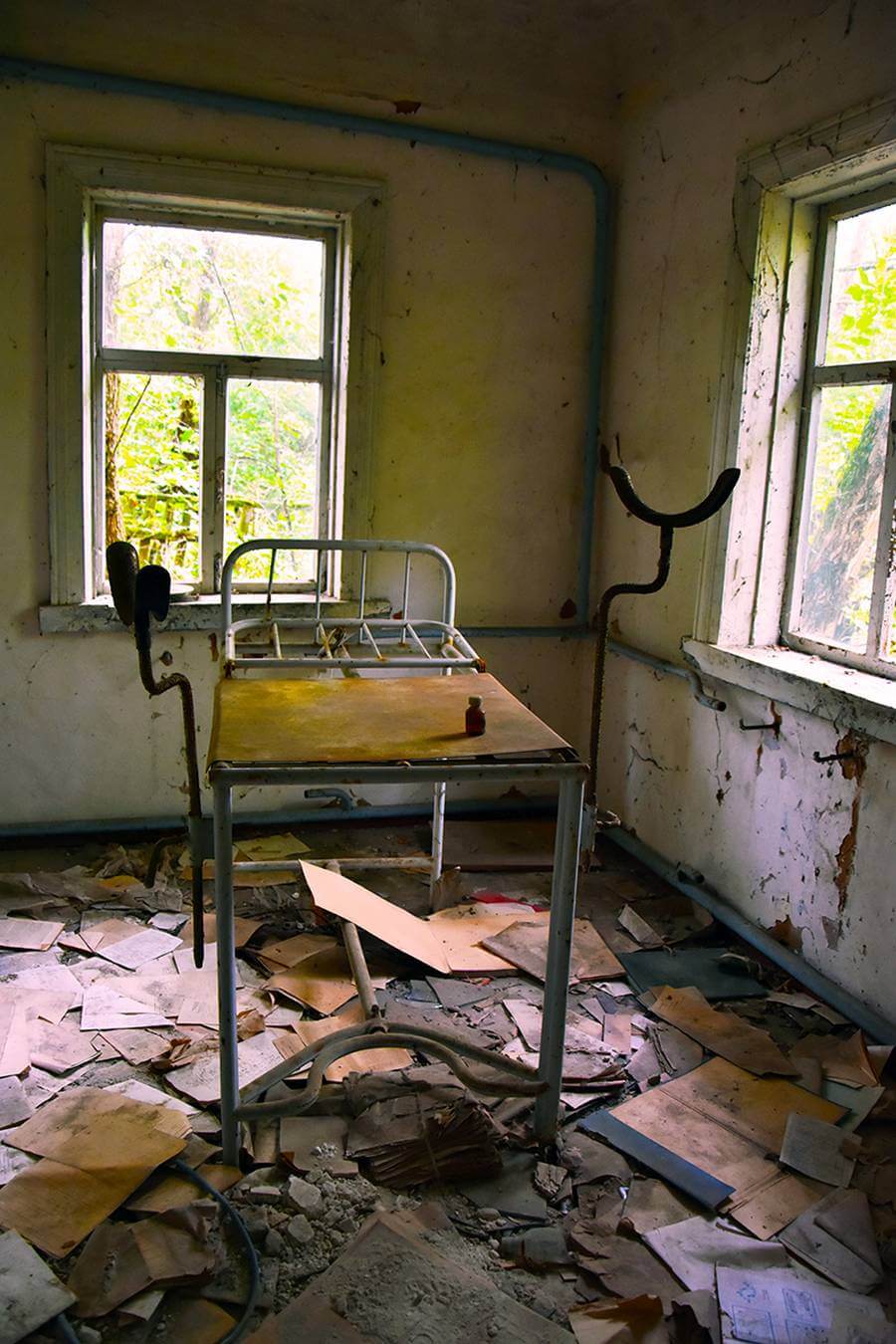 There was also a clinic in the village.
Photo: Patryk Qki Kwela 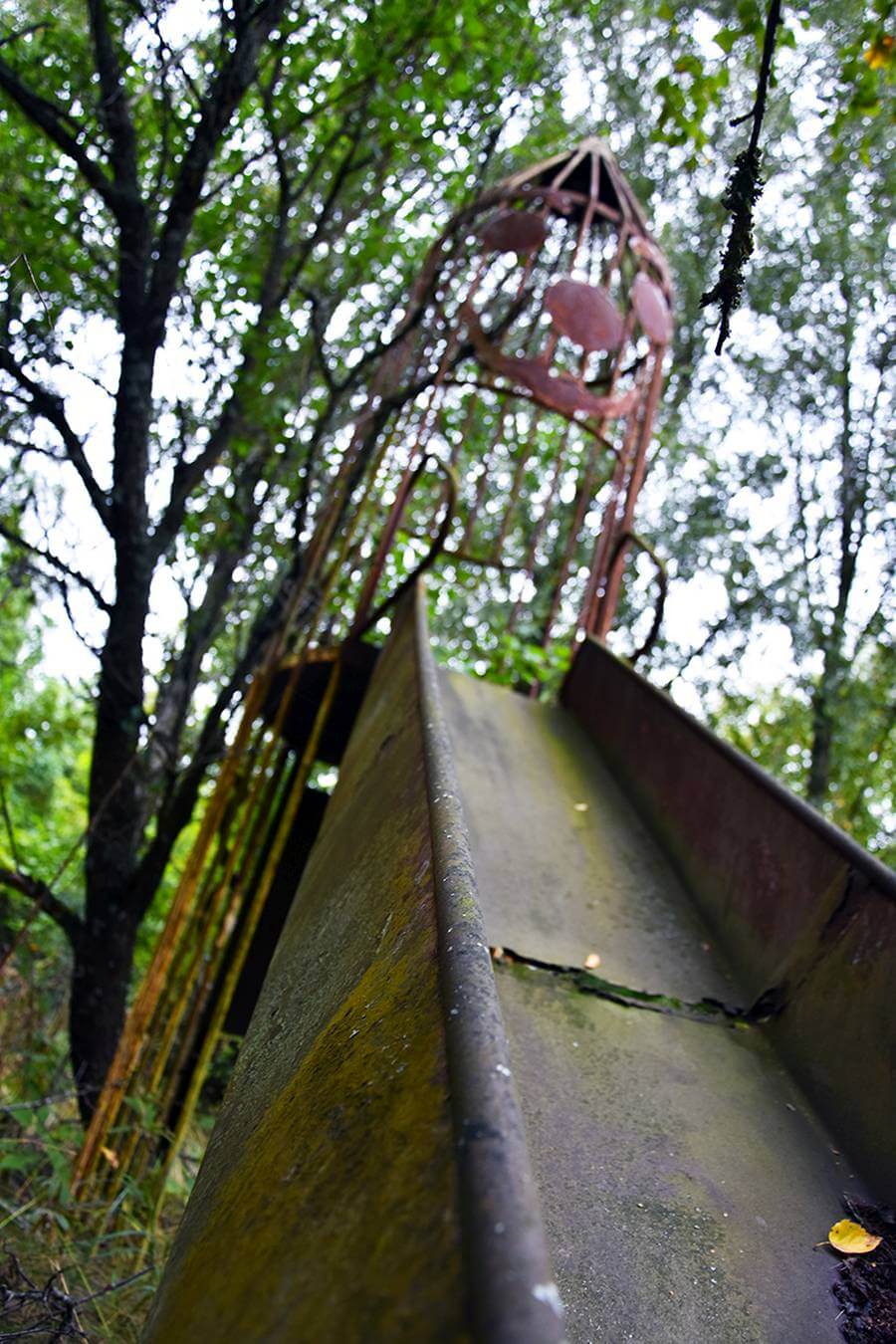 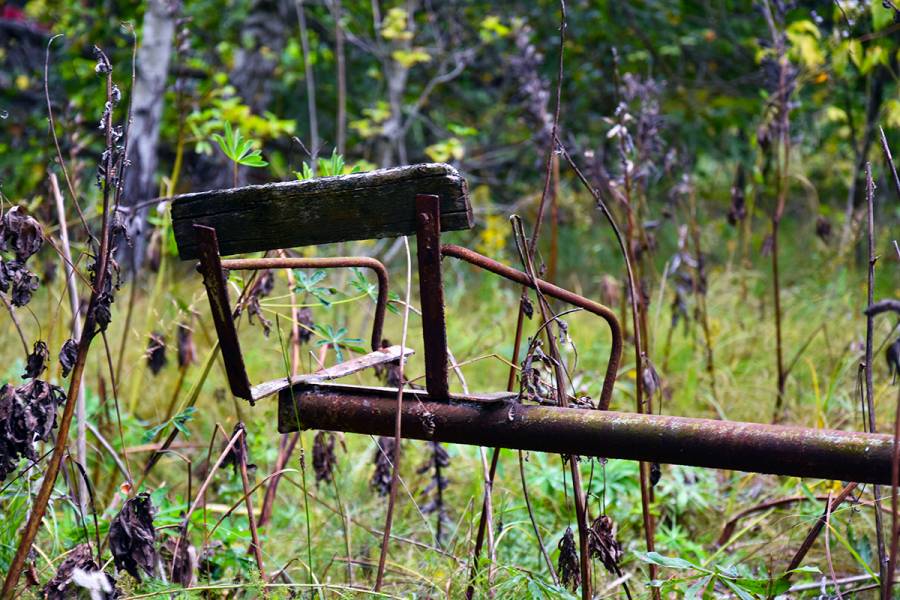 The next item is the experimental mink farm. A scientific facility where the impact of fish that swam in radiation-contaminated waters was studied. The fish were caught and were food for minks. Mink meat actually turned out to be irradiated, but the fur was commercially available. The farm operated even until the mid-90s. Today, on the premises of the plant, you can find empty tanks in which fish were bred, as well as cages for keeping minks. At the back of the plant you can see huge tracts of water reservoirs and huge fish living in them, which are hunted by nearby terns and eagles. As you can see the nature in the zone is doing great. 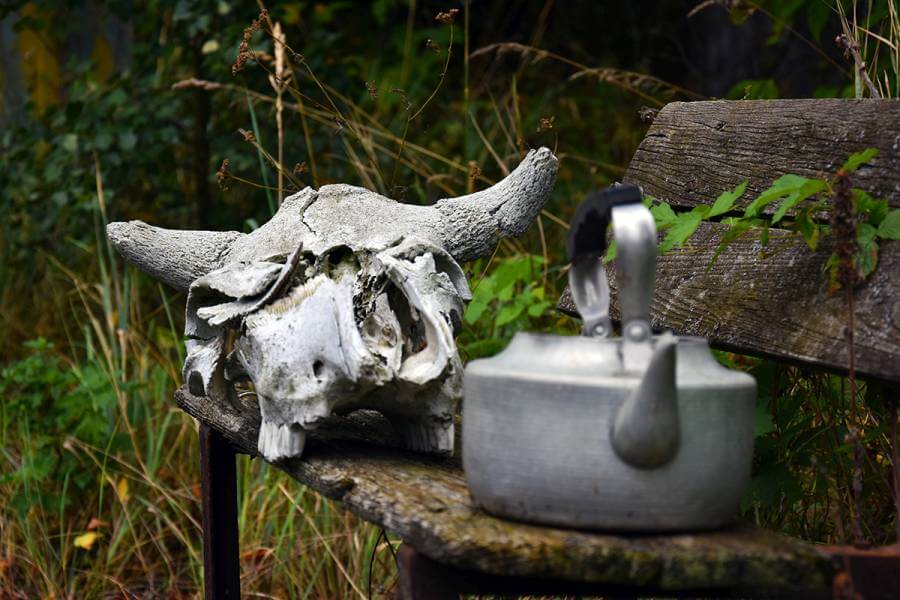 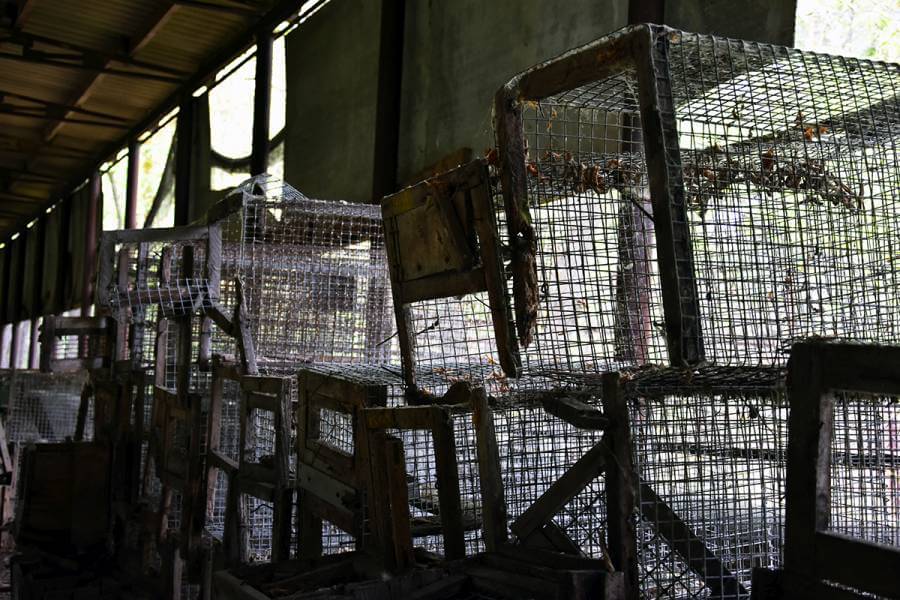 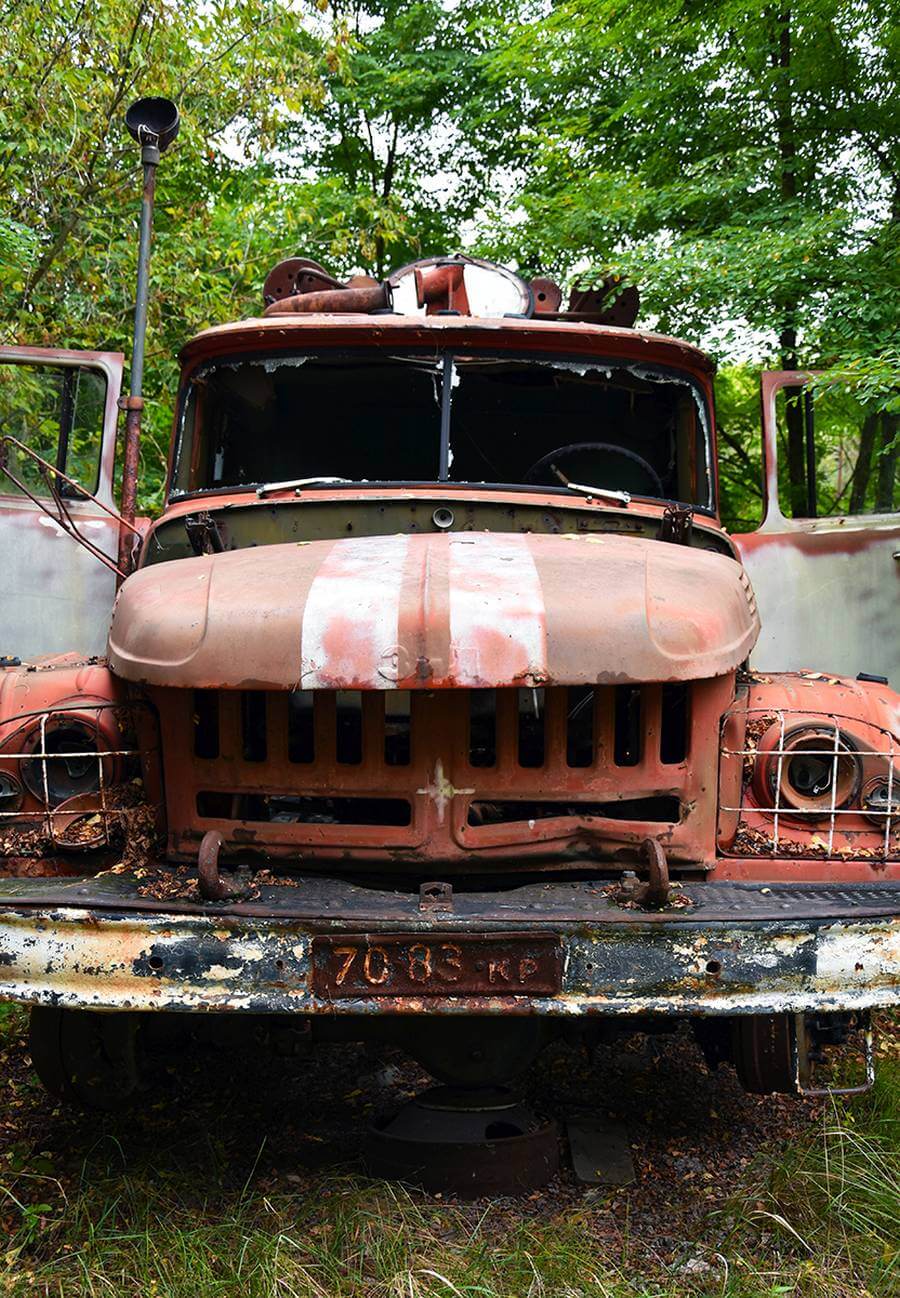 From afar you can also see the unfinished cooling towers of blocks V and VI towering over the area. This is a treat for Urban Exploring fans. In every city you can find abandoned public buildings, but nowhere you can see an object of this scale. Huge chimneys that were formerly supposed to cool water vapor coming out of blocks of a nuclear power plant. Inside these monsters there is an amazing echo, every little sound is intensified. And the imperceptible wind outside strikes here with multiple force. One of the murals on the wall also strikes the heart. 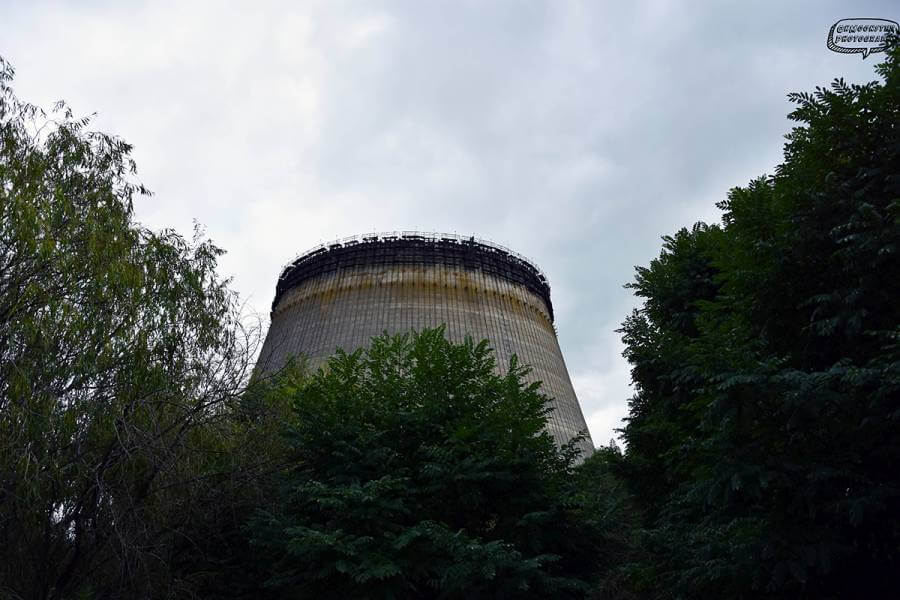 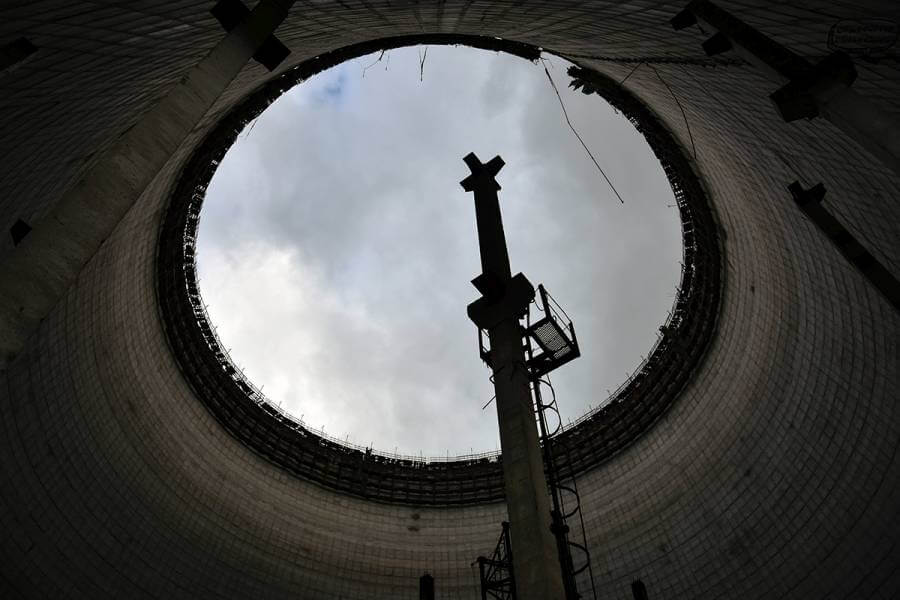 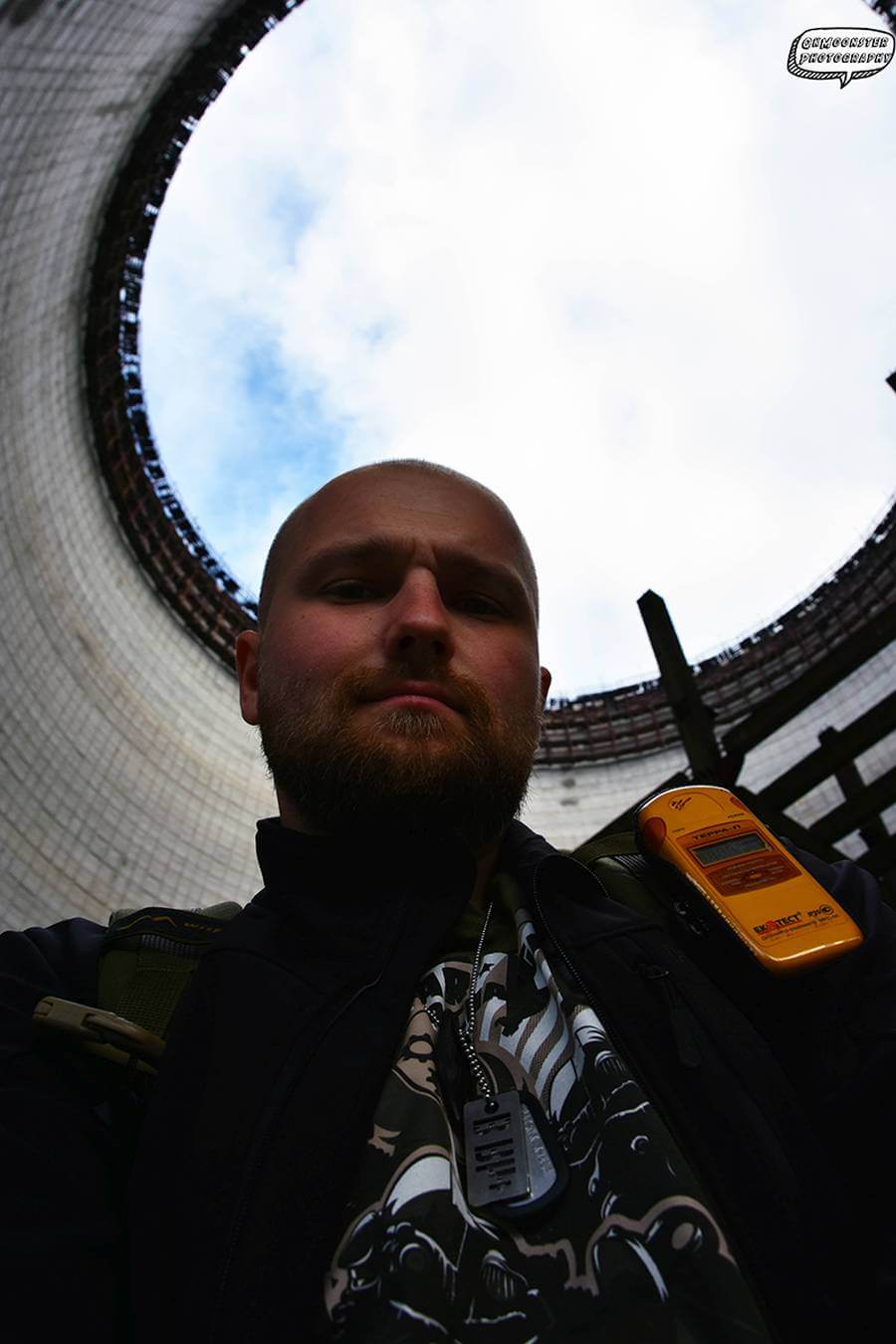 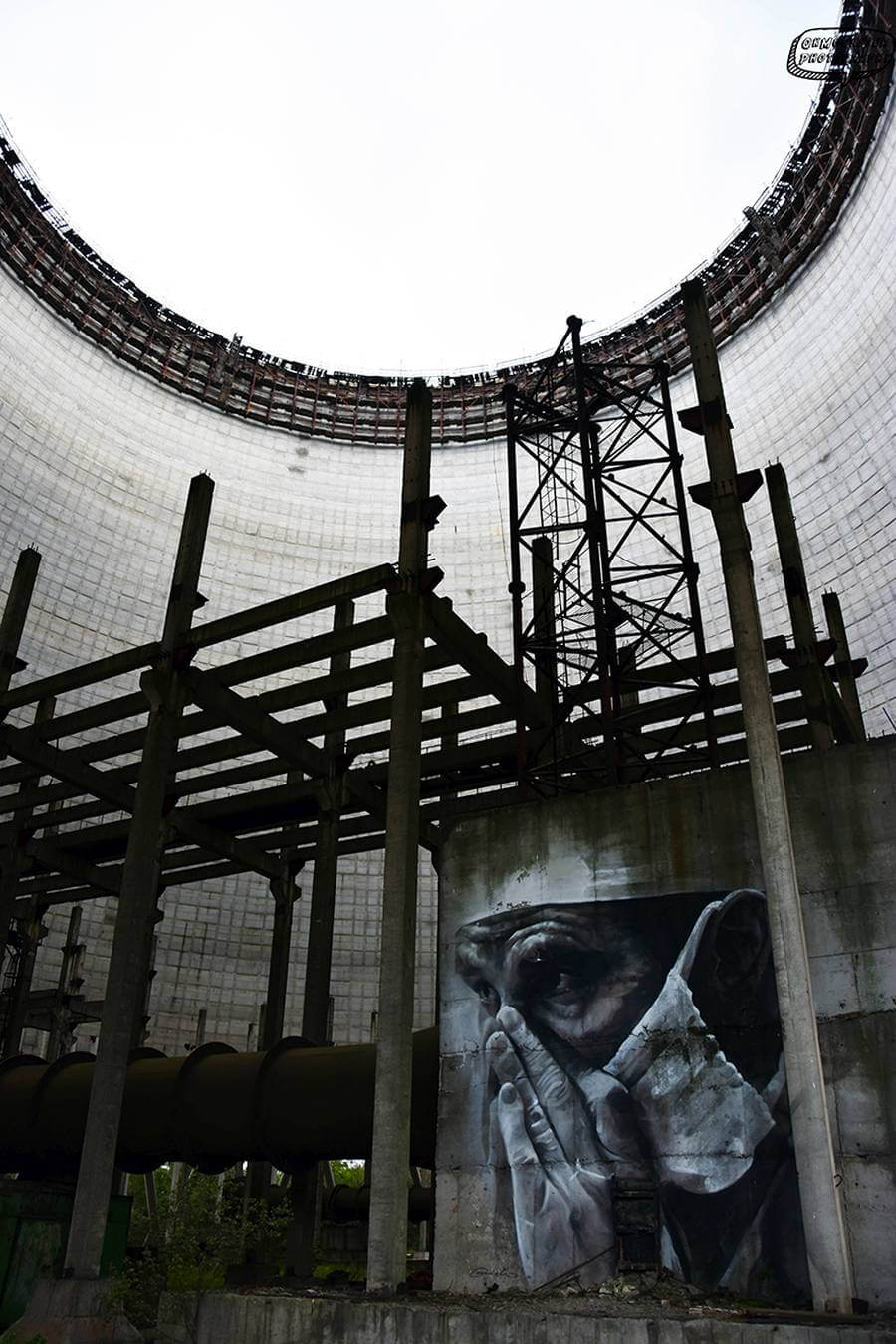 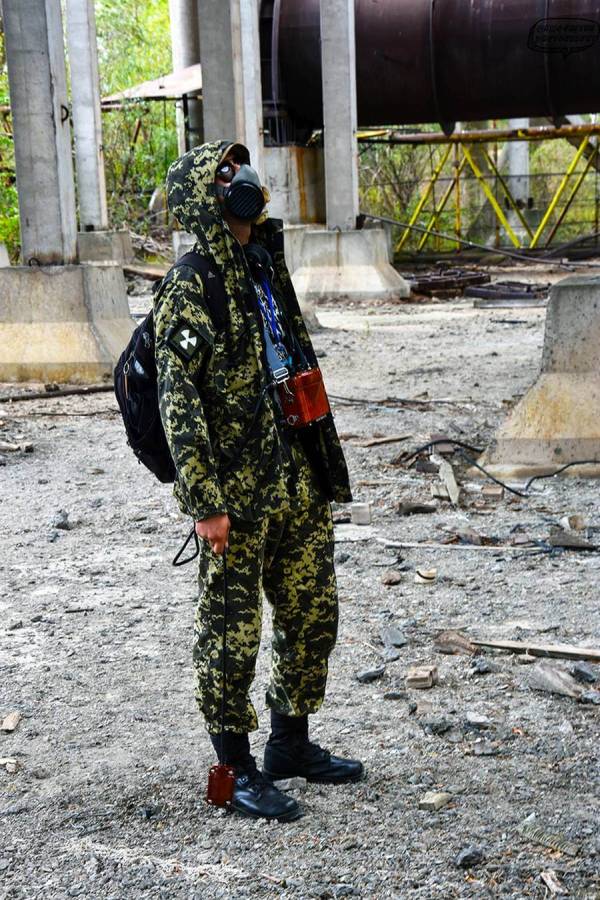 A fragment of the panorama to present the enormity of such an object.
Photo: Patryk Qki Kwela

I'm going towards block IV, in which the reactor failed, which became a continental disaster. Under the monument commemorating the overlap of the sarcophagus and fighting the consequences of the catastrophe, lies a homeless dog, marked and castrated. The descendant of those dogs who were left here after the catastrophe and forced to live, stray wild. A new shield, proudly called the Ark, was put on the former sarcophagus protecting its concrete structure against radiation. 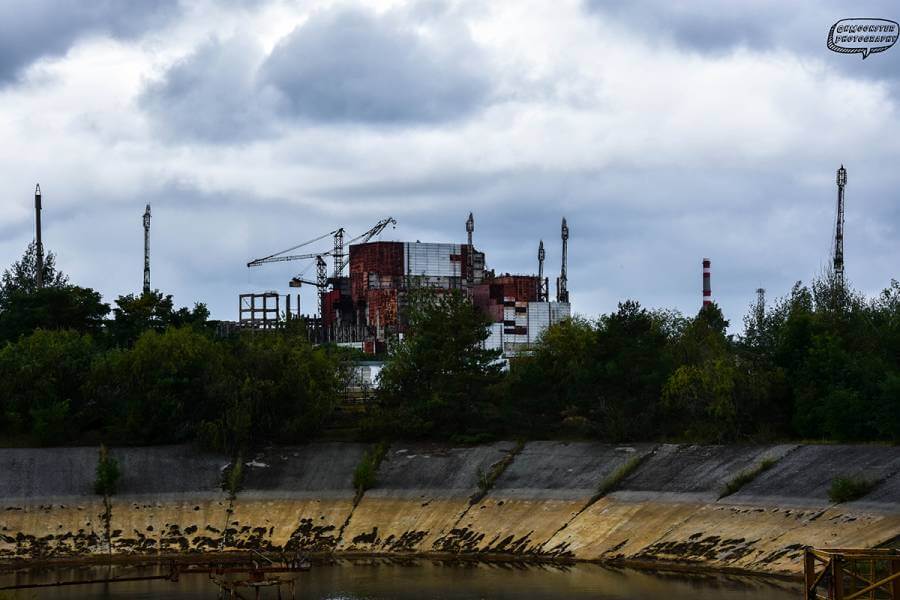 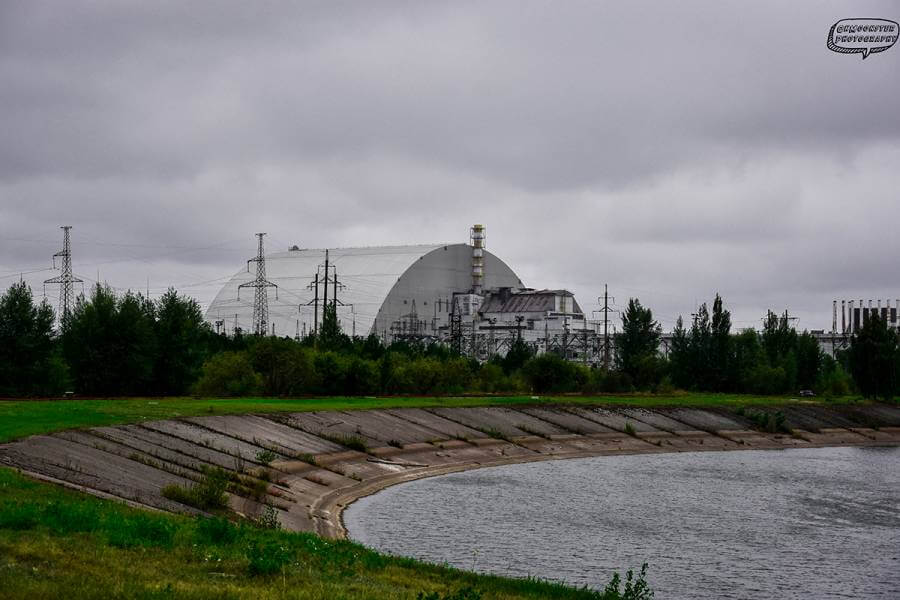 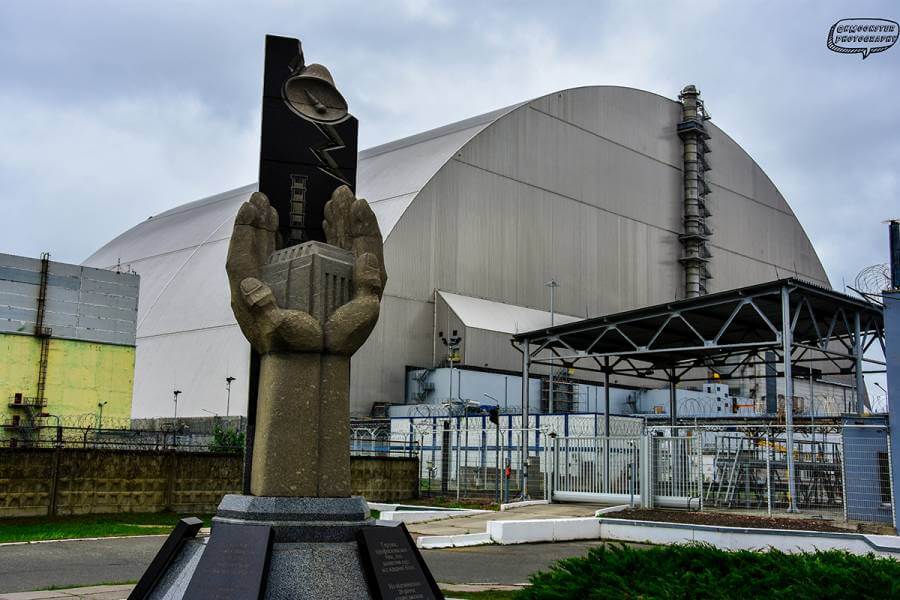 A monument commemorating the fight against the effects of the disaster. In the background an ark covering a damaged rector of block IV.
Photo: Patryk Qki Kwela 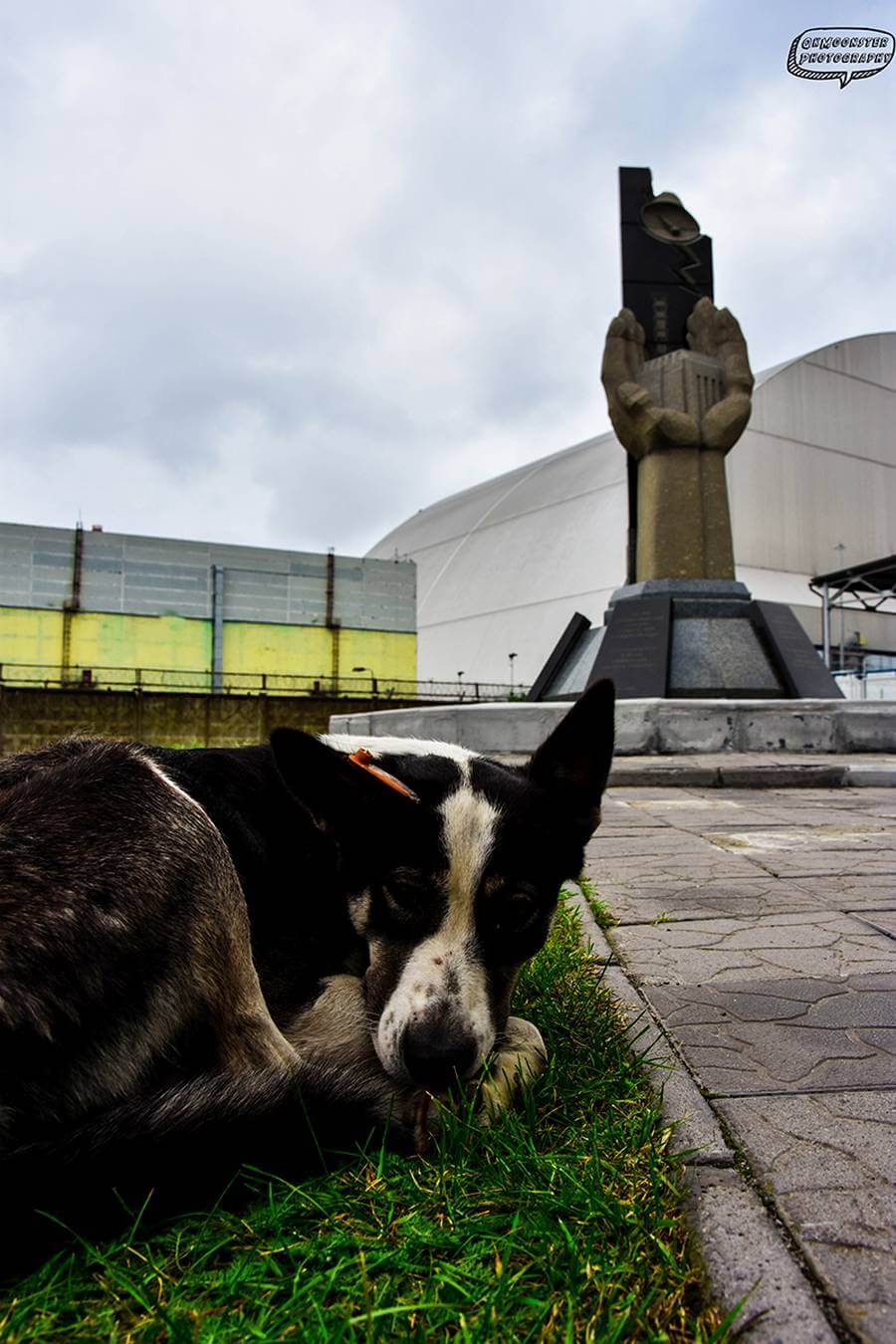