Camo footwear - from military boots to flip-flops and sneakers 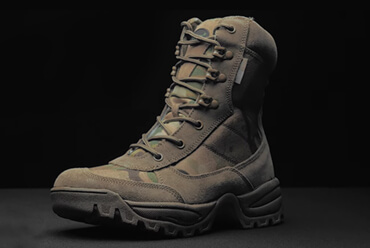 When taking care of masking, you probably focus on clothing for the upper body and pants, and perhaps also on vests, backpacks or pouches. No wonder - the higher a given element of your outfit and equipment, the better you can see it, ergo - it will need camouflage. This way, it is easy to forget about footwear, which is in direct contact with the ground, hidden in grass and shrubs. But when you think about every detail, it is not worth ignoring the camo shoes, which are often available in Multicam. The camouflage pattern, which occurs in various variants, is used, among others, in by the special forces of Great Britain, Georgia or Poland, for example in the forests of the temperate zone. In the following post, we present primarily camouflage off-road boots, including military models. In the article you will also discover footwear that is not intended for tactical activities, unless such shoes include ... walking in flip-flops.

Men's camo shoes above the ankle

Camouflage rarely occurs on the entire upper of the shoes - the masking pattern does not cover the skin, most of which is on the front, on the heel and in the area of the eyelets for the laces. The camouflage inserts are located mainly on the tongue, sometimes above the toes, and above all - on the sides, which are often cut by the clasp. You can put on tactical camo boots with a zipper faster than lace-up models, so they will be useful in emergency situations. When looking for military camouflage footwear, it is also worth paying attention to the content of EVA foam, which absorbs vibrations during the walk. This has a positive effect on the comfort of walking in the field. 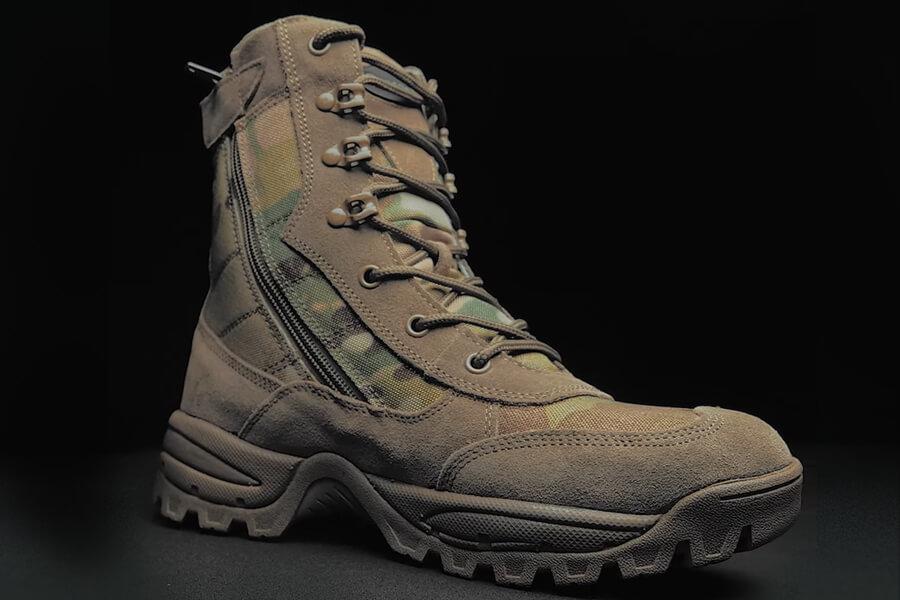 The camouflage pattern is generally only found on certain parts of the shoe, such as the side that has been cut with a zipper.

The camouflage looks similar on trekking footwear, which is perfect for a trip to the mountains. Since when climbing to the top of the foot they sweat much more than on flat terrain, camo trekking shoes shoes have to breathe better than tactical ones. Polyester inserts in various areas of the upper are responsible for the vapor permeability of mountain models. Of course, it is also important to stabilize the ankle or the shape of the sole ensuring adhesion to the ground. We wrote more about this topic in the article about shoes for walking in the mountains - you will find interesting proposals for both low and above the ankle models.

Moving away from the topic of off-road shoes, we come to footwear, which is to be, above all, a stylish addition to the urban outfit. The camo sneakers, reinforced with a Rip-stop mesh, are protected against tearing, so walking in difficult conditions will not hurt them. Sneakers are often covered with forest camouflage, such as Flecktarn or the Multicam mentioned in the introduction. An interesting pattern on sneakers seems to be also UCP, i.e. pixel camouflage known, for example, from the uniforms of some Ukrainian companies. 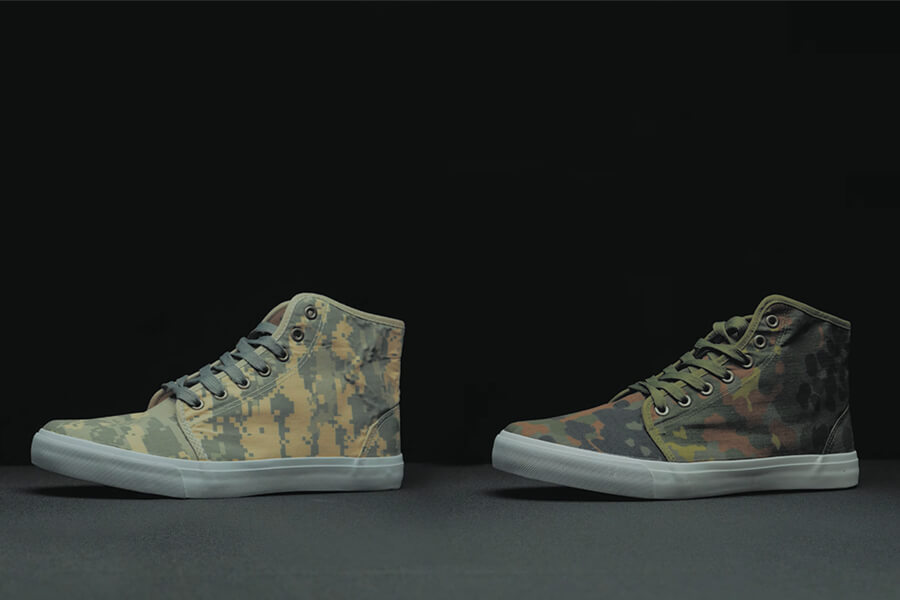 Unlike off-road shoes, camo sneakers are more designed to make your outfit stand out in the city. What's interesting - Mil-Tec sneakers are reinforced with Rip-stop mesh.

Finally, it is worth mentioning an interesting proposal not for going out into the field or the city, but home. Men's camo slippers will also work well at the pool, because they dry quickly, which is due to the EVA foam. You surely know that while resting, it is worth disguising yourself well so that no one interferes with your rest. In this case, camouflage flip-flops will definitely be as good as they are. 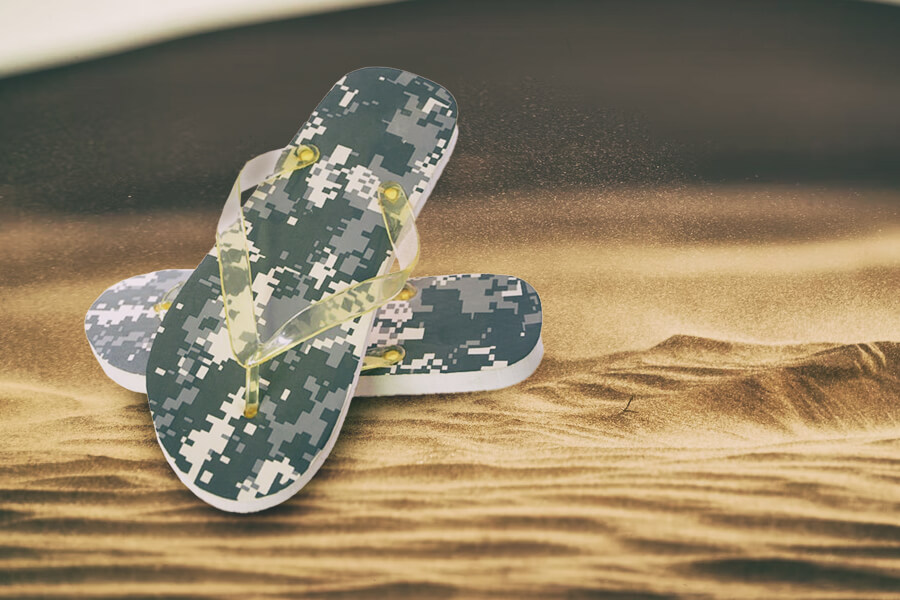 Camo slippers are also very popular. With their help, you can mark your military passion even at the pool or at home.