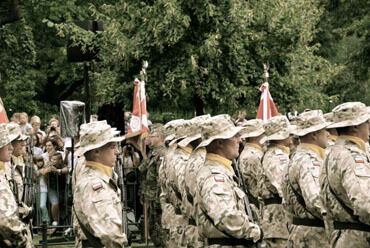 In Warsaw, once again, a great military parade took place on the occasion of the Polish Army Day. Despite the downpour, thousands of people watched the army travel along Aleje Ujazdowskie and the march of soldiers from various units. This year's parade also included flights of airplanes and helicopters, including Sparks, Mi-8 or SW-4. See our short report from the Polish Army Day parade.

However, before we took part in the parade, we were able to see the night rehearsal. The passage of Leopard and "Twardy" tanks, the view of armored personnel carriers and other military vehicles under the cover of night ensured us that this year's parade will be truly unique. We were not wrong! 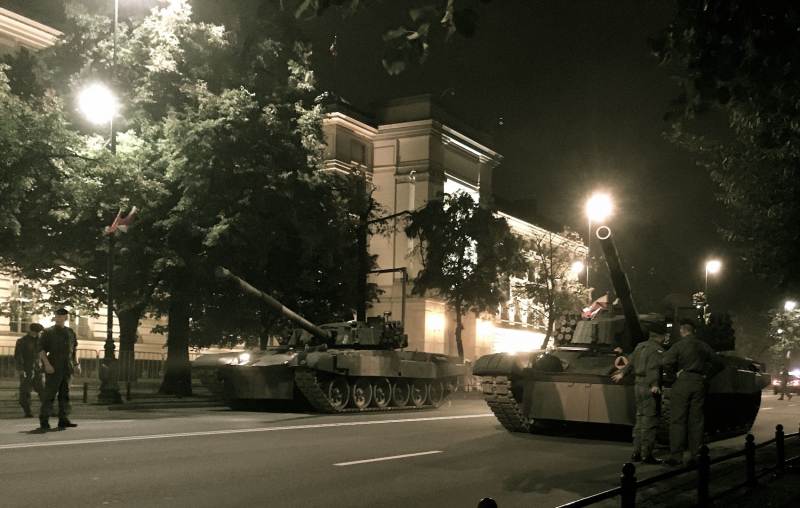 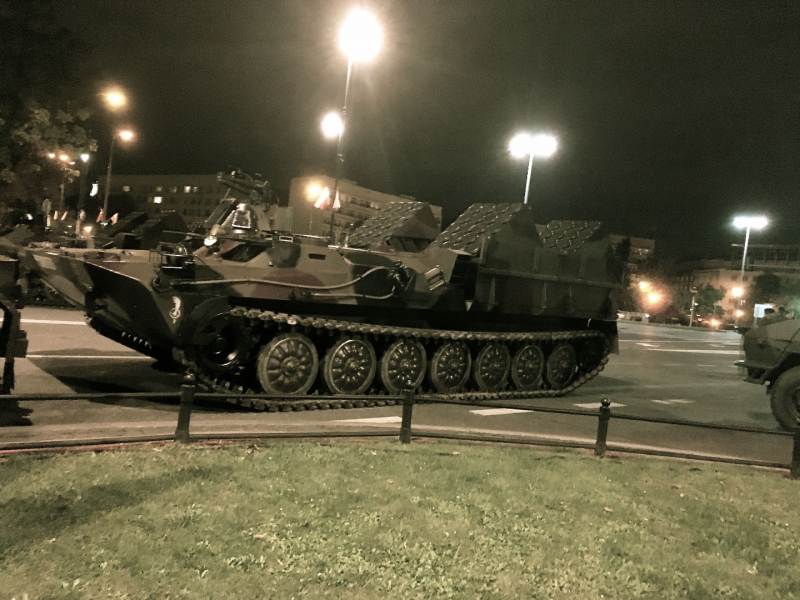 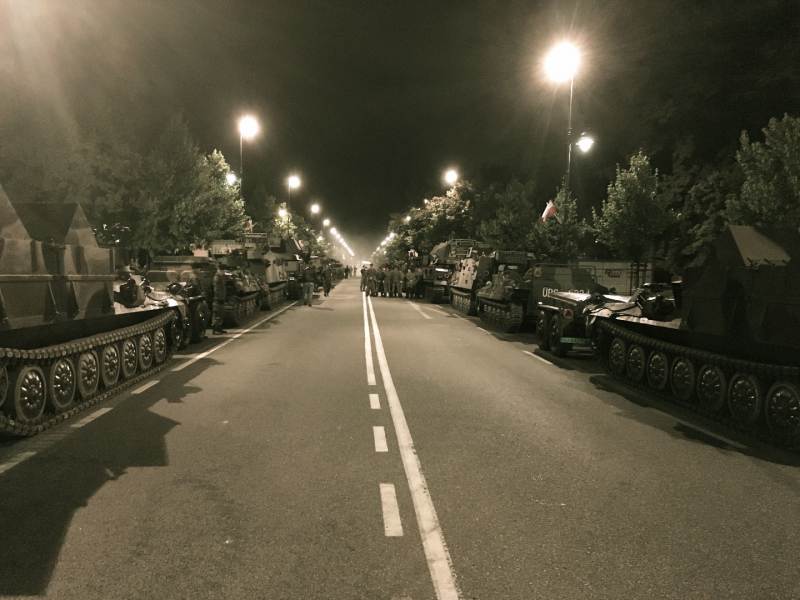 Before commencing the military parade, President Andrzej Duda on the pillar of the Tomb of the Unknown Soldier unveiled a plaque dedicated to "Cursed Soldiers". Then, in the Belvedere's courtyard, ceremonies were held during which the president handed general nominations, decorations and state medals, and said goodbye to generals who were finishing their professional military service. After the ceremony, everyone was eagerly awaiting the parade. Believe that in such moments you can see that Poles love the army. 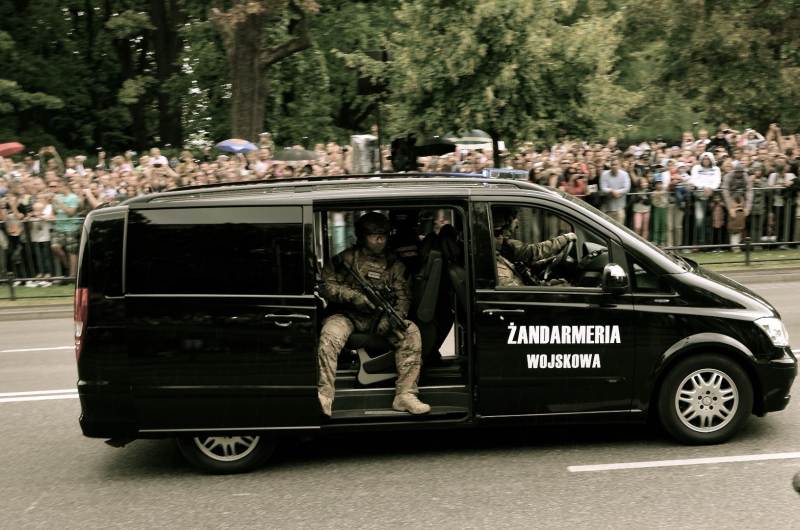 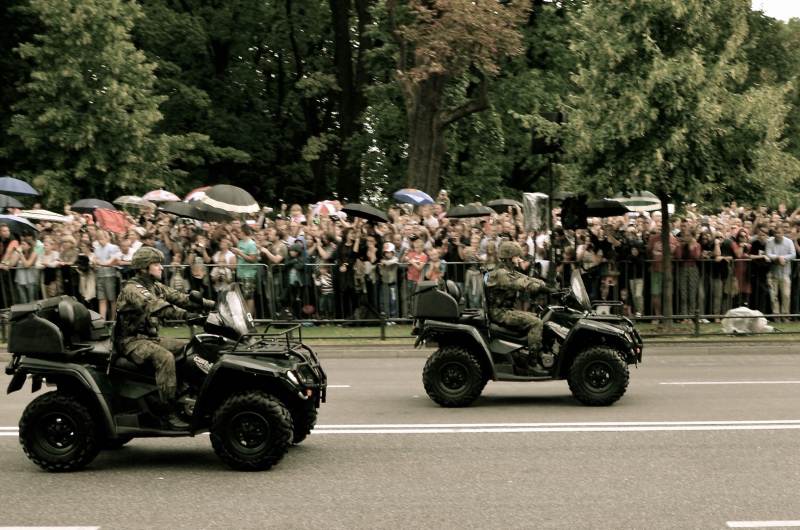 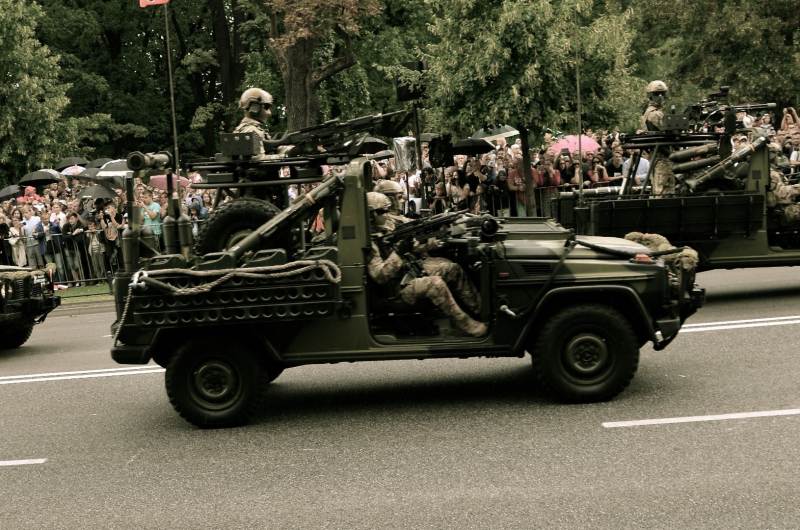 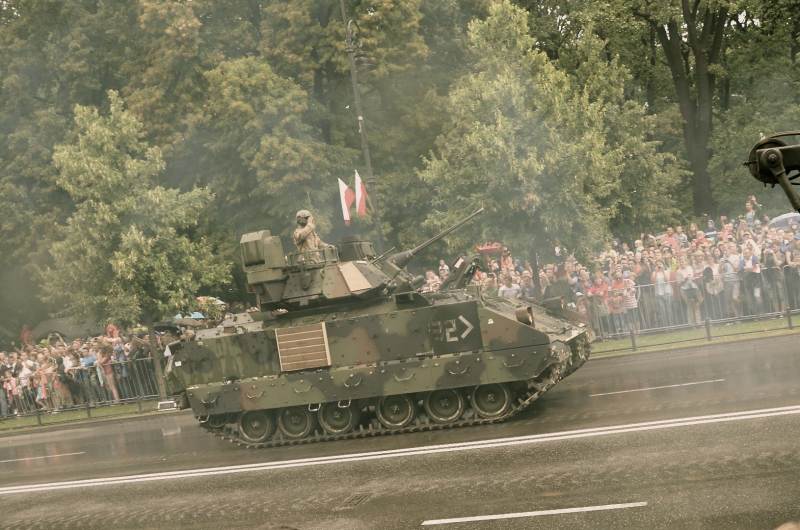 The president has finished his speech. Wreaths were laid at the Józef Piłsudski monument. The first military aircraft appear in the sky. The parade has begun - Leopard tanks, Rosomaks armored vehicles, HMMWV pass through the streets of Warsaw, as well as Bradley transporters and vehicles transporting equipment and weapons. For the first time American M1 Abrams tanks appear on the parade - one of the best in the world. Walking and horse troops, including foreign ones, take part in the parade. Reconstructing groups close the defining column. MiG-29 and F-16 jet planes as well as Mi17 or W-3W helicopters are flying above our heads. The parade ends with air shows and a soldier festival in the Agrykola Park. Due to the fact that we were with children, our parade ended in a military town, where at the booth for painting our kids became real soldiers. 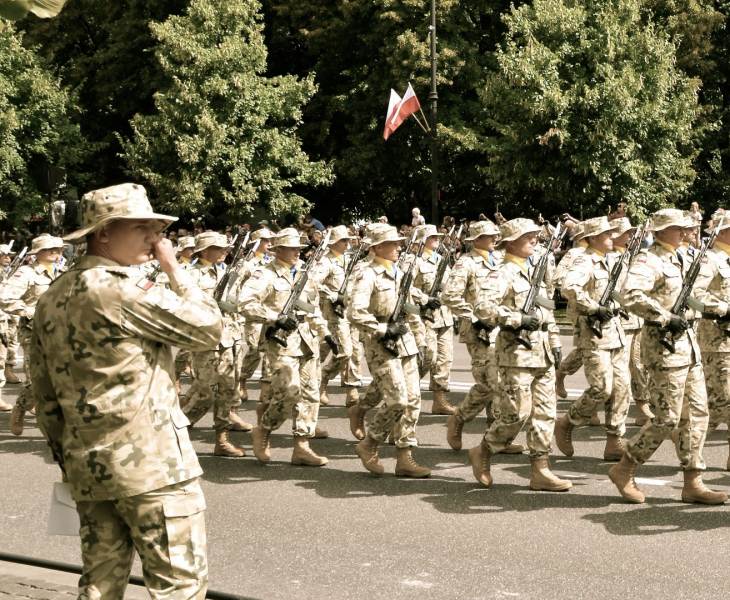 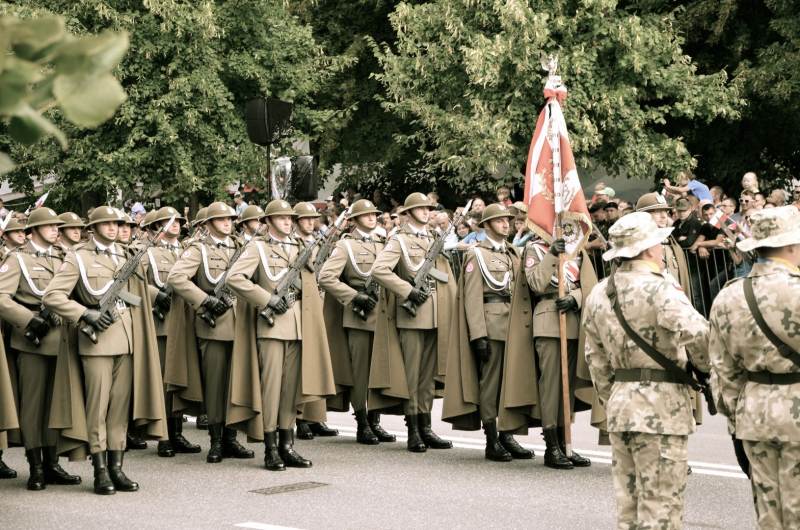 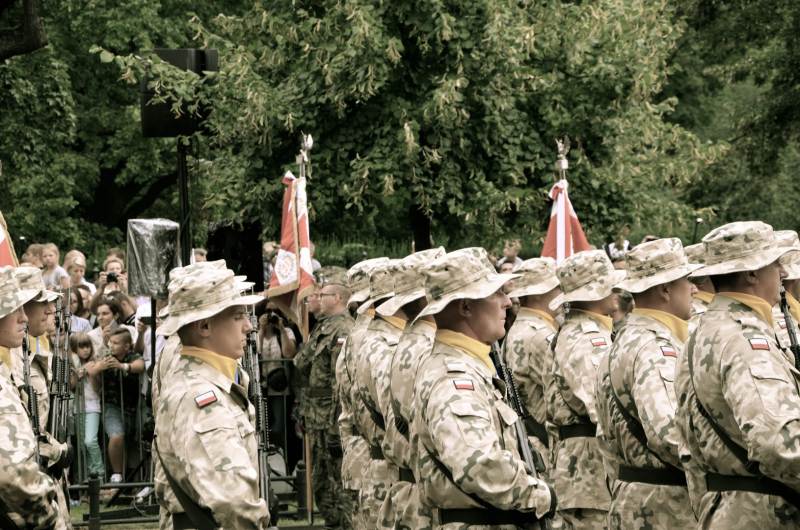 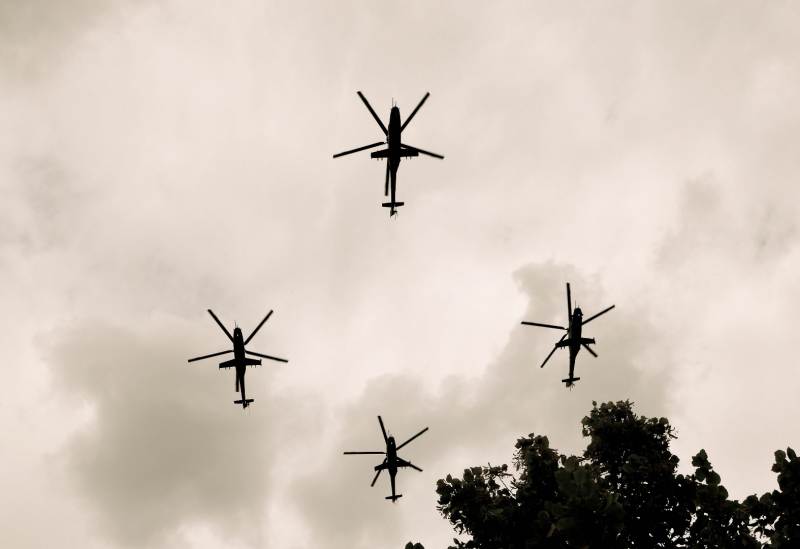 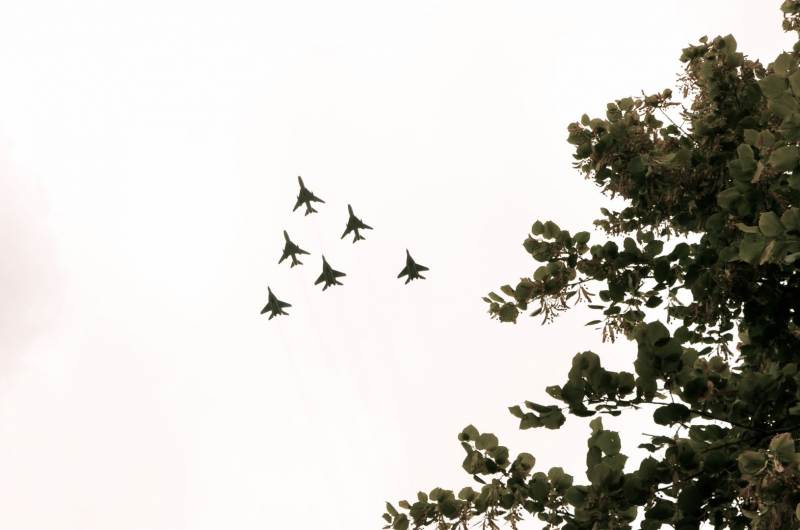 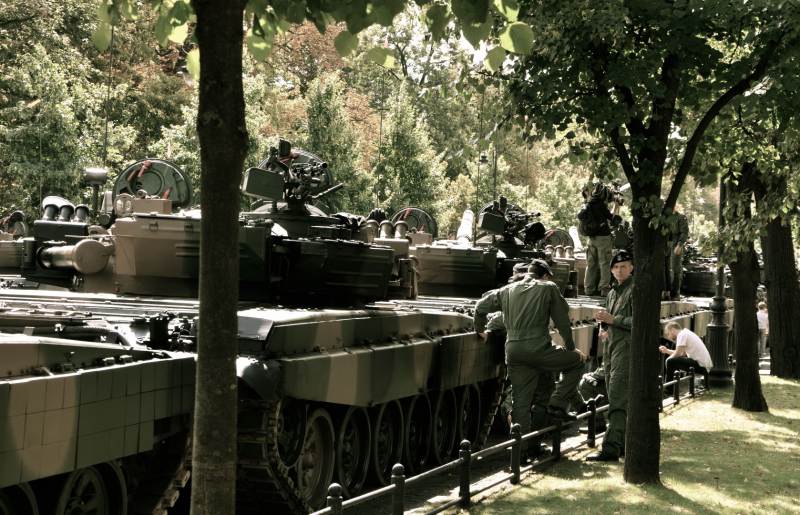 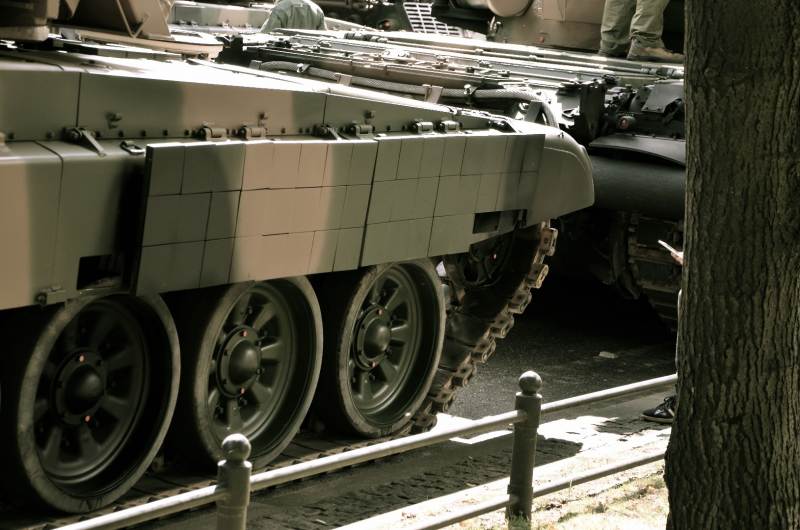 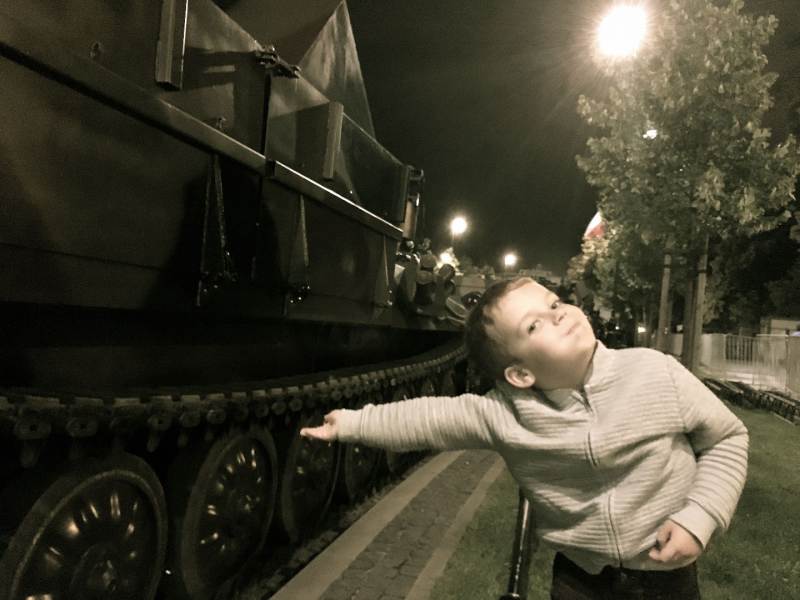