A compass with sights or a map compass - which device to choose? 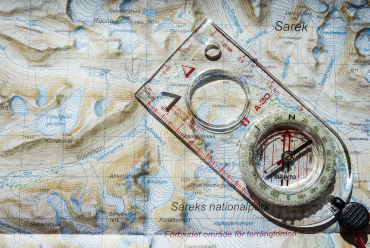 If I were to name the most underrated piece of equipment, I would point out the compass without hesitation. This navigation device is the hero of some of the least watched videos on our YouTube channel. Why? Because it is inconspicuous and rarely used. When you buy a new hammock, tent or sleeping bag, you will immediately feel the satisfaction of the increased comfort of forest camping. It is different with the compass - it requires patience and effort put into learning navigation techniques. But even if you become a master of navigation, you won't use the compass as often as your hammock and sleeping bag. You will most likely reach for it only when the electronics fail or you lose the GPS signal. At such moments, a properly selected compass simply saves lives.

Compass - which one to choose?

I found out about the usefulness of the compass in 2014 near the Arctic Circle, when the powerbank refused to obey. It was this inconspicuous compass that led me out of the complete wilderness. There is no doubt that it is worth having a compass and knowing how it works. The question is, what should you pay attention to when choosing it? 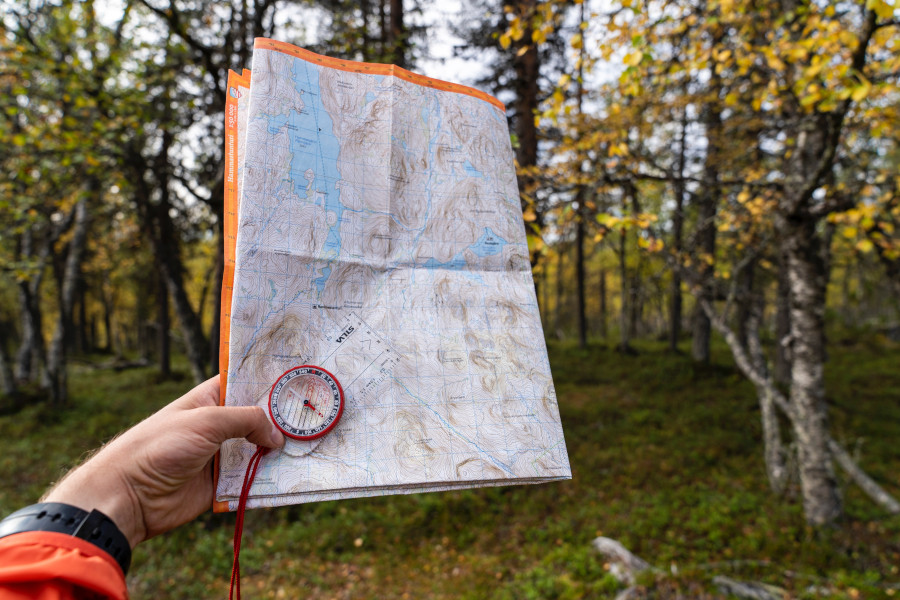 Nowadays, the most popular choice is plate compasses - a transparent plate that fits in a pocket is perfect for navigating with a map.

Type of instrument. A large compass with sights or a plate compass?

Let us start with the type of device. The type of compass primarily affects the weight and the ease and manner of carrying it.

Military compass in a metal case

A large military compass has movable magnifying glasses and sights - a front sight and a rear sight to determine the direction, and sometimes also an inclinometer, which is used to measure the slope of the terrain. Despite the collapsible design, it's better not to carry it in your pocket as its angular design can chafe your skin. However, solid workmanship means high resistance - the aluminum cover strongly protects the device, so it is not afraid of damage. 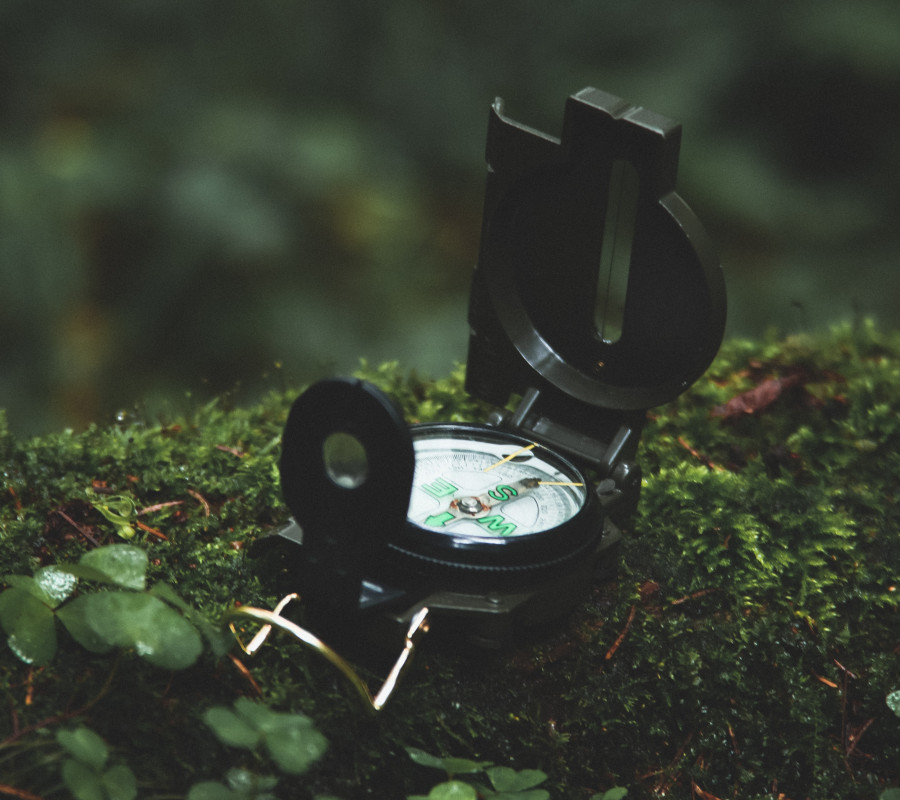 The traditional compass is a durable device with bead sight and rear sight.

Nowadays, the focus is on lightweight plate compasses, otherwise known as map compasses. They look distinctive - they are flat and transparent. In a plastic plate you will sometimes find a magnifying glass for a map, an inclinometer or phosphorescent elements in the dark. The strings added to the devices allow you to hang the map compass around your neck to have it always at hand.

A tiny compass just in case

In addition to the two types of compasses mentioned above, there are a lot of gadgets at your disposal, such as a belt compass. Pinned on the belt will be useful for not too complicated navigation. The advantages of button compasses, belt compasses or wrist compasses are primarily that they take up very little space. 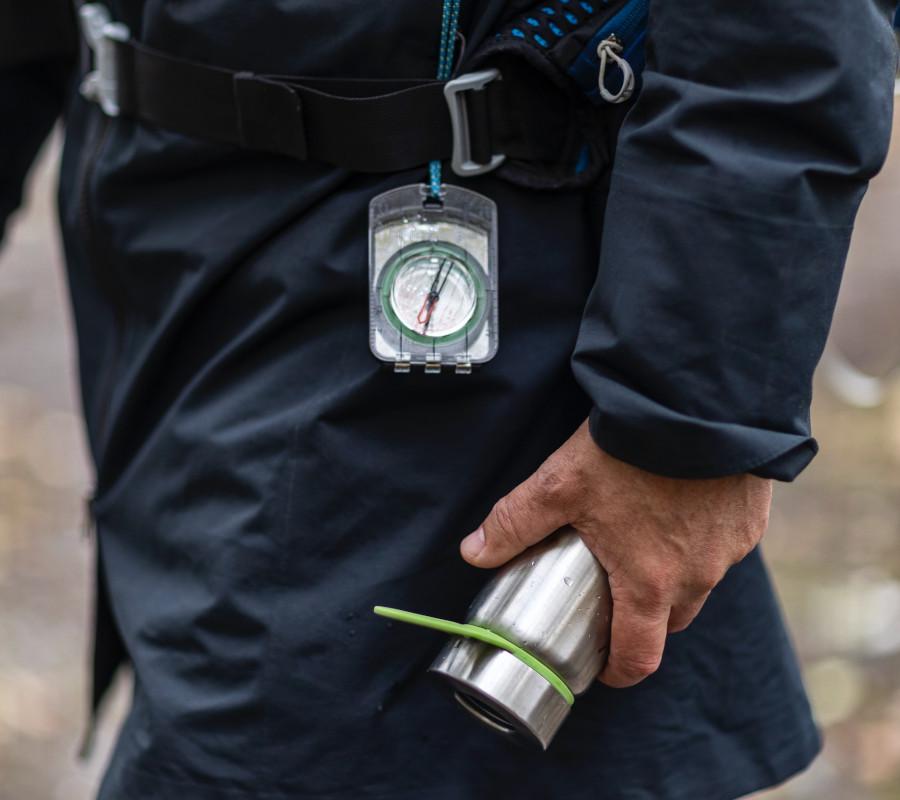 Usually map compasses are offered with a string to hang around the neck.

Pay attention to the limbus

Limbus is a rotating ring with which you can set the direction of your march. In low-quality compasses, the limbus usually rotates without a noticeable resistance, and this carries the risk of spontaneous rotation of the ring, e.g. when putting the compass in a pocket. If you do not remember the azimuth (the angle between the north and the direction of the march), you can unknowingly change the direction of your march after taking the device out of your pocket. Therefore, the limbus should slide smoothly, but quite heavily, as in the Highlander Pathfinder compass, which I recently tested on our channel.

Magnetic needles and the precision of compasses

The magnetic needle should respond with minimal delay. It is unacceptable for the needle to jam or not respond to a sudden turn by 180 degrees. A well-magnetized needle in a plate compass will work even when the device is held at a slight angle and it does not lie perfectly flat on the hand. This is especially important when navigating in dense bushes, where you are forced to constantly monitor the azimuth while walking, due to the lack of landmarks. Equipped with the most sensitive needle, the models will prove themselves even during orienteering. 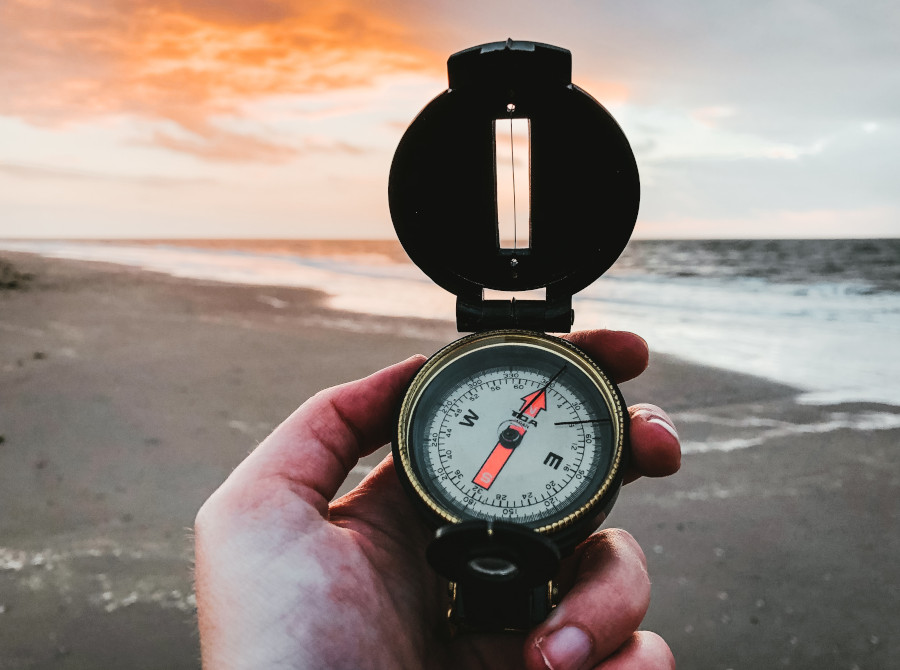 The compass needle must be highly magnetized - this way it will quickly point in the right direction, even if you turn a few times.

Rulers and scales on the compass

The ruler in the plate compass does not differ in any way from the school ruler and, just like it, is sometimes imprecise. Therefore, before buying a model, check that 1 mm really corresponds to one millimeter. There are also several scales for measuring distances on maps on the map compass map compass