50 faces of Buff, or how to wear a multifunctional scarf 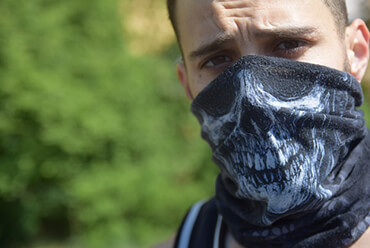 With a multifunctional scarf, it is a bit like Duct Tape, it can be used in many ways, and its use depends only on our imagination.

The first balaclava was developed and designed in the early 1990s by Juan Rojas, a motorcyclist and an off-road participant. It was also he who came up with the name for a new part of clothing, which protected both the neck and face from wind and sand while riding. The term buff comes from the Spanish language from the word bufanda, or scarf.

Currently, Buff® is a registered trademark of the Original Buff brand. That is why most of the unoriginal Buff® scarves that are available on the market are referred to as multifunctional scarves or shawls. However, do these "non-original" buffs lose their practicality and use? Definitely not!

That is why we present to you the most popular and practical ways to tie and wear a multifunctional scarf.