10 war movies that you must see! 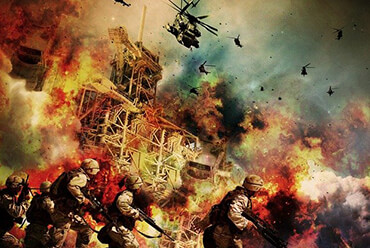 The battlefield, dust and dust rising above it. Sounds of shots, explosions and human scream. The sound of machine guns and the timbre of moving tanks. Who among us does not like to watch it at the cinema or on the TV screen. Often it's blood, sweat and tears. Emotion and anger. Emotions that affect heroes and draw us - viewers. Hate and love. A fight whose death is an indispensable partner. Below are 10 war movies that you must see!

The film is set during World War II. The film tells the story of Desmond Doss - an ordinary boy from a small American town. The life of the main character changes completely when he enters the army. He is a character who stands out from the rest of the young boys. Desmond promised himself that he would never touch the weapon. He bravely persists in his moral convictions and, along with the rest of the group, is sent to the fighting on the Japanese island of Okinawa. The director does not spare us scenes in which the limbs are torn off and together with other body remnants fly into the air. The battle scenes are so engaging that we almost feel like we're in the eye of a war hurricane. It is worth adding that in 2017 the “Hacksaw Ridge” won two Oscars in 2017: for the best editing and for the best sound. The film is definitely worth recommending. 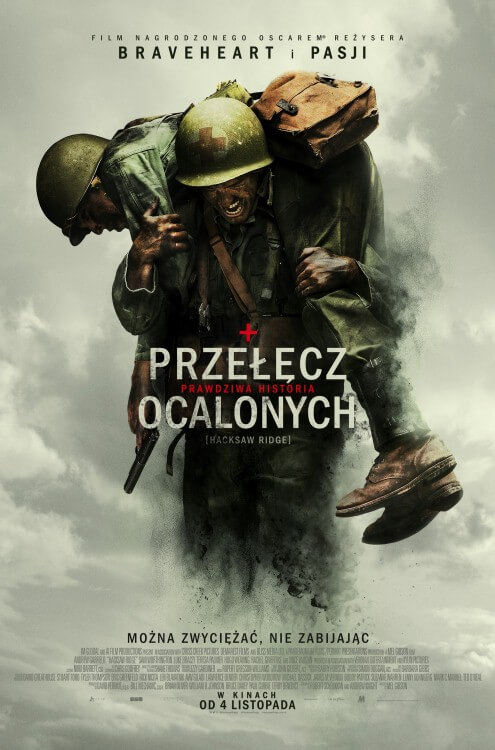 Somalia in 1993. Civilian population tormented by civil war and hunger. A UN that makes fruitless attempts to help a poor community. American army troops enter the action to bring peace to Somalia. The title of the movie refers to the main plot. A group of soldiers is sent on a mission of about 30 minutes, which unexpectedly turns into a battle of several hours. Along with the downing of two helicopters, American soldiers have to face the enemy in uncomfortable land. What makes this film stand out is its high historical fidelity. The fight scenes are impressive. The uncertainty that accompanies the characters also spreads to the viewer. The film has a great cast, including: Ewan McGregor, Orlando Bloom and Eric Bana. Oscar winner for the best sound and best editing. 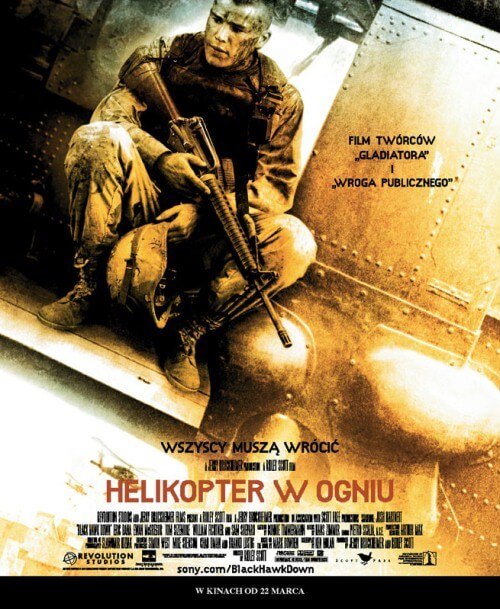 The director's name alone is interesting, what could he come up with again. Well, yes, no one but Tarantino would have come up with an equally absurd and brilliant idea. The film is set in France. A group of American soldiers of Jewish descent, led by Lieutenant Aldo Raine, are trying to plan an assassination attempt on Adolf Hitler. Initially, the American division focused on sowing terror among the Nazis. They use techniques such as brutal killings, scalping German soldiers and other subversive actions. The most important work of destruction is to be done in a Paris cinema, where Adolf Hitler is to appear at the premiere of the film. Will the attempt be successful? You have to convince yourself. Quentin Tarantino has selected a great cast for his film. Actors such as Brad Pitt, Melanie Laurent, Christoph Waltz will always make the level of the film rise up. "Inglourious Basterds" received one Oscar for Christoph Waltz for the best supporting role. 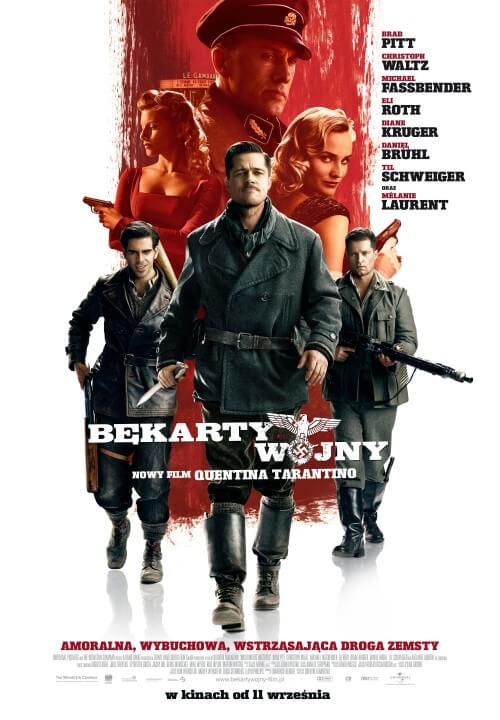 Another film also tells about the fate of American soldiers during World War II. This time, the director takes us to the Japanese-occupied island of Guadalcanal. A film adaptation of the work of James Jones, of the same title, shows the fate of individual soldiers. The camera often focuses on selected characters. Fighting begins deep in the island. They are very brutal. American troops suffer heavy losses. The film also shows some contrast. Here is a soldier walking with modern, heavy equipment meets a native who lives in harmony with nature. For the natives, the movements of the American and Japanese armies are incomprehensible. The most visible feeling that accompanies all heroes is fear. The film was nominated for Oscars in 7 categories. 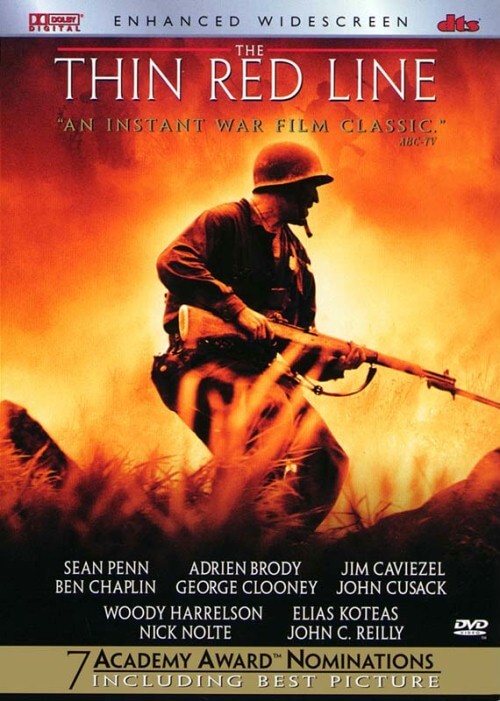 The only Polish film on the presented list. The story concerns the Polish and Ukrainian people living in the Wołyń countryside. Initially, the idyllic image of the local community makes us envious of the openness and mutual respect of the film's heroes. Everything changes the beginning of World War II. The Ukrainian population first gladly greets the Red Army, and a few years later with similar enthusiasm the Nazi army. Then the real slaughter begins. Germans are starting to kill Jews, while Ukrainians are starting to kill Poles. In retaliation, Poles are murdering Ukrainians. Wojciech Smarzowski is known for showing reality as it is. The film focuses on historical events, shuns evaluation. 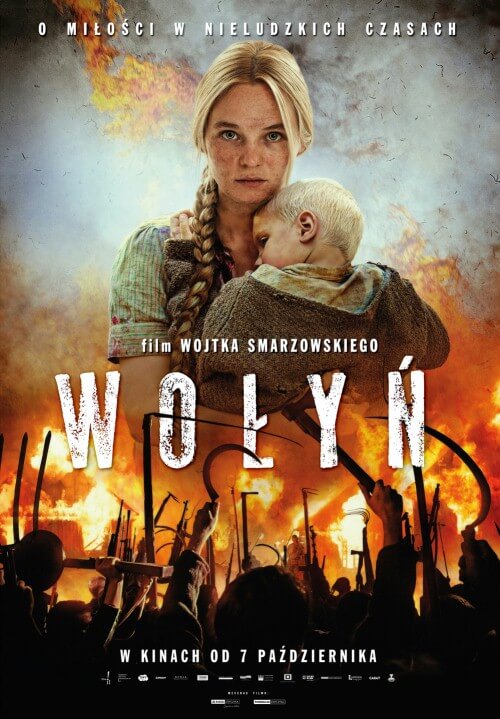 In this case, we are dealing with a film adaptation of the story of Joseph Conrad entitled "Heart of Darkness". Captain Willard is ordered to find and eliminate the American deserter Walter Kurtz. The fugitive decided to create a community of people subordinate to him somewhere on the Cambodian border. Willard and a squad of soldiers rush to find Kurtz. The captain is witnessing bizarre scenes in which one of the commanders makes his subordinates surf or shoot helicopters in the company of classical music. Marlon Brando plays the role of Walter Kurtz. The film received two Oscars - it won in the categories of best photos and the best sound. 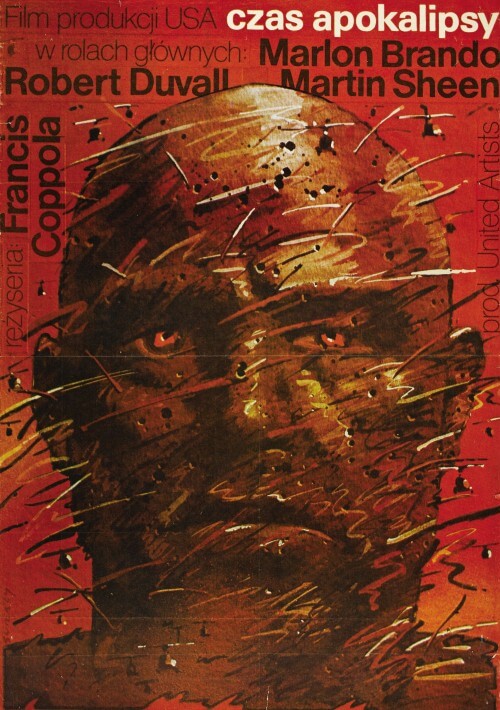 The story of the best shooter of the elite Navy SEALs unit. Chris Kyle goes to war in Iraq, where he is the title sniper. The film shows what difficulties a soldier has to face on the battlefield and after returning to his homeland. Everything is alien to him. He cannot find his place in the reality of the average person's life. Bradley Cooper plays the role of Chris Kyle. Clint Eastwood gives us a heart-catching picture. The film won the Oscar in 2015 in the best sound editing category. In addition, he was nominated in five other categories. 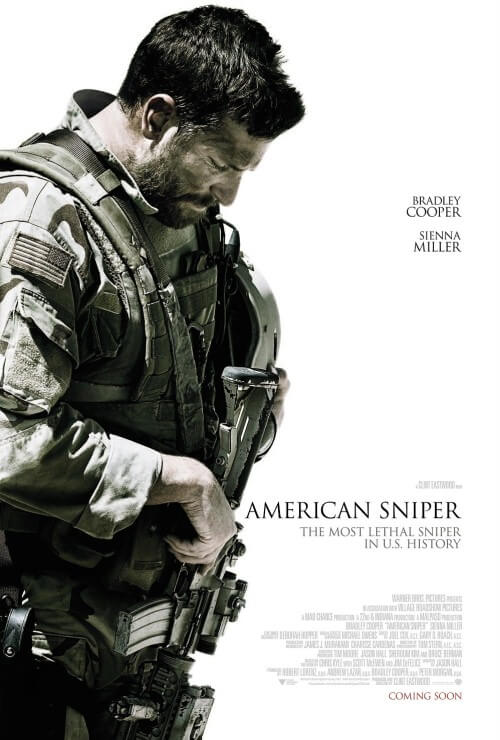 World War II. Besieged Stalingrad. Young Soviet sniper Vasily Zaitsev is facing an experienced German soldier. Only one can get out of this duel alive. The film shows the effort of fighting in completely destroyed Stalingrad. Opponents use different tricks to be winners of the game. The fight is divided into several games in which rivals face each other. Of course, this is a big simplification, because they both can barely see each other buried in their hideouts. In the background is the story of the feelings of a young Russian. A film that is suspenseful to the end. Great roles of Jude Law and Ed Harris. 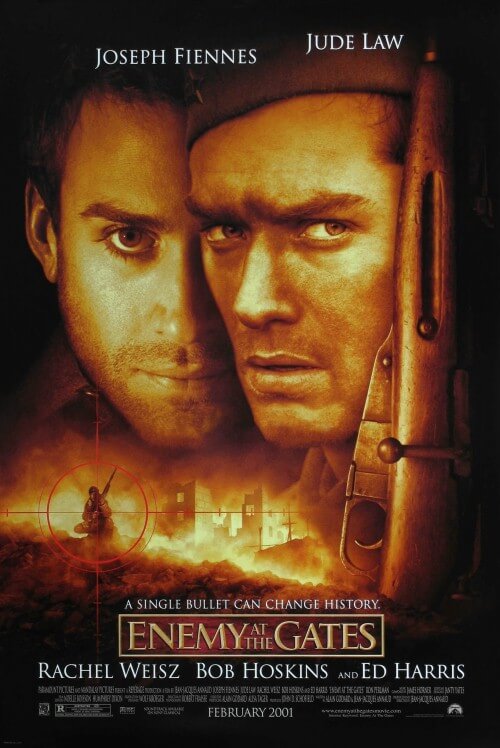 A cult film showing the effort of fighting American soldiers in Vietnam. Starring Mel Gibson, who plays Colonel Hal Moore. The action begins with the farewell to the American unit and departure to enemy territory. The soldiers are immediately thrown into deep water and are exposed to the sight of death, suffering and bloodshed. The fights last three days and three nights. American troops are surrounded by the enemy, but bravely face him. The picture also shows the reaction of families to the death of their loved ones. Randall Wallace shows war from inside and outside. An immersive movie that will move anyone. 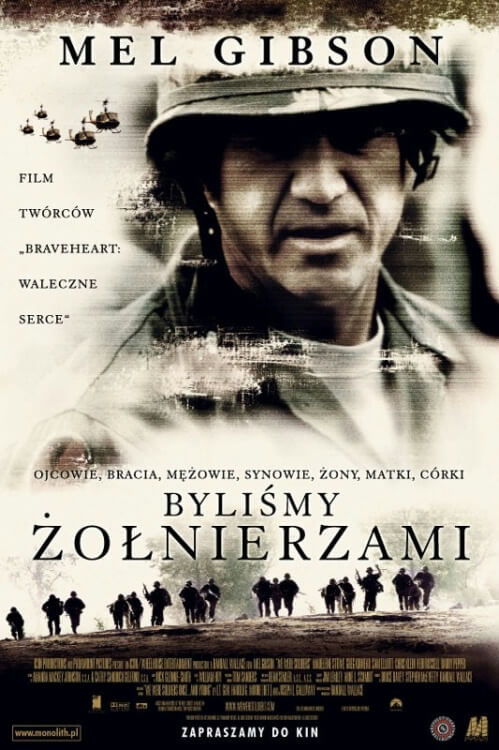 This film is a must on the list of every military maniac. It shows the struggle, male friendship, devotion to the homeland and war along with its worst traits. Captain John Miller, after reaching the coast of Normandy, learns that he will have a unique task. His goal will be to find James Ryan, the last of four brothers who is alive. Miller and a detachment of soldiers rush to find the missing man. During the trip, people led by Miller begin to have doubts about the sense of risking their lives in the name of one man. Excellent role of Tom Hanks and young Matt Damon. The film has received many awards, including five Oscars. For the best sound, editing, sound editing, for the best photos. Steven Spielberg won his statuette in the best director category. 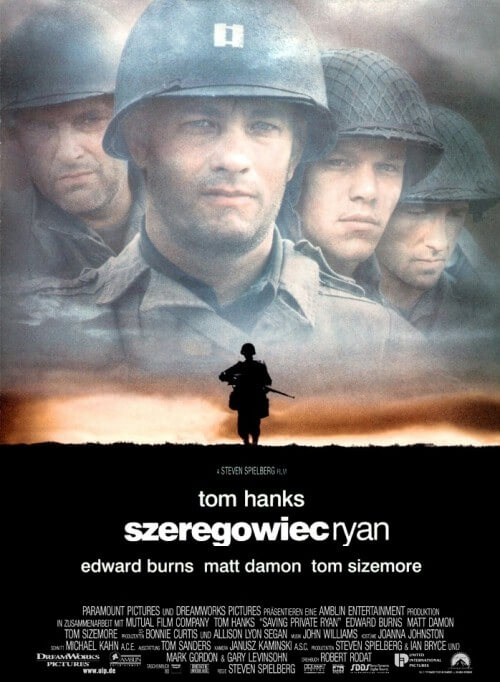