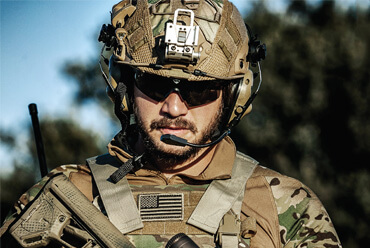 Combat actions take place in various scenarios. Both in forest areas and in the city. It is the spatial conditions that determine the color of the soldier's uniform. Part of the world's armies create their own camouflage patterns, private companies also do it on request. The point is not to make the camouflage stand out. It is supposed to be effective, i.e. it is supposed to integrate the adept of the art of war into the field. Of course, some of the patterns are specific to a given army. That is why we decided to introduce you to the 10 most interesting military camouflages that you can find in our store. 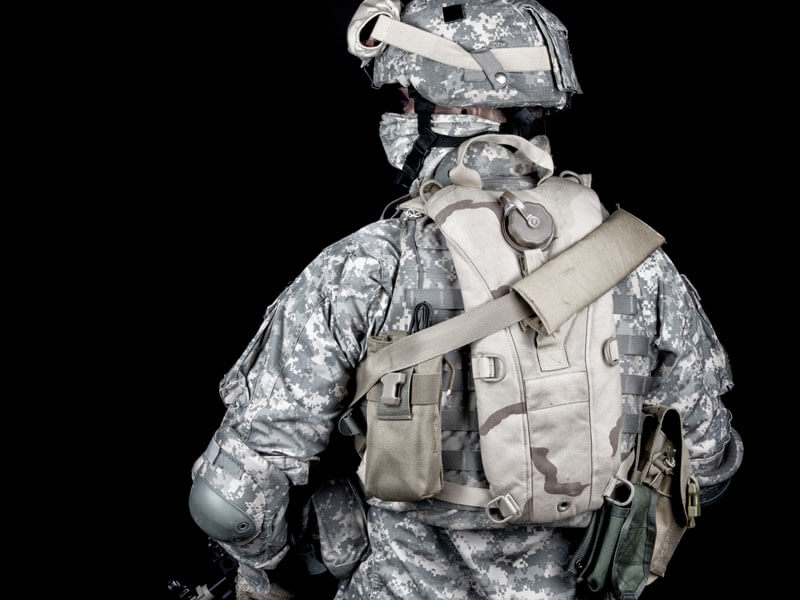 The idea behind the creators of the popular UCP camouflage was to create a pattern capable of being useful in any environment. Thanks to this, it was not necessary to create separate camouflages for urban areas, desert, forests or jungle. In 2004, the US Army officially began using the UCP. However, after a few years of use, it turned out that this is not the best solution and in 2019, on October 1, the Universal Camouflage Pattern ceased to be used. 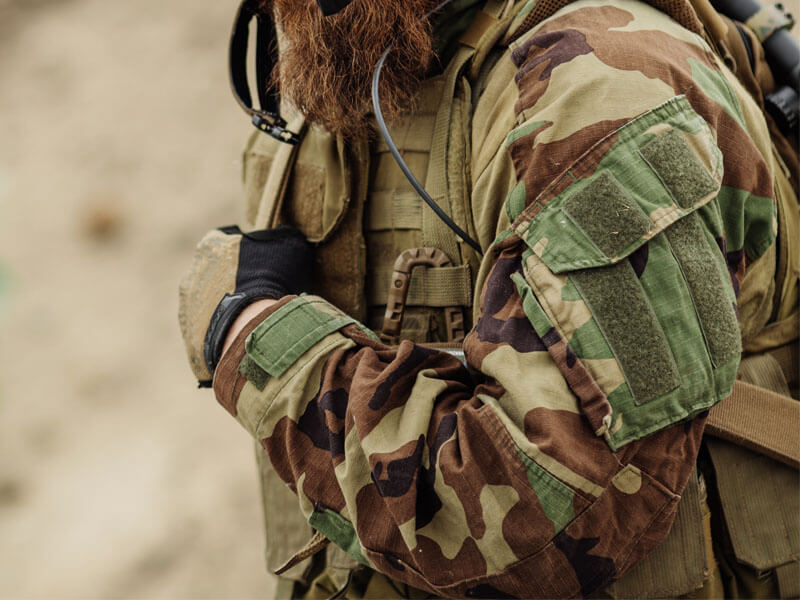 One of the most popular and recognizable camouflages. Made for the US Army. It was also used in other armies around the world. Woodland was introduced to use in 1981. Initially, the uniform was made of heavy material which was not suitable for hot and humid areas. Later versions were made of cotton reinforced with a Rip-Stop mesh. The M81 Woodland remained in use until mid-2000.

The digital version of the Russian Flora camouflage began its full-time service in 2011. Of course, the design has its origins in predecessors such as VSR and Flora. The EMR camouflage is available in many color versions, however the most popular is the small pixel forest type in black, red-brown and green on a pale green background. Similar camouflages are used by military forces in Central Asia. 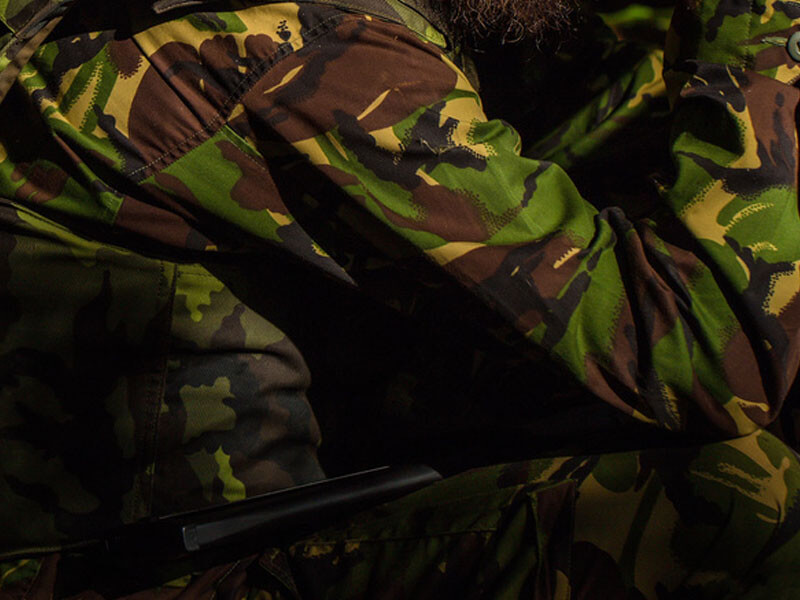 Disruptive Pattern Material was created in two versions: forest and desert. This was the standard British Army camouflage pattern from the 1960s to 2011. Due to its design, it made it difficult to see the wearer's contours. Over the years, the DPM camouflage has been changed so that the spectrum of its use is as wide as possible. It remained in service until the implementation of the MTP camouflage. An interesting fact is that DPM is still used by reserve units and is very popular among other combat units around the world. 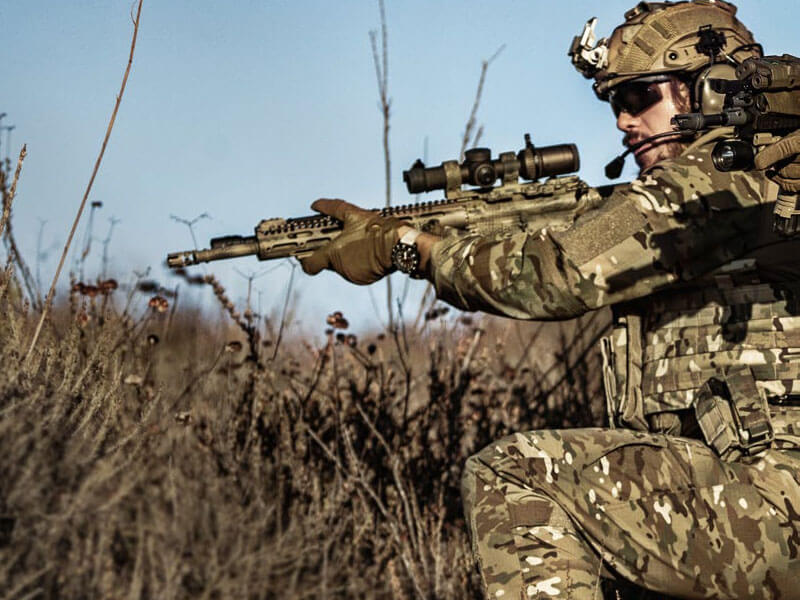 It's a multi-environment masking solution. The MultiCam® Crye Precision camouflage was adopted by the US military in 2010 for all tactical operations in Afghanistan. The intention of the creators was to develop a pattern that will replace the 3-Color Desert and Woodland camouflages. It was all about versatility across a wide range of conditions.

This is a camouflage currently used by the Swedish Armed Forces. Used by the Swedish army in international peacekeeping missions. Despite its abstract form, it is used in various areas. The design of the M90 pattern first appeared in the 1980s and is still timely and useful. The creators of masking instead of black and gray, which emphasize the patterns, opted for light blue. This combination works best in low and variable lighting conditions. 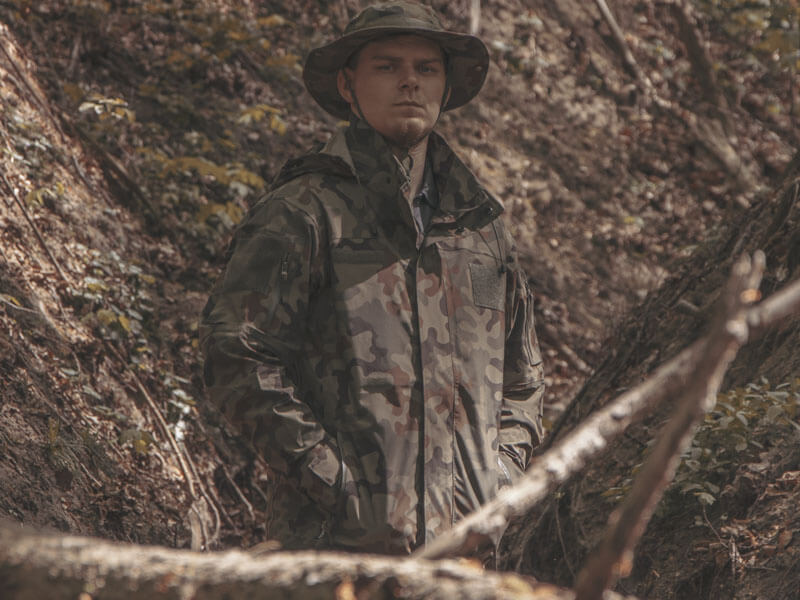 Camouflage developed by one of the officers of the Polish special unit GROM. In the mid-1990s, he was admitted to the entire Polish Armed Forces. It is characterized by the irregular distribution of spots. Masking passed its baptism of fire during a mission in the former Yugoslavia. In 2002, a desert version of the popular Panther was presented. 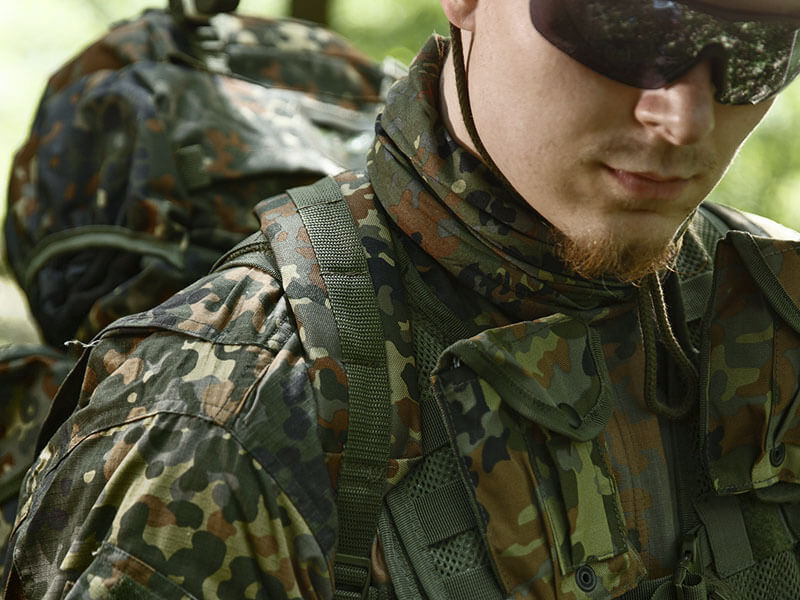 Today's version of this camouflage is the final product of work that ended in 1989. The camouflage was designed for the German army. The most important element of masking are spots, its task is to create a "diffuse" effect. This causes the sharp edges between colors to blur, making the character harder to see. 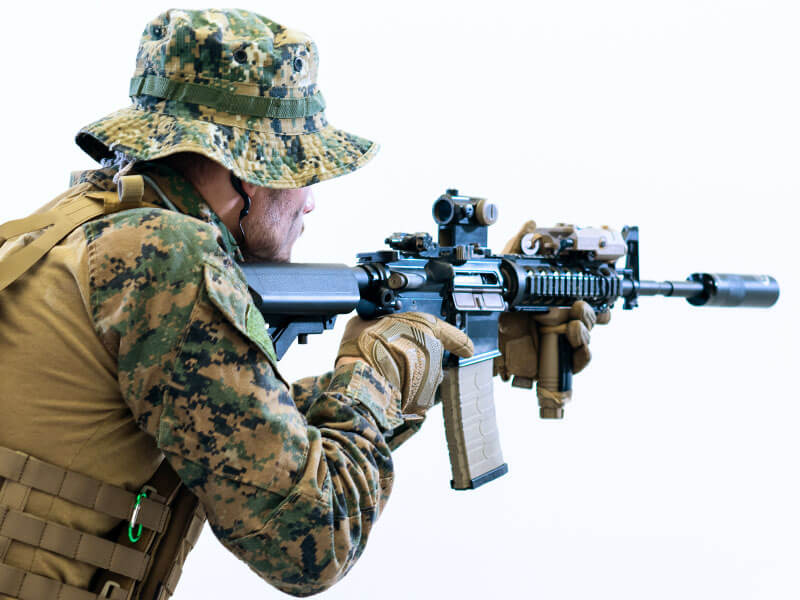 The idea of "digital camouflage" started in Canada, the government of which put into use a computer-designed algorithm involving pixel shapes. The USMC followed the same lead to distinguish the Marines from other US military services. The result is the MARPAT camouflage, or Marine Pattern. The model was adopted in 2001.

The above term refers to the entire family of military designs used in the 1960s and 1970s. It was used by the South Vietnamese Army and by US special forces during the Vietnam War. Probably modeled on the French TAP47 camouflage. It has never been officially adopted by the United States.